There seems to be a misconception in modern society that our ancestors were incredibly straight-laced and that entertainment for them was to sit around exchanging cholera survival stories and attempting to ford a river without losing their oxen. But humans are remarkably clever, and rather than sit around bored waiting for death, they created a bunch of ridiculous games to help speed up the process. 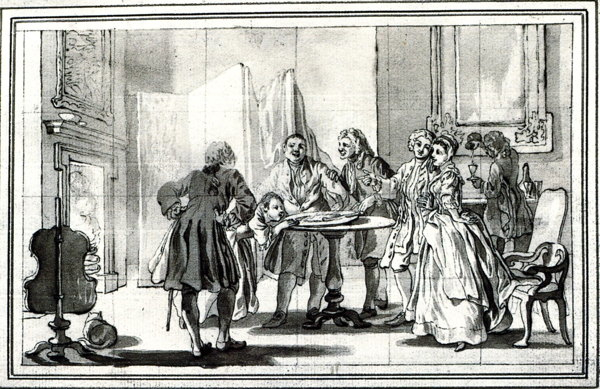 Bullet Pudding was extremely popular in Regency-era Britain because it combined two of their favorite things: people humiliating themselves and live ammunition. In this game, the host of the party fetches a large serving dish—the size of dish you would serve turkey on at Thanksgiving. Then, a mountain of flour is assembled, roughly two feet high, and a bullet is placed at it’s summit, balanced precariously. Like a primitive version of the game Jenga, each player takes turns poking at the flour, causing minor flour avalanches that eventually lead to the bullet falling deep within the recesses of the flour mountain. Here’s where it gets fun!

The player whose avalanche caused the bullet to fall must put their hands behind their back and slam their face into the flour mountain, digging around using only their face and mouth and retrieve the bullet with their teeth. It can be read in the diaries and letters of the people who played this game back then that the real challenge of the game was to do all of this without laughing too hard, because if you did you would run the risk of inhaling the flour and choking yourself to death. This game is truly a timeless classic. Substitute cocaine for flour and you have a family reunion you won’t soon forget . . . just ask Amy Winehouse.

9
Are you there, Moriarty? 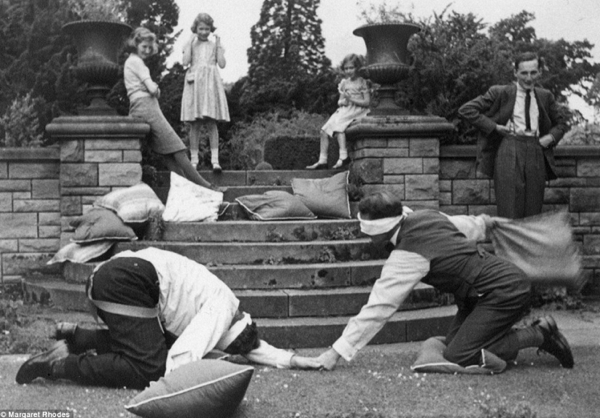 Professor Moriarty was the arch-nemesis of Sherlock Holmes in the classic stories written by Sir Arthur Conan Doyle during the Victorian-era. People despised him so much for his fictional transgressions against a a guy that walked around in a safari helmet with a Baskerville pipe, that he lives in infamy as the target of angst in a popular game of the same time period. It is a two player game where the players blindfold each other, hold one hand each and lay on their stomachs. In the other hand, they hold a rolled up newspaper and call out, “Are you there, Moriarty?” The other player replies, “Yes!” and then the player who asked the question tries to hit the other player in the head with the newspaper. That’s it. Someone gets hit in the head with a newspaper, and everyone maniacally laughs until it fades into awkward silence. 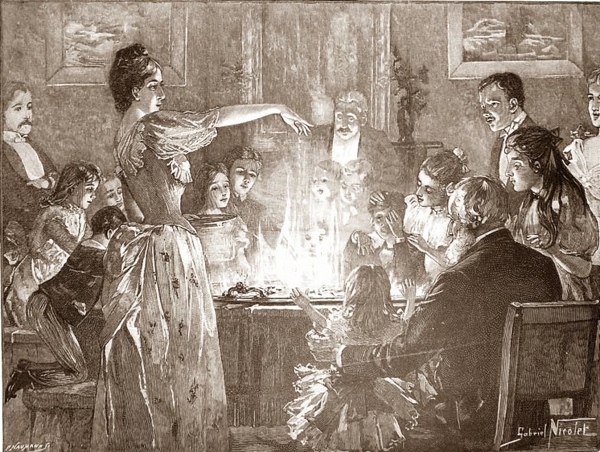 Although this game was only popular from the 16th century to the mid 19th century, getting drunk and lighting things on fire has never lost its luster for the human species. The game was simple: fill a bowl with brandy, put several raisins or plums in the bowl and let them sink to the bottom, and light the brandy on fire. The entire object of the game was to retrieve the raisins from the bottom of the inferno without burning yourself too badly. The worst part about it is that you bravely charge into a burning bowl of brandy, risking life and limb and your reward is the worst dehydrated snack food in existence. 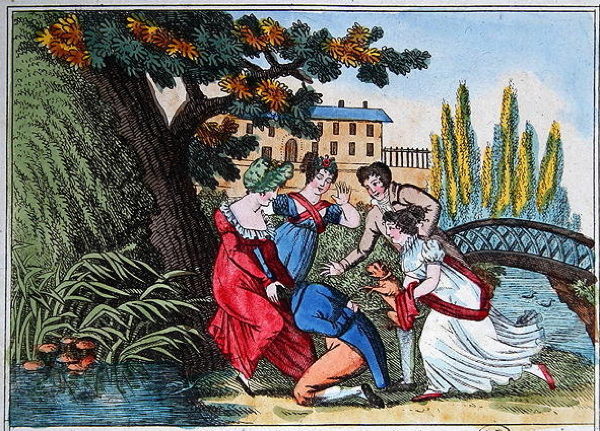 Hot Cockles sounds like the name of something you buy at a food truck that is absolutely delicious and greatly shortens your life expectancy. Turns out only the second part is true. This is a Victorian-era variation of everyone’s favorite classic Blind Man’s Bluff, because apparently it was such a good game that it needed spin-offs. One person sits in a chair while the main player puts their head in their lap. One by one, everyone else comes up behind them and kicks them. The object of the game is for the guy being kicked to correctly guess who just kicked him. If he gets it right, the person he identified is the new punching bag. Sometimes the simplest things are the most memorable, but if you can’t manage to remember, the bruises will help. 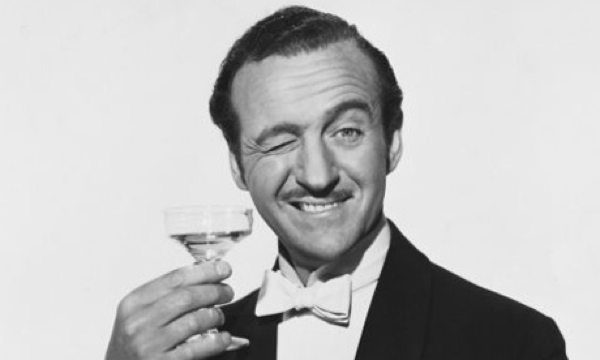 Wink Murder, you’ll be happy to know, is also known as Murder Wink, Wink Death, or Wink Wink Murder. How many evil, murderous names do we really need for one game? There are many variations of the game, but the most standard way to play is to assign one person as “the murderer” and one person as “the detective.” The murderer conceals his identity the best he can as everyone else carries on having conversations about random things. At some point he makes eye contact with someone and winks at them, at which point they feign sudden death and collapse on the ground. The detective needs to use deductive reasoning to try to find out who the murderer is, and the murderer just needs to kill as many people as possible. Family game night! 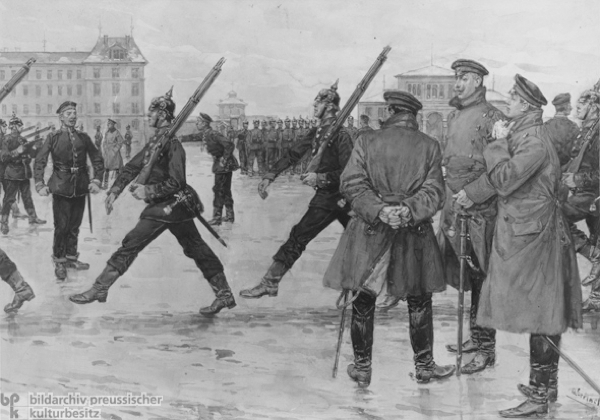 If you’ve always had the dream of getting bossed around like a military recruit in basic training, but never could quite pull the trigger on enlisting, this game is for you. One person is assigned as the captain and everyone else stands in rank and file formation and strictly follows any order the captain gives, without laughing. He gives them commands for a while until everyone is bored and then the game ends by him commanding everyone to get down on one knee. He then walks over to the person that is the furthest to the left or right and pushes them inward so that they crash into the next person and everyone falls over like dominoes. Sounds more like aggravated assault to me. 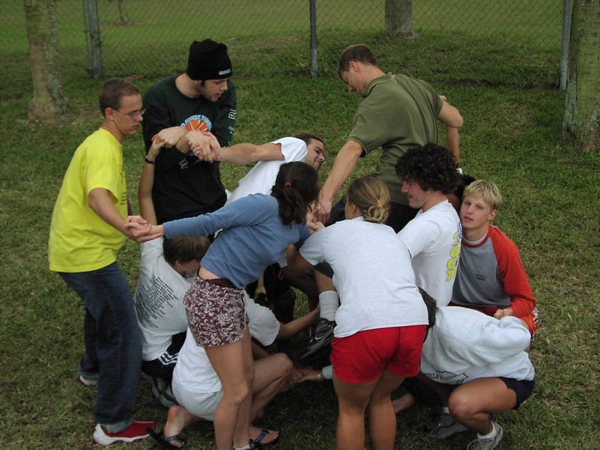 No one knows who Reverend Crawley was, but he’s probably haunting someone’s cottage in England angry about the fact that the only thing people remember him for is a children’s game. He shouldn’t feel too bad though, it has stood the test of time. Even today this game is commonly used as an icebreaker among new groups of people, or even just an exercise to build teamwork. First, eight to ten people get in a circle and put their hands in the middle. Then everyone tangles their arms up and grabs the hand of someone else on the other side of the circle. No one can let go of anyone’s hand, but the group must untangle themselves back out to a circle. This usually requires a great deal of acrobatics, flexibility and patience. Why was a reverend playing this game anyway? 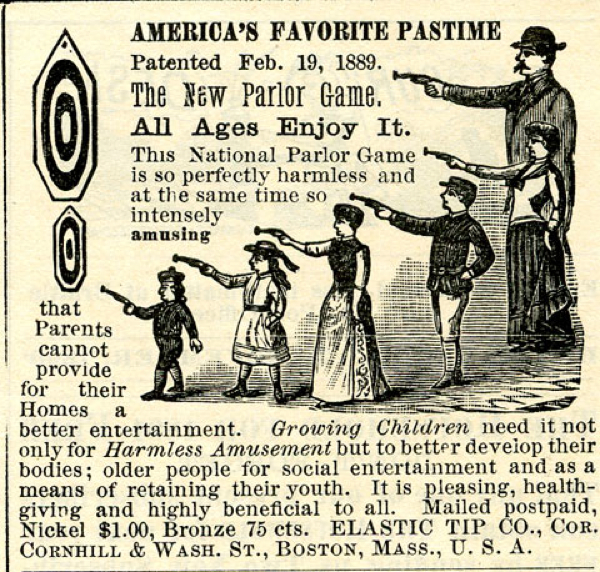 If you’ve ever dressed up as Santa Claus and worked the donation kettle for the Salvation Army, you’re going to be amazing at this game. One person is given a bell while everyone else blindfolds themselves. The bellman sneaks around the room periodically ringing the bell while everyone else tries to use the sound of the bell to lunge towards him and catch him. It was played mostly in the Victorian-era which I guess was still too early for people to realize the inherent danger of several blindfolded people all running towards the same place with conviction.

2
The Ball of Wool 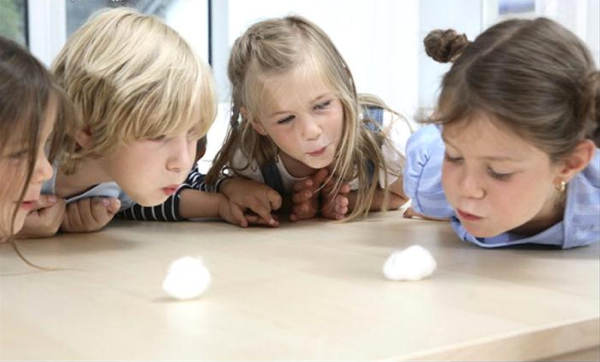 This game would have been popular for much longer if it weren’t for Victorian-era dentistry and the breath that must have gone along with it. Everyone sits around a table with a piece of wool directly in the center. When the game begins, everyone blows as hard as they can at the piece of wool, trying to prevent it from being blown off their side of the table. If the wool is allowed to fall, that person must pay a penalty by doing one of various bizarre things pre-designated by the group. Alternatively, there is a list of approved and suggested penalties that most people kept to, oddly endorsed by some sort of parlour game lobby of the 1800s. 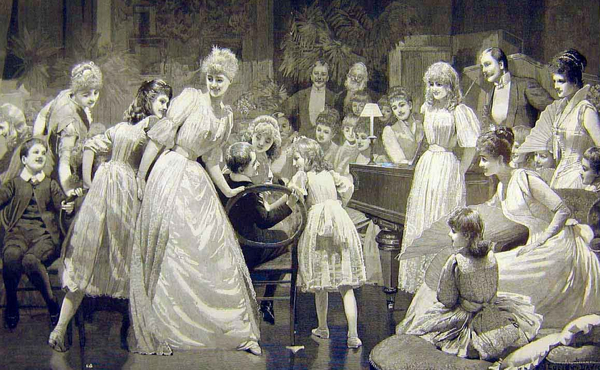 It is mind-numbing to consider the fact that out of all the parlour games people used to play, this is the only game where the instructions typically tell you to proceed with caution. The warning actually has nothing to do with human safety, they just urge players to clear the room of precious valuables on the off-chance things get dangerous. If simon says and musical chairs had an illegitimate love child, this game would be it. One person is “it.” They stand in the middle while everyone else sits around them in a circle of chairs. The player in the middle asks someone in the circle, “Do you love your neighbor?” that person has the option to say “No”, which forces the people adjacent to them to run around the circle and try to grab a new seat, or they can say, “Yes, except those who wear . . . ,” (brown, blue, etc.) at which point anyone who meets the criteria has to scramble for a chair. The person in the middle will almost always get a chair because they are so much closer, so the one leftover player takes their spot. There’s no way to win the game, it ends either when the players reach retirement age or someone is knocked unconscious by a priceless figurine.