A certain amount of hype has surrounded crime scene and crime lab jobs on TV and in movies for quite some time. We know that these personnel take pictures, put down little yellow numbers to mark evidence, and analyze DNA and fingerprints.

This is the exciting, flashy stuff with which we have all become familiar. However, there’s more to the science of forensics than what we see in the media. Here is some equipment used behind the scenes that you may not have known about. 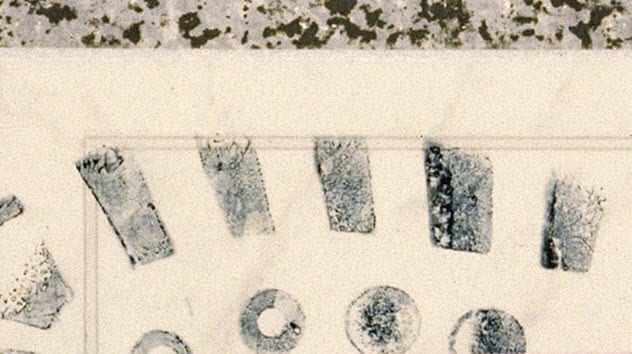 Technically, this is two things, but they both enhance bloodstains. The fun, fancy chemical that you usually see on the big screen makes blood give off an eerie blue glow. That chemical is either luminol or Bluestar.

They are only used to visualize blood that has been cleaned, has been washed away by rain or water, or is not visible to the naked eye for some other reason. The glow is difficult to photograph, and the chemical is just an all-around hassle to work with. So investigators are typically not itching to use it. Luminol is also considered a carcinogen.

Amido black and leucocrystal violet (LCV) are two chemicals that will enhance bloodstains that are difficult or impossible to see with the naked eye by dyeing them a darker color. These substances are most useful on bloody fingerprints, footprints, shoe prints, or any other kind of impression made in blood.

The practical difference between the two is that amido black needs to be rinsed. Otherwise, everything it touches will be dyed a dark blue. LCV is clear when applied and only turns dark purple when it comes into contact with blood. So there is no need to rinse it.[1]

As a result, amido black is best used on objects that can be held up and rinsed off and LCV is applied to things that would be hard to rinse, like the floor. 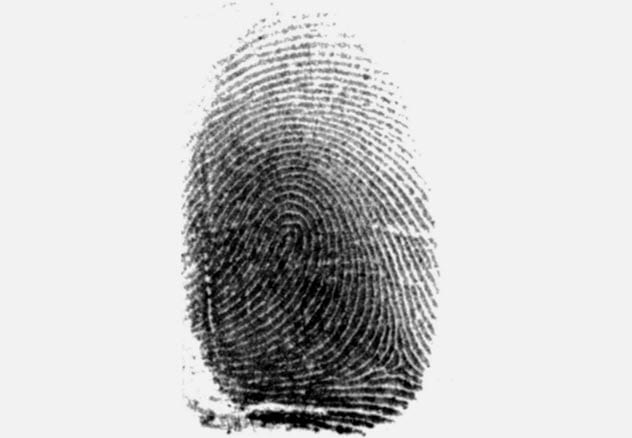 Another twofer, these are the most commonly used dye stains in latent fingerprint processing with little practical difference between them. There are times when the classic black powder and lifting process may not preserve a fingerprint well.

For example, if a fingerprint is on a slightly textured surface, the black powder will get stuck in the cracks and crevices of the surface as well as the fingerprint. This creates so much background noise that it will be difficult to see the fingerprint. To avoid this, it is best to use a dye stain instead. 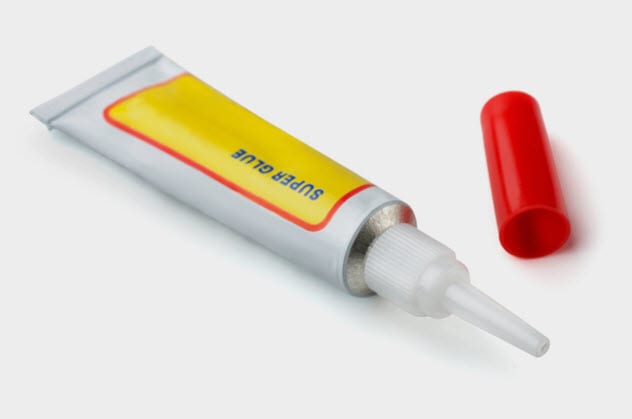 As mentioned earlier, superglue is an essential part of the dye staining process, but it also has benefits when used on its own. When you open a bottle of superglue, you have probably noticed that it has a potent smell. That smell is fumes escaping from the bottle, which is made up of vaporized superglue particles. It is a bad idea to inhale these particles.

Superglue is used with the help of a superglue chamber. An object with potential fingerprints on it will be put in a box (the chamber) with a humidifier and a heating element. A dollop of superglue in a tin is placed on top of the heating element. The glue will vaporize faster when it is heated. Meanwhile, the humidity provided by the humidifier helps to circulate it throughout the box and make sure it evenly covers the item placed in the chamber.

The superglue vapor is fabulous because it clings to moisture, which is present in fingerprints but not on the rest of the item unless you put a currently or recently wet item in the chamber. This turns the fingerprints white. They can be photographed as they are or further processed with powders or dye stains.[3] 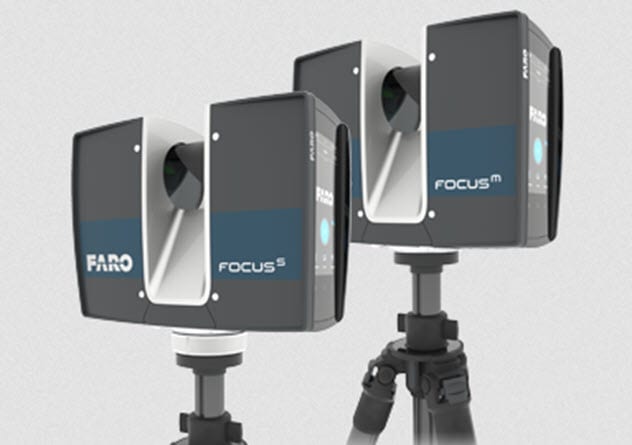 This is generally the coolest and most expensive piece of equipment available to crime scene personnel. If you want a 3-D representation of a room, the only choice used to be hand-drawing the room.

This was time-consuming and labor-intensive. It also required a great amount of skill. Still, the person drawing the room would likely leave out cluttering items that were not relevant to the case, so it was only a partial representation of what the room actually looked like.

Then came the 3-D scanner. You can take the scanner, put it in the middle of the same room, and turn it on. It will rotate 360 degrees while taking photographs of the entire room and the objects in it. Not only that, but it will measure the distances from the scanner to the walls and to objects in the room.

It takes about 10–30 minutes per scan, which totals much less time than it would take for the hand-drawn sketch to be finished. It also requires much less skill to operate, and the final product is a more accurate representation of the scene. It is certainly worth the money.[4] 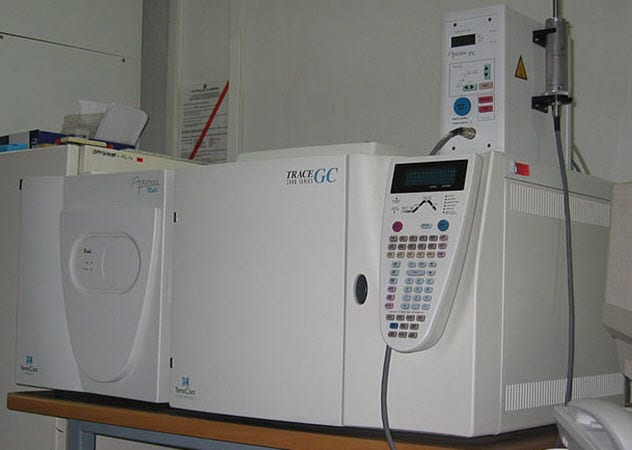 This is a long name for something that is probably the most vital piece of analytical equipment in the crime lab. The gas chromatography–mass spectrometry (GC-MS) instrument is basically a long tube attached to fancy machinery that is connected to a sensor.

In a nutshell, an unknown substance (usually an illegal drug of some sort) is put in the tube and pushed through by a gas. The individual molecules of that substance travel through the tube at different speeds and end up getting to the sensor at different times.

A computer readout tells you how much hit the sensor and at what time. This can be used to identify the original substance. This is a very big deal when you need to figure out if someone is carrying something illegal or if it is just a weird bag of baby powder.[5] 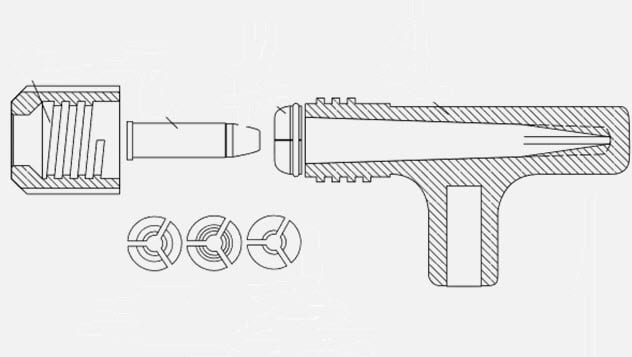 Before we discuss a bullet puller, it is important to understand the difference between a bullet and a cartridge. A cartridge is what most people would call a “bullet.” It is the actual bullet (a single piece of metal) attached to a cartridge case (which holds gunpowder inside it) under the bullet itself.

It is sometimes necessary to pull these components apart to see the gunpowder contained within the cartridge. The bullet is tightly attached to the cartridge case. So it is not possible to pull them apart with pliers without damaging the cartridge. For this, you need the bullet puller.[6]

It is a contraption that looks like a plastic hammer, but the head is hollow. The cartridge is loaded into the head of the hammer, and then it is whacked against the floor.

When it has been hit sufficiently hard enough times, the bullet will dislodge from the cartridge case and the inside components can be emptied out of the case. It is one of the lower-tech tools found in a crime lab, but it is a great way to de-stress. 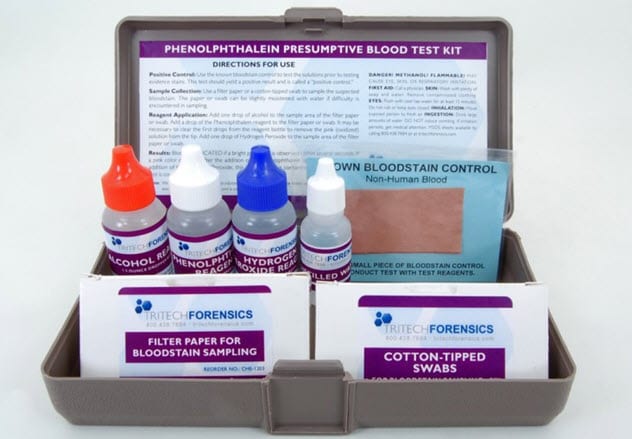 This is another fun chemical to use on blood. Again, everyone loves the shock and awe of blood turning a nice glowing blue, but it is just not practical for most crime scenes. Phenolphthalein is used to detect whether something is actually blood.

Blood is fairly obvious when it is still fresh and wet. But as it dries, its texture gets flaky or stiff and the color can appear to be brown, rust-colored, or some other shade of red. As blood can take on different appearances, it is easy to mistake old Taco Bell hot sauce for a bloodstain.

This is where phenolphthalein comes to the rescue. A wet swab is used to lift some of the stain off the appropriate surface. Then phenolphthalein and hydrogen peroxide are applied to the swab. If there is no big change, it is not blood. The swab will instantly turn a bright, flamboyant pink color if it is blood.[7]

Phenolphthalein is much more commonly used than the blue-glowing chemical.

Many DNA sections in crime labs have a robot. This may sound cool, but they are some of the least exciting robots in existence. They do not walk, talk, or have personalities. Basically, they are just boxes.

When analyzing DNA, each sample must go through many steps to get from a raw sample to a DNA profile. Most of these steps are performed the same way on each sample. As this can be repetitive and tedious, a robot was created to do this with big batches of samples. They are placed in a box, and arms distribute liquids to the samples. That is just about it.

This makes processing faster and helps to eliminate potential sources of cross contamination. If the person performing these steps sneezes, he could contaminate the sample with his DNA. Fortunately, robots do not sneeze.[8] 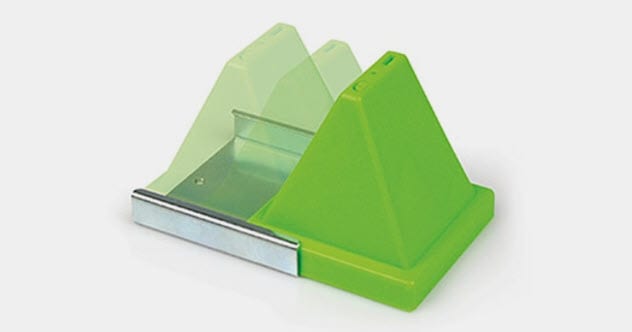 Weather conditions usually don’t come to mind when thinking of crime scenes. However, they are often processed in the rain, snow, blistering heat, or biting wind. That last one can be a serious but comical issue as the wind blows evidence around. Not only is the evidence affected, but those yellow number placards that mark evidence locations are scattered, too.

While it is hilarious to watch crime scene personnel run around trying to rein in their fleeing evidence and placards, they can prevent this issue by using weights. They are attached to the number placards to keep them in place. Weights are a simple but important tool in the CSI toolkit.[9] 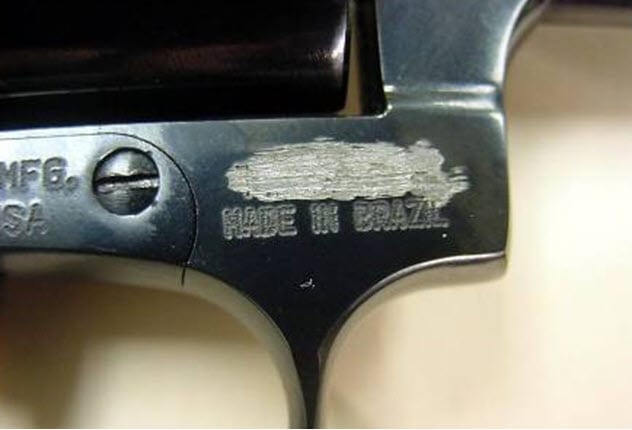 Acid is used in the crime lab for serial number restoration.

If a criminal does not want anyone to know the serial number of his firearm, he will file it away and leave behind a scratched-up mess. Fortunately, when the serial number is stamped into the metal, it leaves an indentation that goes beyond the surface that was scratched.[10]

To restore the serial number, the damaged area is sandpapered and treated with corrosive acids. The acids pool in the indented area more than the flat surface around it. This will reveal the letters and numbers that were previously visible.

The acid has to be applied in tiny increments so that it does not further obliterate the number. Eventually, it will reappear just like magic.

Paige Green-Purba is the author of the Ask Why Blog.