We’ve all heard of messenger pigeons, or more technically, homing pigeons—birds that can carry messages to specific destinations across exceptionally long distances. Using the magnetic fields of the Earth as navigation, these birds can find their way back home from distances up to 1,800 kilometers (1,100 mi).

Because of this unique skill, homing pigeons were used for many years as a means of communication among humans. This list looks at homing pigeons during World War I and World War II and how they played an integral role in saving hundreds of lives. If you know of any other famous pigeons from any time period, please be sure to mention in the comments! 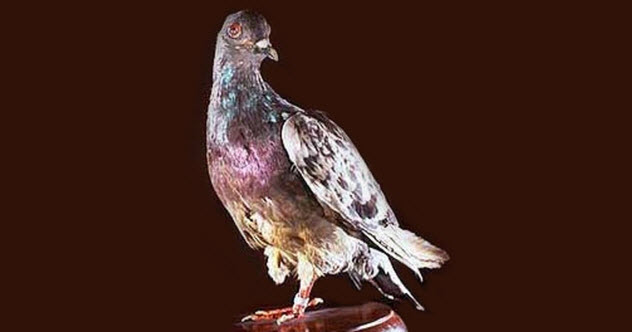 Our list begins with Cher Ami, a heralded messenger pigeon that single-handedly saved a battalion of 200 men from certain death. On October 2, 1918, in the thick of World War I, Major Charles Whittlesey and his division were valiantly fighting through German defenses in what would be called the Meuse-Argonne Offensive of October 1918.

However, they were the only US forces that managed to cross German lines. By the next morning, they were under heavy enemy artillery fire and were being decimated by mortar, machine gun, and sniper fire. Headquarters was unable to provide any assistance, so they took the only action they could—an artillery barrage of their own.

The US soldiers were horrified as friendly missiles unexpectedly began to crash all around them. Whittlesey quickly wrote a plea for cease-fire and strapped it to his last carrier pigeon, Cher Ami. As soon as he took off, though, the Germans directed fire on him and shot him out of the air.

Still, Cher Ami managed to traverse the 40 kilometers (25 mi) to headquarters and deliver his lifesaving message. There, it was discovered that the bird had lost a leg and an eye and had been shot through the breast. For his heroics, Cher Ami received the Croix de Guerre from the French army and was enshrined in the Smithsonian. 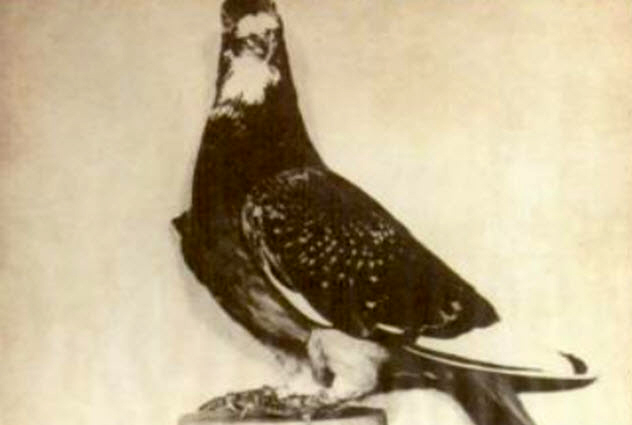 On October 18, 1943, during the peak of World War II, Calvi Vecchia, a small, German-occupied town in Italy, was about to be bombed by the British 56th Infantry Brigade. However, the Germans unexpectedly withdrew from the town. With this unexpected turn of events, the citizens scrambled to deliver the good news to the British through radio communications.

Unfortunately, these attempts failed to get word through. An imminent bombing was looming, and the lives of hundreds of people were at stake. As a last resort, the messenger pigeon G.I. Joe was sent to deliver the message.

Making a 32-kilometer (20 mi) trip in 20 minutes, G.I. Joe safely informed US Air Command and impressively managed to stop what would have been a tragic and unnecessary bombing. It is estimated that G.I. Joe saved up to 1,000 people, including inhabitants of Calvi Vecchia and British troops. G.I. Joe received the Dickin Medal for his exemplary service. 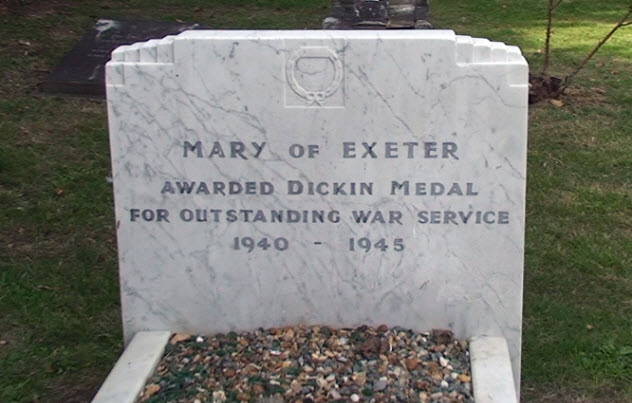 Mary of Exeter was a carrier pigeon that became famous for her longevity, surviving a variety of attacks and carrying out many military missions during World War II. She joined the National Pigeon Service in 1940 and was used to deliver secret messages between England and France.

Once, she was wounded in the neck and breast by German hawks. She received 22 stitches when she returned and was back in action within a mere two months. On another mission, she had part of her wing shot away and three pellets embedded in her body. On her last mission, Mary was hit by shrapnel in the neck and needed a leather collar to properly function again.

At the end of the war, Mary was awarded the Dickin Medal for her incredible endurance in war service, and in 2003, the mayor of Exeter unveiled a plaque in Mary’s honor at the Northernhay Gardens in England. 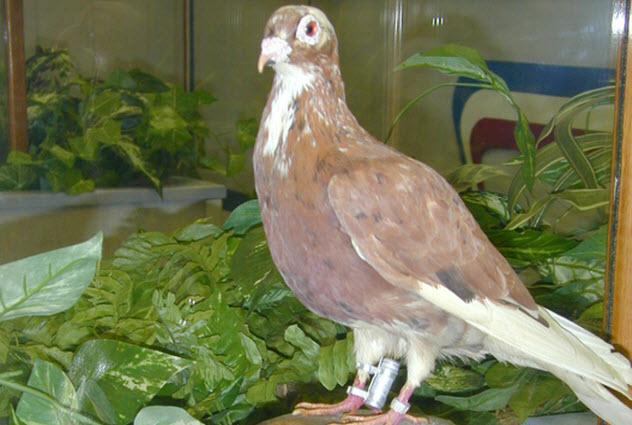 The next flying hero is certainly famous for his long career. The messenger pigeon Mocker flew 52 missions during World War I before he was finally wounded. On his last mission, his left eye and part of his cranium were destroyed by a shell splinter. Even with his extensive injuries, Mocker still managed to deliver an extremely important message that detailed the location of enemy artillery.

Due to Mocker’s valor, the Americans were able to destroy the enemy battery within 20 minutes. Consequently, Mocker’s efforts enabled US troops to capture the town of Beaumont, France. After his death on June 15, 1935, his body was put on display in Fort Monmouth, New Jersey. 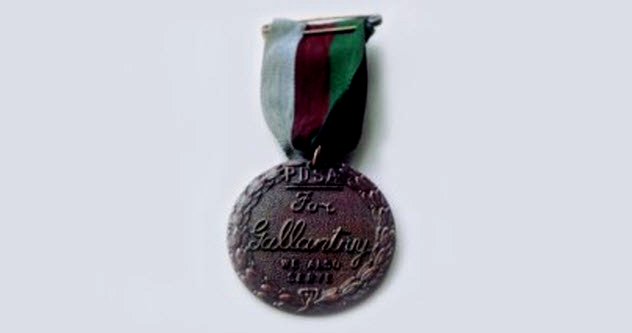 Born and raised in Carnlough, North Ireland, Paddy was a messenger pigeon who played a crucial role in the D-day operations in June 1944. He was trained alongside thousands of other racing birds with the RAF Hurn in Hampshire.

Noticed for his outstanding flying skills, Paddy was directed to the US First Army for special missions during the D-day landings. Paddy persevered through poor weather conditions and fought against German falcons to deliver vital information about the Allies’ progress in the invasion. He was one of the fastest messenger pigeons in the operation with an average speed of 90 kilometers per hour (56 mph).

For his service, Paddy was also awarded the esteemed Dickin Medal. 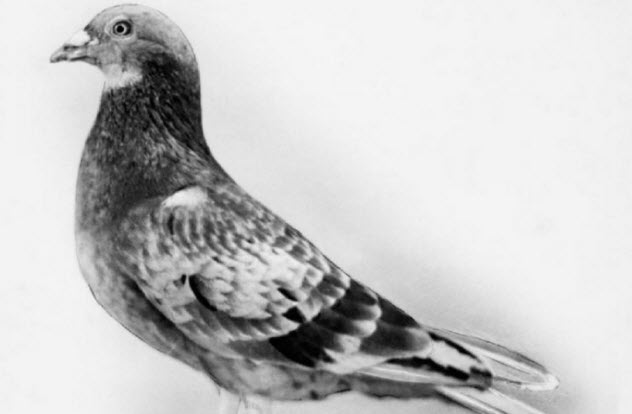 Another recipient of the Dickin Medal, the war pigeon Commando contributed small but extremely valuable victories against the Nazis in Germany. Throughout Commando’s 90 missions during World War II, he delivered crucial intelligence for the Allied forces.

During the climax of World War II, Commando was noted for three particular missions in June, August, and September 1942. On each of these occasions, he carried intelligence to the Special Operations Executive, the British intelligence agency, from German-occupied France. With this information, the Allied forces were better equipped to fight and defend themselves against their German enemies. 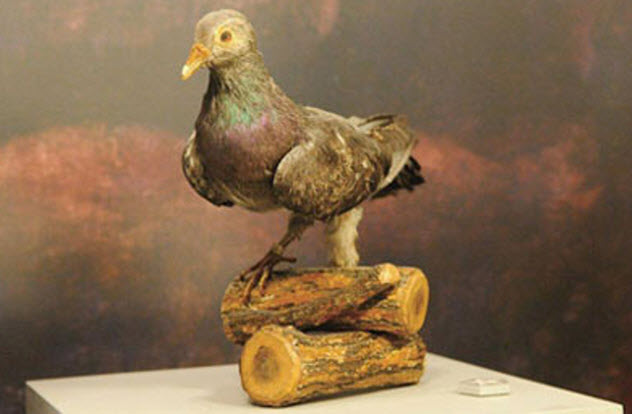 President Wilson was another pigeon that valiantly served with the US Army during World War I. He was with the Tank Corps during his first deployment and was stationed in the forwardmost tanks to deliver the location of enemy machine gun nests.

He was then transferred to the infantry unit and participated in the Meuse-Argonne Offensive of 1918. Released to request artillery support, Wilson flew through waves of German bullets to deliver his message. In the process, he lost his left leg and was shot through the breast.

However, he survived his wounds and lived a quiet life until he died in 1929. A taxidermist then prepared the bird for display at the Smithsonian Institution. 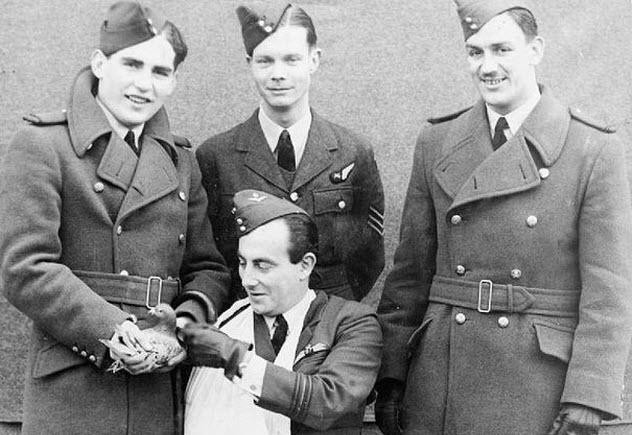 On February 23, 1942, during World War II, a damaged RAF bomber landed in the North Sea while returning from a mission in Norway. Although there were rescue planes searching the area, they were unable to find the four men in the freezing waters. Facing a cold and miserable death, the men sent a carrier pigeon, Winkie, as their last hope for survival.

After escaping the oily water surrounding the plane, Winkie managed to fly over 200 kilometers (120 mi) of water to reach his loft in Broughty Ferry, where his owner George Ross informed the RAF Leuchars of the predicament. Although Winkie was not carrying a message, the RAF was able to deduce the damaged bomber’s location from the time of Winkie’s arrival.

As a result of Winkie’s valiant efforts, the four men in the bomber were rescued. Rightfully so, Winkie was the first of many animals to receive the Dickin Medal, an honor equivalent to the Victoria Cross. 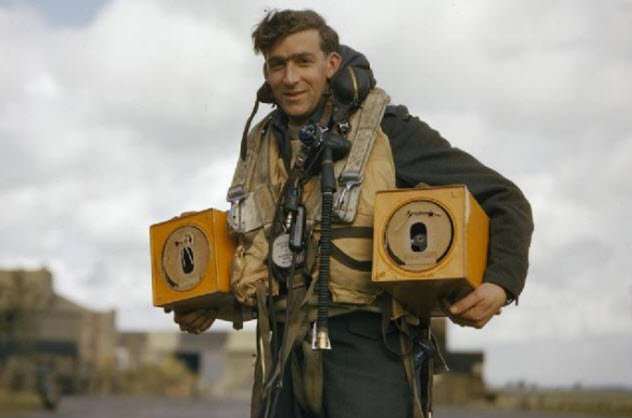 A female war pigeon bred in Scotland, White Vision served in World War II and was a recipient of the Dickin Medal for her bravery. On October 11, 1943, the crew members of one of the Catalina flying boats, used by the RAF Coastal Command to patrol sea routes for U-boats, were stranded in dire weather conditions in the North Sea.

All radio communications ceased to work, and when the plane crashed into the sea, White Vision was sent to deliver their location. Flying 100 kilometers (60 mi) against extremely strong winds, she was able to return to her loft and deliver the message.

Due to her efforts, the search for the crew members resumed and the flying boat was found. After spending 18 hours at sea, all 11 members of the crew were rescued successfully. 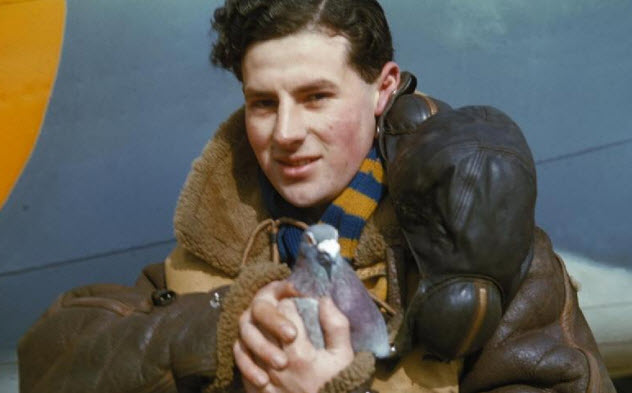 Part of the British military service MI14, William of Orange was a war pigeon whose messages saved over 2,000 lives in World War II. During the Battle of Arnhem in September 1944, Allied units had a communication crisis as German troops surrounded airborne forces and radio sets malfunctioned.

British soldiers released William as a last resort. He flew over 400 kilometers (250 mi) back to the United Kingdom and carried one of the few messages that made its way back to headquarters, alleviating the Allies’ communication crisis.

After his war days, William was bought out of service by Sir William Smith of Cheshire and reportedly became “the grandfather of many outstanding pigeons.”

I am currently a college student planning on majoring in public health with a minor in American studies. I’ve always had an an avid interest in history, particularly war history. Some of my other hobbies include reading, drawing, and practicing guitar and piano.