It’s said that truth is stranger than fiction. What gets left out is that it’s often a whole lot more disappointing. Take the Wild West: we like to think we have a pretty good idea of what the frontier was like—punching cows and shooting cheats in places with names like Drunkman’s Creek and Dead Squaw’s Buttocks. But it turns out the reality of cowboy life was way less romantic and way more prone to stuff like STDs. It seems our mental picture of the Old West is missing important little details like: 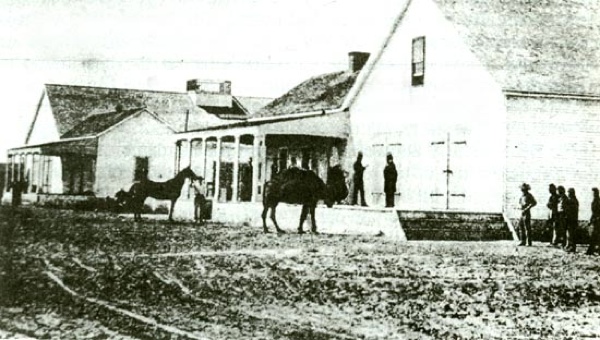 At no point in his cinematic career did John Wayne ride a camel. But guess what? If he had, it would’ve been totally legit. See, the Southwest United States used to home to hundreds of feral camels—and it was all thanks to our meddling government.

In 1855 congress assigned $30,000 for the buying and shipping of camels from Egypt. The idea was that a bunch of grumpy dromedaries would fare better in the scorching Southwest than horses, making long survey missions easy. By 1857, the army had seventy camels and early experiments were looking good—and then civil war broke out.

In the chaos that followed, a number of camels managed to escape into the wild where they did what any other wild animal does and bred like crazy. For nearly 100 years, feral camels were a part of Texas’ wildlife, with the last sighting reported in 1941. That’s right: in your grandparents’ lifetime, the United States was home to wild camels. 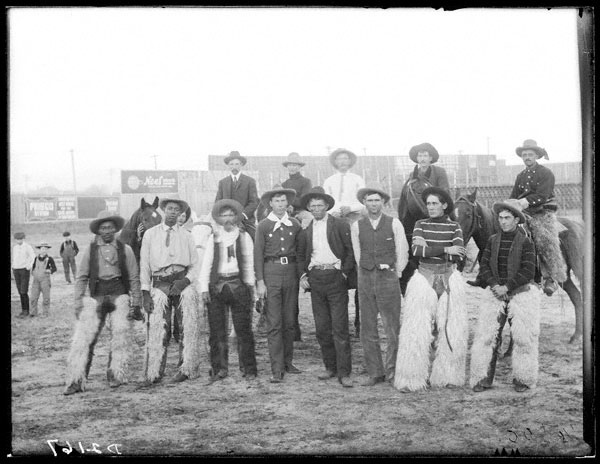 The classic Hollywood picture of the West involves white, all-American tough guys teaming up with or fighting other American white guys. Sure, you’ll get a few black people in there, maybe a handful of Mexicans and the odd Irishman for ‘comic’ effect—but it was predominantly true-blooded Americans, right?

Nope. Like late 19th century New York, the Wild West was a hotbed of multiculturalism, with people of all nationalities vying for some room. Rock Springs in Wyoming counted as many as 56 nationalities in a population of under 10,000. Slovakians, Finns, Norwegians, Germans, Ottomans, Swedes and Chinese all poured into the South and Midwest; an influx that only increased with the Californian Gold Rush. The image of the old West as a bedrock of American values is a Hollywood holdover from a time when casting non-American voices and faces was pretty much a no go. 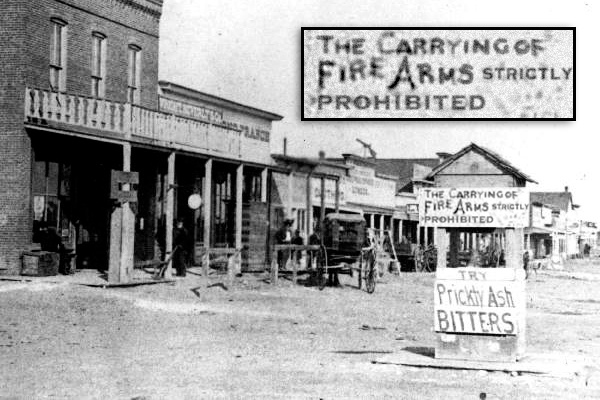 If Back to the Future III taught us anything, it’s that everyone in the Old West carried a gun. After all, if you’re visiting somewhere like Deadwood or Dodge City, you better be ready for trouble.

Except carrying a gun in Dodge was more likely to land you in trouble. When the local government was formed, the first law passed was to prohibit the carrying of firearms. The gunfight at the OK Corral kicked off because Wyatt Earp was trying to enforce that law. Nor was Dodge a one-off: Wichita and Tombstone both enacted similar laws, and enforced them hard. According to that link back there, the second most common cause of arrest in the Old West was illegally carrying a firearm—meaning sheriffs weren’t messing around when it came to gun control. Somehow, we’ve gotten to the point that modern-day Tombstone actually has less-restrictive gun laws than its supposedly lawless Old West equivalent. 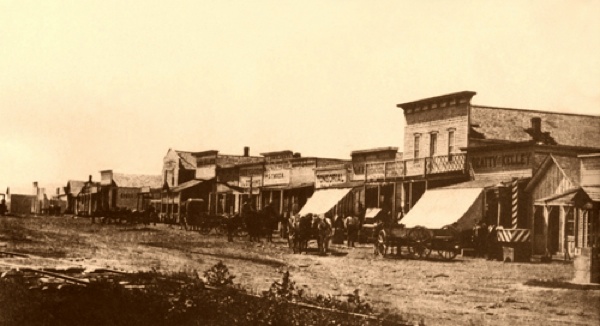 Shootouts, bank robberies, highly-choreographed bar brawls—if we know anything about the frontier, it’s that it was one hell of a violent place.

Or was it? Turns out the popular image of the Old West as a place where manly men solved their differences by shooting those differences in the face simply isn’t true. People were more likely to cooperate than fight—in a harsh and lawless world, it was better to side with your neighbor for mutual benefit than start shooting. Bank robberies, too, were virtually unheard of. One estimate places the number at about a dozen for the entire frontier period.

Then you have the low-homicide rates. The highest annual body count Tombstone ever experienced? Five. From 1870 to 1885, Dodge City and Wichita had murder rates of 0.6 per year. However you cut it, daily cowboy life was nowhere near as violent as we think.

5
The Gunfight at the OK Corral 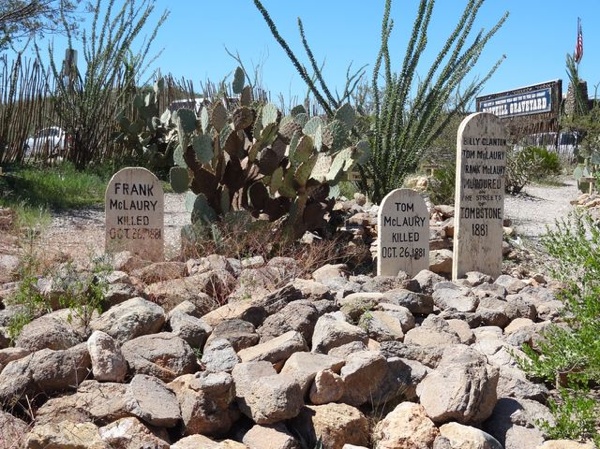 It’s the most iconic gunfight in history, the sort of thing Sam Peckinpah used to dream about on lonely nights—and it’s mostly crap.

For starters, it didn’t take place at the OK Corral, but in a nearby back alley. The only reason we associate it with the Corral is because that’s a hell of a snappier title. Second, the body count was low—as in three. Third, it lasted 30 seconds, some of which were taken up by two of the participants running away like little girls.

Nor was the aftermath any more heroic. Wyatt and Holliday were arrested for murder, Earp lost his job as sheriff and evidence surfaced that not only was one of the dead men unarmed, but Holliday probably pulled a Han Solo and fired first. While the charges were eventually dropped, many local people were pushing for conviction—at the funeral of the three men killed, 300 mourners turned out, while nearly two thousand citizens lined the route. It wasn’t until 1931 that a book came out portraying Earp as a modern saint, and by then everyone involved was too old or dead to care.

If there’s one thing the Old West was known for, it’s outlaws. Billy the Kid, Wild Bill Hickok, Jesse James . . . these guys were so badass that their names still conjure images of macho men striking matches off their stubble, instead of lying egomaniacs with girly voices.

Yeah, turns out not all of them were as tough as they said. When Buffalo Bill started his Wild West touring plays, Wild Bill joined only to get fired for sounding like a girl. Still, that’s probably how he got his moniker—killing people who trash talked his sissy lisp, right? Not exactly. The whole ‘Bill’ part was a reference to his gravity-defying monster-nose; as in it stood for ‘Duck Bill’. Other outlaws suffered similar manliness-deficits: Jesse James was so vain he left press releases at the scene of robberies telling everyone how awesome he was.

But the king of talking crap has to be Billy the Kid. In his lifetime, the Kid was known for killing over 20 people. In reality it was more like four. Basically, he was the old west equivalent of that guy you always meet at parties who won’t stop talking about the fights he’s been in, only somehow sadder. 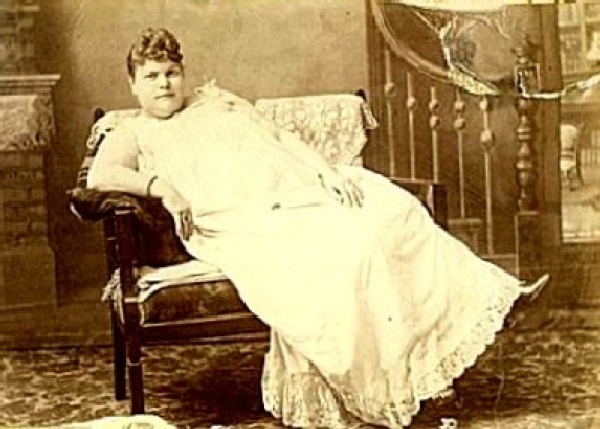 A staple of Westerns is the hooker with a heart of gold. Honestly, TV Tropes has an entire page dedicated to it. But guess what? Prostitution in the Old West was just as exploitative, degrading and traumatic as it is today—with the added bonus that local newspapers would name, shame and hound you to suicide.

That’s not an exaggeration. In her book ‘Daughters of Joy, Sisters of Misery’, Anne Butler notes the high levels of suicide, addiction, violence and rape among frontier prostitutes—a depressing thought made even more depressing by the callous reporting of it in local papers. Annie Proulx claimed the brothels acted as poverty traps, forcing the girls into never ending competition with one another for enough scraps to eat, with no hope of escape. Put simply, it was a profession for people with no other options—and about as glamorous as a week in a ditch. 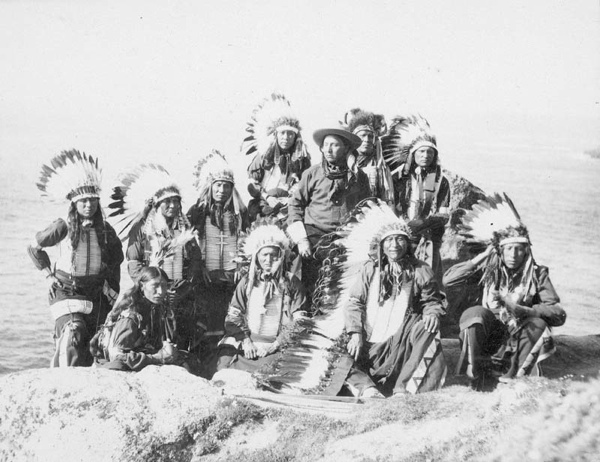 Before the Europeans came to do some farming, we’re told America was a great big empty land. Sure, there was an indigenous culture, but it mostly amounted to a handful of isolated tribes tripping on peace pipes and taking advice from Kevin Costner. The continent was basically a blank canvas.

Except it wasn’t. Far from being just a bunch of ragtag tribes, Native Americans may have numbered as many as 100 million when Columbus first missed India by a few thousand miles. Although a devastating plague wiped out about 90% of the population before the pilgrims arrived, at least a million still remained. And they were damn sophisticated. Far from just giving each other cool names and sporting funky headgear, Native culture was all about extensive agriculture, opening up new trade routes across the continent and building America’s first city. Then we showed up, and any chance of recovering from that super-plague was swept away on a tide of smallpox, STDs and genocide. 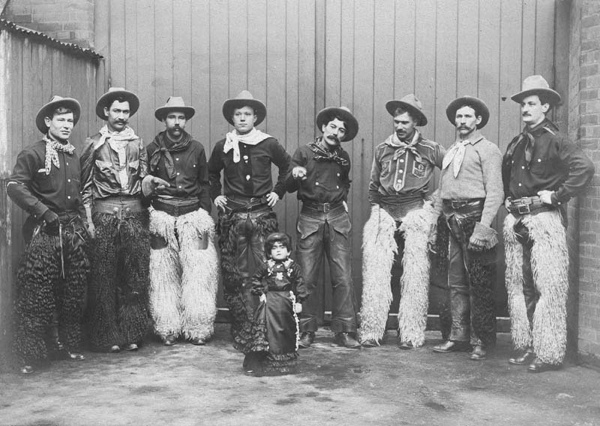 The cowboy is the absolute embodiment of everything frontier-related: a Stetson-rocking gunslinger with an absolute (if murky) moral code, a tough exterior and a tougher interior, facing down the empty American wilderness with a steely gaze and rugged jaw. Only they were nothing like that.

See, the job of ‘Cowpuncher’ (as they called themselves) was tough, dirty working class work. Most of these guys were surly illiterates who got drunk on the weekends, started a fight and spent a month or two in jail. None of them dressed like Clint Eastwood or John Wayne or any Hollywood cowboy: they wore practical clothes for getting mucked up in and mostly looked like homeless people. Far from being moral, they were known to be obnoxious, and most of them had a terminal case of STD. Oh, and things had a tendency to get pretty Brokeback. In 1949, a study of rural sexuality concluded that there was “a fair amount of sexual contact among the older males in rural Western areas”—while old poems from the frontier era are full of references to men being super-gay for one another. So Butch and Sundance’s epic bromance may have just been, y’know, a standard epic romance.