There’s a famous saying that truth is stranger than fiction, so it stands to reason that reality is simply more interesting than fiction. That is probably why writers so frequently base characters on people they have met, people who have quirkier and more interesting traits than anything the writer could conjure himself. Here is a list of some classic characters you may not have known were based on real people. 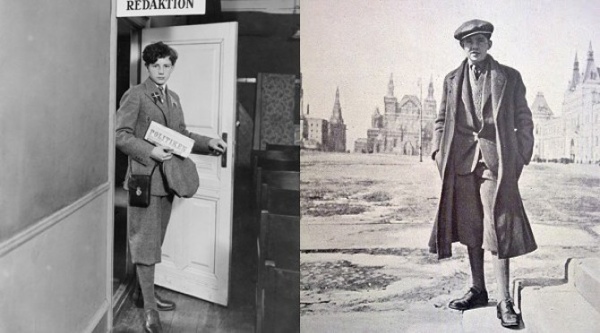 Some people are only familiar with globetrotting comic reporter Tintin through the Steven Spielberg film that came out in recent years, but the character has been around since 1929, the creation of Belgian comic writer Herge. Over 200 million volumes chronicling Tintin’s adventures have been sold, and he became one of the most beloved international comic strip characters in history.

But even those who are familiar with the comics might not know about the real life inspiration for Tintin Danish Boy Scout named Palle Huld, who at the age of 15 won a contest to re-enact Phineas Fogg’s circumnavigation of the globe in the novel Around the World in 80 Days. Of course, unlike Fogg, Huld needed only 44 days to complete the trip. This took place in 1928, less than a year before Tintin debuted. Some people believe Tintin was based on another young adventurer named Robert Sexe, but one look at Huld should give anyone pause and convince just about anyone that he was, indeed, the real-life Tintin. 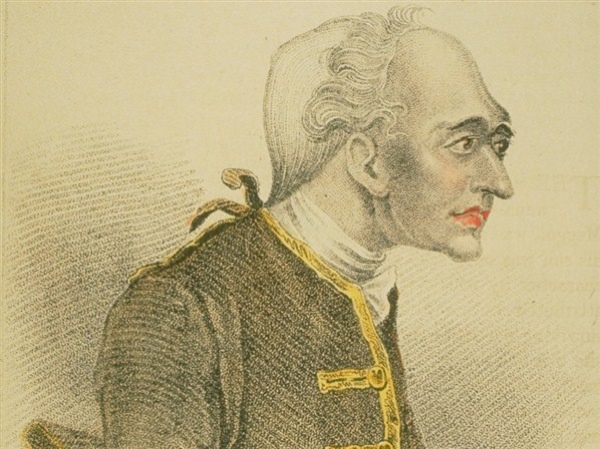 Ebenezer Scrooge is the infamous miser from the Charles Dickens classic A Christmas Carol, who learns the error of his ways when he is visited by three ghosts on Christmas Eve. It is one of the most told and retold tales in modern literature, ranging from CGI retellings to re-imaginings like Scrooged. But while you are no doubt familiar with the story, you may not have realized that Scrooge is based on a real-life person named John Elwes.

Elwes was an 18th century politician and notorious penny pincher, and despite having a vast fortune he lived like a homeless hermit, by all accounts. He would eat rotten food and live in abandoned houses rather than finding himself a home or buying food that wasn’t totally gross. The eccentric miser was born into money but refused to spend any of it, choosing instead to live in squalor in order to save his fortune.

Other than the titular character, Severus Snape is likely the most widely recognized character from the Harry Potter universe. A cold and morally ambiguous character, he is almost immediately an enemy of Harry and his friends, and was brought to life on the big screen by Alan Rickman. But certainly, a potentially evil wizard in this young adult novel about all things magic could not have possibly been inspired by anyone in the real world, right?

If you said “of course not” then we hate to break it to you, but Professor Snape was in fact based on a real person named John Nettleship. So what did this man ever do to inspire such a loathsome sounding character? Why, he was JK Rowling’s teacher, of course. Snape taught potions at Hogwarts, so it makes a bit of sense that Rowling would use her former chemistry teacher as the inspiration. Nettleship did not know he was the inspiration for the character until the films came out and his students, along with his wife, pieced things together. Rowling’s mother actually worked as an assistant in the chemistry department under Nettleship, so we can’t help but wonder what the real life professor, who dies in 2011, thought about the revelation that Snape was in love with Harry’s mother. 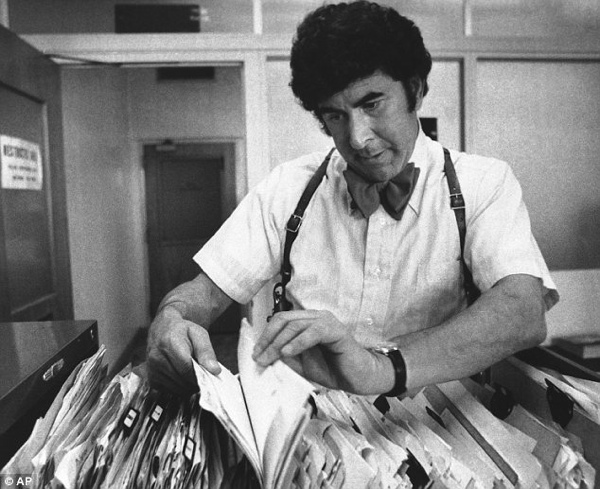 You might not have ever heard the name Dave Toschi, but you have no doubt watched some incarnation of the man in any of the numerous films in which he was an outright character, or the inspiration for a character. Toschi was an inspector for the San Francisco Police Department, and was the chief investigator on the infamous Zodiac Killer case. He has been portrayed as himself by Mark Ruffalo in the film Zodiac, and Steve McQueen took some inspiration from Toschi for the character of Bullitt, but even more impressive is the fact that Toschi is the man on which the entire Dirty Harry franchise is based.

If you are familiar with the original Dirty Harry film, it should not come as a surprise to learn that he was based on Toschi, though obviously some liberties were taken to turn him into more of a badass than he was in real life. The film echoes the investigation into the Zodiac killings, with “Dirty” Harry Callahan working on tracking down the killer. Of course, unfortunately, unlike Callahan, Toschi never got his man as the Zodiac killings remain unsolved to this day. 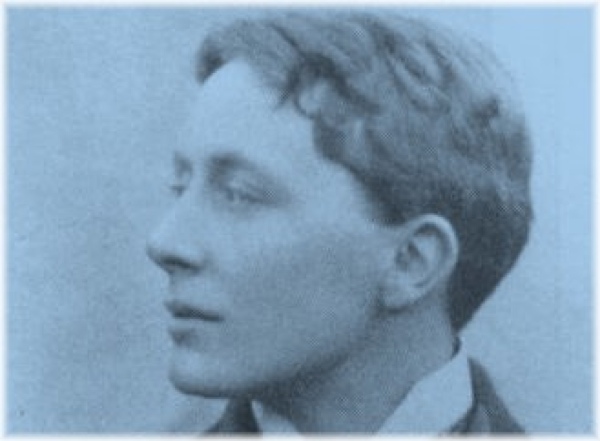 The Picture of Dorian Gray is the only novel that famed wit Oscar Wilde ever wrote, and it tells the story of a man of unsurpassed beauty who has his likeness painted as a portrait. To make a long story short, Dorian sells his soul in order to maintain his youth and beauty while the painting version himself ages instead. It’s a bit of a strange and supernatural tale, but the character of Dorian Gray, believe it or not, was based on a real man named John Gray.

John Gray was an acquaintance of Wilde, and that’s really just a nicer way of saying he was one of Wilde’s many trysts. The real Gray was a poet who traveled in the same social circles as Wilde, and was reputedly an “Adonis” of a man. While Wilde did not bother to change his last name for the fictionalized version, he did change John to Dorian, but it was for a very specific purpose. The Dorians were an ancient Greek tribe that famously practiced and engaged in sex between men. Apparently, when the story came out the real Gray was mortified, as it was abundantly clear that the titular character was based on himself, and the connection caused a rift between he and Wilde. 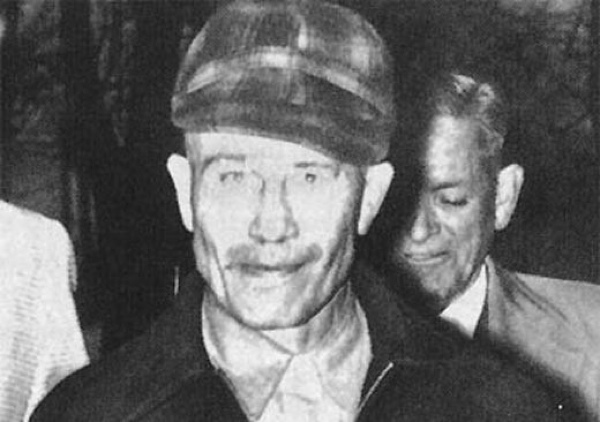 Norman Bates, the titular Psycho in the classic Alfred Hitchcock film, can be most aptly described as a sick puppy. While he is a transcendent horror movie villain, you may not realize he has something in common with such other horror villains Leatherface from Texas Chainsaw Massacre and Buffalo Bill from Silence of the Lambs. You know, other than being a twisted murderer. As it turns out, all three characters are based on the same man: Ed Gein.

Gein was a brutal murderer in the 1950’s in Wisconsin, a 51 year old handyman who the police discovered had butchered women and, just like Buffalo Bill in Silence of the Lambs, was attempting to make a “woman suit” out of their skin. Body parts had been chopped off and strewn about Gein’s little farmhouse. The man who went on to pen the novel Psycho lived less than an hour away from where this took place, and quickly turned to fictionalizing this deranged and brutal string of murders. 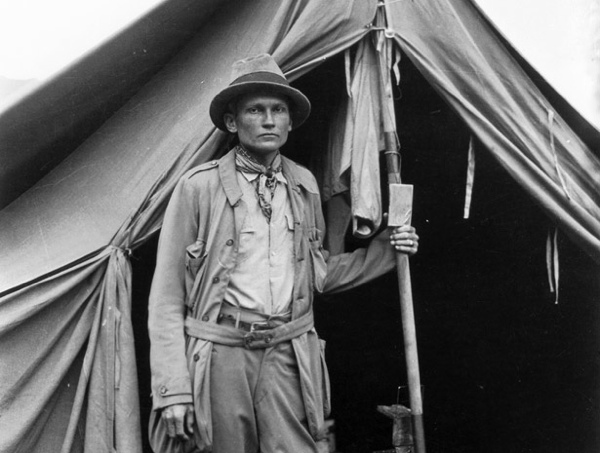 Indiana Jones, famed adventurer and archaeologist extraordinaire who enjoyed nothing more than ditching his work as a college professor to go gallivanting around the world in search of lost treasures, is one of the most beloved characters in cinematic history. For the most part, the character and his stories take their cues from the serial adventures of the early 20th century, but believe it or not, Indy was also inspired by several real life people. No one knows exactly which adventurers he is truly based on, and in likelihood is an amalgamation of several people, but none is more apparent than Hiram Bingham III.

Bingham was a professor in the history of Latin America at Yale University, where he worked from 1907-1915. Most famously, however, he was the man who re-discovered Machu Picchu. One of the connections between Bingham and Indiana Jones is actually a separate movie called Secret of the Incas, a 1954 film starring Charlton Heston as a character named Harry Steele, who explores the lost city of Machu Picchu. Steele, of course, was inspired largely by Bingham, and the makers of Raiders of the Lost Ark have openly admitted to basing Indiana Jones largely on Harry Steele. 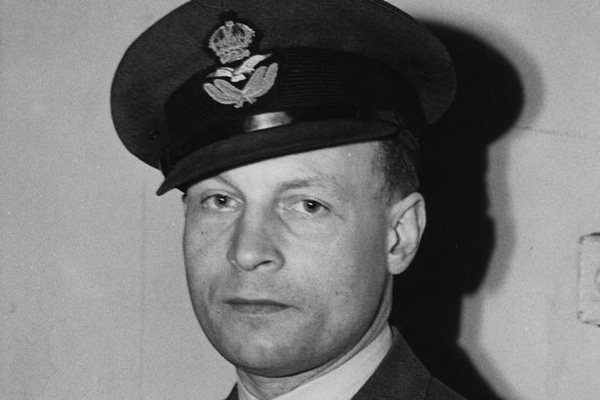 Just like with Indiana Jones, it’s hard to believe that James Bond could have actually been based on a real person. And, as with Indiana Jones, it turns out that no one is quite sure exactly who 007 is inspired by, but there are several prime suspects from author Ian Fleming’s own days as member of British Intelligence. However, many believe the most direct inspiration for Britain’s top secret agent was a man named Forest Yeo-Thomas, renowned as one of the UK’s top spies during World War II.

Yeo-Thomas parachuted into occupied territory three times on secret missions and reported directly to Winston Churchill. He was actually captured and tortured by the Gestapo before being placed in a concentration camp, but escaped and made his way back to allied territory. As it turns out, it was not long after this that Fleming held a briefing about Yeo-Thomas and his exploits in escaping from the Nazis. Considering they did not actually work together during the war, yet Fleming was clearly fascinated by Yeo-Thomas, it lends credence to the theory that the agent known as “White Rabbit” was certainly one of the strongest inspirations for James Bond. 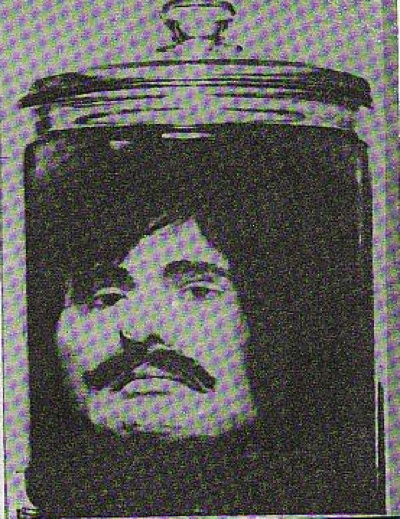 Over the years, Zorro has become something of a superhero in popular culture. The masked, swashbuckling, sword fighting vigilante was created in 1919, and has been the star of many books, television shows, and movies. It’s hard to believe that a character like that could have actually been based on a real person, but as it turns out, Zorro was indeed inspired by a man named Joaquin Murrieta, also known as the Mexican Robin Hood.

Born in 1829, Murrieta found success mining for gold in California before his family was attacked and murdered by American miners. He was unable to find justice through the legal system, so that’s when he became the vigilante that would inspire Zorro. He formed a gang to exact his revenge on the men who had attacked his family and raped his wife, and he and his gang continued to rob banks and commit murder until the Texas Rangers became involved and tracked down and killed Murrieta in 1853. Soon after his death, the legend of Joaquin Murrieta began to spread and he became a folk hero of sorts. 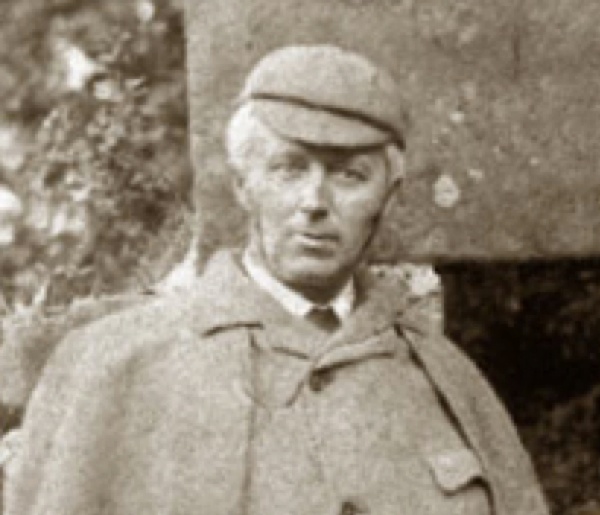 At first glance, Sherlock Holmes and a medical lecturer might not seem to have much in common. After all, Holmes is perhaps the greatest fictional detective of all-time, and certainly the most famous. However, when you really stop to think about it, it makes sense that Holmes would be based on a medical doctor renowned for his keen observational skills and superior intelligence. That man was Dr. Joseph Bell, and he was a lecturer at the University of Edinburgh in Scotland in the 19th century.

Bell was an acquaintance of Holmes’ creator Sir Arthur Conan Doyle, and in fact served as the doctor’s clerk at the Edinburgh Royal Infirmary. Bell was famous for being able to observe a man and instantly deduce things he could not possibly have known, which should like a familiar trait to anyone even loosely aware of Sherlock Holmes. Reportedly, Bell even advised the police in several investigations in Scotland, including the Ardlamont Mystery, and testified as an expert witness in the ensuing murder trial.