Decades after it lost all relevance on the world stage, the Third Reich continues to fascinate us. Adolf Hitler remains a exhaustively studied and caricatured figure. Historians still pick over every detail of the Nazis’ greatest crimes. And while it might seem morbid, pointless, and just plain stuck-in-the-past, there are some useful lessons that can be learned from both their failures and their unfortunate successes.

10
If You’re Going to Try and Conquer the World, Commit to It! 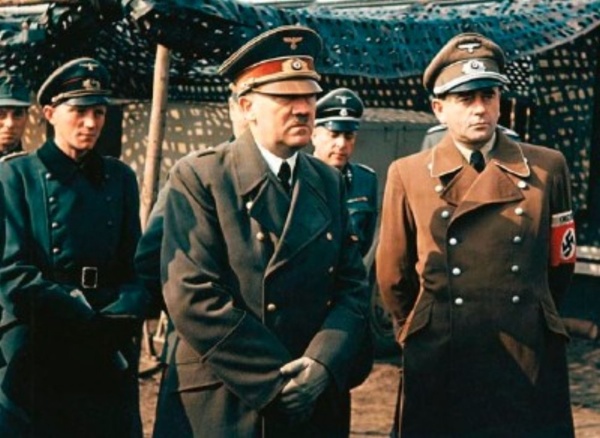 It has long become normal to think of the Third Reich as an empire either fanatically loyal to the will of a single man and ideal, or cowed through fear into letting him have his way. But the fact is that through a key portion of the war, Germany’s military-industrial complex was ridiculously inefficient and still overwhelmingly devoted to civilian interests.

In fact, even before America and the Soviet Union entered the war in 1941, Britain on its own had better adjusted its economy for wartime expenditures and produced more war material than the Third Reich’s economy. It was only in 1942 when Albert Speer began reorganizing the economy that it became something we today might consider a wartime economy—and by that stage too many enemies had aligned against Germany for it to hope of success. 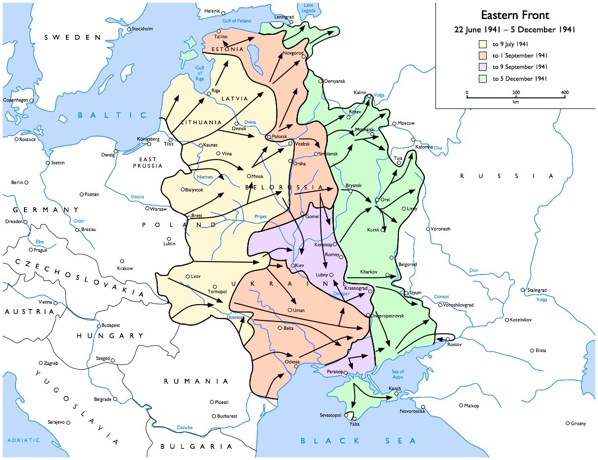 History has shown that the 1941 invasion of the Soviet Union was, if anything, an even greater blunder than the Japanese attack on Pearl Harbor, but it should be stated that the Wehrmacht came within ten miles of capturing Moscow, which would have devestated morale and communications. The problem was that the Wehrmacht spread itself extremely thin by invading such a vast country, and an even bigger problem was their nonsensical sense of racial superiority meant that many, many people that could have become part of an anti-Soviet army (inspired by the numerous atrocities the USSR committed in the 1930s that killed millions) were instead starved or imprisoned just when a large troop surge was needed to knock the enemy out of the war. So instead of recruiting fresh soldiers from these oppressed civilians, the Nazis came to face a resistance movement that would grow to hundreds of thousands operating in the rear of the Eastern Front. 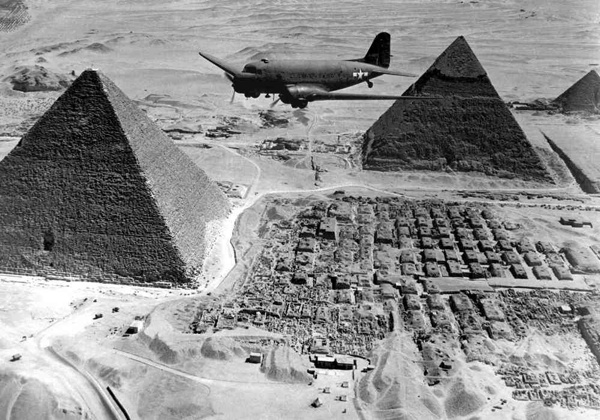 Historians agree that a war between the Soviet Union and the Third Reich was inevitable (tellingly, when the invasion started on June 22, 1941, the Wehrmacht was outnumbered even though they were launching a surprise attack) But two points about it stand out, one of which was a huge missed opportunity and the other a waste of time and energy.

First, consider that throughout the war, the Reich had a huge problem finding enough oil and gas to keep its industry and military going, at some points even relying on experimental alternatives. When the invasion of the Soviet Union began, in fact, the Middle East with its vast oil supplies lay wide open. Had Germany captured the Midle East, it would have meant that vast oil supplies vital to the USSR in the Caucasus Mountains would have been in a position to be conquered quickly as well. But that didn’t really shape up with what had been written in [i]Mein Kampf[/i], which focused more on conquering the Ukraine and other parts of Eastern Europe—so the idea was not pursued. 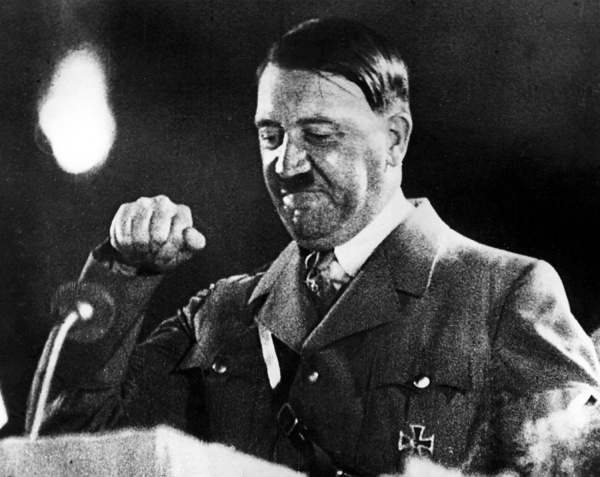 While Hitler’s rise to power is generally viewed as an inevitable result of the times in which he lived, it was a very near-run thing, and during much of his rise he seemed absurd. Before sound recording was widely adopted for film, Hitler looked like a comedian. It was only when sound film came in, and well into his rise to power, that he seemed credible. During his absurdly undersized revolution attempt in November 9, 1923—the Munich Beer Hall Putsch—one hundred soldiers stopped his group of thousands. So his ability to rise from humiliated failed revolutionary to chancellor was about on par with a leader of one of America’s controversial, much-derided militia groups rising to power.

6
The Military is a Bad Economic Stimulant 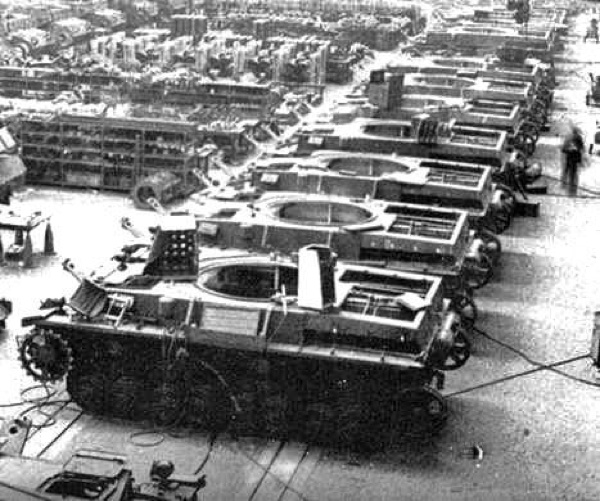 It’s often said that part of the reason the Third Reich was able to rise to power was because an economic stimulus rose the standards of living for citizens. In fact, the economic policies had been a disaster before the war started. They left the Reich painfully reliant on exports, introduced enormous economic disparity, and generated enormous debt of a type that would likely have triggered more hyperinflation of the type that had already struck in the 1920s. If there had not been any of the early military success, then the Reich would have been in deep trouble financially and its awful economy would have soon caught up with it.

5
Don’t Condemn Individuals for the Groups They Join 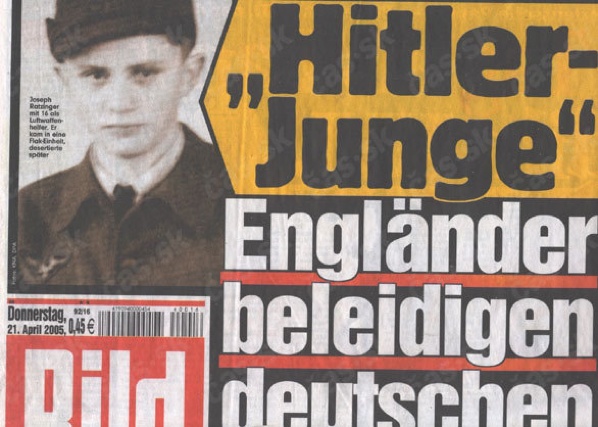 It was very big and exciting news when it was revealed that Pope Benedict XVI (Joseph Ratzinger) was a member of the Hitler Youth. It feeds prejudices against the Catholic Church and implies a scandalous secret. Until you realize that at the time, being a member of the Hitler Youth was essentially compulsory. He was not an active member of the group and did not even attend meetings. And rather than reaping the short term benefits of membership, he was first drafted into manual labor during the war before being drafted into the armed services in 1943, which he deserted in April 1945. It serves to illustrate that we shouldn’t judge individuals based on labels. 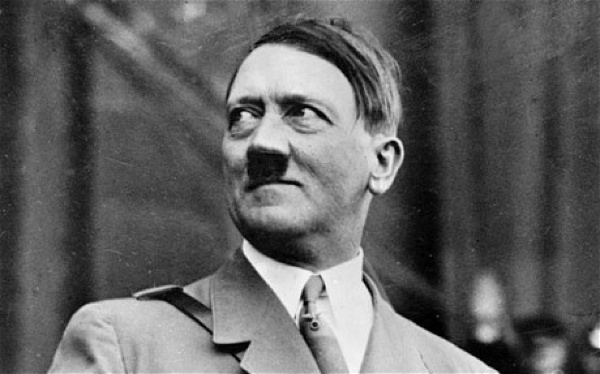 When the Invasion of Poland was begun in September 1939, it was conducted by a military which seemed half-baked, and not yet ready for the undertaking. The German Command noted the economic troubles mentioned above, and thought that the Germany Navy and Air Force would be insufficient for a world war. In fact, Hitler and his command began the invasion under the impression that it would not escalate beyond war with Poland.

Hitler’s reported statement on the matter was that “my time is short” (in reference to the fact that he was already fifty years old and was allegedly already suffering the ravages of syphilis). So the critical invasion of Poland—which began the war that destroyed the short-lived Third Reich—was carried out to accommodate one man’s self-projected lifespan. The same personal whims also resulted in decisions like the Nero Decree in March 1945, which saw Hitler order the destruction of Germany’s infrastructure. Fortunately for Germany, Albert Speer had by then learned the lesson well enough to disobey.

3
Sometimes, You Just Have to Rely on Luck 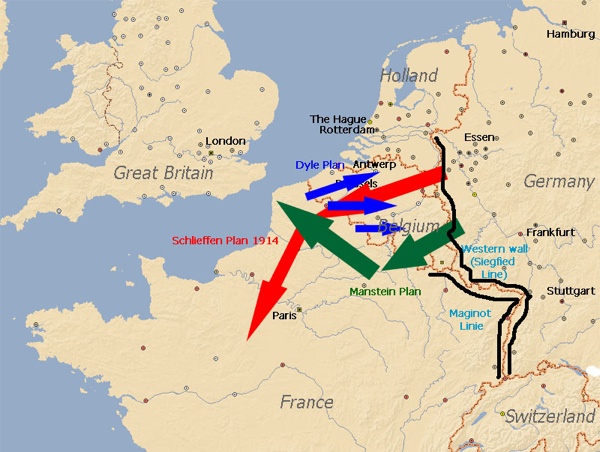 There’s a prevailing notion that France was taken out of the war so quickly in 1940 because they stupidly sat in defenses called the Maginot Line while the Wehrmacht went around them via Belgium. In fact, the success of the Nazi invasion of France was actually due to the majority of the Allies being farther north in Belgium while the Germans’ main attack would be through an extremely dense forest called the Ardennes. This attack plan was the military equivalent of putting everything on one corner in roulette. If the Allies had moved even a token force against them, the Wehrmacht would have been stopped. Because moving through the Ardennes meant using such cramped, unreliable roads over such bad terrain “the worst traffic jam known to Europe at that date[/url]” would have happened. The Allied forces would have been able to pick them off easily as they slithered out of the Ardennes, and even retreating would have been ridiculously difficult. But then, the Germans had luck on their side when they needed it most.

2
Forced Labor is Terrible For Those In Power As Well 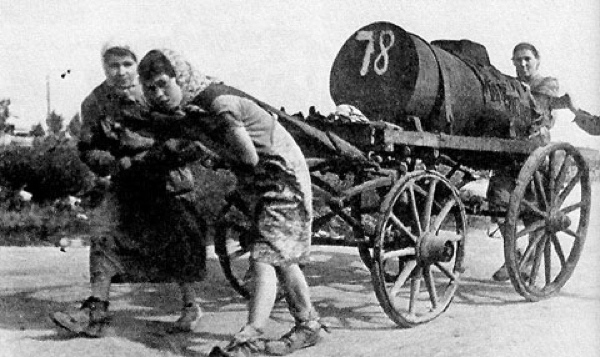 People subject to forced labor often worked elaborately against the Nazis’ interests. Taking away people’s freedom will generally drain their will to live, and therefore their fear of death—so they’ll try to get revenge any way they can. The Jewish Virtual Library states that there are numerous examples of slaves deliberately making defective products.

The punishment for this was hanging. Even the desperate 1944 V-2 missile bombardment of Great Britain was so badly assisted by its forced labor that this punishment was inflicted two hundred times out of every ten thousand works, and as many as a third of rockets[/url] that actually hit the targets did not explode due to sabotage. Obviously the evil dehumanization of slavery is the worst part, but anyone inclined to use or condone slavery (directly or otherwise) probably would be more concerned with the bottom lines than the ethics. 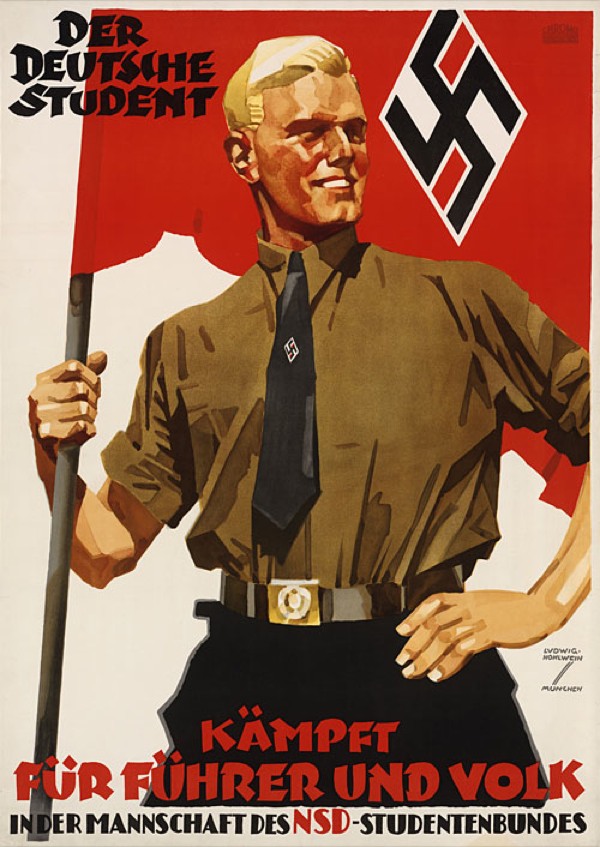 Of course the most significant act of the Third Reich was the mass murder of “undesirables” in the Final Solution. But there was always the issue of quantifying what exactly a “Jew” was in the 1935 Nuremberg Laws that dictated Nazi racial policy. Ultimately it was decided that personal religion or parental religion wasn’t as important as your grandparents’ religion. So even Catholic priests and Protestant ministers were listed as “racially” Jews because they had at least three Jewish grandparents. It effectively could not have made less sense, but as Hitler said, if Jews had not existed, they would have needed to have been invented. So even back then, people were aware that these views were nonsense.

Dustin Koski used all these lessons for his book Six Dances to End the World.

10 Famous People Killed By Their Doctors