War, as they say, is hell. It’s a constant, violent struggle for survival, in which men kill each other for reasons their government or leaders assure them are very good. Being a prisoner of war is no better either: here are ten of the worst things done to POWs throughout history. 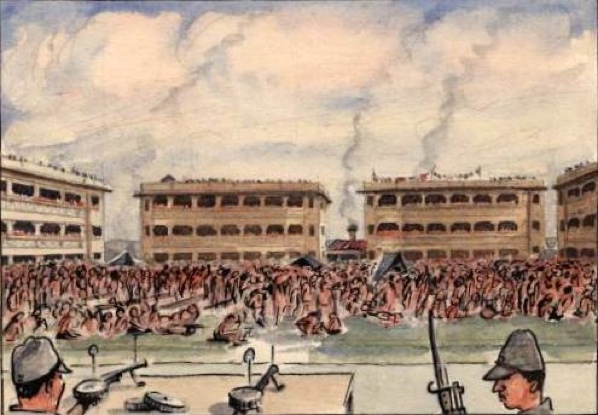 In 1942, four Australian POWs did the unthinkable, and tried to escape from their Japanese prisoner of war camp. The Japanese became so incensed that they ordered every POW in the Changi peninsula to sign an agreement promising not to escape. These prisoners—being Australian—promptly told the Japanese to do one.

In retaliation, the Japanese ordered every single one of them to assemble in the Selarang barracks without food or water—all fifteen thousand of them. For four days, the men were forced to stand shoulder-to-shoulder in a space only constructed to hold as few as one thousand people. After four days suffering from dysentery, malnutrition, and dehydration, the Australians relented and signed the agreement.

9
Soviet POWs Punished By Their Own Comrades 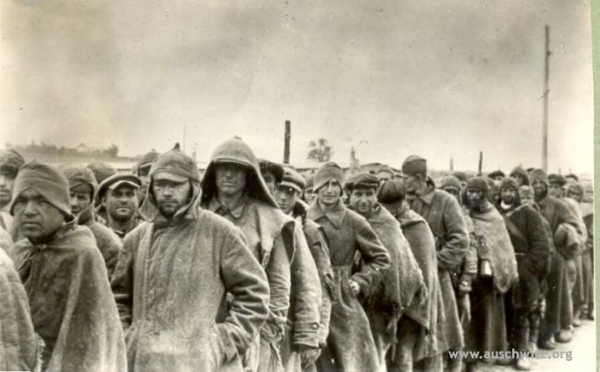 During WW2 the Soviet’s had a fairly simple motto: “no surrender and screw the Nazis” [citation needed]. But although it was uncommon for Soviets to be taken prisoner, it could—and did—happen.

Many Soviet POWs were invariably used as forced labour for the Germans, which is fairly standard and in no way warrants them a place on this list. But what happened after the war makes it clear why they should be included. The Soviets didn’t look kindly on POWs, and many were accused of collaborating with the Nazis. Their punishment, upon returning home from their POW camps? Forced labour camps. 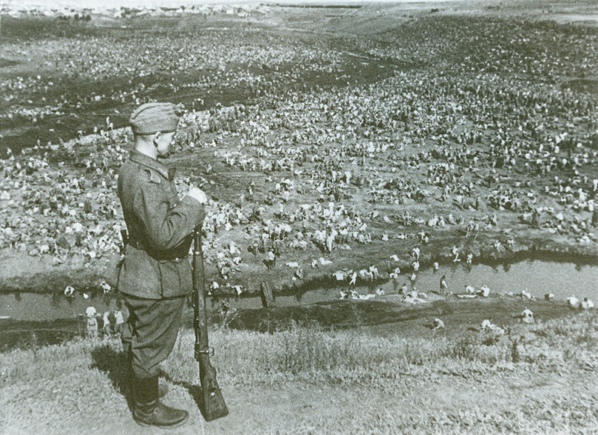 If double forced labour wasn’t bad enough, during their time as POWs Soviet soldiers were among the worst treated in WW2. For example, when the food available for use in camps became incredibly scarce, Colonel Eduard Wagner issued an order to let prisoners starve to death.

Soviets again somehow got the worst out of this deal when German officials barred Allied soldiers from sharing their Red Cross care packages with them. When the Red Cross offered to vaccinate prisoners, the Germans declined the offer and instead left them in the cold to freeze to death.

7
The Tiger Cages of Vietnam 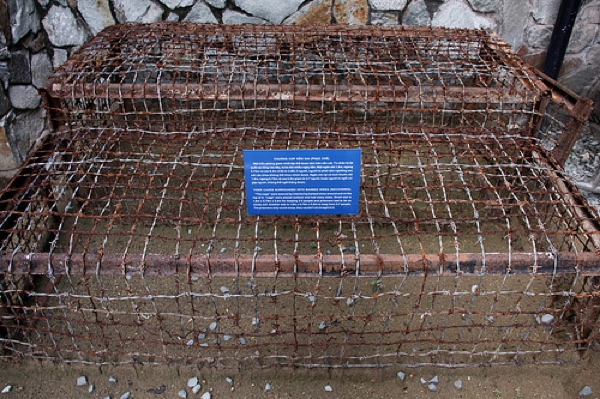 The Vietnamese were infamous for their treatment of POWs—but nothing sums up their sheer brutality more than the so-called “Tiger Cages.” Despite the name, they weren’t cages that contained tigers. But after reading the next sentence you’ll quickly realize that tigers would have been a more human option.

The tiger cages were small cages where prisoners were literally left to die; they were given neither numbers nor names, but were merely left there. Some prisoners were hung on metal hooks, others were beaten with clubs. Open sores from metal shackles quickly became infected by the layer of human waste left on the floor. But worse that what actually happened to the prisoners, is why it was done to them. It was wartime after all, and there must have been a good reason? 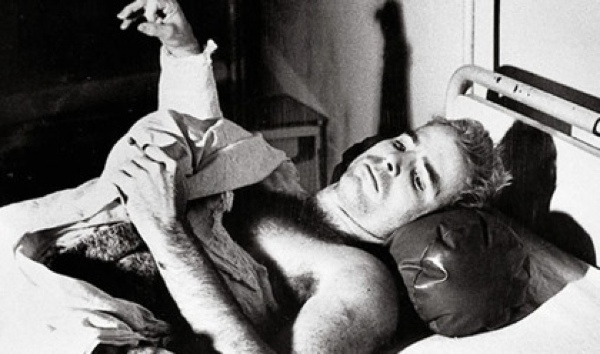 Horror stories about the treatment of POWs by the Vietnamese are all too common. But a fact that’s commonly left out is why the Vietnamese actually did it. The reason was simply to break the will of the soldiers they’d captured.

It wasn’t to obtain information or even punish disobedience, it was simply a cold methodical way of ensuring that every prisoner hated Vietnam forever. Which explains why the systematic torture inflicted on victims was the same, whether a POW had been captured in combat, or found with broken legs after a bailout from his plane. 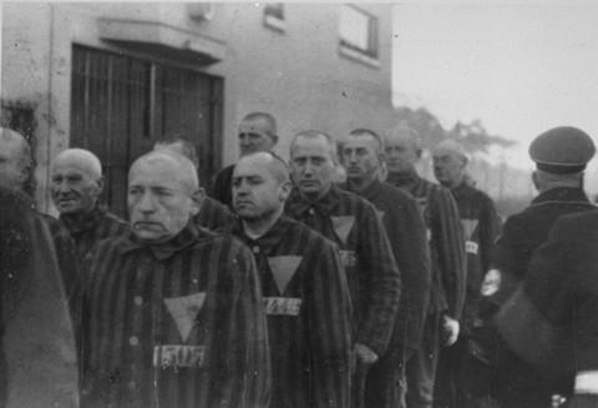 When the Nazi concentration camps were liberated by the Allies, it was a time of great jubilation for the tens of thousands of people incarcerated in them. But an often forgotten fact of this time is that prisoners who happened to be wearing the pink triangle (the Nazis’ way of marking and identifying homosexuals) were forced to serve out the rest of their sentence.

This was due to a part of German law simply known as “Paragraph 175” which criminalized homosexuality. The law wasn’t repealed until 1969.

4
The Aztecs Were As Harsh As You’d Expect 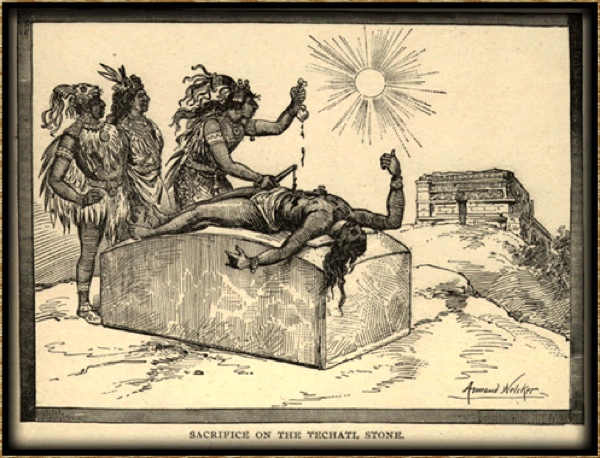 The Aztecs have a reputation as one of the most barbaric civilizations of all time: their society revolved around sacrifice and war. If you were unlucky enough to face the Aztecs in combat and be taken prisoner, your options for negotiation were pretty much limited to “having your heart cut out”.

That is—unless you were captured while the Aztecs were paying tribute to Tezcatlipoca, their most powerful god. In which case you’d be tethered to an enormous stone slab and ordered to fight half a dozen of their finest warriors, who were armed to the teeth with obsidian weaponry. Prisoners were given “mock weapons” to fight this duel, and were invariably cut to pieces. One exception is the famed warrior Tlahuicole, who beat to death eight of the Aztecs’ best tiger knights with his bare hands. 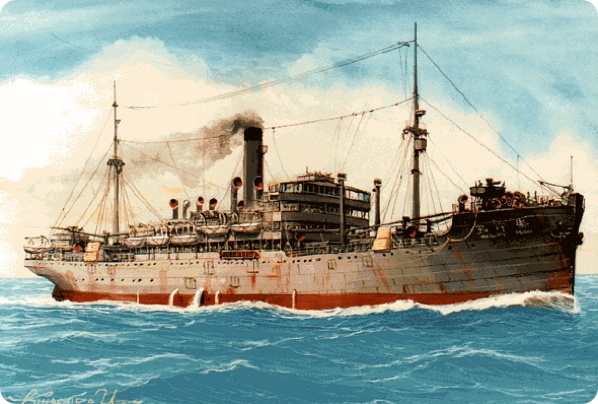 “Hell ship” is a colloquial term used to describe the ships used to transport POWs during war. The inhuman and often deadly conditions onboard are the reasons for the title. Though the conditions on such ships were awful, that’s not why they have a place on this list.

You see, hell ships were normally just reconstituted transport ships; outside observers often had no clue that they contained hundreds of their own imprisoned men. This problem led to numerous tragic occurrences of Allies accidentally dooming their own men to a watery grave. 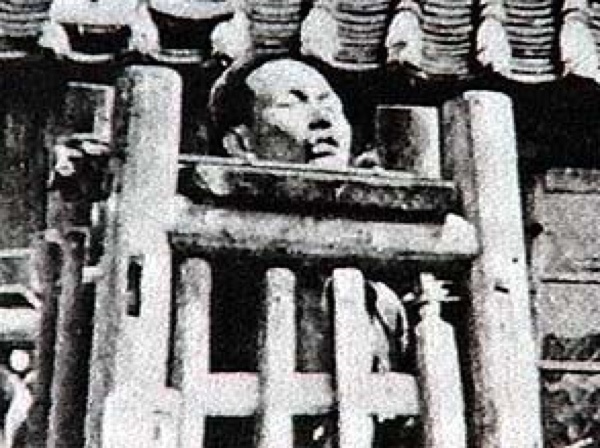 During the Japanese attempt to conquer China in 1937, a lot of blood was spilled—and the Chinese were anything but kind to the Japanese soldiers they captured.

Japanese prisoners of war could expect brutal torture at the hands of the Chinese. The most poignant example of the sheer disregard for human life reaches us via Tom Simmen, a photographer who managed to document the brutality, and show that it wasn’t limited to one side. According to Simmen, Chinese soldiers gleefully watched the execution of a Japanese soldier, hoping that they might be able to play soccer with his head. 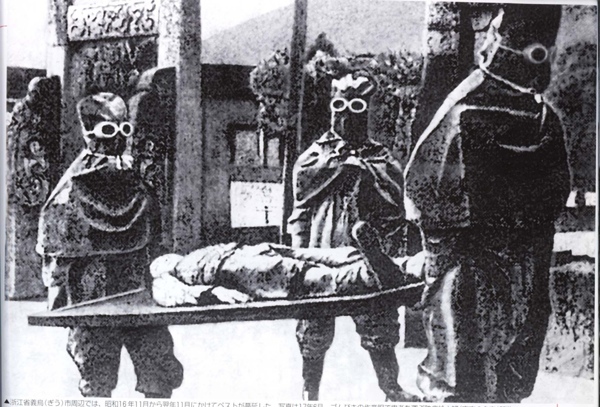 Unit 731 is, in short, probably the worst thing ever designed for the punishment of human beings. Unit 731 was an incredibly secretive Japanese biological and chemical warfare research facility, in which dozens of lethal and inhumane experiments were conducted on living POWs.

Experiments included—but weren’t limited to—vivisection of live patients infected with various diseases, and organ removal on live subjects just to see what would happen. Live human targets were used to test the effectiveness of grenades, flame-throwers, and bombs—and some prisoners were simply buried alive, all in the name of science. The worst part? After the war, many of the Japanese scientists involved were offered full immunity for their crimes in return for handing over their research. Because, well—science.