Sleepwalking, or somnambulism, is a condition in which a person gets up at night and walks or does various activities in their sleep. This condition occurs during the slow-wave sleep stage, in a state of low consciousness. In this state, the sufferer generally performs actions that are usually associated with a fully conscious person. A sleepwalker may suddenly start talking, sit up abruptly in bed, walk to the bathroom, eat, or clean up the house. They might even perform risky activities like cooking, driving a vehicle, or engage in violence. But the sleepwalker remembers nothing.

Below are the top 10 most peculiar—some may say messed up—things people have done while sleepwalking. 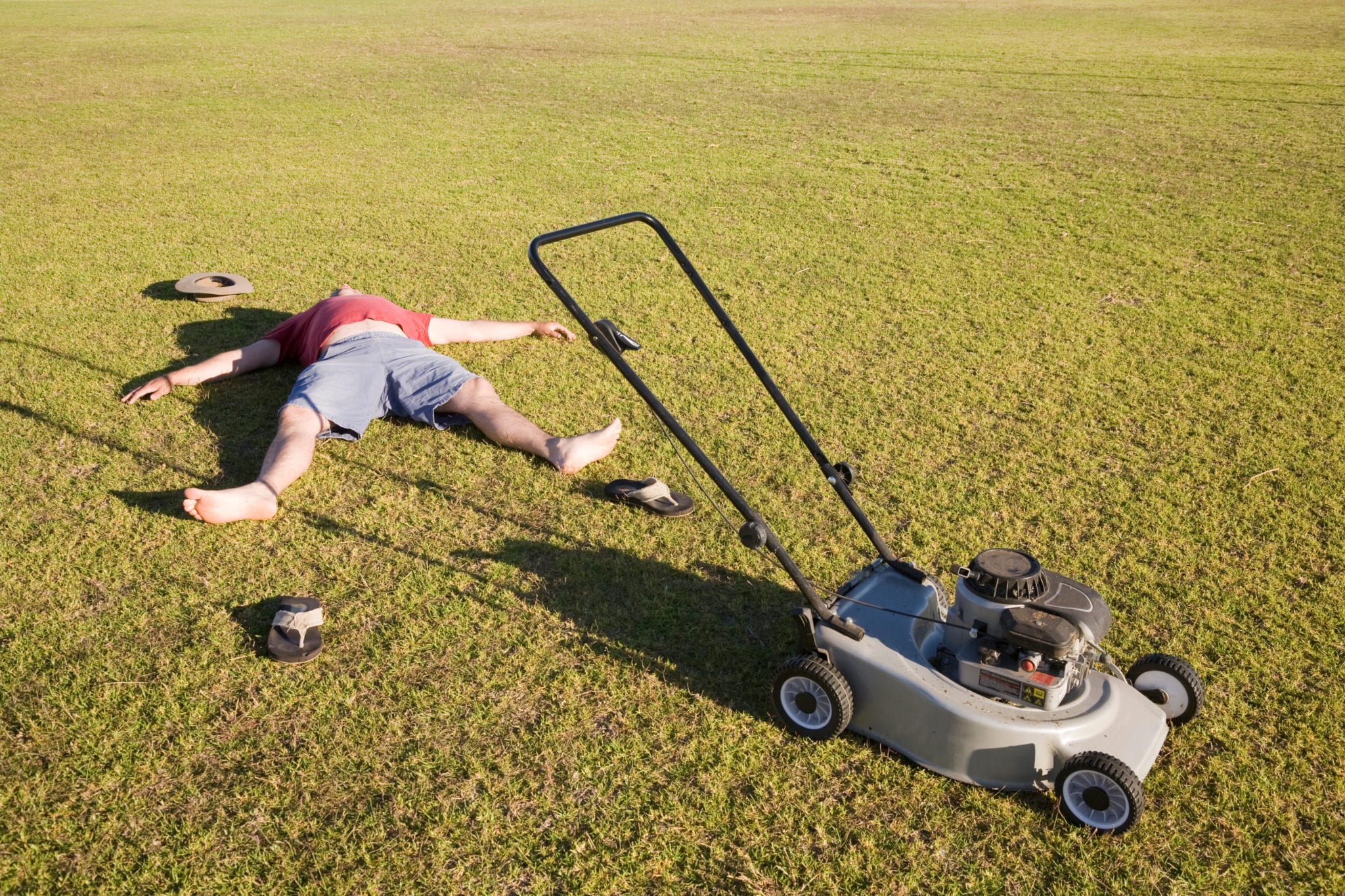 In 2005 a London wife caught her husband, Ian Armstrong, mowing their lawn—naked! The wife, Rebecca, woke up after hearing strange noises from the garden at around 2 am. When she went to check, Rebecca discovered her husband had almost finished mowing the lawn. She said that she didn’t wake up Ian because she believed it was dangerous to wake up a sleepwalker. Rebecca did the next best thing- she switched off the mower and went back to bed, where Ian later joined her. When she confronted him about it, the 34-year-old computer expert did not believe her—until she pointed out his dirty feet. 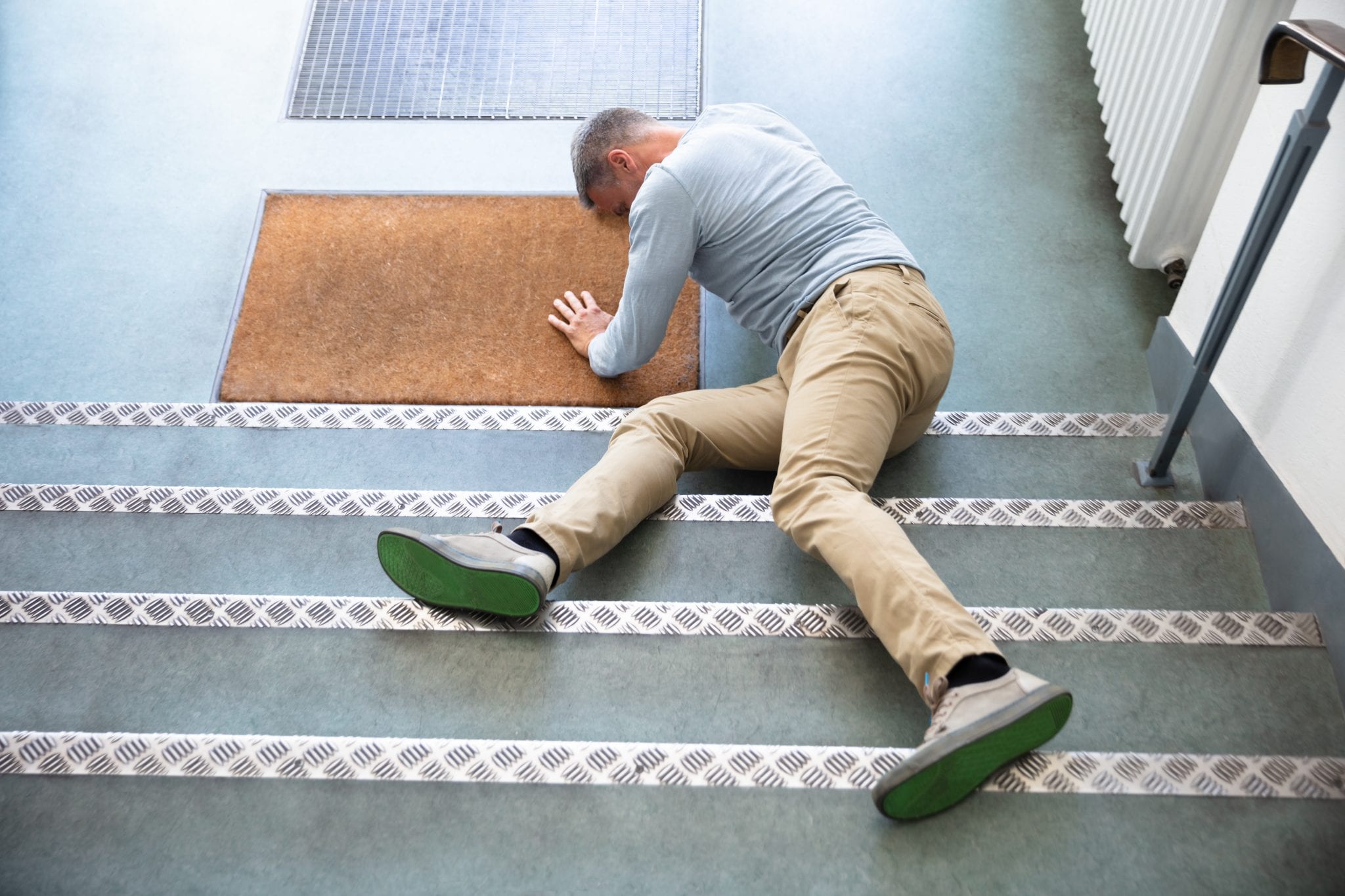 27-year-old Rob Williams died after he climbed out of a hotel window and fell 13 feet to the ground. He didn’t do this intentionally, however. He was sleepwalking. Williams, who started sleepwalking as a boy, suffered fatal brain injuries caused by severe hypothermia. One of his friends said that his sleepwalking antics were something they would often laugh about, but they never imagined that it would end so tragically.

There are records of people who sleepwalked out of windows from high heights and survived, though. In 2007, a 17-year-old from Germany stepped out of a fourth-floor apartment window, falling 32 feet. The man continued to sleep and was later found by police. Not only did he survive the free fall, he merely sustained minor injuries (a broken arm and leg). He wasn’t under the influence of drugs or alcohol.

8 Fun in the Bedroom 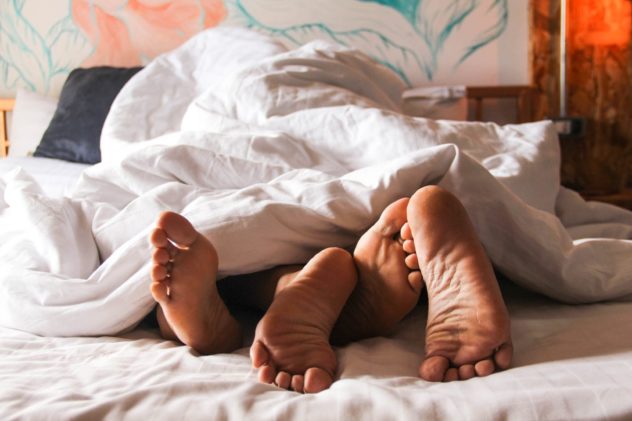 Some people sleepwalk, some people sleep eat, and then others have sleep sex. In the book “Sleepsex: Uncovered,” one woman writes about her husband who experiences sexsomnia. “Within the first hour of falling asleep, my husband always wants to have sex with me. While at it, I sense that he’s very different-much more aggressive, and playfully biting me. Initially, I used to think he was awake and doing this consciously. This was until I confronted him the following day, and he wouldn’t have any recollection of what he did!”

Sexsomnia is a disorder that we all want to giggle at, and people don’t usually mention this behavior to their partners or doctors because they feel embarrassed. But it actually can be one of the most psychologically damaging forms of parasomnia. Why? It’s not just because of the emotional impact on the people who experience it and who they interact with. There’s a real potential for physical abuse.

Never Knew How Funny Sleepwalking Could Be @celinaspookyboo

TikTok user Celina Myers has been sleepwalking since she was a child. And the published author and beauty blogger started documenting her sleepwalking adventures for us to enjoy. In one of her more famous TikTok clips, we see her with a handful of drinks, walking outside in her pajamas, and throwing the drinks onto her snow-covered lawn. She claims to have thought she was at a pool party, and her lawn was a pool made of Jell-O. Fortunately, Myers asked her husband to keep an eye out on her, which he does, making sure she doesn’t venture too far away from the house.

6 Going for a Joyride 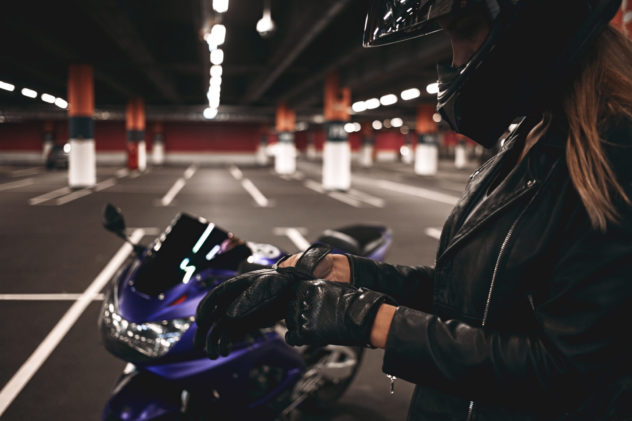 No doubt, sleep-driving or sleep-riding brings the danger of somnambulism to a whole new level. On BBC’s “On Mysteries of Sleep” series, Jackie, 47, recounts her moonlit motorcycle rides that she can’t remember—because she was asleep. At first, there was no indication that she had been sleep-driving because she returned the motorbike to its same parking spot. But when the neighbors finally brought up her nightly activities, Jackie reacted by handing the keys over to her landlady. That way, she thought, she effectively solved the problem.

This isn’t the first time Jackie has had to deal with sleepwalking. As a child, Jackie recalls getting up in the middle of the night and walking down to the river during one of her school’s camping trips. She walked into the woods, and adults (who supervised the trip) decided they could not handle the situation. They took her back home.

The man who makes art in his sleep – BBC REEL

Some people engage in night-time behavior that has no connection to their waking-life. One great example of this is Lee Hadwin, a nurse by day. At night, Lee is a sleepwalking artist who produces excellent works of art. Of course, he has no recollection of these drawings when he wakes up the next morning. Lee claims that he was shocked by his peculiar “nocturnal talent” because he showed no interest or ability in art whatsoever during the daytime. Subsequently, Hadwin became a talented artist in his sleep, using pencils and paper sheets to produce fantastic artwork. 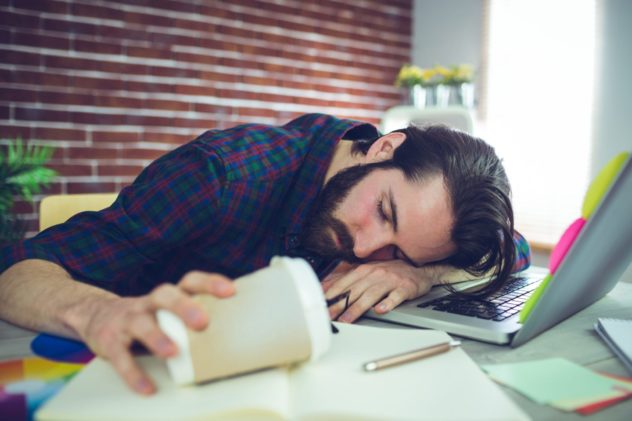 According to a case described in the medical journal “Sleep Medicine,” a 44-year-old woman logged onto her computer and emailed party invitations to friends in Ohio in 2008. She wrote these poorly formatted emails in a mix of upper and lower case characters and included odd expressions.

One of the emails read: “Come tomorrow and sort this hell hole out. Dinner and drinks, 4 pm. Bring wine and caviar only.” Health experts believe that writing an email after turning the computer on (including connecting the internet and remembering passwords) is unique. Such complex behavior among somnambulists, who require a coordinated and pre-planned tasking and movement, had never been reported before.

Unlike simple sleepwalking, experts argue that the woman’s activities required intricate behavioral patterns and coordinated movements to remember her login details. She was so shocked when she saw the emails because she didn’t remember sending them and because they were so outrageous. 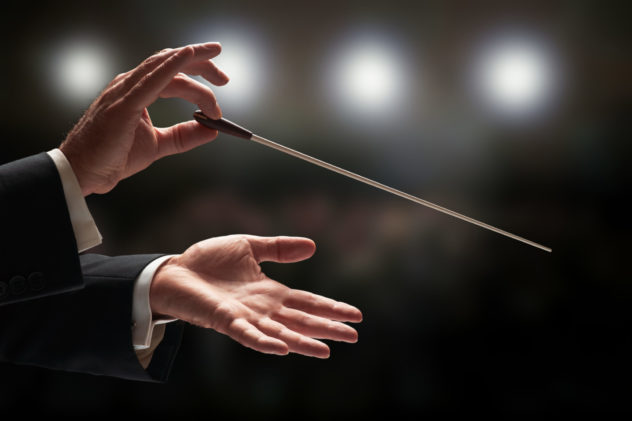 Harry F. Rosenthal is a journalist by profession, an Associated Press reporter, a classical music enthusiast, a part-time maestro—and a sleepwalker. His wife, Naidene, said that she heard strange noises coming from the bedroom where he was sleeping one night. She brought in their children to see. She even went ahead and recorded a video of him conducting the orchestra while vocalizing virtually all the instruments.

Rosenthal said he had no memory of being a music conductor or playing any part in the orchestra when asked. He says that he finds this incident embarrassing. Why? It has happened repeatedly without him knowing it. He only knew that he sleepwalked by waking up in strange places or learning about his antics from witnesses.

2 Prepare a Snack or a Meal 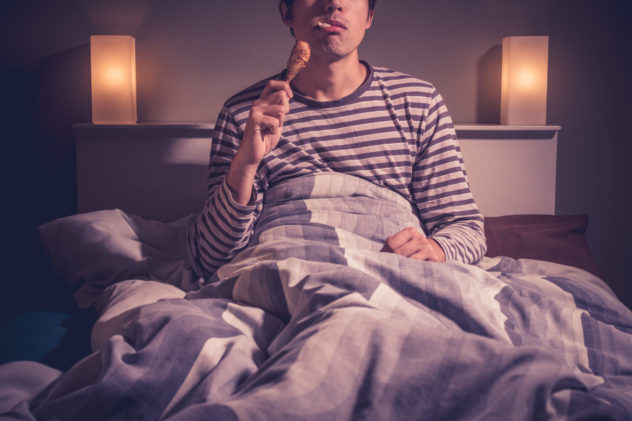 Ambien is a popular treatment therapy for insomnia, a sleep disorder in which an individual has difficulty falling and/or staying asleep. Experts know that some patients who use the sleeping pill actually prepare meals and/or snacks and even use the microwave.

They eat sloppily, either in the kitchen or after taking the food back to their bedroom, without remembering it. Sleep health experts also say some patients put on lots of weight due to high-calorie sleep-eating. When the sleepeater wakes up, they find a messy kitchen or crumbs in bed. This is the only evidence of their strange nocturnal eating habits.

The Curious Case of Kenneth Parks

The most outstanding incidences of crime committed by a person while asleep took place in 1987 when Ken Parks, 23, got out of his bed, entered his car, and drove 14 miles to his in-laws’ house (witnesses say they had a close relationship). He allegedly strangled his father-in-law and stabbed his mother-in-law to death before driving himself to the police station. He confessed to the killings.

Parks appeared utterly unaware of the visible injuries he had survived in both his hands during the crime. That obliviousness to pain, along with a strong family history of parasomnia, led experts to testify that Parks was asleep during the attack. Since he wasn’t conscious, this made him unaccountable. The judge pronounced him “not guilty.”

However, not every accused person is always acquitted on the grounds of sleepwalking. In 1994, Michael Ricksgers was convicted of murdering his wife. He claimed that he might have accidentally killed her during a sleepwalking episode. The defense lawyers argued that a medical condition triggered this. Prosecutors presented a different argument, stating that Ricksgers was troubled that his wife was planning to divorce him.

In his statement, Ricksgers told police that he woke up only to find the gun in his hand and his wife bleeding, right next to him. He said that he had, probably, dreamed about an intruder breaking in. This claim didn’t convince the jury. Ricksgers was sentenced to life in prison without parole.