In the heat of video game competition, people will do strange things and may even act violently. Sometimes, they don’t think before they act. Other times, people are already violent and use video games as a means to let out their aggression.

This is certainly not exclusive to video games. But as a relatively new medium, they have come under extreme scrutiny in the media due to the violence portrayed in many games.

However, most media—from books to movies—was analyzed by the public when first introduced. The more unfamiliar something is, the more frightening it can be. In the same way, the more immersive media has become, the more concerned people have felt over its effect on the human mind. 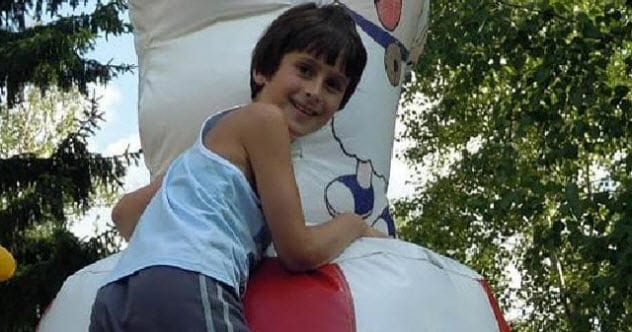 A 15-year-old Russian boy named Pavel Mateev was quite fond of video games. Some might say he was addicted to them. Or at least that’s what Russian new sites claimed after Mateev seemingly inflicted fatal wounds to his own head with a chainsaw after losing at a computer game. Apparently, Mateev spent several hours at the computer at a time playing the game that his mother had bought for him.

Russia has several “death groups” that try to convince young teens and children to commit suicide while playing video games. So investigators are currently looking into whether Mateev was goaded into committing suicide. According to reports, he went into his yard, “switched on a chainsaw, and sawed off his own head.”[1] 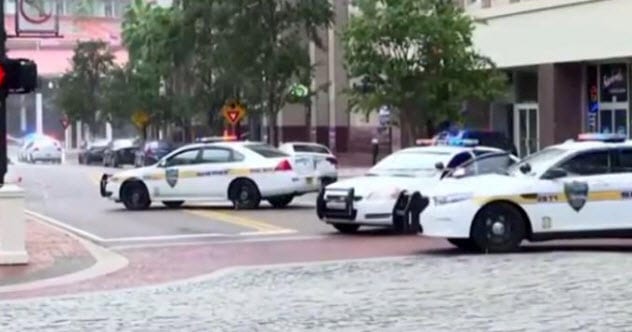 David Katz was a 24-year-old man from Baltimore, Maryland, who was participating in a “Madden NFL 19” video game tournament in Jacksonville. According to the authorities, Katz pulled a gun and opened fire on the other tournament goers after he lost.

He murdered two innocent men—22-year-old Elijah Clayton and 28-year-old Taylor Robertson—and injured several other people before turning the gun on himself. Authorities said that Katz intentionally targeted the competitive gamers because he walked past other patrons without shooting them.[2]

The tragic event was broadcast on Twitch. “I’ve been doing this 13 years, and this is one of the few cases that’s ever left me at a loss for words. There’s never a good reason for [murder], but this is just the pettiest of reasons,” said prosecutor James Berardinelli.

Tyrone Spellman was a 27-year-old man living with his children and girlfriend in 2006. He was playing video games when his one-year-old daughter Alayiah Turman was crawling around on the floor and pulled down his Xbox console.

Spellman flew into a rage and beat the infant in the head five times. He cracked her skull in several places, which resulted in her death. Spellman was charged with murder and sentenced to the maximum 22.5–45 years in prison. Initially, he had confessed to the police. Later, he said that his statement was coerced and that he was trying to protect his partner, Mia Turman.[3] 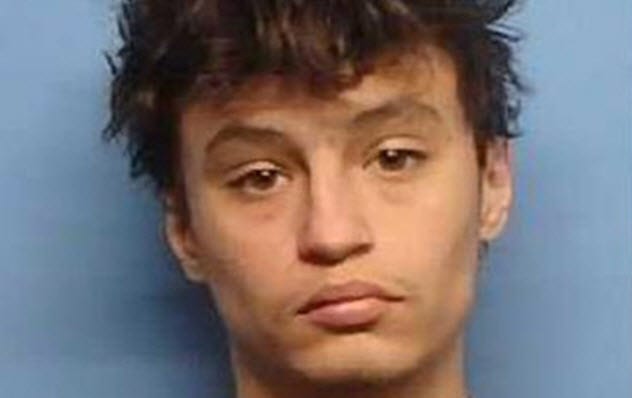 Johnathan Fair was babysitting four-year-old Skylar Mendez for his girlfriend. When Skylar died under his watch, her family had an autopsy done. It revealed that she had been brutally beaten to death.

The 19-year-old Fair claimed that the toddler had just hit her head, but he also admitted to shaking her hard. He took her to the hospital after she passed out. Skylar died a few days later.

Fair was charged with murder and is currently being held on a $5 million bond. Authorities stated that they believe Fair beat the child because she spilled juice on his Xbox. If convicted, he could face 60 years to life in prison. Fair’s defense attorney, Sam Amirante, stated that his client “will be acquitted [when] the real facts come out.”

The family set up a GoFundMe page for Skylar’s funeral expenses. On the page, her family stated, “Our beautiful niece Skyler only 4-year-old had a tragic accident. At her early age, God had called for her. Unfortunately for a tragedy like this, we were not financially prepared.”[4] 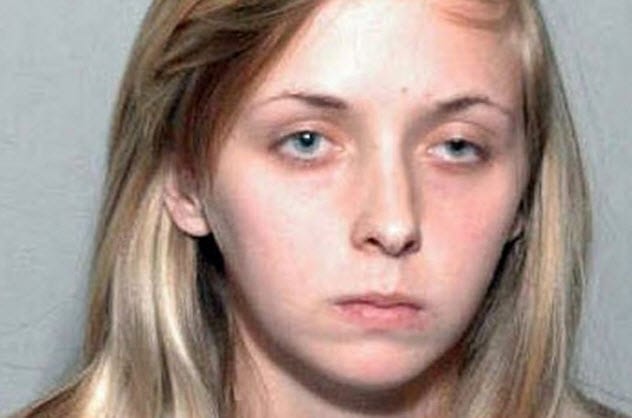 Alexandra Tobias and her three-month-old son, Dylan Lee Edmondson, were living together in Jacksonville, Florida. Dylan started crying while Alexandra was playing FarmVille which caused Alexandra to fly into a rage. She picked up the baby and started shaking him violently. Then she went outside and enjoyed a cigarette before going back inside to shake the baby again.

He was later taken to the hospital for his head injuries. There, he passed away from head trauma.

At first, Alexandra told the police that Dylan had fallen and hit his head after the dog knocked him off the couch. The police didn’t buy it, and Alexandra was arrested. She pled guilty to second-degree murder and was sentenced to 50 years in prison.

The judge presiding over her trial said, “He who is the most defenseless among us was murdered by his own mommy. And why? Because he was crying during a game of FishVille or FarmVille or whatever was going on during Facebooking time that day.”[5] 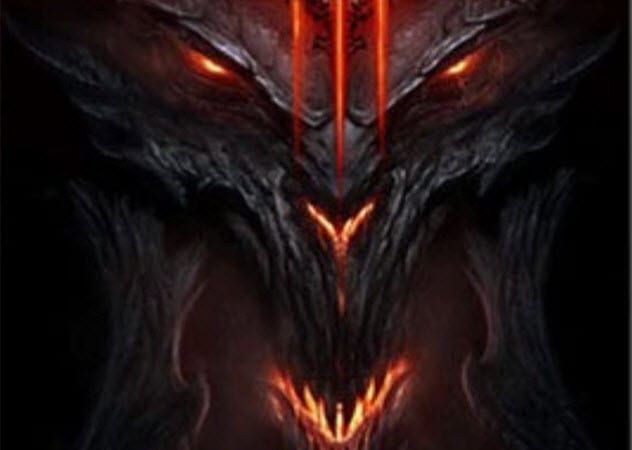 Chuang, an 18-year-old living in Taiwan, had booked a private room at a Taiwan Internet cafe to play the game Diablo 3 for the next 40 hours. He didn’t eat and fell asleep at his table. An attendant woke him. Chuang stood up and took a few steps before collapsing on the ground. He was taken to the hospital and declared dead soon after arriving. It is believed that he had suffered from a blood clot after sitting for so long.

Afterward, a spokesman for the game developer Blizzard stated:

We’re saddened to hear this news, and our thoughts are with his family and friends during this difficult time. We don’t feel it would be appropriate for us to comment further without knowing all of the circumstances involved. While we recognize that it’s ultimately up to each individual or their parent or guardian to determine playing habits, we feel that moderation is clearly important and that a person’s day-to-day life should take precedence over any form of entertainment.[6] 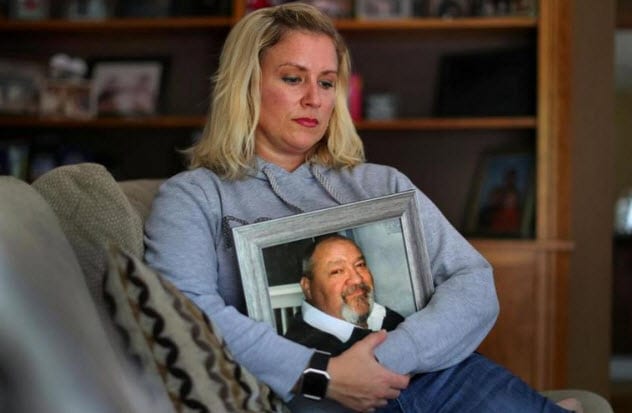 Patricia Waible, a nurse’s aide at a VA hospital, was responsible for checking up on Vietnam vet Bill Nutter. He had heart problems that put him at high risk for cardiac arrest. He could barely whisper after a surgery, he had both legs amputated due to diabetes, and he suffered from neuropathy in his hands. As a result, he couldn’t press a call button.

Waible was supposed to look in on him hourly, but she spent hours playing video games instead. She never looked in on Bill even once. After his death, Waible was transferred to a job in the cafeteria. Later, she was suspended with pay. A criminal investigation was opened on the VA hospital after multiple families came forward, suspecting the hospital of mistreating or neglecting patients.

“My dad might not have lived another five months, who knows? But if we could have had another month with him—this lady took that away,” Bill’s daughter stated.[7] 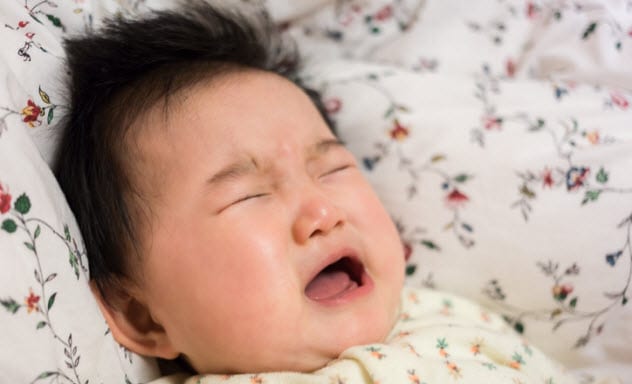 Kim Jae-beom and Kim Yun-jeong were a couple who had met in an online chat room. After the birth of their daughter, Kim Sa-rang, whose name means “love” in Korean, the couple began to frequent Internet cafes for up to 10 hours at a time. During this time, the infant would be left almost completely unsupervised, although the couple would drop by occasionally to give the infant powdered milk.

Kim Yun-jeong began to notice that her daughter was losing weight but didn’t do anything about it. The couple came home one day after a 12-hour gaming session to find Kim Sa-rang dead.[8]

They reported her death to the police. The officers immediately became suspicious due to the three-month-old’s malnourished body. Kim Sa-rang had weighed 2.9 kilograms (6.4 lb) when she was born. When she died, she was 2.5 kilograms (5.5 lb). The couple was arrested and pleaded guilty to negligent homicide.

When asked if he had anything to say, the father responded, “I think of our baby in Heaven. I will be guilty until the day I die.” 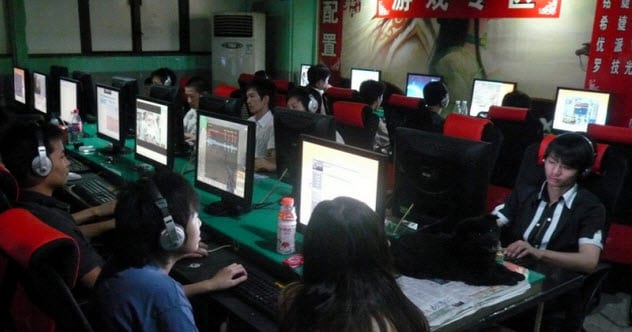 In an Internet cafe in Taiwan, a 32-year-old man called Hsieh booked a room in 2015. Hsieh was a regular at this cafe. According to his family, he would disappear for days at a time.

When staff at the Internet cafe saw Hsieh lying down, they initially thought he was sleeping. But he had actually been dead for several hours. He was taken to the hospital where he was pronounced dead. It is believed that Hsieh experienced cardiac arrest caused by exhaustion.

An Internet cafe attendant told reporters: “Hsieh was a regular customer here and always played for consecutive days. When tired, he would sleep facedown on the table or doze off slumped in his chair. That is why we were not aware of his condition in the beginning.”[9] Malik Terrell was a 21-year-old man living in Milwaukee. Terrell’s brothers believed that 15-year-old Dennis King had conspired with another boy to steal their video game system. The siblings questioned King about their missing game system and started beating King to get him to confess.

Malik Terrell beat King over the head with a hammer and stabbed him in the neck.[10] Then they used a garbage cart to move King’s body to an abandoned house and set the corpse on fire.

The 15-year-old’s family reported him missing. Just a few weeks later, King’s body was found. Malik Terrell had fled from Milwaukee to Chicago but was arrested nonetheless. He was convicted of murder and sentenced to life in prison without the possibility for parole.