If Happy Days taught us anything, it’s that life was better in the fifties. People left their door unlocked at night, kids respected their elders and a guy who lived above his best friend’s garage could still be cool so long as he owned a leather jacket. Well, turns out The Fonz didn’t lie: despite the racism, homophobia and extra racism, the fifties were a pretty good time to be alive—thanks to things like: 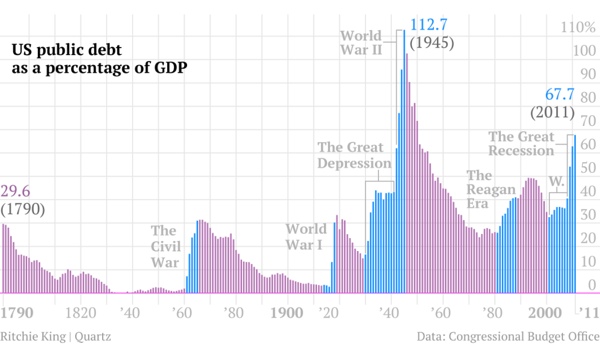 Modern stimulus packages have nothing on the Second World War. In just five years, the US economy went from Old Yeller’s flyblown corpse to Super Dog on steroids. Debt was low, growth was sustainable and huge swathes of the population were leaping out of poverty. At the same time, employment levels were shooting up fast enough to give a statistician nightmares. In 1932, unemployment had reached over twenty-five percent—two decades later, it was under three. For comparison, we’ve been stuck with around eight percent for four years. Length of unemployment was also low: if someone lost their job, they could expect to be back in work within four months—instead of the nine a modern layoff has to stick. 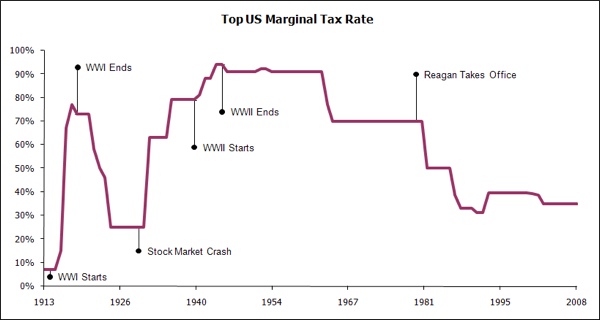 Last year treated us to the depressing sight of a bunch of rich white guys throwing a massive temper tantrum over the thought of becoming slightly-less-rich white guys. At the heart of this congressional hissy fit was an ideology that states low taxes will help the economy, while high taxes will destroy it. Considering we hit recession with a top rate of thirty-five percent, that must mean we were paying almost nothing in those 1950s boom years. What, maybe ten percent? Lower?

Try ninety-one. Business Insider analyzed tax rates since 1912 and found periods of high taxation corresponded to strong growth, while low taxation always heralded a bone-shaking crash. In the 1950s—a period when the middle class felt like it was pooping money—the government was raising taxes and people paid them. It’s almost like our parents and grandparents didn’t think billionaires paying less tax than their cleaner was somehow fair. 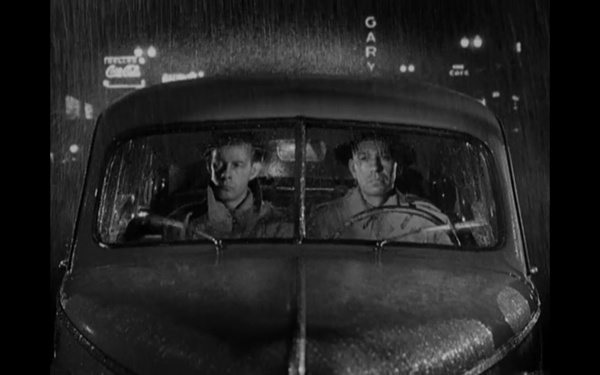 Despite what the media tells us, crime is falling. You’re less likely to be murdered now than at any time in the last twenty years, though not as safe as you would have been in 1957. That’s when the murder rate bottomed out at four people per 100,000, the lowest in fifty five years. Before that it spent three years hovering around 4.1, which is still pretty good. For comparison, between hippie love-in Woodstock (1969) and OJ Simpson getting his butt hauled back into court (1997) it remained over seven. So all those stories your grandma tells about being able to leave her door unlocked at night and let her kids play alone in abandoned warehouses are completely true. 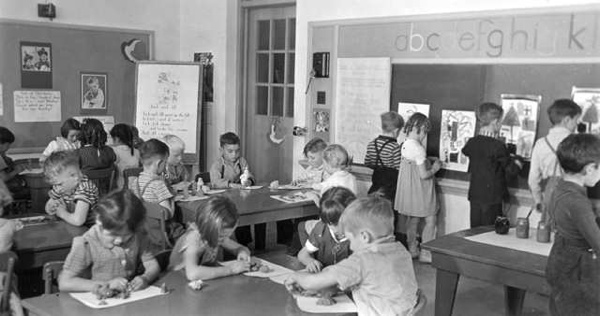 If you want to get ahead in life, get an education. Really, it’s as simple as that. Countless studies have found that those educated to degree level make on average a ton more money than those who aren’t. Unfortunately, college is expensive. Unless you’re rich or prepared for a lifetime of debt it’s not really an option—unless you happen to live in 1950.

Thanks to something called the G.I Bill, kids who would never have otherwise gone to college found themselves doing just that. Running from 1944 to 1956, the bill put aside serious funds to allow returning servicemen a shot at education or training. Bear in mind the sort of people who fought in WWII and the Korean War were mostly regular kids—working or lower middle class Joes who would’ve been chased off by campus security only a decade earlier. Thanks to the bill, around 7.8 million veterans were able to better themselves. That’s more than the entire university population of the UK today.

Between WWII and 1970, purchasing power exploded. One guy working a blue collar job could provide for his entire family. According to Nobel Prize winning economist Paul Krugman, this was largely thanks to a third of America’s workforce being unionized, meaning any manager who mistreated his workers was setting himself up for a major ass-whupping. Money went further too: minimum wage earners could cover their rent with slightly over a week’s full-time work, meaning even those at the bottom had money to spare. In fact, the only people who saw their lifestyles slip in this period were top executives—who saw their incomes drop into line with everyone else’s. Fast forward to today and the minimum wage buys nothing, while inequality is the worst it’s been since the Great Depression. 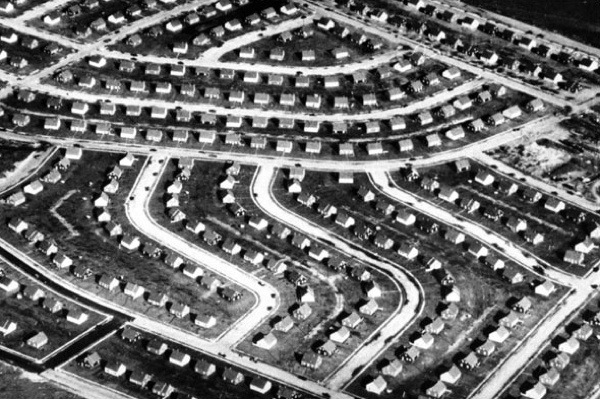 Today we think of the suburbs as a hotbed of depression, anxiety, and sex with your girlfriend’s parents. But in the 1950s they were meant to symbolize everything that was great about modern America. And they did.

For a huge chunk of the American public, the suburbs represented their first chance to get out of the inner city and into their own house. Pre-WWII, the younger generation mostly rented dingy apartments and concentrated on saving up. In Britain it was even worse—prefab communities were built to replace horrific slums the Luftwaffe had recently flattened. To the children of the forties, the suburbs were a huge step up. Suddenly you had light, space, a bit of land and a place to call your own. Best of all, they gave the growing middle class something to aim for—a reason to work hard and keep the economy growing. 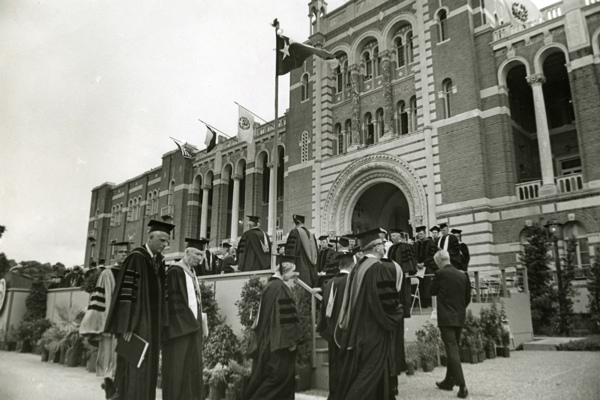 The basic idea of the American Dream is that anyone who works hard will be rewarded. You start off poor, you bust your gut and in thirty years you’re CEO of everything. The fifties took that dream and ran with it: a child born in the USA post-WWII was more than twice as likely to graduate as one born literally anywhere else in the Western world. This trend continued right through to the early seventies, at which point neo-liberalism rated its head. Skip forward to now and we’ve gone from being the best to the worst. According to economist Robert Reich, forty-two percent of children now born into poverty will stay there, a higher percentage than in countries that still have kings. In 2013 the American Dream has nothing to do with hard work—and everything to do with who your parents are. 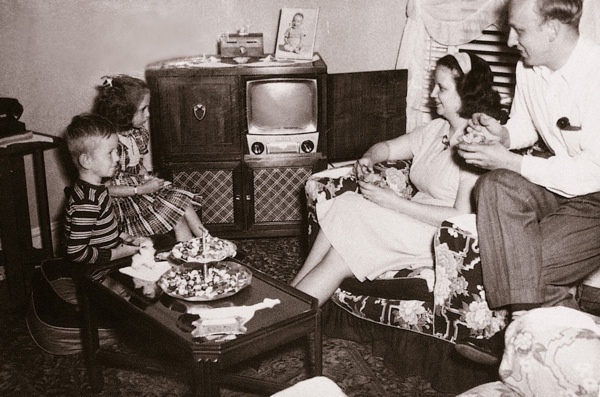 In Hollywood, setting something in the fifties is shorthand for things like ‘nostalgia’ and ‘optimism’. When you look at everything else on this list, it makes sense—but how the hell do you measure optimism?

Beginning in 1935, Polling Company AIPO spent decades ringing strangers up and asking them how happy they were—a move that actually yielded usable data. According to this book the fifties saw a surge of people claiming they were very happy, peaking between 1955 and 1960 at around forty percent. That’s the highest it’s ever been. Remember this isn’t just ‘happy’ but ‘very happy’—as in nothing could possibly be better. A different study measuring average happiness across the decades also placed the fifties as peak smiling time, with everything going downhill after that, right up till our groaning present. 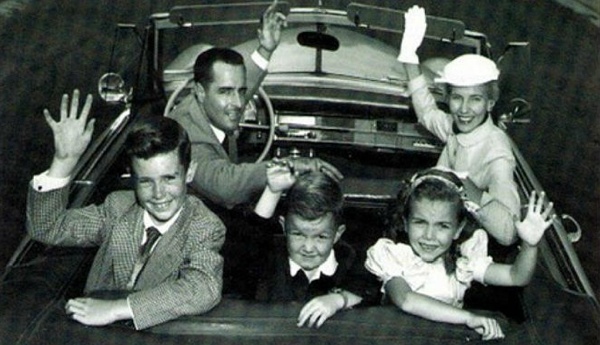 The second installment of Germany’s popular ‘world war’ series sent us plunging into debt, but by 1950 it was already under control. At the start of the decade, debt was around seventy percent of GDP—by 1960 it had fallen to slightly over forty. And it kept falling. This wasn’t some brief dip but an on-going, sustainable trend toward the sort of debt levels congress can only dream of. By comparison, we’ve spent the last few years piling that debt back on like Garfield coming off a diet. According to the Congressional Budget Office, we’re on course to hit seventy-seven percent this year, with some sources putting it at over one hundred. That would put our debt at almost the same level as during WWII, only without the excuse of a worldwide war. 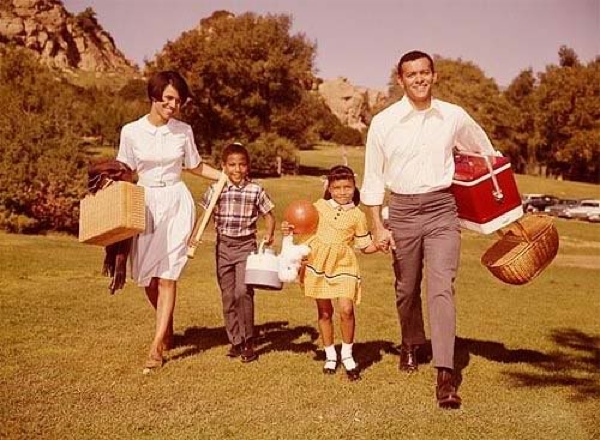 After WWII, America was popular. How popular? According to historian Michel Winock, so popular even the French loved us. Despite the rise of left wing anti-Americanism, popular polls conducted between 1952 and 1957 showed ordinary French citizens were infatuated with us. That’s the same French who routinely gave us approval ratings as low as thirty seven percent following the Iraq War. Even in the countries we’d just bombed our approval rating was good. Now compare that to 2013, where the government has a list of thirty four countries it considers dangerous for Americans to simply show their face in and Europe basically hates us.