Chain emails, wall graffiti, aggressive sport fans, photo editing, and short texting are just a few of today’s fads. Surprisingly, however, many current fads are much older than we think. 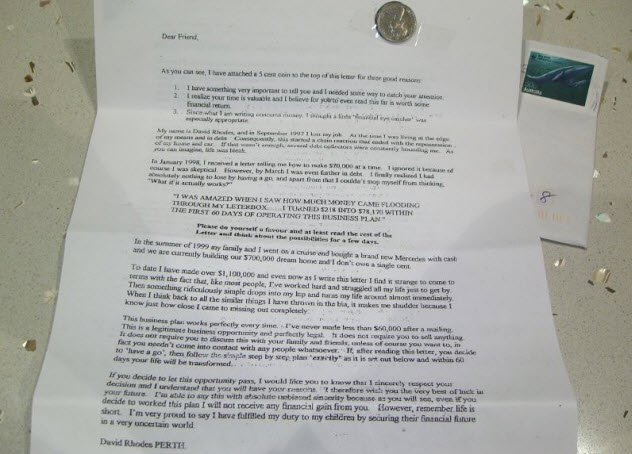 Chain emails and letters are those weird messages that instruct us to resend them to more people. Those who follow the instructions are often promised some sort of good luck. Those who do not are warned of impending bad luck, including death. Some messages also instruct the recipient to remit money to the sender and then forward the email or letter to several other people, who are also required to send money.

The first chain letter was sent in 1888, more than a century before the advent of email. It was mailed from a debt-ridden missionary academy to several people, who were told to donate to the school. They were also required to forward the letters to three of their friends.

The letter was a success, and people soon began sending chain letters to fund everything from building a house for prostitutes to building a bike path. Criminals also joined in the fad. They invented the fraudulent pyramid schemes that ordered a recipient to send a fixed sum of money to the sender of the letter and forward the letter to other people, who were expected to send money to the criminals.

Chain letters hit an all-time high during the Great Depression when people even opened chain letter stores to sell imaginary investments. The scheme crashed within weeks. Its owners fled with tens of thousands of dollars in cash, and the US Postal Service had to sort through a backlog of about three million undelivered chain letters. The postal service later banned chain letters, and writers began demanding that the letters be delivered by hand. We did not hear much about these letters again until Internet usage became widespread. 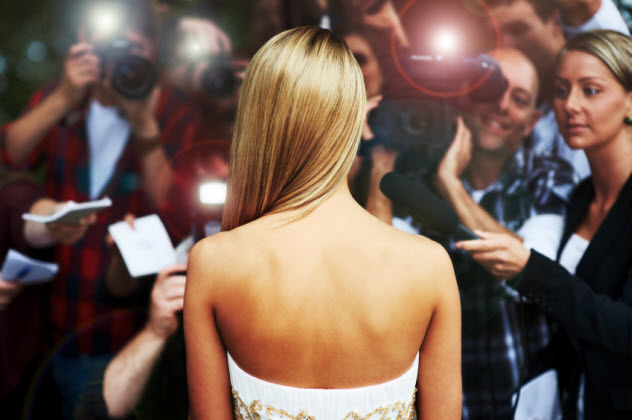 We are so obsessed with celebrity news today that we have dedicated photographers, journalists, blogs, and magazines that do nothing except inform us of stars’ daily activities. Interestingly, celebrity worship has been around since ancient times.

Ancient Romans held their gladiators in high esteem and looked upon them as human gods. In ancient Greece, the same was true of Olympic winners. In Renaissance Europe, it was artists. News of these “heroes” spread by word of mouth, and people often saw them as worthy of emulation. After the printing press was invented, newspapers began providing news about the private lives of these people.

William Shakespeare was also worshiped by his fans to such a degree that his house became a tourist attraction, much to the disgust of the reverend who had purchased it after his death. The reverend later faced the wrath of the villagers after he destroyed the house because he could not afford to pay the taxes on it. He was chased out of town and banned, along with his descendants, from ever returning. 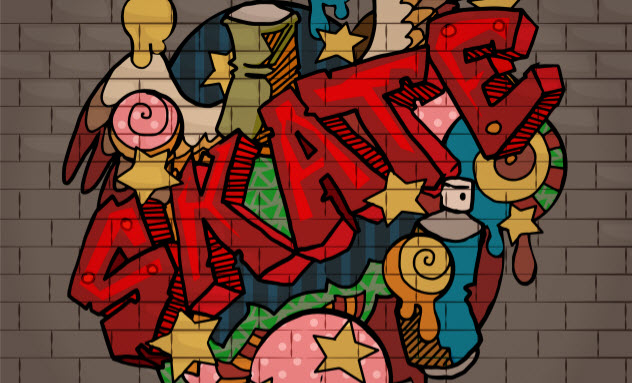 The earliest-known wall graffiti was an advertisement for a Greek brothel in ancient Constantinople. Graffiti was common in ancient Rome, where it was often used to pass messages, advertise prostitutes and gladiator fights, and hurl insults and curses. Graffiti was often rude and sexual in nature, although some of it was political and sarcastic.

One example of sexual graffiti said Lucilla ex corpore lucrum faciebat, which translates to “Lucilla made money from her body.” Another example showed a couple having sex on a tightrope while drinking wine. There was also a caricature drawing that replaced a man’s nose with a large penis.

Some graffiti contained correspondence, arguments, and outright curses. There was also the usual “I was here” graffiti that is common today. Overall, ancient Rome was so awash with wall graffiti that some people even put graffiti on the walls of their homes to warn and curse other people who attempted to place graffiti there. 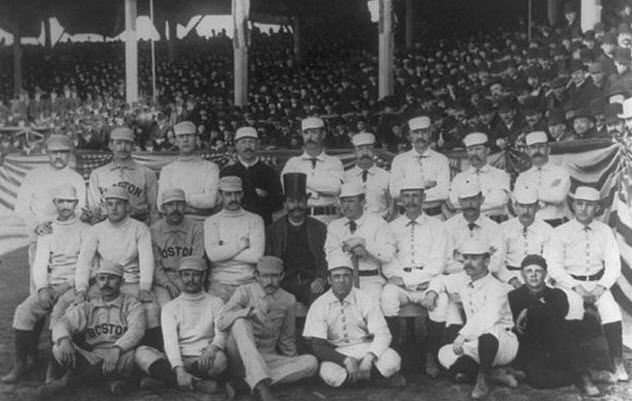 The first record of using the middle finger as an insult can be traced to ancient Greece when playwright Aristophanes compared the middle finger with a penis and made a joke of it. Historians believe that flipping the bird at a rival was meant to belittle and humiliate him. The habit of giving someone the middle finger disappeared during the Middle Ages and only resurfaced in the 19th century when baseball player Charles Radbourn did it during a team photograph. 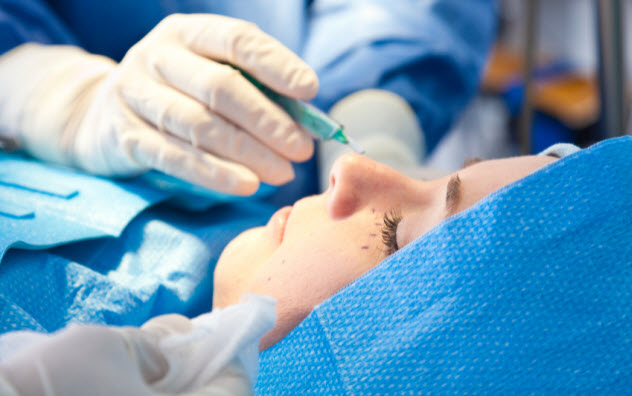 Plastic or cosmetic surgery has been around since 600 BC when a Hindu doctor used part of a person’s cheek to reconstruct his nose. It was common around AD 1000 to rebuild the noses of soldiers that had been cut off by their enemies. Ancient Egyptians also performed plastic surgery on their dead. They often removed small bones from their mummies and added seeds to their noses so the mummies would be recognized in the otherworld.

Ancient Romans probably began the fad of cosmetic surgery for fashion when they underwent procedures to remove scars, parts of their breasts, and the top of their penises because they did not want to be mocked at public baths. Plastic surgery only became more advanced in the late 18th century when doctors came upon a book from the eighth century BC that detailed how to reconstruct a nose using flesh from the head. Plastic surgery became widespread during the world wars when doctors devised new methods to treat war injuries and burns.

Many of today’s hard-core sport fans would not think twice about insulting and beating up fans of the opposing teams. Sometimes, out-of-control fans even riot, loot, and destroy property when their teams lose. Interestingly, aggressive sport fans have been around since the days of ancient Rome. Back then, sports mixed with politics and religion, so sporting events were often disasters waiting to happen. The most aggressive sports fans were those supporting chariot teams.

Ancient Rome had four chariot teams: the Blues, the Whites, the Reds, and the Greens. Although they all had aggressive followers, the most aggressive fans supported the Blues and the Greens, who would clash at any opportunity. However, fans of both teams once united to cause a huge riot that led to a siege of Emperor Justinian I’s palace, the near destruction of a city, a failed rebellion, and the deaths of over 30,000 people.

Pompeii also had its share of aggressive sport fans. Once, they clashed with rival fans from Nuceria after a game. There were so many casualties, especially from the Nuceria side, that Emperor Nero banned Pompeii from hosting any games for 10 years. The people of Pompeii, however, were proud of their act and created graffiti to celebrate it. 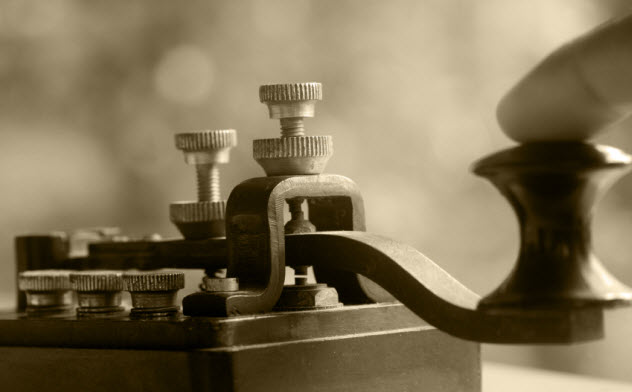 Shortening of messages predates the Internet and mobile phones. It started in the era of telegraphs when their operators shortened messages before sending them. This process was necessary to reduce the time and cost of sending messages because customers were charged by the word.

“Good morning” was shortened to “g. m.” “Good night” was abbreviated as “g. n.” “How are you this morning?” was written as “Hw r u ts mng?” The phrase to show laughter was written as “ha ha,” with the number of times that “ha” was repeated dependent on how funny the joke was.

The first record of shortened text in writing occurred in a 1917 letter from British Naval Admiral Lord Fisher to future British Prime Minister Sir Winston Churchill. In the letter, Admiral Fisher wrote “Oh My God!” as “O.M.G.” He probably did not expect Winston Churchill to understand what he meant by O.M.G., so he added a bracket in front with the phrase “Oh! My God!” 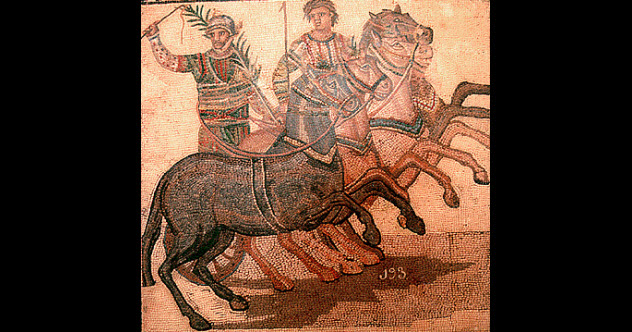 Roman sportsmen, especially chariot racers, earned so much money that today’s high-earning sportsmen would envy them. One chariot racer called Gaius Appuleius Diocles earned the equivalent of about $15 billion from his 24-year career, making him the highest-paid sportsman to date.

Gaius’s earnings were five times more than the amount earned by the highest-paid Roman governor and enough to provide grain for all of Rome for one year. In today’s dollars, that amount would pay the salaries of all members of the US armed forces for two months.

He made this kind of money in the second century without the corporate sponsorships and advertising fees that form the bulk of the income that today’s high-earning sportsmen make. However, chariot racing was an extremely aggressive, dangerous, and often deadly sport. It was not uncommon for charioteers to get thrown from their chariots into the tracks of other racehorses that would trample them to death. 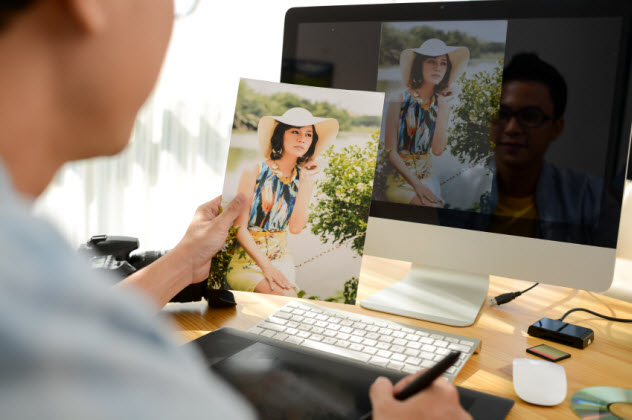 Social media today is awash with digitally manipulated photographs. We all have those family members and friends who take photographs in their bedrooms and edit them to make it look like they were on vacation in the Bahamas. Some people also remove all blemishes and change their facial features until we have serious problems recognizing them. Interestingly, photo manipulation is not a new fad. In fact, it is as old as photography itself.

Photo manipulation began soon after the invention of photography when people began adding color to their dull, black-and-white photographs. Next, people began painting nonexistent features like pink cheeks and gold earrings on their photos.

The sharp lead tip of a pencil was also used to add highlights to photography films, and crosshatches were used to brighten up parts of a photograph before it was printed. Photo manipulation was taken a step further when people began making themselves appear several times in a single photograph, changing backgrounds, and even making themselves appear as ghosts. In fact, the methods they once used to add and remove details from photographs rival the effects of Photoshop and other photo editing software we use today. 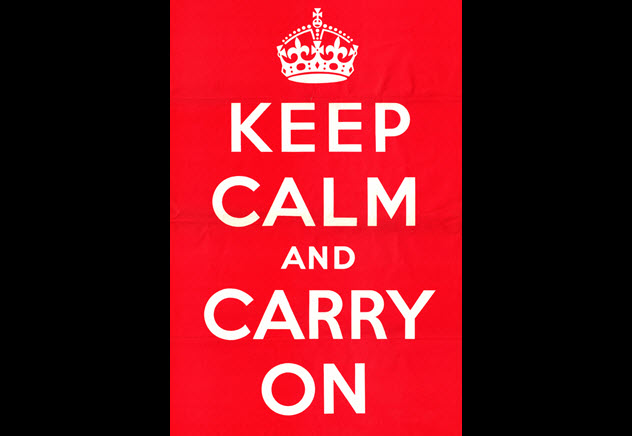 The popular “Keep Calm” fad first appeared on a British propaganda poster just before World War II. The poster was the brainchild of the British Ministry of Information, which created it with two other posters to boost the morale of Britons during World War II. The original poster carried the catchphrase “Keep Calm and Carry On.” The other two posters contained the catchphrases “Your Courage, Your Cheerfulness, Your Resolution will Bring Us Victory” and “Freedom is in Peril.”

More than two million “Keep Calm and Carry On” posters were printed. They were meant to be hung in places affected by German aerial bombardments. However, none of them were used.

The poster’s red-and-white color scheme may have been taken from Adolf Hitler’s book Mein Kampf, in which he detailed his plans for Germany. A crown at the top of the poster was borrowed from an earlier plan to mail a “Royal Message” to people directly rather than having them listen to the king or queen’s speech over the radio.

The “Keep Calm” posters and their catchphrase were largely forgotten until a few years ago when two bookshop owners found a copy in a collection of old books they had purchased.