Many artists are hindered by the idea that they need other people’s cooperation to make their masterpieces. But the people in this list were not held up in such a way. In fact, in some of these cases, they actually needed to be the only person working on their pieces of art, for practical or philosophical reasons. The artists vary greatly in nature, levels of success, and appeal—but what they all have in common is an immense amount of heart. 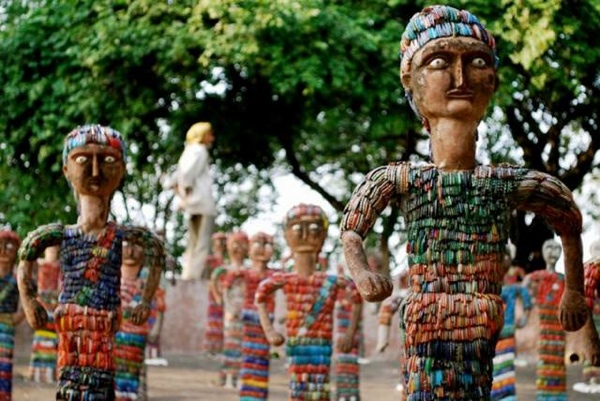 Starting in 1958, road inspector Nek Chand of Chandigarh, India, spent eighteen years keeping a surprisingly visible and beautiful secret. Using only discarded pieces of masonry and other garbage he found in a nearby dump, he developed his “rock garden” from a small pile of trash into a twelve acre array of statues, walkways, and walls.

The act was completely illegal, because it was on a public nature reserve—but it was such a winning display that following its 1976 discovery, people used themselves as human shields to prevent bulldozers and the like from demolishing it. The park still stands today, having been essentially adopted by India as a national treasure (and being visited by an average of 5,000 visitors a day.) 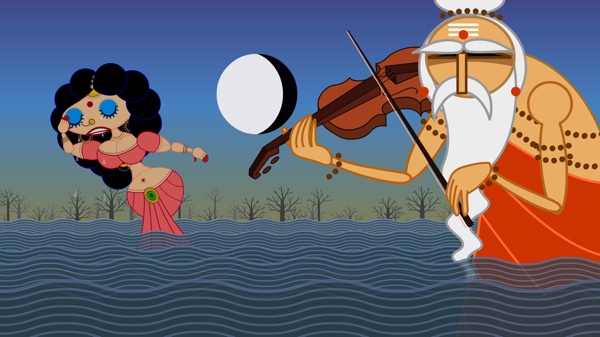 Nina Paley was a New York-based animator going through an ugly divorce, when she stumbled upon the Ramayana, a Hindu epic. The unhealthy relationship of the gods Ramaya and Sita resonated with Paley, and so she spent five years writing, animating, and directing her eighty-two minute, private epic—all from her home computer.

Despite myriad copyright problems that came up with the music, and considerable anger from both left- and right-wing groups in the Hindu community, the movie managed to get worldwide distribution and a positive critical reception which included such celebrity opinion-makers as Roger Ebert.

Inspired by the copyright problems, Paley has made the movie free to view online. 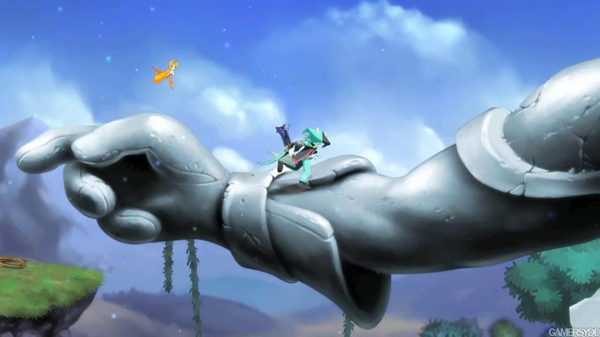 Dean Dodrill devoted three-and-a-half years to animating this gorgeous 2D RPG platformer. The game drew generally positive reviews, and sold tens of thousands of copies in its first year at $15 each.

Some took issue with the fact that the characters were all anthropomorphic animals (feeling that it made them part of a fetish group called “furries”), or with the fact that the second lead character, Fidget, was annoying—but there was little denying that the animation and fight programming was top of the line, even without bearing in mind that it was all done by one guy. 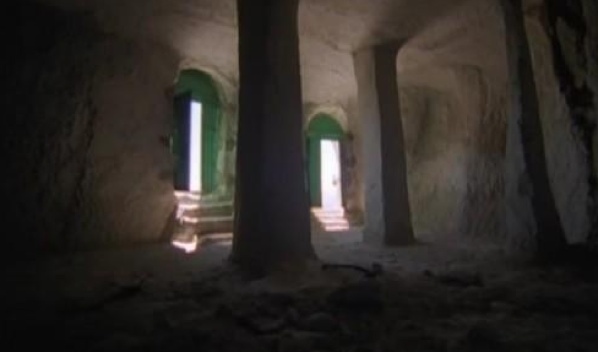 Claiming divine inspiration from thirty years of dreams, beginning in 1959, Aba Defar has constructed four churches in Ethiopia. Well, he hasn’t so much constructed them as … carved them. Out of rock. With pick axes. They’re definitely austere in design, measuring about sixteen by thirty-two feet (5m by 10m) with four pillars—but they will easily outlast many conventionally-made, more decorative churches. 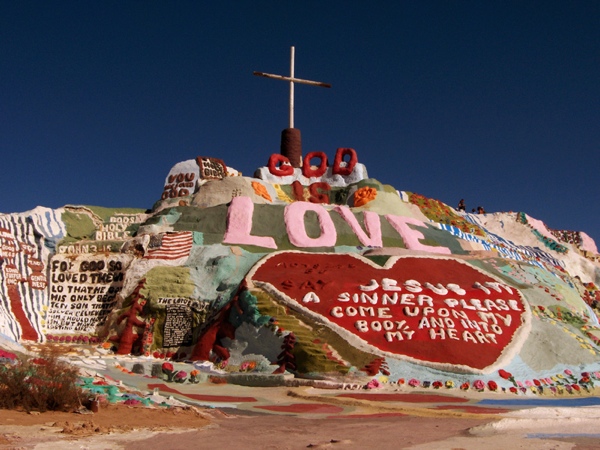 Speaking of more decorative pieces of religious art, check out Leonard Knight’s massive painting in Niland, California. It’s three stories tall, one hundred feet (30m) wide, and came into existence in 1985. After four years, the first attempt collapsed—but 100,000 paint gallons later, it managed to remain standing, despite public protests that a religious work should not be allowed on public land. In recent years, Leonard Knight has become too feeble to maintain the installation, and a public effort to preserve the many sayings and murals of Salvation Mountain is underway.

5
Romeo and Juliet: Sealed with a Kiss 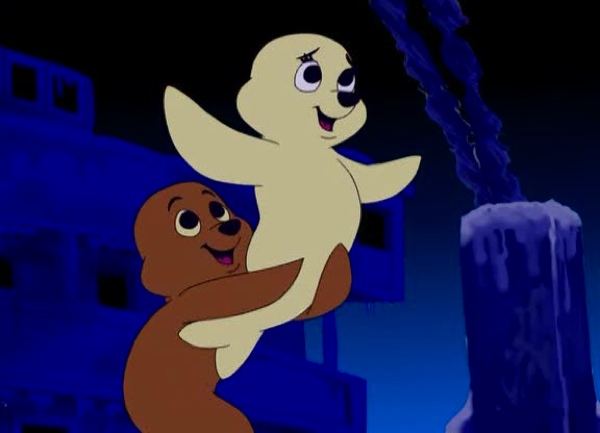 With 112,000 frames drawn on his home computer, the movie more or less captures the feel of a lesser Don Bluth film—right down to the fact that critics hated it, while audience reaction was lukewarm. Still, being a one-person project from an era which saw the release of the likes of Doogal and Delgo, its $463,000 gross makes it seem like a relative gold mine. 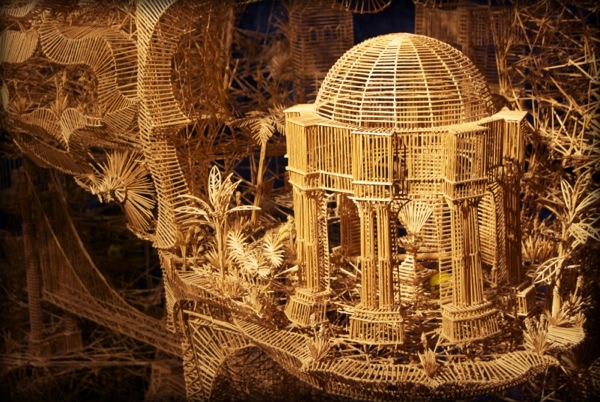 As Scott Weaver describes in the above video, his toothpick sculpture—which he personally spent thirty-five years working on—might not be the world’s largest; but the others don’t exactly allow a ball to be rolled through them. Including an international array of 100,000 toothpicks, Scott Weaver will be putting it on display in San Francisco in April 2013. 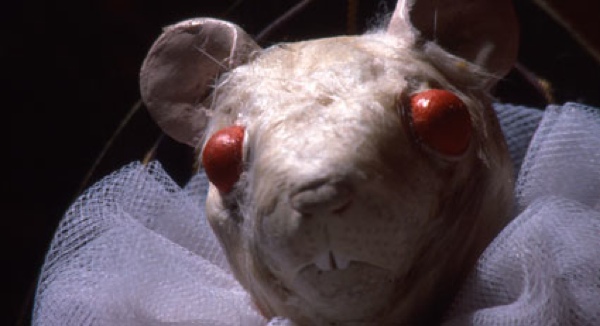 Stop-motion, an extremely dated and time consuming but still somewhat popular technique, was director Christine Cegavske’s method of choice for thirteen years when she made this 2005 film.  It’s a dialogue-free story about a collection of small crow-rat hybrids whose doll is stolen by villainous white mice.

It’s every bit as odd—and quietly creepy—as that implies. Nevertheless, it received very favorable reviews from such publications as the New York Times and Variety. One anecdote from behind the scenes that simply must be told is that Cegavske once walked into her studio only to find all of her dolls gone; eventually she learned that her mother had thrown them all away. Mothers never do quite understand.

2
Throne of the Third Heaven 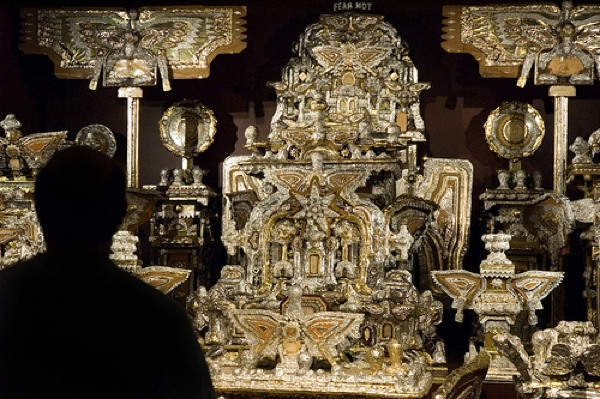 This array (built by James Hampton) was—like the churches in Ethiopia—inspired by dreaming. Hampton was a janitor, who made this secret tribute to God during his off-hours over the course of fourteen years. The enormous art collection discovered after Hampton’s death was subsequently judged to be worthy of a Smithsonian Display. 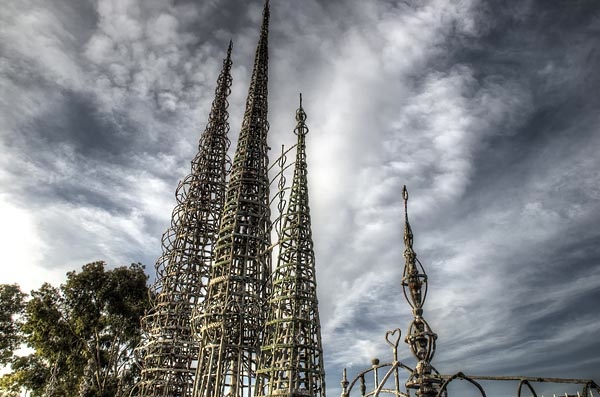 The subject of a 2011 documentary, Simon Rodia’s seventeen towers—which took thirty-three years to build—might merely seem to be dangerous pieces of junk. In fact, Rodia did build them partly from junk, like Nek Chand did his rock garden.

The towers were for a time marked by the city of Los Angeles for demolition; they were considered unsafe, especially since the tallest of them reaches one hundred feet (30m). But stress tests were performed, and these revealed that the towers were more than strong enough to be allowed to remain standing—and so they were. In 2011, the New York Times reported that there had been trouble raising the support needed to maintain the towers, tourism and public support being limited both by their eccentric nature and by the fact that they’re in the L.A. equivalent of an obscure area.

Dustin Koski, by contrast, needed help from Caroline Evans to finish the book Six Dances to End the World.