It goes without saying that our society is moving faster than it ever has in the past. As medical technology surges forward with unprecedented speed and accuracy, many of us are left in the ensuing dust storm of obsolete procedures that were commonplace mere decades ago. But if we look up and gaze into the near future, we can see the beginnings of a whole new world of medical treatments that the doctors of yesterday couldn’t even begin to imagine. Here are 10 medical technologies that could very well shape the future. 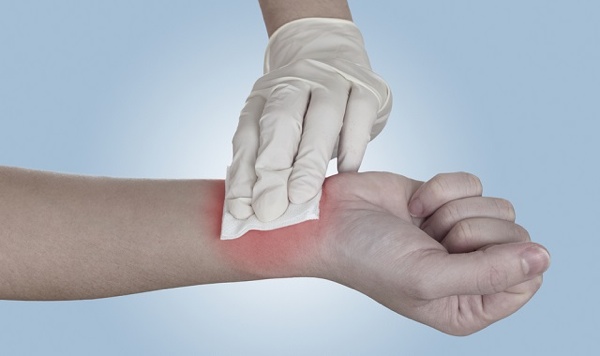 Usually, a medical advance comes from years of high budget research. Sometimes it’s sheer accident. And sometimes, a small team of pioneers will step forward with a truly innovative discovery. That’s the case with Joe Landolina and Isaac Miller and their Veti-Gel, a cream-like substance that will instantly seal a wound and start the clotting process.

The anti-bleeding gel creates a synthetic framework that mimics the extracellular matrix, an awesomely named natural substance that helps cells in the body grow together. Here’s a video of the gel in action (warning, it’s fairly bloody). In the video, pigs blood is piped into a cut of pork. When the pork is sliced, it begins bleeding immediately, but then stops the instant Veti-Gel is applied.

In other tests, Landolino used the gel to stop the bleeding on the carotid artery of a rat, as well as a live liver that had been sliced. If this product becomes commercial, it could save millions of lives, especially in combat zones. 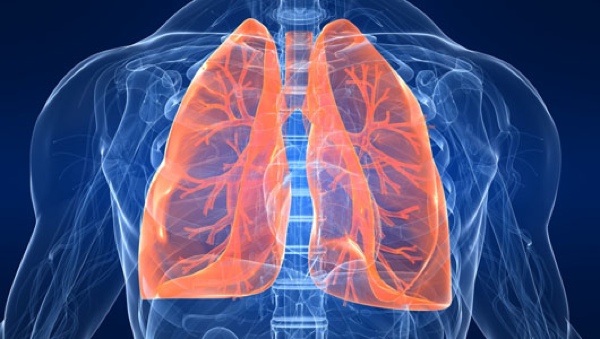 Artificial lung tissue grown with magnetic levitation: it sounds like something out of science fiction, and it was, until now. In 2010, Glauco Souza and his team began looking into a way to create realistic human tissue using nanomagnets that allowed lab-grown tissue to levitate above a nutrient solution.

The result was the most realistic synthetically grown organ tissue ever grown. Typically, lab-grown tissue is created in a petri dish, but elevating the tissue allows it to grow in a 3D shape that allows for more complex cell layers. That 3D growth pattern is a more perfect simulation of the way cells grow in the human body, which means that this is a huge step forward in creating artificial organs that can be transplanted into humans. 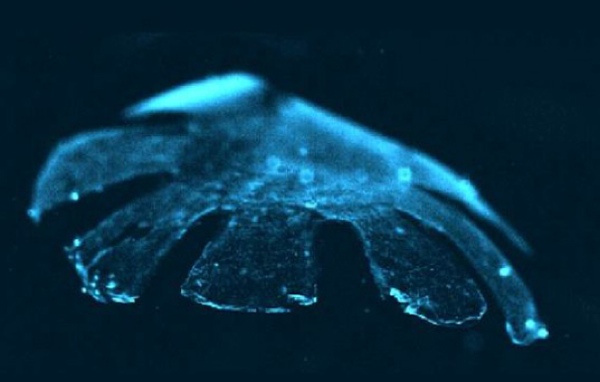 It’s obvious that the direction of medical technology is leaning more towards reproducing human tissue outside the body, allowing us to create “spare parts,” so to speak. If one organ isn’t working, we can just replace it with a new one, fresh off the assembly line. Now that idea is moving down to the cellular level with a gel that mimics the action of specific cells.

The material is formed in bunches that are only 7.5 billionths of a meter wide—for comparison, that’s about four times wider than a DNA double helix. Cells have their own type of skeleton, known as a cytoskeleton, which is made of proteins. The synthetic gel will take the place of that cytoskeleton in a cell, and when it’s applied to, say, a wound, it replaces any cells that were lost or damaged. In a practical sense, it would work like a tiny, tiny sewer grate. Fluids can pass through the cell, which allow the wound to continue healing, but the artificial skeleton prevents bacteria from passing through with the fluid. 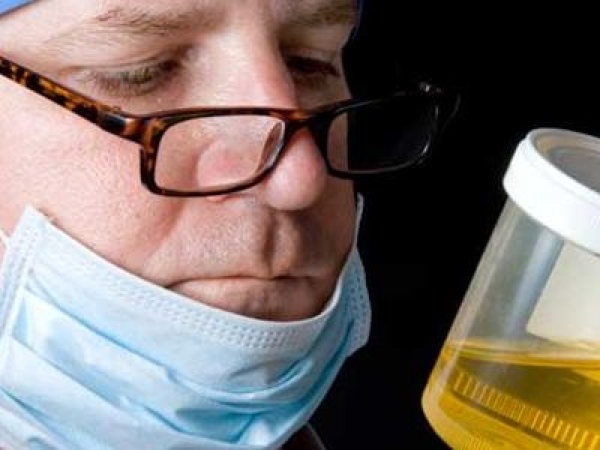 In a sentence we won’t get to use often, researchers have turned pee into human brain cells. At the Guangzhou Institute of Biomedicine and Health in China, biologists have taken waste cells from urine and modified them with the use of retroviruses to create progenitor cells, which the body uses as the building blocks for brain cells. The most valuable benefit to this method is that the new neurons created haven’t caused tumors in any of the mice used for testing.

See, embryonic stem cells have been used for this in the past, but one of their side effects was that they were more likely to develop tumors after transplant. But after only a few weeks, the pee-based cells had already begun to shape into neurons with absolutely no unwanted mutations.

The obvious medical benefit of getting cells from urine is that, well, it’s freely available, and scientists could work on developing neurons that are sourced from the same person, increasing the chance that they’ll be accepted by the body. 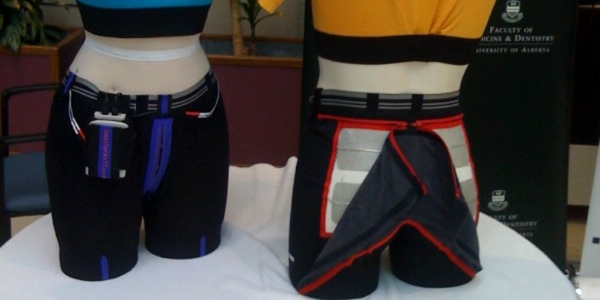 We know, we know, but hear us out—electric underwear really can save thousands of lives. See, when a patient is lying in a hospital bed for days, weeks, or months, they can develop bed sores—open wounds formed by a lack of circulation and compressed skin. And believe it or not, bed sores can be deadly. Roughly 60,000 people die from bed sores and resulting infections every year, draining $12 billion from the U.S. medical industry.

Developed by Canadian researcher Sean Dukelow, the electric underpants—dubbed Smart-E-Pants—deliver a small electrical charge every ten minutes. The effect is the same as if the patient was moving on their own—it activates muscles and increases circulation in that area, and effectively eliminates bed sores, thereby saving lives. 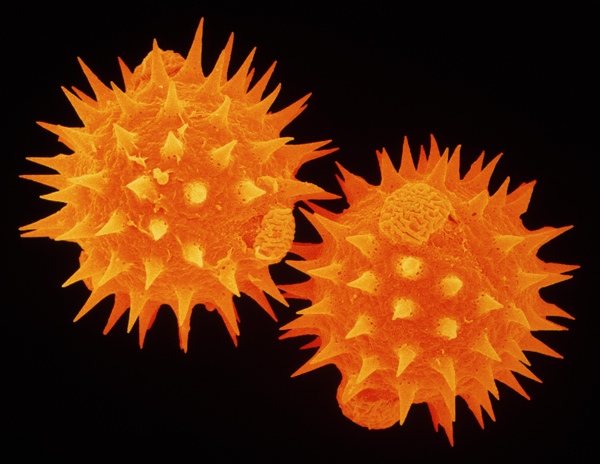 Flower pollen is one of the most common allergens in the world, and it’s so effective at what it does because of the way pollen is built. The outer shell of pollen is incredibly tough, tough enough to be resistant to the disintegrating power of the human digestive system. And that’s more than most vaccines can say—the majority of vaccines are injected because they can’t withstand stomach acids when they’re taken orally. The vaccine breaks down, and becomes useless.

But put the two together, and you have a match made in heaven’s medical sciences lab. Researchers at Texas Tech University are looking into ways to use pollen as means to provide life-saving vaccines to soldiers stationed overseas. The lead researcher on the project, Harvinder Gill, has a goal of cracking into pollen to remove the allergens, then injecting a vaccine into the empty space left behind. Research like this could vastly change the way vaccines and medications can be given to humans. 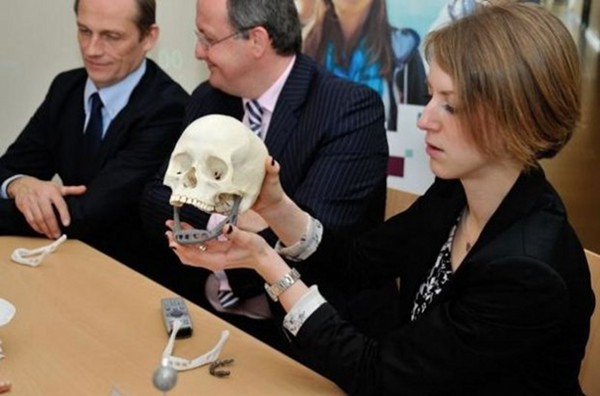 Remember the days when you would break your arm and then have to wear a cast for weeks while the bone naturally healed itself? It looks like those days are behind us. Using 3D printers, researchers at Washington State University have developed a hybrid material that has the same properties—the same strength and flexibility—as real bone.

This “model” can then be placed in the body at the site of the fracture while the real bone grows up and around it like a scaffolding. Once the process is complete, the model disintegrates. The printer they’re using is a ProMetal 3D printer—consumer technology available to anyone with enough cash. It was the material for the bone structure that was the real problem, but they’ve created a formula that uses a combination of zinc, silicon, and calcium phosphate that works well—so well, in fact, that the entire process has already been successfully tested in rabbits. When the bone material was combined with stem cells, the natural bone grew back much faster than normal.

The real benefit of this technology is that, feasibly, any tissue—even full organs—could be grown with 3D printers once we have the right combination of starting materials. 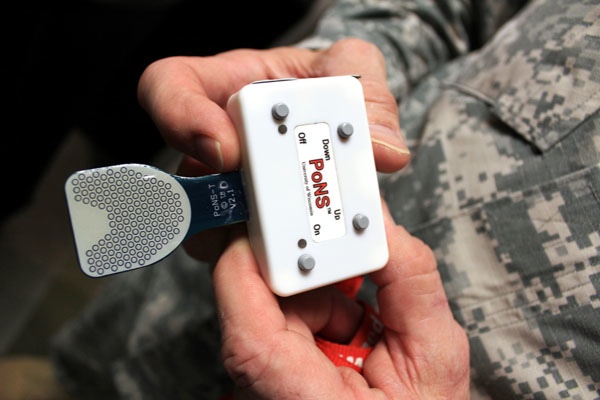 The brain is a delicate organ, and even slight trauma can have lasting effects if it’s bumped in the wrong places. For people with traumatic brain injury, extensive rehabilitation is pretty much the only hope of leading a normal life again. Alternatively, they could just get a zap on the tongue.

Your tongue is connected to the nervous system through thousands of nerve clusters, some of which lead directly into the brain. Based on that fact, the Portable NeuroModulation Stimulator, or PoNS, stimulates specific nerve regions on the tongue to hopefully focus the brain on repairing the nerves that were damaged. And so far, it works. Patients being treated with that type of neuromodulation showed vast improvement after only a week. Fair warning, you might get brain damage just trying to read that link.

Apart from blunt trauma, the PoNS could feasibly be used to repair the brain from anything, including alcoholism, Parkinson’s, strokes, and multiple sclerosis. 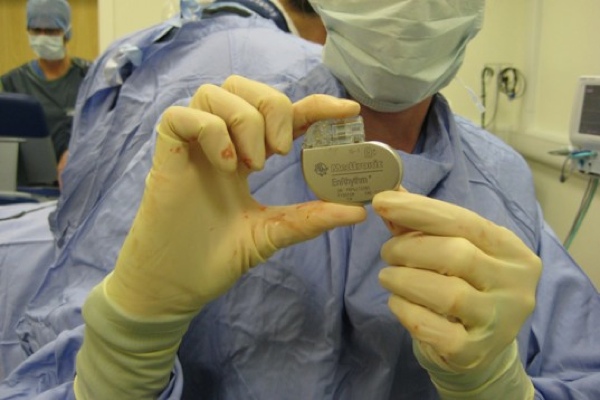 Sometimes a new innovation doesn’t necessarily take the shape you expect. Most of us think of groundbreaking new procedures or cures for cancer, but this example shows that thinking outside the box can make a world of difference.

Pacemakers are used in approximately 700,000 people right now to regulate their hearts’ rhythms. But after seven years or so, the device runs out of juice, prompting a replacement with an expensive surgical procedure. Well, scientists at the University of Michigan may have solved that problem by developing a way to harness electricity from the motion of a beating heart—electricity which can then power a pacemaker.

Piggybacking off lab tests that produced overwhelmingly positive results, Dr. Amin Karami is ready to try his device—made from materials that create electricity when they change shape—on a live human heart. If the test works, it could revolutionize not just the pacemaker industry, but medical science as a whole by using human-generated electricity to power a range of medical devices. For example, this device harvests electricity from the vibrations of the inner ear and uses it to power a small radio. 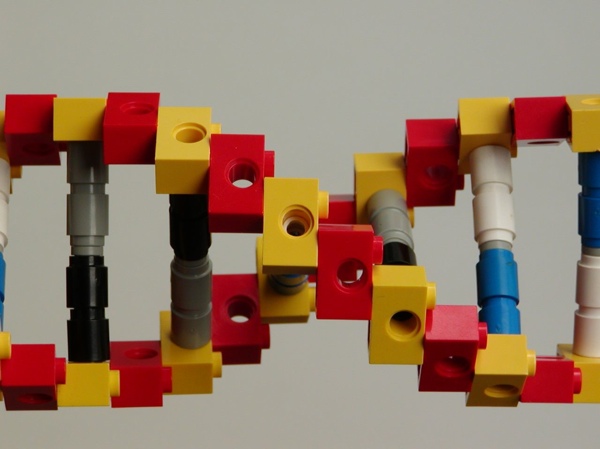 DNA works like the instructions for life, telling cells what they’re supposed to do. Change the structure, and the message changes. DNA is often referred to as the building blocks of life, but engineers at Harvard are now making that phrase a little more literal. They are using DNA as building blocks—nano-size Legos—to build structures.

The Lego image was one that was encouraged by Peng Yin, the head researcher on the project, because it helped the engineers visualize what they were creating. And the comparison didn’t stop there—DNA is basically coded with four different letters—A, T, G, and C. When DNA combines, G connects to C, and A connects to T. Always. So they created a DNA strand that contained two of each letter like the pegs of a Lego brick. Snap them together, and you can build anything.

The concept is taking the biology world by storm, and the possibilities are endless. The Harvard team created a genetic copy of a 284 page book by translating it into binary, then associating the 1’s and 0’s of binary with the A,T,G,C structure of DNA. The resulting strand of DNA can be decoded by anyone to get the full text of the book.

These researchers at Oxford built a DNA robot that follows instructions, opening a whole other world of medical-related potential.

10 Diseases That Used To Be Called Something Else