Science has shown us how little and insignificant we are. But it’s a fair trade-off for revealing an entire universe of natural art and exposing the secrets behind the shaping of vibrant galaxies, brilliant stars, and violent quasars.

Including the most massive galaxies that seem to kill themselves only to reignite, black holes that unexpectedly mother stars, and electrical processes that could feed extraterrestrials, these obscure but fascinating forces are shaping the universe.

10 Huge Galaxies Are Blowing Off Steam Some of the earliest galaxies were absolute monsters, producing stars at unsustainable rates. But they avoided “burning themselves out” by jettisoning their own gas.

Researchers analyzed this galactic “wind” in SPT2319-55, a galaxy 12 billion light-years away, which appears as it did when the universe was a billion years old.

The wind, powered by explosive star birth or black hole outbursts that occur when too much material is sucked, is flinging blobs of gas at 800 kilometers per second (500 mps).

About 10 percent of the gas will escape into space forever. The remainder will eventually rain back down on the galaxy, triggering future star births.[1]

9 Dark Matter Could Be Cooling The Universe 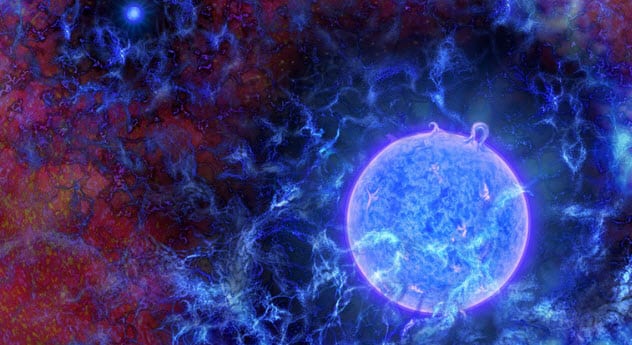 The universe is full of stuff, like matter, and unstuff, like dark matter. Recently, while searching for the earliest stars, astronomers caught a whiff of dark matter and the first direct evidence of its makeup.

Other than the cosmic microwave background (CMB), this is our deepest view into the cosmic past. It shows a fresh, 180,000-year-old universe. There and then, scientists detected a signal coming from the very first stars and also a strange chill that suggests the early cosmos is colder than expected, as if dark matter cooled everything down.[2]

This could mean that dark matter is actually interactive, possibly because it’s composed of low-mass particles rather than previously indicated beefcake-like massive particles.

8 The Milky Way Is Growing Fat 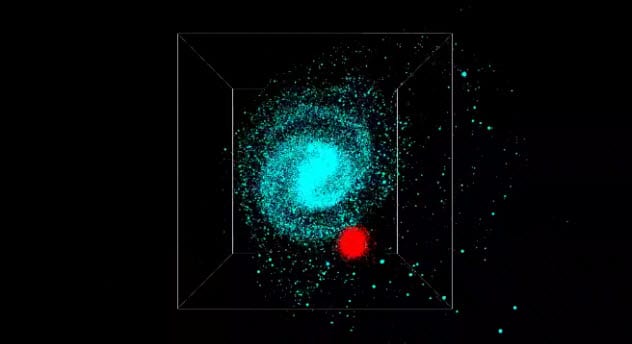 Scientists peering into the Milky Way’s bowels read the distant galactic past and found that it devoured a galaxy called Gaia-Enceladus 10 billion years ago.

Gaia-Enceladus was about a quarter of the Milky Way’s size. And all that remains of its 600 million solar masses is a population of 30,000 or so anomalous stars in the Milky Way’s halo.

They’re within 33,000 light-years of the Sun and gave themselves away by orbiting the galactic core in the opposite direction. They’re also made of the “wrong” stuff, with the metal-poor chemical compositions of much older stars.[3] Black holes preemptively kill future stars by heating up and dispelling the gargantuan gas clouds that gravity smooshes into stars. But in the Phoenix Cluster 5.7 billion light-years away, about 1,000 stars per year are forming in the vicinity of the central black hole.

The active black hole is expelling two vast jets of 10-million-degree ejecta, each stretching 82,000 light-years. But radio bubbles, or cavities, within the hot plasma let cold molecular gas blob together and form stars. 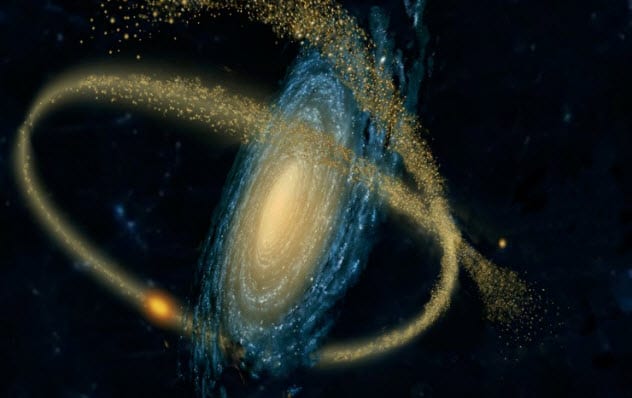 Dark matter flows through the universe in streams. Thirty such phenomena have been detected in the Milky Way, including one that has engulfed our solar system.

The S1 stream, a remnant of a gravitationally ravaged smaller galaxy, holds 10 billion solar masses worth of dark matter and 30,000 stars, all flowing past us at 500 kilometers per second (310 mps).[5]

But it won’t harm Earth. And it provides scientists with a sweet chance to study dark matter’s properties over the next few million years.

5 Cosmic ‘Fogging’ Is Revealing The Past 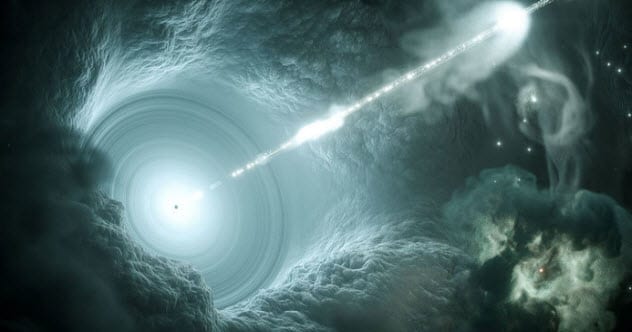 It sounds impossible, but a look at “all the starlight in the universe” and more than 700 blazars has revealed the universe’s stellar golden age. When gamma-ray photons blaze through space, they sometimes collide with low-energy photons, annihilating each other into subatomic particles.

By analyzing blocked gamma-ray emissions and the resulting “photon fog,” scientists can infer star populations at different points in space-time. And they’ve pinpointed the universe’s peak star-forming period. It fell between 9.7 billion and 10.7 billion years ago when star birth rates were 10 times higher than today.[6] Mars has plenty of perchlorates, which are used in rocket fuel and fertilizer. More excitingly, they’re a potential food source for Martian microbes.

Recent simulations show that the perchlorates are formed by electric interactions as a result of unique Martian dust storms. However, as Mars’s air pressure is only 1 percent that of Earth’s, good old arc lightning is less likely.

Instead, the Red Planet’s insane, potentially planetwide dust storms produce near-surface electric fields which discharge with an eerie glow. The resultant perchlorates could feed tiny organisms. Conversely, they may hamper the search for life by reacting with microbe-made chemicals and masking the signs of life.[7] Black holes sometimes rip stars apart, a process less scarily known as a tidal disruption event (TDE). Typically, astronomers see one of these per galaxy every 10,000 to 100,000 years.

But a study of merging galaxies suggests that they’re much more common, at least in similar scenarios. Out of 15 mergers, scientists already found a TDE in galaxy F01004-2237, which is 1.7 billion light-years away.[8]

The galactic nucleus can shine as bright as a billion stars during these stellar apocalypses. It’s here that the star-killing is likelier to go down because the chaos of galactic mergers leads to a frenzy of star birth near the galactic center where black holes reside.

Any Milky Way dwellers lucky enough to exist in five billion years will enjoy a TDE flare-up every 10 or 100 years as our galaxy collides with Andromeda. A surprisingly small percentage of black holes are active. To find out why, astronomers looked at rare jellyfish galaxies which feature tentacles of streaming gas that stretch tens of thousands of light-years.

There are only about 400 jellyfish candidates, and six of the seven in a recent study contain active black holes.[9] Their shape, which is created by “ram-pressure stripping,” partially explains the phenomenon. The jellyfish tentacles are formed as galaxies pass through galaxy clusters, whose gravity pulls the galaxies into their weird shape.

This ram-pressure action also funnels some of the material toward the center of the galaxy, feeding the monstrously massive black hole therein.

1 Supernovae Are Booting Their Partners Into Space Researchers have just described the first “runaway yellow supergiant,” a supergiant yellow star that has been ejected by its exploding companion. The 30-million-year-old is a rare find. Stars only spend 10,000–100,000 years as yellow supergiants before dying and cooling off or regaining life by absorbing gas.

In a few million years, it will redden and puff up even more (growing large enough to plug the gap between the Sun and Jupiter) before dying in a supernova explosion.

Ivan writes stuff for the Internet. You can contact him at [email protected].

Read more cool facts about the cosmos on 10 Fleeting Cosmic Events We’ve Been Lucky Enough To Witness and Top 10 Rare Finds That Raised The Cool Factor In Science.