Anyone who has been wrongfully accused of doing something they know they did not do will understand the immense frustration that comes with it. Fortunately for most people, that boils down to someone saying they took the last donut or let slip a bit of gas. Unfortunately for others, it involves horrible crimes that lead to hard time in prison. Here are ten cases of people being accused and convicted of terrible things they never actually did. 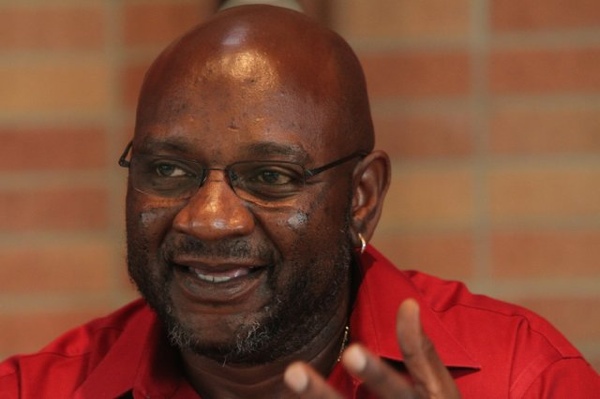 Race relations are always a touchy subject—and they were at the heart of the 1984 case of Darryl Hunt, an African-American man from Winston-Salem, North Carolina. At the age of nineteen, Hunt was convicted of the rape and murder of a white woman named Deborah Sykes—despite the fact that there was no physical evidence tying him to the crimes. Even with zero evidence pointing to Hunt, he was sentenced by an all-white jury to life in prison.

In 1994, Hunt was actually cleared of the rape when DNA testing proved he had never committed that crime. Despite the rape being central to the overall crime, he spent an additional nine years in prison until a man named Willard Brown confessed to both acts. So after nineteen years of life in prison, Hunt was finally exonerated in 2004. Since being released from prison, he has worked with The Innocence Project and founded the Darryl Hunt Project for Freedom and Justice, as well as the Darryl Hunt Freedom Fighters, in order to help other wrongfully convicted men and women. 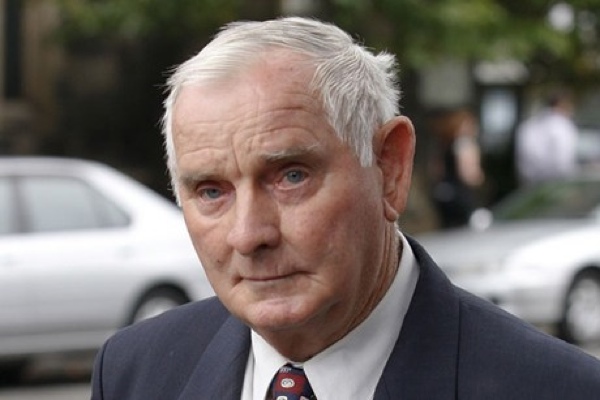 It would be nice to think that police planting evidence and framing suspects only existed in movies and on television, wouldn’t it? Unfortunately for Arthur Allan Thomas, those two things are all too real—and in 1971, they helped lead to his conviction for two murders he did not commit. A man and woman named Jeanette and Harvey Crewe had been murdered in their home in Waikato, New Zealand. It would later be discovered that the police had planted a cartridge from Thomas’s rifle in the couple’s garden.

Thomas was actually convicted twice for the same crime, having lost an appeal along the way. There was finally a royal commission which uncovered the suspicious actions of the police throughout the investigation, which Thomas says includes using things he told them against him. Thomas has been out of prison for more than thirty years, but his family is still seeking justice in the form of charges against the police responsible. Of course at this point that’s not really possible, as the two men who fabricated the evidence are both dead. 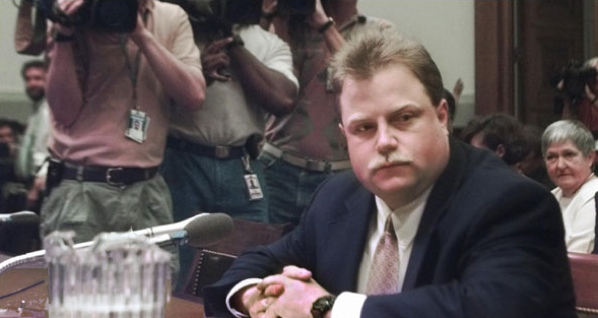 Unlike the rest of the people on this list, Richard Jewell was never actually convicted of any crime—but he is here because in 1996 he became one of the most infamous men on the planet. That’s because when a bomb exploded at the Olympic Games in Atlanta, it was Jewell whom the FBI said was the chief suspect in this act of terror.

At the time, Jewell was a thirty-four-year-old security guard. He’d spotted a suspicious package in the Olympic Village and reported it to the authorities. Shortly afterwards, it exploded—killing one person and injuring more than one hundred others.

Basically, because Jewell had done his job, he became the prime suspect in the bombing—and he was quickly villainized. He was cleared of any charges in October of that same year—but that was well after he had been found guilty in the court of public opinion. Like many cases of the wrongfully accused and convicted, the Jewell case exhibited several aspects of botched police work, such as the FBI questioning him under the pretense of “creating a training video”—which, if you couldn’t already guess, is all kinds of wrong. 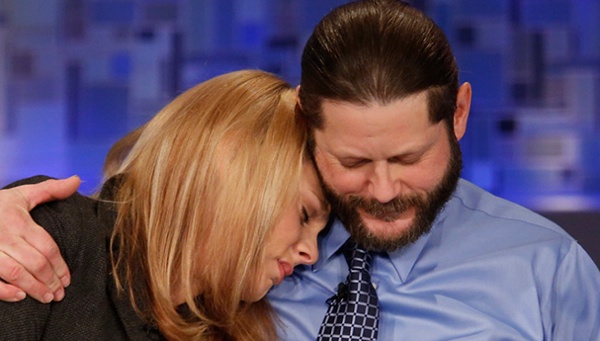 Children can be handfuls—just ask any parent. They can be especially rambunctious and hard to deal with for a single parent, but even Thomas Kennedy probably never suspected just how horribly his own children could behave until he wound up being sentenced to fifteen years in prison for a despicable crime—which, as it turned out, he had never committed. The crime was rape, and the accuser was his then-eleven-year-old daughter, Casandra.

After nine years had passed, Casandra came forward and finally admitted to lying about the rape, and Thomas was exonerated. You might be wondering what on earth could possess a daughter to make up such an awful story about her father. Well, in her own words, she “was upset because [she] felt he wasn’t around enough.” We hate to break it to her, but if he wasn’t around enough before, getting him shipped off to prison for fifteen years wasn’t exactly going to help. When you are convicted of murder at the age of seventeen and sentenced to life in prison, it must be pretty tough to handle. That’s especially true when you are innocent—and even more so when it is later determined that racism had played a huge factor throughout the entire process. That’s what happened in 1971 to Donald Marshall, Jr., a Mi’kmaq man from Canada, when he was accused of murdering his friend, Sandy Seale.

Marshall was released from prison eleven years later after another witness came forward saying that someone else had stabbed Seale. Now Marshall was not exactly a model citizen; as it turns out, he and Seale had gone out and confronted a man, who wound up stabbing Seale. But being an idiot kid is no reason to spend more than a decade in prison. Even when he was acquitted, the judge basically still blamed this miscarriage of justice on Marshall himself, stating he was “the author of his own misfortune.” The prosecution had also failed to disclose evidence and had supposedly coerced witness testimony—which the judge, presumably, also blamed on Marshall. 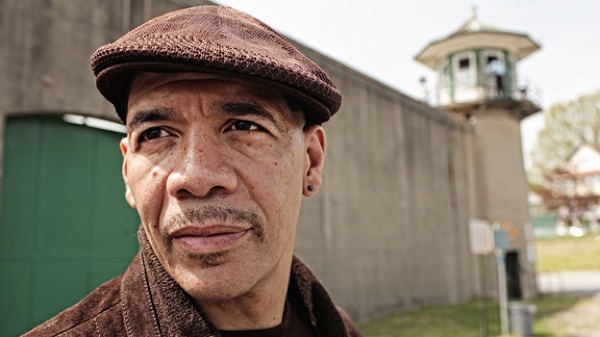 In 1977, Dewey Bozella was an eighteen-year-old kid from a rough neighborhood who inexplicably found himself the prime suspect in the murder of a ninety-two year old woman. Despite the fact that there was not a shred of evidence tying him to the murder, and that the two key witnesses were known criminals who had changed their stories, Bozella was sentenced to a minimum of twenty years in Sing Sing, one of the most notorious prisons in America.

Bozella was retried in 1990 and offered the chance to go free—if only he would admit to his guilt and remorse. While some may have jumped at the chance for freedom, Bozella refused to admit to something he did not do, and was re-convicted. The Innocence Project caught wind of his case and tracked down some evidence which eventually resulted in Bozella being set free in 2009. In June 1982, forty-nine gold bars were stolen from the Perth Mint in Western Australia, at an estimated worth of more than two million dollars in today’s money. Police quickly suspected three brothers—Ray, Peter, and Brian Mickelberg—of the crime, and they were quickly found guilty and sentenced to a long period in prison. As you can probably guess, they didn’t do it.

The Perth Mint Swindle, at it is commonly known, remains unsolved to this day—but the Mickelbergs weren’t cleared of all charges until 2004. The brothers have repeatedly stated that police framed them from the start. Brian was released after less than two years but died in a plane crash soon afterwards, while Ray and Peter served eight and six years in jail, respectively. In 2002, a police officer who had working on the case admitted to having fabricated evidence, and also beating Brian while he was in custody. 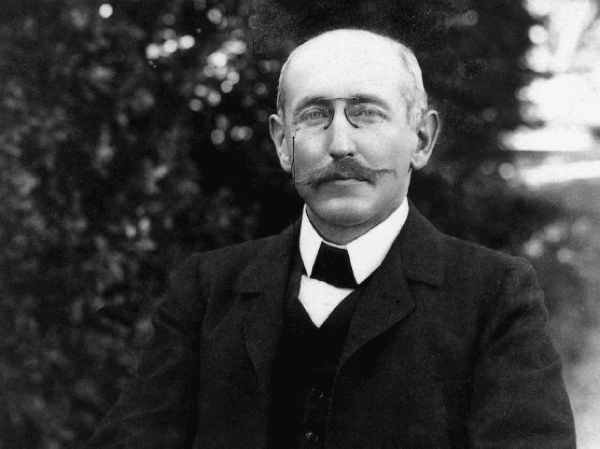 For this one, we are going to hop into the time machine and go way back to 1894 to one of the most famous miscarriages of justice in history. Chances are, you have at least heard of the Dreyfus Affair in passing—but there’s also probably an equal chance that you thought it was about the escapades of that guy who played Hooper in Jaws.

Instead, the Affair has to do with Alfred Dreyfus, a French soldier convicted of treason, who as punishment was sent to the infamous Devil’s Island penal colony.

The case is one steeped in anti-Semitism. Dreyfus, a captain, had been accused of giving information to the Germans—but two years later it was discovered that another French soldier named Ferdinand Walsin Esterhazy had in fact been the real traitor. But with Dreyfus—an Alsatian Jew—already in prison, some of the higher-ups in the military managed to keep the new evidence quiet until 1899, when he was brought back to France for a new trial. Still, it was not until 1906 that he was finally exonerated, and by then much of France had been divided by the scandal surrounding the entire affair. 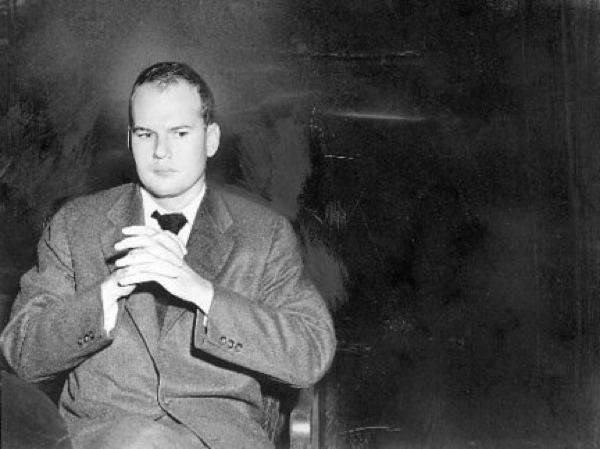 Stop us if you’ve heard this before: a successful doctor is accused of and convicted for the murder of his wife—despite the doctor repeatedly proclaiming his innocence and telling police about a struggle with a man in his house on the night of the murder. He is later cleared of the murder. If you’re thinking it sounds familiar, that’s because it’s the plot of the TV show and movie The Fugitive. It’s also exactly what happened to Dr. Sam Sheppard, the man who served as the inspiration for the fictional character of Richard Kimble.

Sheppard was convicted in 1954, despite evidence backing up his story that he didn’t actually do it. According to reports, the investigating police completely overlooked some pretty obvious signs of sexual assault, primarily because they believed Sheppard was the killer—and signs of rape did not really fit with that theory.

Blood was also found in the home which did not match that of Sheppard, his wife, or their kids. Sheppard was eventually exonerated in 1966, but the case had taken an enormous toll on him and he died four years later of liver disease, almost completely ruined both financially and emotionally. 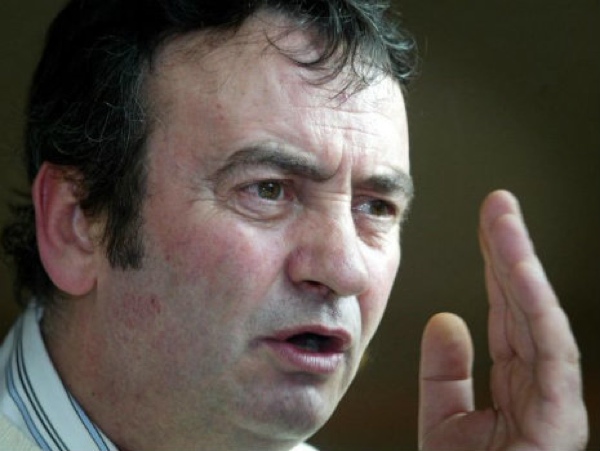 Gerry Conlon is one of the most famous wrongfully-convicted men in the world, having been part of the Guilford Four and Maguire Seven who were falsely imprisoned for an Irish Republican Army bombing in England in 1974.

At the time, Conlon was twenty years old. He was arrested in connection with the bombing of a pub in the town of Guilford, which had killed five people—arrested in spite of the fact that he had never even been to that town. He and three other people, who would collectively become known as the Guilford Four, endured days of torture at the hands of the police before finally confessing to crimes they knew they had not commited.

Along with Conlon, his father Giuseppe and six others, who became known as the Maguire Seven, were arrested and imprisoned when shoddy evidence pointed to them seemingly having handled the explosives. Ultimately, the Guilford Four and Maguire Seven were exonerated once new evidence came to light that the police had fabricated evidence and coerced the confessions. The story of Gerry Conlon was later turned into the movie In the Name of the Father.