Vampires are not real. The idea that the dead can come back to life and sustain themselves on blood is, from a scientific point of view, laughable. However, there are some humans out there who have vampiric qualities, whether their personalities drain others or they prefer the darkness of night to the light of day.

A much more sinister type of human vampire struck Sweden in the spring of 1932. Known since that time as the “Atlas Vampire,” this blood-drinker was never caught. This case remains one of the strangest, most bizarre cold cases in the history of Northern Europe, and these ten facts may convince you to sleep with the lights on. 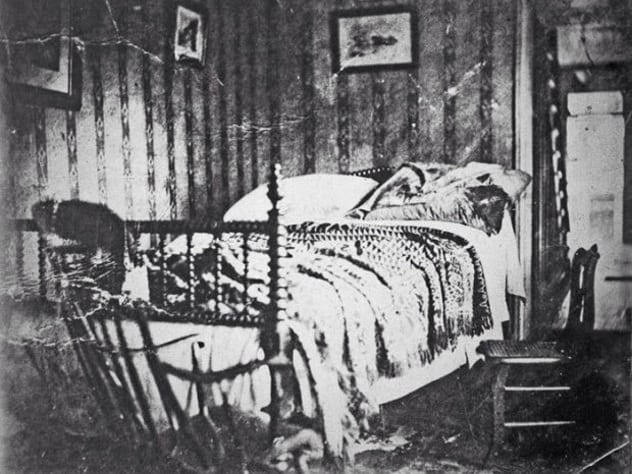 The case of the Atlas Vampire became a national sensation on May 4, 1932. On that date, Stockholm police discovered the corpse of 32-year-old prostitute Lilly Lindestrom. Lindestrom was something of a novelty in 1932 Stockholm. Rather than walk the streets at night looking for “johns,” Lilly was “call girl” whose clients contacted her in order to arrange assignations at her apartment. At the time, Lilly lived in the Atlas neighborhood of Stockholm, part of what is today known as Vasastan.

When police detectives entered Lilly’s apartment, they found her dead, the victim of blunt force trauma to the head. More disturbing still was the fact that the investigators also found saliva on Lilly’s neck and body, plus the scene contained a bloodstained gravy ladle.[1]

9 The Origin Of The Nickname 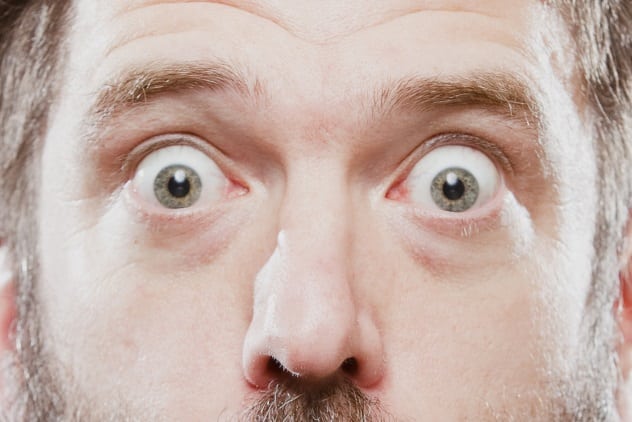 The killer became known as the Atlas Vampire for one reason—the detectives who first responded to the scene suspected that he drank Lilly’s blood after he killed her.[2] Despite the brutality of the crime scene, very little blood was actually discovered, thus convincing many that the killer had either drunk it all up or somehow stored it in some kind of container.

As for the ladle, it was probably used to drink Lilly’s blood. Given this grim information, the Swedish press in Stockholm ran with the vampire angle, thus creating the “Atlas Vampire” as a result.

8 The Facts Of The Case 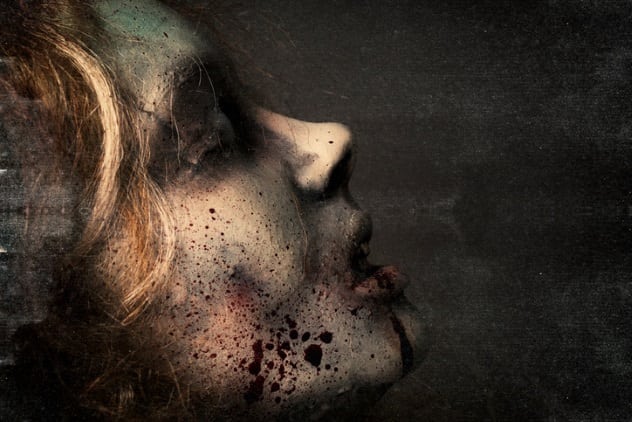 The last person to see Lilly alive was her downstairs neighbor, 35-year-old prostitute Minnie Jansson.[3] Jansson told police that Lilly had stopped by her apartment days before her murder in order to get some condoms. Minnie said that it was common for a nude Lilly to come to her door and ask for condoms. After not seeing Lilly the next morning, Minnie grew worried until she ultimately called Stockholm’s finest.

Besides being drained of blood, Lilly’s corpse had been left facedown on her own bed. Lilly was also naked, and her clothes were folded and located on a chair next to her corpse.

Detectives noted that, judging by the decomposition, Lilly had actually been dead for a few days prior to being discovered. Also, it was theorized that Lilly’s killer had slept with her before murdering her. This conclusion was reached because police found a used condom hanging from Lilly’s anus. 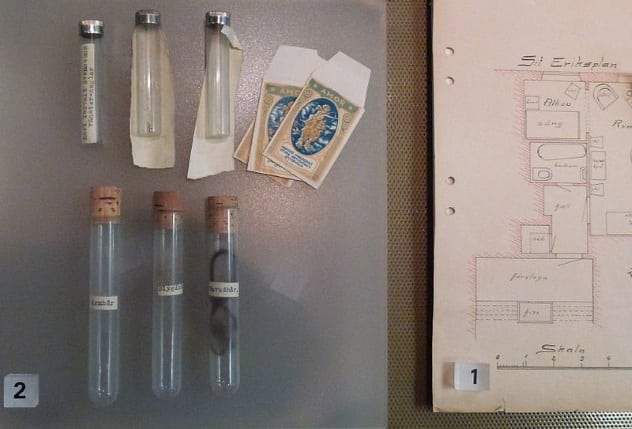 Prostitutes have long been the targets of sexual predators and serial killers. The most famous serial killer of all time, London’s Jack the Ripper, preyed on the streetwalkers of Whitechapel. Therefore, Stockholm police immediately focused their attention on the men who frequented Lilly’s bedroom in Atlas.

All told, nine men were interviewed by police detectives. The names of these suspects were never released, and police let all of them go. None proved to be a viable suspect. For all intents and purposes, this is where the case of the Atlas Vampire ended—no serious leads, no suspects, no conclusion. All of the evidence gathered by the Stockholm detectives can currently be found at the Swedish Police Museum. The items include a hair sample, saliva samples, and some old condoms.[4]

6 The Problem Of Too Many Suspects 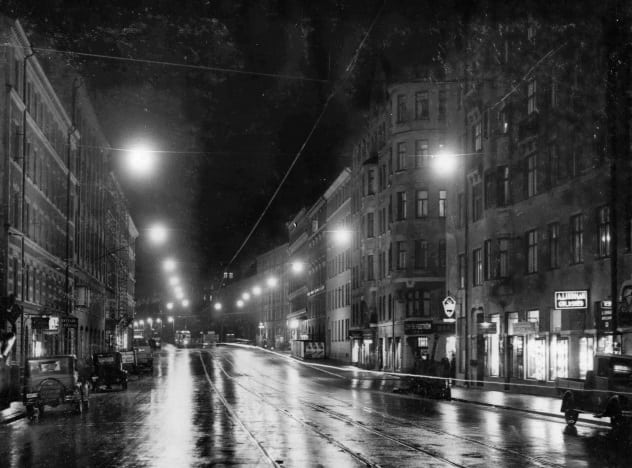 One of the issues faced by Stockholm detectives in 1932 was the fact that there were so many Lillys out there, especially in Atlas. Lilly’s apartment abutted a neighborhood known as Sankt Eriksplan (ironically named after the pious King Erik IX), which was infamous for its abundance of prostitutes.[5] Assaults and murders in or near Sankt Eriksplan were common, especially in 1932.

While often overlooked because it did not fight in World War I or seriously take part in any of the postwar international agreements, Sweden, like pretty much every country in Europe, suffered during the Great Depression. By 1931, Swedish wages had been falling for quite some time, and unemployment was rising. After 1929, production in Sweden fell by ten percent, while unemployment rose beyond 12 percent.

Outside of Stockholm, Gothenburg, and some other cities, Sweden was mostly an agricultural society. Because of high unemployment and low crop yields, many Swedes from the countryside relocated to Stockholm, thus giving the city a whole subpopulation of poor transplants and travelers. Lilly’s killer may very well have been one of these drifters.

5 A Portrait Of The Killer 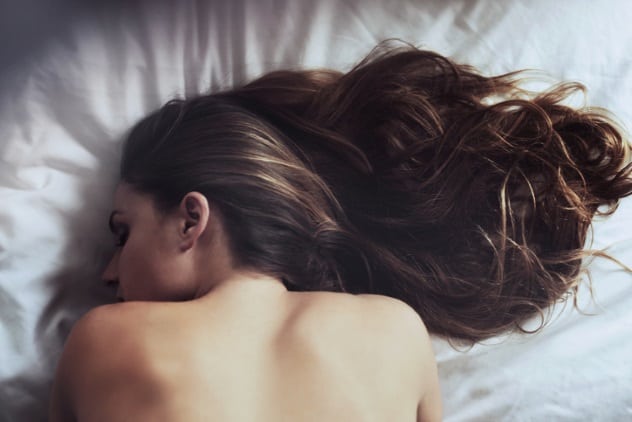 Another indication of the killer’s personality was how clean he left Lilly’s apartment after killing her. Despite bashing Lilly’s head in multiple times, the killer left behind very little blood evidence and most likely folded Lilly’s clothes. Could the Atlas Vampire have been a “neat freak?” 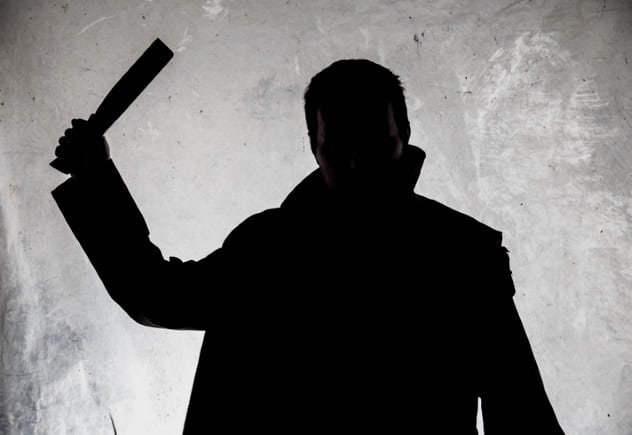 One of the most popular theories regarding the Atlas Vampire case is the idea that a police officer killed Lilly. The rationale behind this supposition stems from the fact that the killer clearly went out of his way to leave behind as few clues as possible. Much like the dog in the Sherlock Holmes short story “The Adventure of Silver Blaze,”[7] the lack of evidence was, in itself, evidence. Or, there is also the possibility that the killer cop tried to throw his peers off on a wild goose chase by purposely leaving behind a bizarre crime scene.

However, by modern standards, Lilly’s bedroom was actually awash in evidence. The murderer’s saliva was found on her body, his semen was in the condom, and his fingerprints were on the soup ladle. Of course, back in 1932, there was no such thing as DNA testing. Stockholm detectives back then did not even know what DNA was. During that time, most murders were solved thanks to confessions. 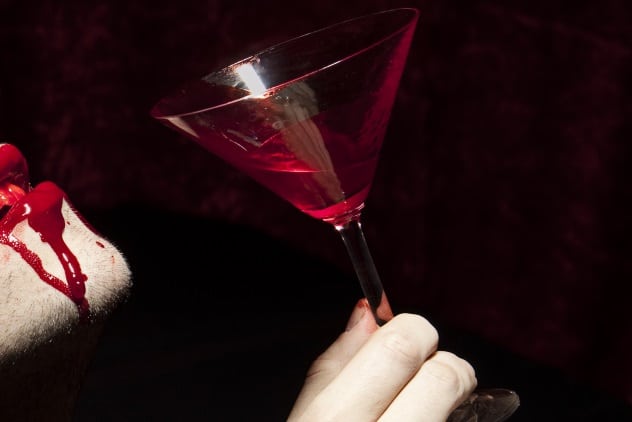 The most extreme answer to the riddle of the Atlas Vampire case is the idea that Lilly’s killer was a real-life vampire. This would mean that the case of the Atlas Vampire was the historically accurate version of the 1972 television movie The Night Stalker. The “real vampire” angle comes from two aspects of the case: 1) the killer’s seemingly supernatural ability to avoid police custody and 2) the evidence showing that Lilly’s killer drank her blood.

This latter notion was called into question by the Swedish police themselves. Some officers claimed that the soup ladle contained Lilly’s blood but said that there was no conclusive proof that the killer had sipped from the ladle.[8] Still, the fact that the crime scene was so devoid of blood was strange. Could it be possible that Lilly’s killer arrived at her apartment armed with a syringe and some kind of suction device? 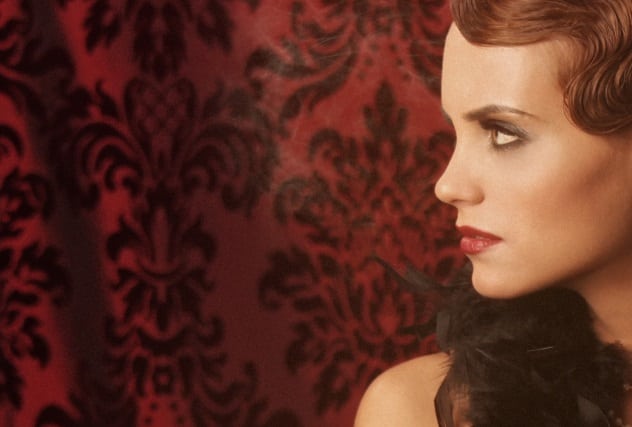 The case of the Atlas Vampire was strange and outre enough to come to the attention of one creepypasta writer. Under the title “Based on a True Story,” the creepypasta version of Lilly’s death concludes that a strange man from Lilly’s nightmares had killed her.[9] While this part of the story is undeniably fictional, the creepypasta writer does suggest that Lilly had met her killer before. Given Lilly’s line of work, it is very possible that her murderer was a frequent client.

If this was the case, then why did the Stockholm police not find Lilly’s killer after interviewing so many of her most frequent visitors? Does this mean that Lilly met the man who would take her life for the first time on the night he killed her? We may never know the answers to these questions. 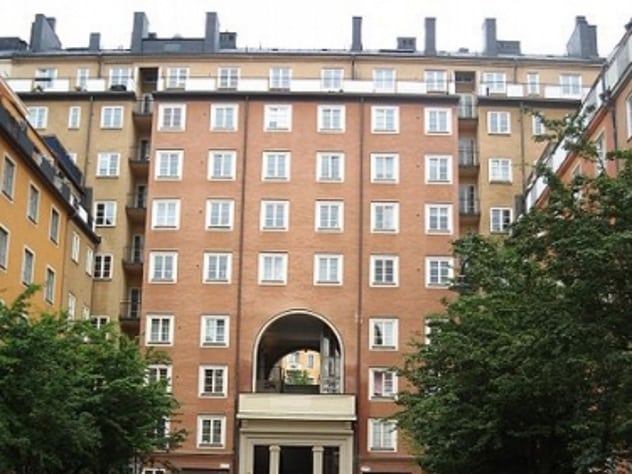 In 2012, Gloria Andersson penned a very interesting blog post about her experience living in the very same building where Lilly was murdered in 1932.[10] After watching a true crime show on Swedish television, Andersson began researching Lilly’s murder. She found out that Lilly lived and died in the same apartment building as her, albeit on the opposite side. Andersson was also one of the first English-language writers to report that Lilly had once been married. (There is no word whether or not the police interviewed Lilly’s ex-husband.)

Although Andersson admits that she does not believe in “spooks,” she did say that she always felt uncomfortable in the wing of the building where Lilly lived. Andersson also reveals that at 9 Sankt Eriksplan, both sides of the building were connected via a corridor that ran through the shared laundry room. The killer may have used this corridor to enter and exit Lilly’s apartment without Minnie ever seeing him.

Read about more disturbing crimes by perpetrators who weren’t caught on 10 Gruesome Facts Of The Setagaya Family Mystery and 10 Haunting Facts Of The Doodler Of San Francisco.