Without a doubt, we live in interesting times. Depending on when this goes live, the Supreme Court is either about to—or just has—issued a ruling that could affect the lives of millions. I’m talking about that last great civil rights step in America: gay marriage.

Now, since I’m just a lowly internet list-writer, I couldn’t possibly predict whether the final ruling will be a great step forward for us, or a great step back. But I can predict how things will look in twenty years: gay marriage will be completely legal. Sorry if that’s not what you wanted to hear, but it’s inevitable. Here are ten reasons why: 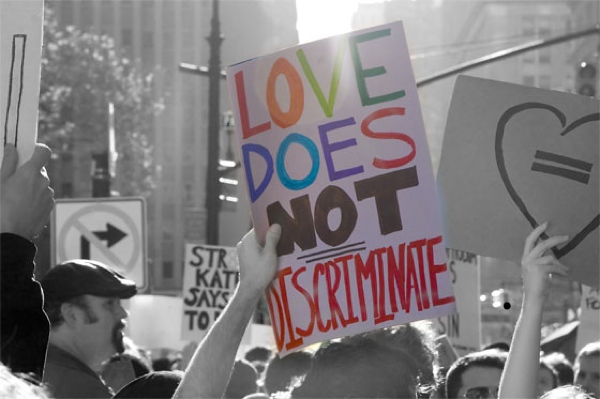 As recently as, say, the year 2000, support for gay marriage was strictly reserved for the very socially liberal and libertarians. No-one else wanted to touch the issue and polls suggested the vast majority of the public looked unfavorably upon it. Not anymore.

In 2011, Gallup reported that American support for gay marriage outweighed opposition for the first time in US history. Nor was this a one-off: up-to-date polls consistently report the public as firmly “pro”, no matter what their source. Even Fox News’ most pessimistic poll puts the percentage of Americans for and against gay marriage at a dead heat.

Needless to say, there are plenty of policies the government follows with the approval of only half the electorate. But that’s only one of the lowest estimates of public support; at the highest, ABC puts support at nearly sixty percent. And, as every politician knows, you can only ignore the public for so long. 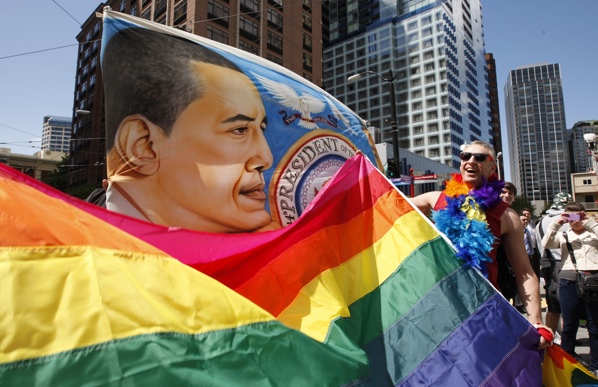 But maybe they don’t have to: political support for gay marriage—unthinkable even in 2008—is skyrocketing. Bill Clinton, Rob Portman, Dick Cheney, Karl Rove (sort of) . . . and even the freakin’ President support amending the law to make it legal. Step outside Capitol Hill and the support increases. In case you didn’t catch this historic U-Turn, here’s Bill O’Reilly saying he’s okay with two dudes getting hitched. Yeah, that Bill O’Reilly: Republican attack dog and staunch conservative.

When even one of Fox’s most outspoken pundits comes out for something like homosexual matrimony, you know the game is up. Even more amazingly, whole companies are throwing in their support—risking the alienation of huge swathes of their customers. These companies include such giants as Starbucks, Budweiser, Amazon, and Microsoft—not to mention the Chick-fil-A manager who offered free meals to gay couples. It’s like the final scene in Spiderman, where the whole of New York comes out to cheer him—only even better, because it won’t end in a disappointing sequel. 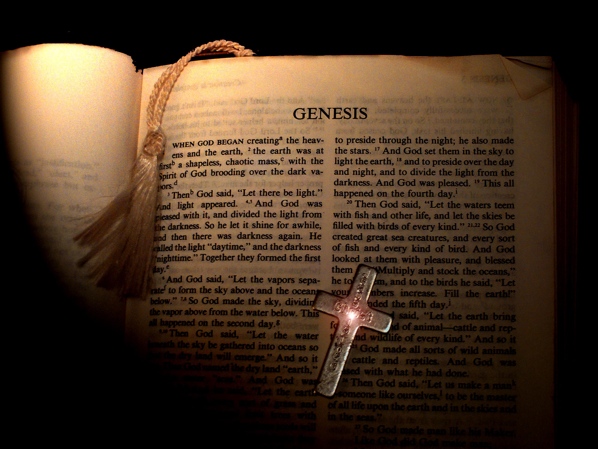 Believe it or not, there is literally nothing in the Bible about gay weddings. Jesus doesn’t even mention gay people—unless you accept the liberal interpretation of Matthew 19:12, in which case he’s cool with it. The only clear, absolute references to same-sex desire that can’t be translated any other way come in Genesis 19, Leviticus 17-26, Paul’s first letter to the Corinthians and his letter to the Romans. Since modern Christians routinely ignore huge chunks of the Old Testament (stoning people for picking up sticks on the Sabbath, not eating shellfish and so on), the first two basically don’t matter.

That leaves only Paul. And guess what? He doesn’t specifically mention marriage. The Romans letter describes how idolatry led to sinful lust, while the Corinthians letter puts homosexuality on a level with prostitution and adultery. While that isn’t exactly progressive, remember Jesus compared divorce to adultery in Mark 10:1. Unless you’re prepared to argue that divorce should also be illegal, it’s probably wise to leave God out of it.

7
Banning it is Unconstitutional 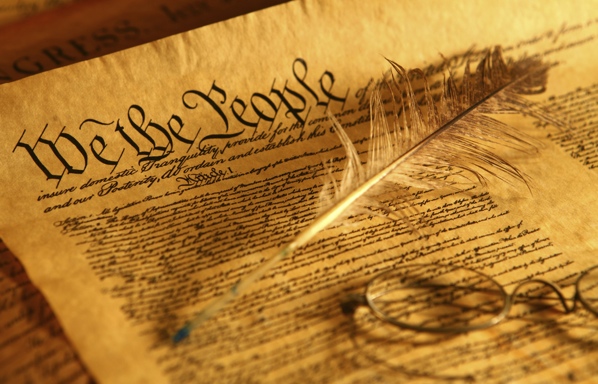 When you ask most Americans to name the greatest document ever written, they’ll probably answer “the Constitution” (or possibly show you their Batman fan fiction). And Article IV of that great document requires each State to recognize the “public acts, records and judicial proceedings” of other States.

So, the moment one State legalizes gay marriage (as has already happened), all other States have to de facto recognize the unions conducted there. Want to guess how many States do this? The answer is: not many. That means huge tracts of the USA are technically violating the Constitution—the basic charter that spells out the laws of the land.

Imagine if Massachusetts suddenly started questioning whether a marriage performed in Mississippi was legal. There’d be uproar, right? Well, that’s what’s happening here. Thanks to Article IV, we basically have an “all in” or “all out” system. And unless the pro-gay marriage States suddenly change their minds, we’re constitutionally bound to go “all in.” Speaking of the Constitution, the Fourteenth Amendment is pretty clear when it comes to equal rights. Put simply, it says we should all be the same in the eyes of the law. Currently, that isn’t happening. At the moment of writing, millions of gay couples are denied the right to make life-or-death decisions for a partner in a medical emergency. Instead, the hospital is required to call the injured person’s family—even if they live five States away and hate their guts.

Can you imagine your how you’d feel if your wife was admitted to hospital and you had literally no say in her care? I’d personally get mad enough to go and protest outside Congress every single goddamn day—but the restrictions don’t stop there. Gay couples are denied access to over one thousand federal rights, including the rights to share property or to take time off work to care for an ill partner. Does that sound like America, or like some tin-pot dictatorship? As someone once put it: “until we are all free, none of us are.” 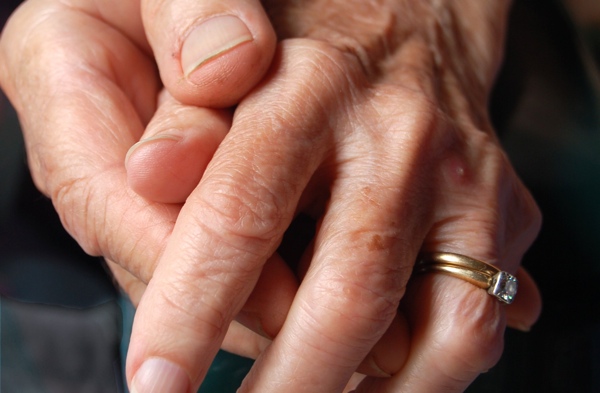 No matter what decision the Supreme Court comes to, heterosexual marriage is safe. Even if they decide to allow men to marry men and women to marry women, that won’t change things for the straight majority. The same rights will still apply; the same tax benefits (or lack thereof) will keep rolling in and no heterosexuals will be forced to married gay people.

Rather than deliver the killing blow to marriage, gay matrimony will likely save it—as all those long-term couples scramble to get legally hitched. As for the slippery slope argument—that legalizing gay marriage will lead to polygamy and to cats marrying dogs—the Netherlands signed it into law thirteen years ago. Know how many people are wedded to pigs there? Probably less than there are here. The whole idea of “defending” marriage is based on ensuring that children are given a nice, stable environment to grow up in. The argument goes that children need parents in a firm, committed relationship—a relationship they can’t walk out of after one argument over the toilet seat, for example.

Well, guess what: right now, literally thousands of children are being denied that opportunity. In 2010, the census revealed that a quarter of same-sex couples are raising children, with 65,000 children being adopted by homosexual partners alone. That’s a heck-load of kids who wouldn’t otherwise have anywhere to go—and nothing could be better for them than allowing their two moms or dads to settle down and get on with the job of being responsible parents. Right now, these kids are stuck in a legal limbo—and it’s a disgrace we’re not doing more to help them. 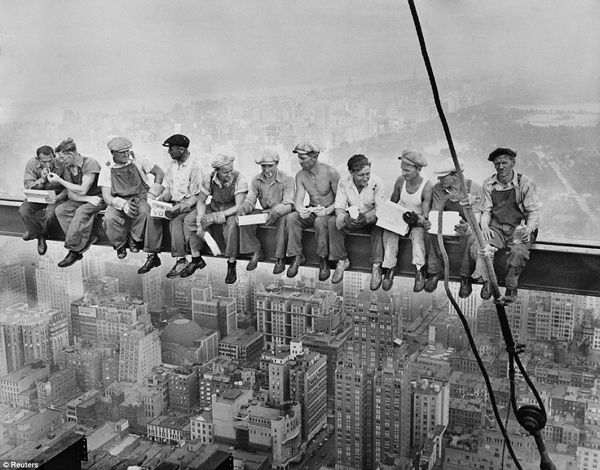 I hesitated to include this, because this shouldn’t be about money. But then I thought, “why the hell not?” Put simply, a decade of research has concluded that gay marriage will raise billions of dollars in tax and help businesses boost productivity. It sounds insane, but actually makes sense when you look more closely:

Firstly, marriage isn’t really rewarded in the tax system. By getting gay couples paying the same “penalties” as straight folk, economists estimate that the government will raise an additional $34 million per year. Secondly, a country-wide legalization would likely result in an explosion of weddings, all of which will require taxable spending. How much would that raise? According to that link in the last paragraph, over a billion dollars.

That’s serious money—and we haven’t even turned our sights yet to the money it will save businesses. Thought Disney, Nike and Viacom were pro-gay marriage out of altruism? Well, maybe—but it will also give their workforce greater flexibility in moving between states, and save them the headache of applying different tax rates to health benefits for same- and opposite-sex couples.

So are you pro-business? Then you should be pro-gay marriage.

In this article, the Washington Post reports on a study by the American Academy of Pediatrics which found absolutely no evidence to support the claim that having gay parents harms children. In fact, the study seemed to show that lesbian moms may actually be better at raising kids—but that might be due to the limited study sample.

1
It’s the Right Thing to Do 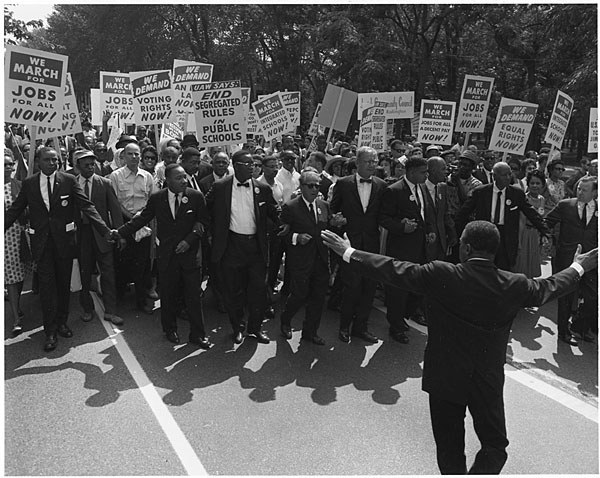 Look, all of us differ on what we think is “right”—I get that. But I also hope we agree on some stuff: namely that no-one should have to put up with shit just for being different, and that the government has no damn business discriminating against anyone, for any reason.

If that also falls under your definition of “right,” then that’s great; I think we can reach an understanding. If not—well, that’s your call, and it’s nothing to do with me. But the tide is turning, and one day our grandkids and great-grandkids will look back at this time and wonder why the hell this whole “legalisation” business took such a ridiculously long time to prevail.