The vast majority of people would agree that our modern civilization is based mainly on ancient western civilizations. Every modern government has some connection to the legacy left by the Ancient Greeks and Romans, either in terms of organization or ideology. The legacy of the Renaissance and the French Revolution’s ideas are still prominent and influencing our everyday life. The British Empire had a massive impact on the modern world, hence billions of people today are speaking English around the world. Western technology and science changed the shape and course of the world for good.

However, most of the significant and influential facts regarding the Western History and Civilization are widely known. They have been acknowledged again and again, so there’s not much to be added. The sole purpose of this list is to introduce the readers to little known stories (with no massive impact on the world), which is the reason why there is no chronological order and connection between the facts on the following entries. So let’s have some fun and why not learn something new. 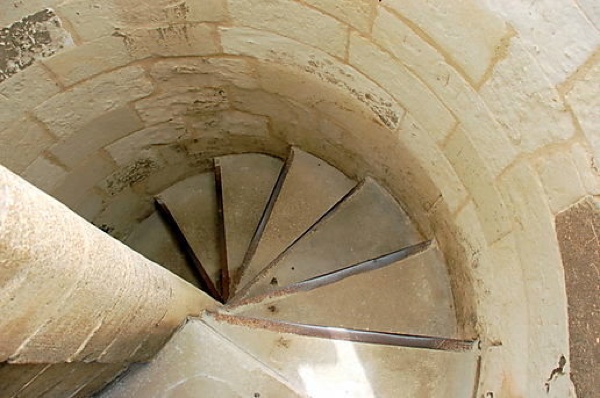 Spiral stairs in medieval times were generally made of stone and wound in a clockwise to place attacking swordsmen who were most often right-handed at a disadvantage. The asymmetry, usually forced the right-handed swordsman to engage the central pike and degrade his mobility compared with the defender who is facing down the stairs.

Extant 14th to 17th century examples of these stairways can be seen at Crathes Castle and Myres Castle in Scotland. Exceptions to the rule always exist though, and one of these can be seen in Scala of the Palazzo Contarini del Bovolo, which winds up counter-clockwise. 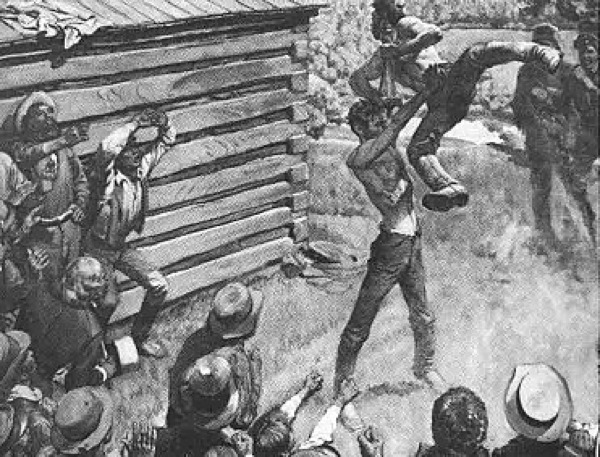 Abraham Lincoln is one of the most famous Presidents in the history of United States, because of his strong and direct involvement in the abolishment of slavery in the country. However, despite his notoriety and all of the references in popular culture to him, there are some things you haven’t heard about Lincoln.

Abraham Lincoln, as a young man, was an incredible wrestler due to his strength and the length of his limbs. Allegedly, Lincoln only lost one out of the 300 matches he had fought during his wrestling career. His immaculate wrestling abilities earned him an “Outstanding American” award, and he was inducted into the Wrestling Hall of Fame. 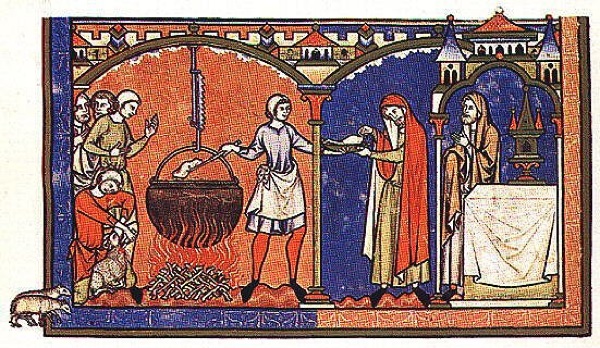 Fact: Beer was more than just a drink for Europeans

During the Middle Ages, beer was as much a daily necessity as a source of inebriation and amusement. It would also be used as medicine in several cases. It could be flavored with everything from the bark of fir trees to thyme and fresh eggs, and was consumed by men, women, and even children. It was the beverage of choice of urban populations that lacked access to secure sources of potable water—a commodity of economic, as well as social importance. Beer was also a safe drink for daily consumption that was vastly cheaper than wine and of course a major source of tax revenue for the state.

During the Renaissance, beer was even safer to drink than water because the beer’s fermentation process cooked the bacteria that caused diseases such as cholera and dysentery. Modern beer, however, even though’s still very popular in all over the Western world, has little in common with the drink that carried that name through the Middle Ages and Renaissance. 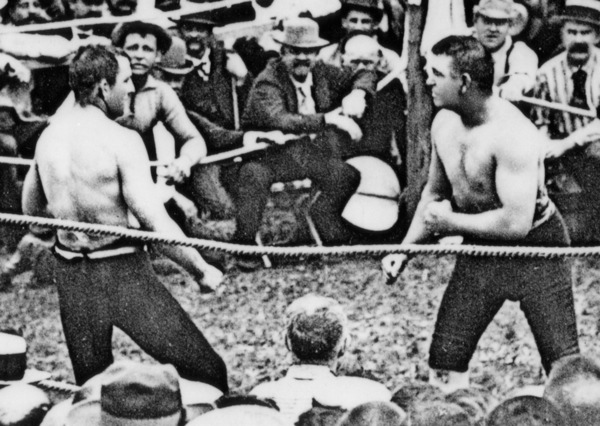 Under bare knuckle boxing rules, a round of fighting lasted until a fighter was knocked down or thrown down; wrestling techniques were also permitted. John L. Sullivan, also known as the Boston Strong Boy, is generally recognized as the last heavyweight champion of bare-knuckle boxing. He was also the first American athlete to earn over one million dollars.

What many people don’t know is that John was the victor of the last bare knuckle boxing fight in history against Jake Kilrain, on July 7th of 1889. “The boxing match of the century” as they later called it, is still considered one of the most significant fights in the history of the sport.

Just to get an idea of how competitive and brutal the fight was, according to official sources who attended the event, in the 35th round, Kilrain had a broken nose, split lips, and one eye swollen shut. Sullivan had a black eye, his left ear was bleeding, and both hands were swollen twice the normal size. The fight wasn’t even half over. Kilrain consumed a quart of whiskey during the fight, while Sullivan was drinking tea.

In the 75th round and after 40 more bloody rounds, a doctor said to Kilrain’s trainer that if he kept sending his boxer out there, he would see him die inside the ring. That was enough. They tossed in the sponge, the fight was over and a whole era of blood, sweat, broken ribs and teeth, faded away for ever. 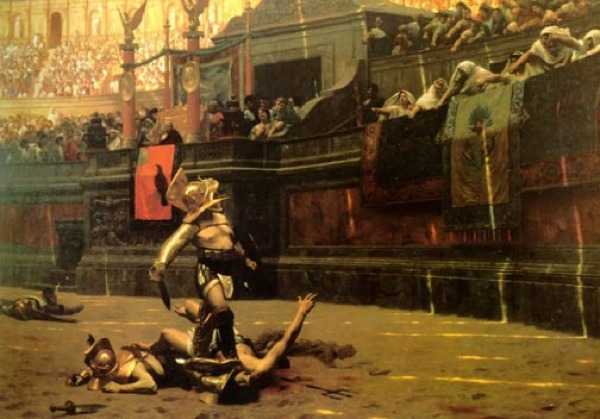 Galen of Pergamon—the man—was an Ancient Greek physician, surgeon and philosopher, who has been very well known through history for his incredible contributions in various fields of science and medicine such as anatomy, physiology, pathology, pharmacology, and neurology. Galen of Pergamon—the boy—invented cold cream as a young budding gladiator who was growing and living in Roman Greece. Galen was fascinated by gladiators as a youngster and he started practicing at gladiator school in Pergamon. To soothe tired sword arms, he mixed olive oil, beeswax, and rose petals. The resulting glop’s water content evaporated on the skin, leaving a cool, soothing feeling. Galen called it ceratum humidum. We now call it cold cream. Fortunately for the mankind, Galen chose the world of science after getting older, instead of becoming a gladiator. 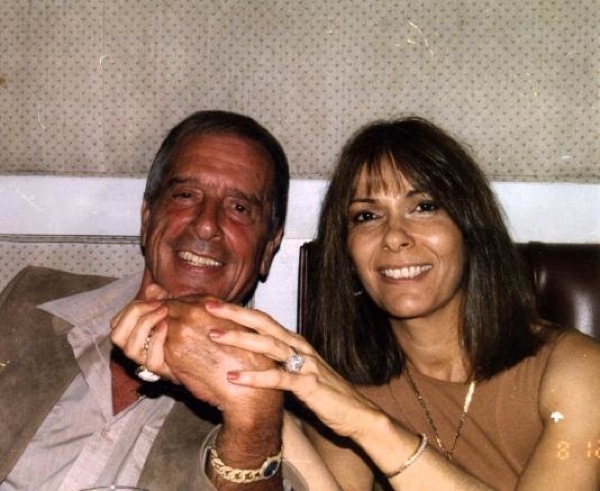 Fact: An Italian-American mobster died from being racist

Gregory Scarpa, Sr. was an enforcer for the Colombo crime family, specifically for the boss Carmine Persico. He was responsible for at least three murders in 1991. In addition to being a murderer, Scarpa was also racist. He despised African Americans. In fact, in 1986, he underwent emergency ulcer surgery at Victory Memorial Hospital in Brooklyn. He refused blood donations from the local blood bank because he feared that the blood may have been donated by African Americans.

Instead, he took blood donations from several family members and associates. One associate was mobster Paul Mele, who was a body builder and steroid user. Mele had contracted HIV from a dirty needle and ended up passing it on to Scarpa. It eventually progressed into AIDS which caused the death of the mobster. 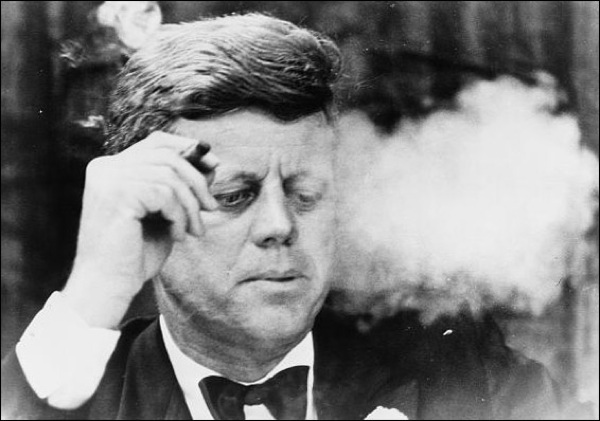 Fact: JFK loved Cuban cigars a little too much

In 1962, President John F. Kennedy signed the trade embargo against Cuba. This shut down trade between the US and Cuba because of Cuba’s repressive form of government. It is still in effect today. However, Kennedy didn’t sign it before he was able to secure some Cuban goods of his own.

The night before Kennedy signed the trade embargo, he asked his head of press, Pierre Salinger, to secure 1,200 Cuban cigars for him. Salinger was successful, and Kennedy got his cigars before the embargo went into effect. 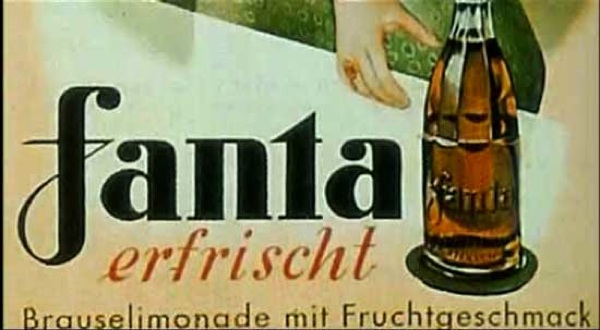 No matter how unbelievable this fact might sound to some, Fanta was invented by Nazis in Germany back in 1941. It was very difficult for the Nazis to import Coca-Cola syrup into Germany during World War II due to trade embargos. So, the head of Coca-Cola Deutschland, Max Keith, decided to make a new product for the German market.

He used ingredients available already in Germany at the time, including whey and pomace. During a brainstorm on what to name the beverage, Keith said “use your imagination” or “fantasie” in German. Salesman Joe Knipp yelled out “Fanta!” And this is how Fanta was born. Today you can find over 100 flavors of Fanta worldwide. 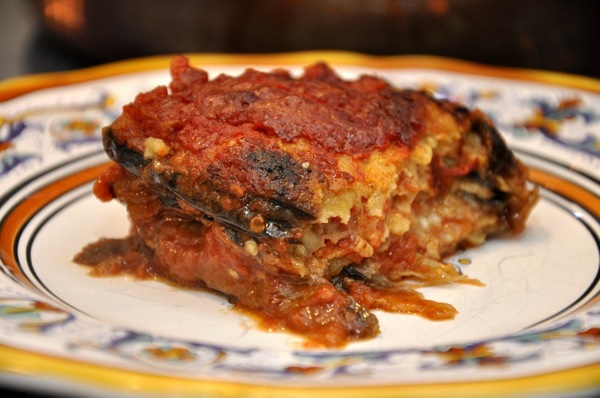 Most historians acknowledge that there is an undeniable influence of the Ancient Greek culture and civilization in most aspects of Roman history. According to some modern archaeologists, geneticists and anthropologists though, it seems like there’s more than just a simple cultural link between the two nations.

Magna Graecia, or Greater Greece is the name given to many parts of southern Italy, colonized by the Ancient Greeks almost 3,000 years ago. Obviously, the internal migrations of modern Europe are nothing new. For the ancient Greeks, southern Italy was their America.

Long before the Roman Empire flourished, Ancient Greeks sailed west in search of new lands. They settled around the hospitable coastline of Calabria and Sicily, dominating local tribes, building huge temples to their gods and founding Greek-speaking colonies. Naples alone was a town founded by the Greeks and the name of the city deprives from the Greek Nea Polis, which means New City; within the city they spoke Greek until the 9th century AD.

The Greek cities were later destroyed by the Romans, but the DNA connection remained. Even today, the presence of the Greek element is pretty obvious in many parts of Southern Italy. Many Southern Italian dialects use a lot of Greek words, while the influence can be found in music and cuisine, with a major example being the Italian food parmigiana, which is very similar to the Greek moussaka.

As previously mentioned, only very recently have archaeologists been able to reconstruct the history connection between two of the greatest ancient nations of the western civilization, but the puzzle is still missing many pieces, which hopefully will come to light in the near future. 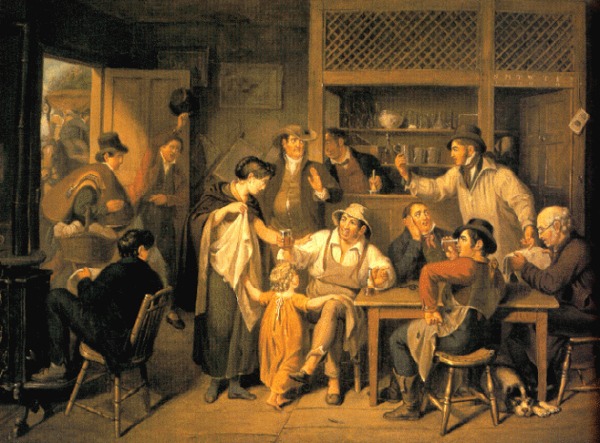 Fact: The founding fathers of the US loved to drink.

While in France, Jefferson spent a great deal of time in the vineyards of Burgundy. John Adams is said to have drunk cider for breakfast every day to the day he died. In 1787, two days before they signed off on the Constitution, the 55 delegates to the Constitutional Convention partied at a tavern. According to the bill preserved from the evening, they drank 54 bottles of Madeira, 60 bottles of claret, eight of whiskey, 22 of porter, eight of hard cider, 12 of beer and seven bowls of alcoholic punch.

In their defense, we must mention that getting drunk and not losing control was socially acceptable and perfectly normal back in those times. Of course that would slowly change and become less acceptable, until the US had alcohol prohibition in the early 20th century.