The tragic bombing at the 2013 Boston marathon, which left three dead and over a hundred wounded, has once again brought one of the most despised groups in the world to prominence.  The Westboro Baptist Church (WBC), headquartered in Topeka, Kansas, has for years made headlines by protesting the funerals of US soldiers. They do this in order to draw attention to their chief cause: the virulent hate of homosexuals.

The WBC believes that homosexuality should be a capital crime, and that all such individuals are destined for Hell.  They plan to picket the funerals of the Boston victims; on their Twitter page they announced that “God Sent The Bombs In A Fury Over Fag Marriage!”

Thousands plan to stop them; they have already found themselves in the crosshairs of a cyberattack, and the drama will only get worse as they plan to spew their venom.  Below are ten bizarre facts to help you acquaint yourself with some of the worst people in the world:

10
They Rose To Fame Through Tragedy 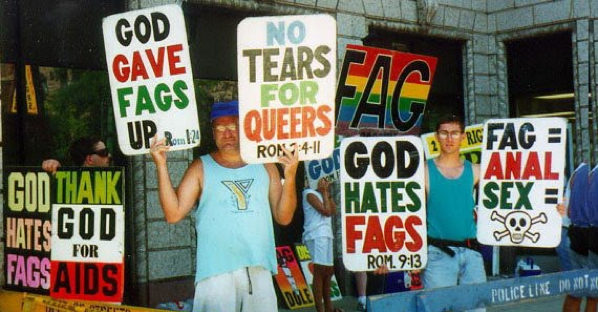 The Westboro Baptist Church was formed in 1955 by Fred Phelps, and its members languished in relative obscurity for decades, waving their signs at gay pride parades and the like.  There are only a few dozen members at any given time,—mostly extended family of the leaders.

They first received international exposure when they appeared at the funeral of Matthew Shepard, a twenty-one-year-old University of Wyoming student who was beaten and tortured to death for being gay.  During Shepard’s funeral, they distributed leaflets that said: “It is too late to rescue Matthew Shepard from the life of sin and shame into which he was lured by the perverted, depraved, and decadent American society into which he was born. All who say, ‘It’s OK to be gay,’ have the blood of Matthew Shepard on their hands.” 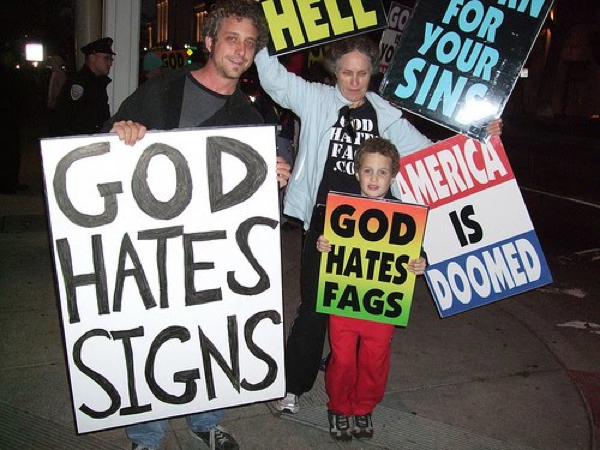 In 2005, the WBC—in what was perhaps their most ludicrous act—protested outside an appliance store in their native Topeka against the crime of . . . selling Swedish vacuum cleaners.  The protest was in response to Sweden’s arrest of Åke Green, a Pentecostal Christian pastor who was arrested for hate speech against homosexuals.  Green was sentenced to a month in prison, but was later acquitted.  It’s unclear whether he was touched by the WBC’s support. 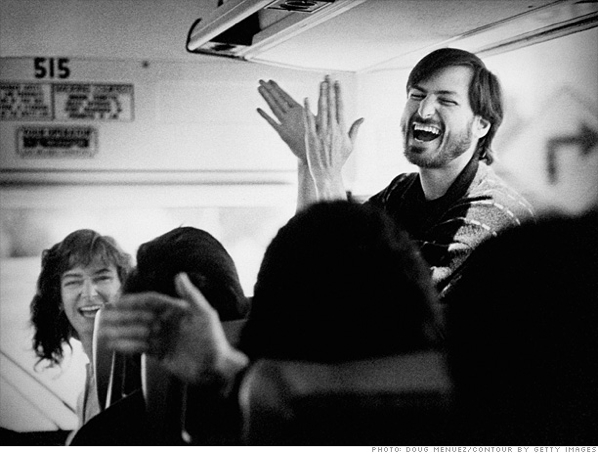 When Apple co-founder Steve Jobs died in 2011, the WBC promised to protest his funeral.  In an ironic twist, many of the church members—including Margie, daughter of the founder Fred Phelps—sent their messages out via Twitter for iPhone.  Margie posted: “Westboro will picket his funeral.  He had a huge platform; gave God no glory & taught sin.”

The WBC’s promise proved hollow this time; they never made it to Jobs’ funeral.  Interestingly, the iPhone actually has many religious apps, including “Confession: A Roman Catholic App,” which was officially sanctioned by the Catholic church. 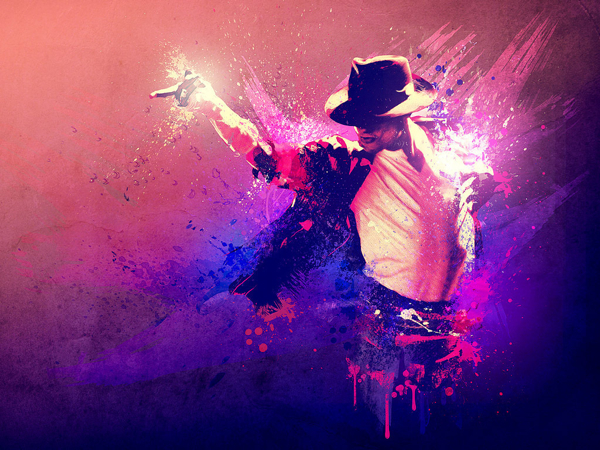 When Michael Jackson died in June 2009, the WBC quickly announced plans to picket his funeral, stating on their website:  “We will be there to tell you to Thank God for the death of this filthy, adulterous, idolatrous, gender-confused, nationality-confused, unthankful brute beast.”  As part of their protest, they released a song called “God Hates the World”, a takeoff of Jackson’s charity hit “We Are the World.”  Surprisingly enough, I was not able to locate a copy online.

6
Their Enemies Are Musical, Too 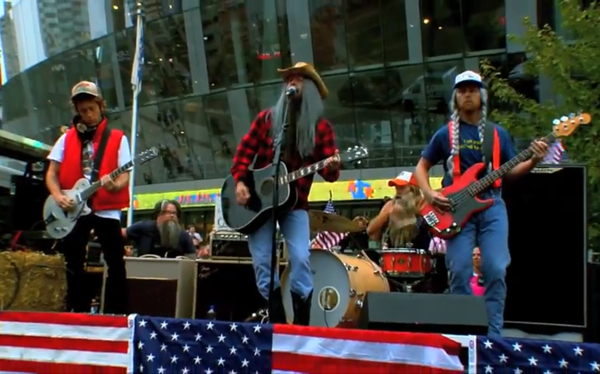 Along with funerals, the WBC holds protests at dozens of public events, including local Kansas City Chiefs games; music concerts; and even Comic-Con (where they appeared to protest the comic book readers’ worshipping of false superhero idols).

On September 16, 2011, they arrived in Kansas City, Missouri, to protest the concert of the rock band Foo Fighters.  In one of the more awesome counter-protests ever, the band took the opportunity to arrive on a flatbed truck in homoerotic costumes and perform an impromptu version of their song “Keep It Clean,” which contains heavy homosexual undertones.  Dave Grohl, Foo Fighters’ lead singer, paused during the song to preach a message of equality.

5
The Supreme Court Ruled In Their Favor 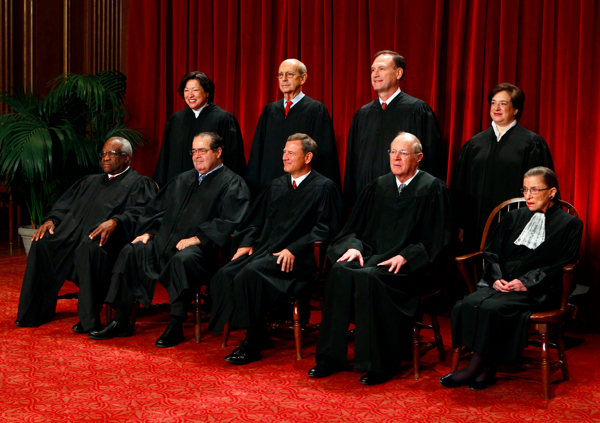 After the WBC picketed the funeral of Marine Matthew Snyder in March 2006, the Snyder family sued them for invasion of privacy and defamation.  An initial ruling awarded the Snyder family $10.9 million in damages—but subsequent appearances in court began to diminish the settlement.

A federal appeals court eventually overturned the decision altogether, ruling that the WBC’s picketing fell under constitutionally protected free speech.  Moreover, the court ordered the Snyder family to pay the WBC’s court costs of $16,000.  An outpouring of public support paid the fees, but the battle raged on until March 2, 2011, when the Supreme Court again ruled in favor of the WBC, stating they were “entitled to ‘special protection’ under the First Amendment.”

4
Canada and the UK Banned Them 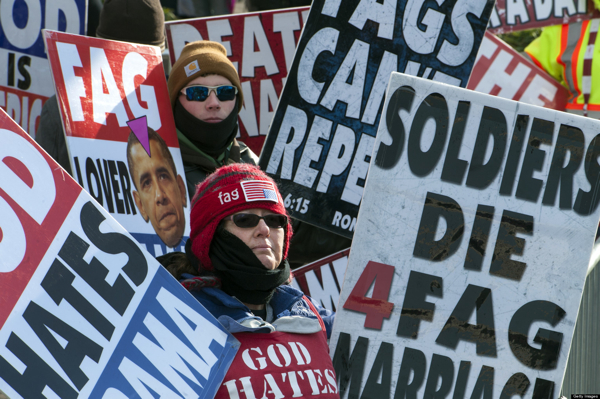 In August 2008, twenty-two-year-old Tim McLean was on board a Greyhound bus, bound for his hometown of Winnipeg, when he was brutally murdered.  When the WBC announced plans to picket his funeral, the Canadian government acted swiftly, banning their entrance.  Several church members were stopped as they tried to cross the border at Niagara Falls.

The UK took similar measures when the WBC claimed they would arrive to picket a production of The Laramie Project at Queen Mary’s College—specifically banning the entrance of the Phelps family.  The Laramie Project is a play about the plight of Matthew Shepard.

3
They Have Earned The Wrath of Hackers 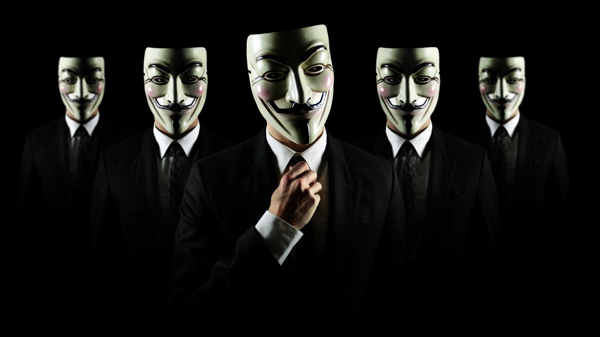 Anonymous is an “hactivist” group, whose members could perhaps described as internet vigilantes.  They are known to retaliate against against anti-piracy laws, corruption, sex predators, and oppressive religions such as Scientology.  Their power is vast; they have hacked into the websites of the FBI, the US Department of Justice, major credit card companies, and other federal governments.

So when the Westboro Baptist Church threatened to picket the funerals of the Sandy Hook Connecticut school shooting victims, Anonymous responded with vengeance—hacking into the WBC’s website, releasing the personal information of all its members, shutting the site down, and even hacking Fred Phelps’ daughter’s Twitter account.  When they again threatened to picket at the Boston Marathon funerals, Anonymous released the statement: “If #WBC protests the Boston funerals, they will have to expect us.”  Soon afterwards, they sacked the WBC website, posting such fare as inspirational pictures of Martin Luther King, and photos of cute kittens.

2
They Have Cool Neighbors 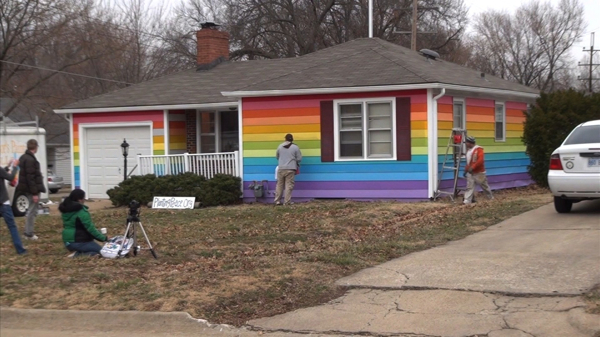 In March 2013, the WBC got quite a shock when a house neighboring their property was treated to a glaring rainbow paint job.  The Equality House, owned by Aaron Jackson, is only a small part of his organization, Planting Peace, which aims to build a better world by establishing orphanages, protecting the environment, and promoting tolerance.

According to the website, “The [Equality] House is a symbol of equality, peace, and positive change” and it will “serve as the resource center for all Planting Peace equality and anti-bullying initiatives.” The organization recently recruited a surprise member, Fred Phelps’ granddaughter Libby, who abandoned the hateful teachings of the WBC years ago.

1
Even The KKK Hates Them 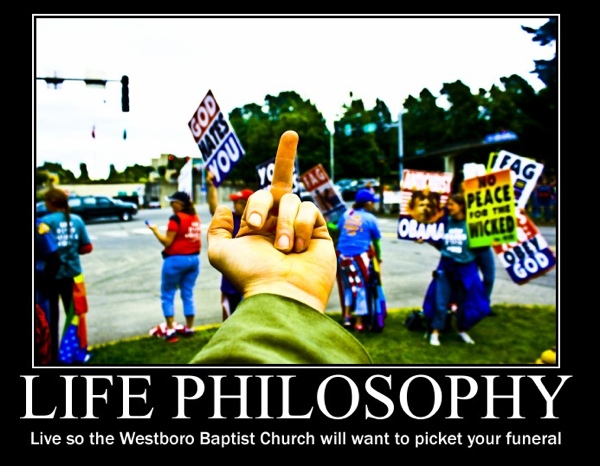 Formed in the wake of the American Civil War, the Ku Klux Klan has been known for almost one hundred and fifty years as one of the worst hate groups in the world.  But even the reviled Klan is disgusted by the activities of the Westboro Church—especially their habit of picketing soldiers’ funerals.  Many of the KKK’s members are veterans themselves, including “Imperial Wizard” Dennis LaBonte, and they have appeared at funerals in counter-protest to the WBC, generally keeping a low profile and handing out small American flags.

Mike Devlin is an aspiring novelist.  He loves almost everybody.