There’s no doubt about it—we sure do love our guns. Last year, the small arms survey concluded that the United States has 88.9 firearms for every one hundred people. That’s more than Yemen, Mexico, Pakistan, and the West Bank/Gaza combined. Yet there’s a heck-load of research out there indicating that a pinch of gun control would keep us safer, and potentially even save our lives. After all: 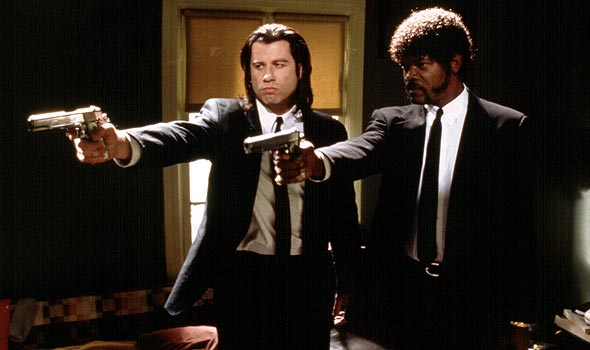 If you compared gun ownership levels with homicide rates, what would you expect to see? Fewer people willing to start a fight when everyone is armed? No correlation at all? Well, not exactly: according to decades of data analyzed by the Harvard School of Public Health, guns and homicides go together like Nicholas Cage and terrible movies.

Put simply, if your fellow citizens have easy access to guns, they’re more likely to kill you than if they don’t have access. Interestingly, this turned out to be true not just for the twenty-six developed countries analyzed, but on a State-to-State level too.

Of course, this doesn’t mean that you definitely won’t get shot in Massachusetts—just as it’s entirely possible that you’ll live ninety years in Arizona and never experience the slightest harassment. But statistically, the trend holds true. And on the subject of statistics… 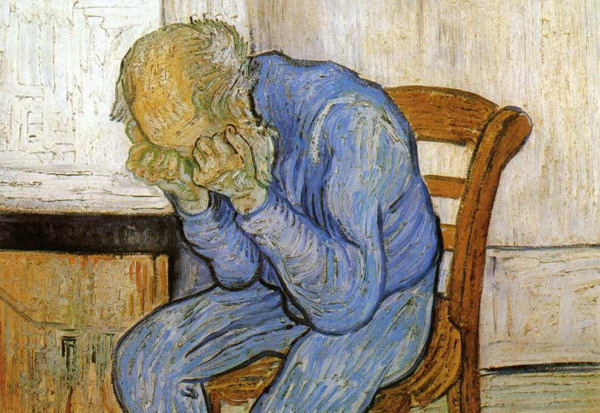 There’s a widespread perception that committing suicide is like planning a wedding or something; you sit down, give it a lot of thought, set a date, and get on with it. But study after study indicates that suicide is not so much a rational decision, but something people do on the spur of the moment—meaning that a lack of access to a death-shooting murder-stick at that critical moment could be the difference between life and death.

It might sound far-fetched, but look at the evidence: according to this report in the Boston Globe, States with high levels of gun ownership have a suicide rate almost twice as high as those with low ownership levels. Even more worrying, people who committed suicide were found to be seventeen times more likely to live with guns at home than not. Now, you might assume that gun owners or gun owning States are more likely to have mental health issues (for whatever reason), but research shows this isn’t true. So you have a bunch of people exactly as miserable as people in other states, but anywhere between two and ten times more likely to end up “going the Heming-way.”

8
The Public Supports (some) Gun Control 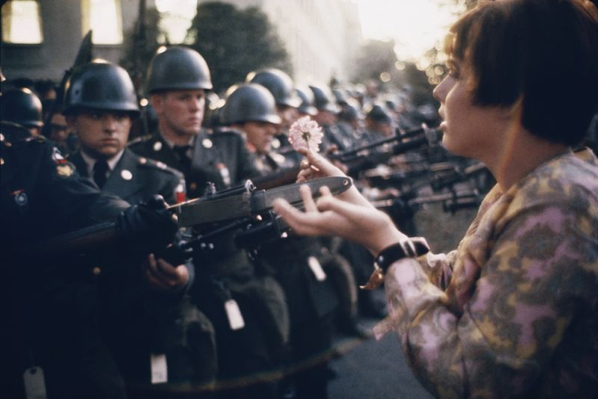 For all the claims of politicians that they represent the public, the truth is that they basically don’t. For every “Mr Smith Goes to Washington” type sticking up for the little guy, there are about two hundred others doing their best to trample him into the ground.

Case in point: at least fifty-four percent of Americans support very strict gun laws, with that number rising to a whopping ninety-one percent (LINK 6) when it comes to common-sense stuff like required background checks. You may recognize this as the same common-sense policy Congress recently shot down in what can only be assumed was an effort to become even more unpopular.

This support for gun control, by the way, is pretty bipartisan: even with controversial stuff like reinstating the assault weapons ban, roughly half of Republicans are in favor, along with a majority of Democrats and Independents. In other words, people are largely pro-gun control—it’s the politicians who aren’t.

Between 1982 and 2012, the US had roughly sixty-two mass shootings. That’s an astonishing number—but it’s not what I’m driving at. Instead, this research by Mother Jones (scroll down halfway) shows that, of those sixty-two shootings, forty-nine were perpetrated using legal weapons.

And guess what? Half of all mass shooters used assault weapons or high-capacity magazines—meaning that a few sensible restrictions could have saved a heck-load of lives. While someone really determined to pull off a massacre could do it using a handgun, shotgun or even a musket if they had to, they’d be pretty unlikely to kill anywhere near as many people as they would with, say, an AR-15 assault rifle. So putting controls on the assault rifle has to be a good thing, right? 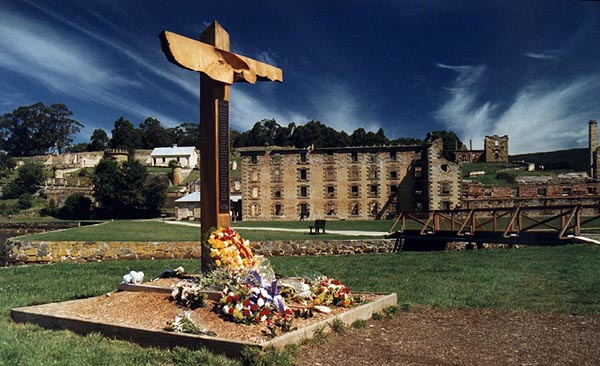 Unlike Congress, the Australian Parliament likes action. In 1996, a mass shooter killed thirty-five people in Port Arthur in a massacre so pointlessly depressing I’m not going to mention a single other detail. Two weeks later, the conservative Prime Minister, John Howard, launched perhaps the most aggressive clamp-down on gun ownership in history.

Around 650,000 automatic and semi-automatic weapons were destroyed and a whole raft of checks and controls brought in. The end result? The first decade of the law alone saw a fifty-nine percent drop in Australian gun-homicides, while non-firearm-related homicides stayed level. In other words, people didn’t switch to machetes or poison so much as they stopped killing altogether. As for mass shootings: well, Australia’s gone all the way from eleven a decade (1986-96) to zero. 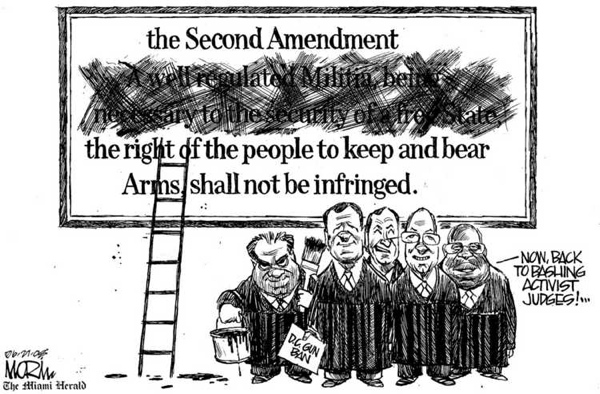 No other passage in the US Constitution is as hotly debated as the Second Amendment. In full, this controversial sentence reads:
“A well-regulated militia, being necessary to the security of a free state, the right of the people to keep and bear arms, shall not be infringed.”

Although most people focus on the “bear arms” part, the real key word is “militia.” The thing is, in 1791, no-one really knew if this whole “Union” thing was going to work out. Many of the States distrusted each other, and everyone distrusted big government. The possibility of invasion was frighteningly real, and the Second Amendment was put in place to make sure that a citizen’s militia could defend the principles of the constitution.

What the Second Amendment didn’t do was grant any drunken asshole the right to stagger into a gun shop and buy an assault rifle without a single background check. In 1939, the Supreme Court even ruled that:

“The Second Amendment must be interpreted and applied with the view of its purpose of rendering effective Militia.”

By 2008, they’d extended that to cover self-defense in the home—something else that doesn’t require a high-capacity magazine and the ability to kill everything within a three block radius. But that’s all they’d extended it to: there’s no constitutional “right” to carry a concealed weapon, no “right” to use armor-piercing bullets—just the right to defend yourself against intruders. And as Stephen King famously said: “if you can’t kill an intruder with ten rounds, you need to go back to the shooting range.” 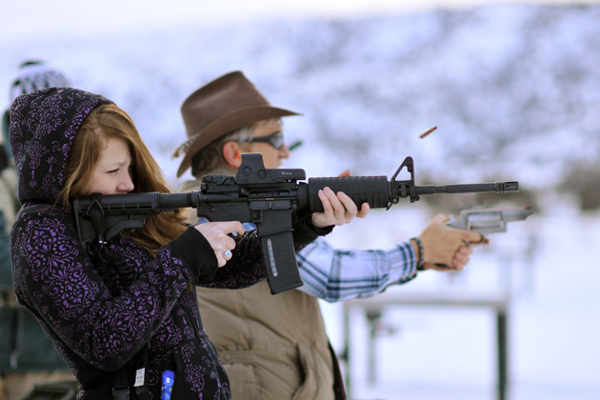 Let’s be frank: very few of those who support gun control guys want an absolute, total ban on weapons. Personally, I think that if someone wants to buy a rifle and go hunting in the weekend, it’s their business and has nothing to do with me. Equally, if you simply feel safer knowing that you have a shotgun in the house to defend your kids, fair enough.

But there’s no conceivable reason to own an AR-15, a pump action shotgun, armor-piercing bullets or a high-capacity magazine. Firing a semi-auto at a piece of cardboard is no more “sport” than using a bazooka to play pool is “leisure.” It simply appeals to the fraction of the population who dream of re-enacting Scarface’s last stand, every time they get a letter from the IRS.

3
We Have Too Many Already 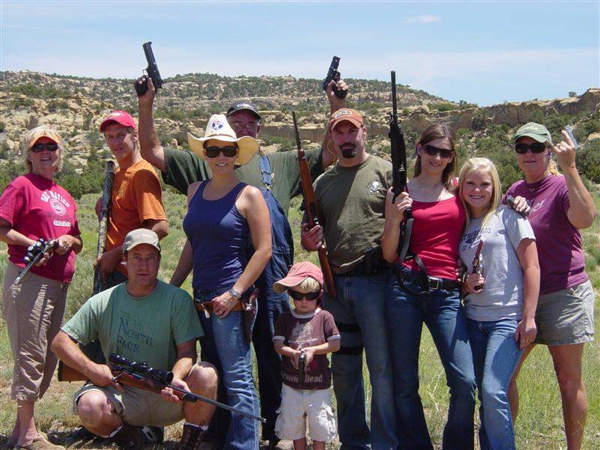 I mentioned in the introduction that the United States has more guns per capita than Yemen—but that doesn’t even begin to describe our love of guns. According to data published in the the Guardian, gun ownership in the US is literally the highest in the world. Not in the “developed world,” or the West; in the whole world. That makes Americans more heavily armed than Russians, Pakistanis and people from Afghanistan .

Even Latin American countries overrun by drug cartels, with murder rates comparable to war zones—such as Colombia, Mexico, and Guatemala—have fewer guns per capita. Even literal war zones, like Somalia and D.R. Congo, have less heavy weaponry. When you feel more inclined to arm yourself than guys who live in a failed nation state where the average life expectancy is less than fifty years, it might be time to think about slowing down. 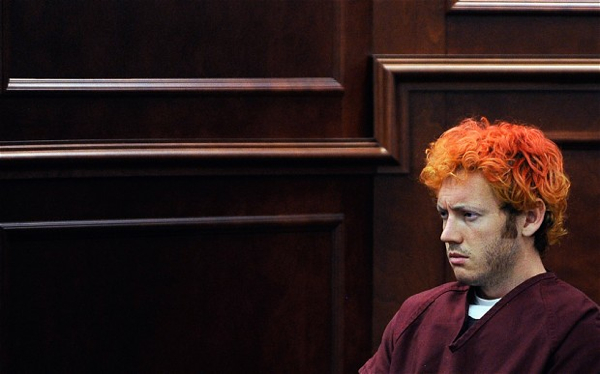 Of course, we could just as easily go in the opposite direction. If everyone was armed, no mass shooter would stand a chance, right? Not exactly. When Mother Jones crunched the numbers, they found that successful interventions by armed civilians had occurred in only 1.6 percent of all mass shootings since 1980. In other words, it happened a single time in thirty years.

In two other cases, armed civilians managed to subdue a killer after the shooting had already happened, which you could argue is still a good thing. But plenty of less-fortunate people who tried to get involved have only wound up adding to the casualty list. In 2005, for example, Brendan McKown and Mark Wilson both tried separately to confront an armed shooter. McKown was blasted into a coma, while Wilson was instantly killed.

The trouble is, you might be an ace down the range—but when you’re in the middle of utter carnage, it’s another thing altogether. That’s why one of the few possibly successful interventions—at the end of the 2002 Appalachian School of Law shooting—came from an ex-cop. Training makes a hell of a difference.

1
Assault Weapons Won’t Save You 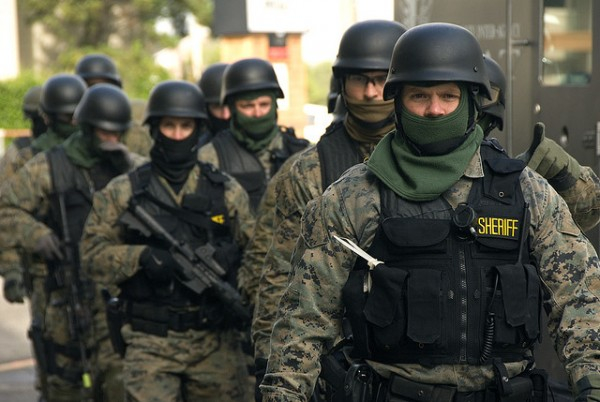 The last big myth about owning enough firepower to rival Pablo Escobar is that it’ll protect you when the government comes. It won’t. A psychopathic Federal Government would have the entire US Army at its disposal, along with enough firepower to destroy the planet several times over. The best anyone making a “last stand” could hope for is to get out alive, instead of re-enacting the finale of the Waco Siege.

All that security assault weapons and their ilk might offer anyone is security of mind—which honestly doesn’t seem worth it, stacked up against everything else on this list.