Would you believe it if a random person told you that Samsung manufactured machine guns? Or that Volkswagen makes sausages, Toyota sells prefabricated homes and Apple once sold clothes? We did not make any of that up. They are all true.

You see, while we often associate established brands with certain products, like Lamborghini with sports cars and Sony with electronics, these conglomerates often have other businesses they do. Oftentimes, they just veered off into some other market that is totally unrelated to their core business. At other times, they just happened to be part of a larger multinational that is into things we would not expect. 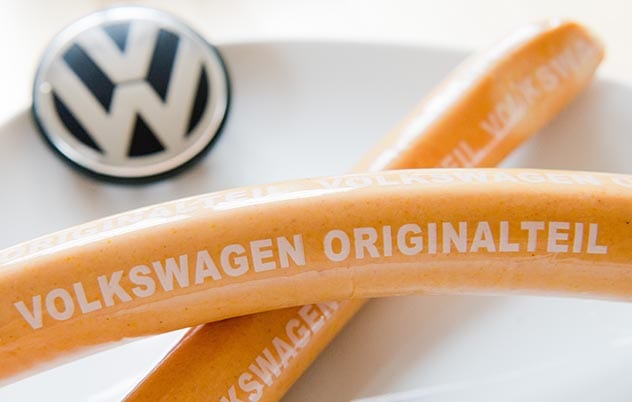 The sausage, which the company calls currywurst and brands with the German phrase “Volkswagen Originalteil” (“Volkswagen original parts” in English), is made at the company’s main factory in Wolfburg, Germany. Cars are also made at the facility in case you are wondering. The sausages are made of pork and offered in two different lengths. There is also a vegetarian version.

Volkswagen entered the ketchup business in 1997. Its ketchup is thicker than regular ketchup and flavored with spice and curry. The sausages and ketchup are wildly popular and sold at Volkswagen factories and partner supermarkets in Germany. German dealerships also present a pack to customers who buy new Volkswagens from them.[1] 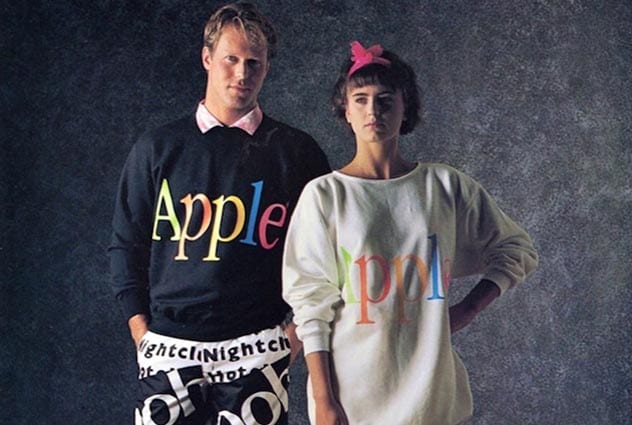 Apple is renowned for its computers, phones, iPods and lately, financial services. However, if things had gone according to plan, we would have added clothes to the previous sentence. Yes, Apple sold clothes and even launched a clothing line way back in 1986.

What do you think they called it? iShirt? Maccap? No, they called it The Apple Collection. The Apple Collection included t-shirts, sweatshirts, caps and hats. The merchandise either had the former colorful Apple logo or the word “Apple” imprinted on them in some funny looking, old school font.
The clothing line was not Steve Jobs idea. He had left Apple a year earlier. John Sculley was the CEO of Apple at the time. So, we think he came up with the idea. Apple stores did not exist at the time, so Apple sold the clothes exclusively through mail order. The clothing line was later discontinued due to what we think was poor sales.[2] 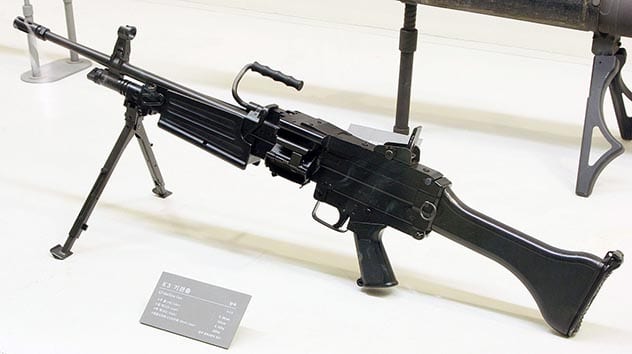 When we think Samsung, we think televisions, home appliances, semiconductors, anti-Apple lawsuits and maybe exploding phones. Machine guns are one thing we definitely do not think of. This is even though Samsung actually manufactures machinegun systems for the South Korean military.

While most people do not realize, Samsung is actually an international conglomerate with interest in construction, vehicle manufacturing, theme parks, helicopter engines, hospitals, real estate, luxury hotels, textiles, chemicals, weapons and lots more. These machineguns are not your regular human-operated machineguns but artificial intelligence powered weapons capable of independently engaging enemies without a human operator.

The aptly named Samsung SGR-A1 sentry gun is the product of a joint venture between Samsung Techwin (one of Samsung’s sister companies) and Korea University. It is equipped with cameras, rangefinders, illuminators, voice recognition and a machine gun and multiple grenade launcher that allows it to automatically track, identify and engage enemies.

However, Samsung denies that the weapon will engage targets on its own. Rather, it passes information about any intruder to an operator, who determines whether it should fire or not. The weapon is currently deployed at the 250-kilometers-long Korean Demilitarized zone, which despite its name, is one of the most militarized regions of the world. There are no reports that the weapon has killed anyone yet.[3] 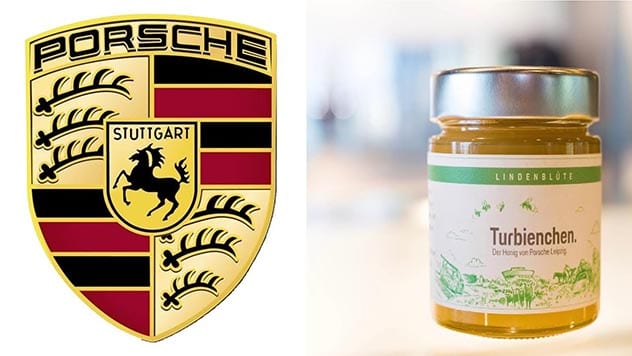 Porsche is renowned for its sports cars, luxury sport utility vehicles, sedans and honey. You probably did not see that last part coming. Porsche keeps bees and sells their honey. Porsche entered the beekeeping business in May 2017 when it set up a bee farm in Saxony, Germany. The farm launched with 1.5 million bees split into 25 colonies.

Those bees produced 400 kilograms of pure honey by December. Porsche put the honey in jars, slammed the name Turbienchen on them and sold them at its customer care shop in Leipzig, Germany. The honey sold out within days, prompting Porsche to add another 1.5 million bees as it attempted to double its output the following year.

Porsche did not go into the beekeeping business for money but for preservation purposes. Bees are crucial to German agriculture and are protected by law. Despite this, Germany still loses massive amounts of bees to disease and pesticide every year. In fact, Germany currently has a shortage of bees. Porsche’s is only trying to increase Germany’s bee population.[4] 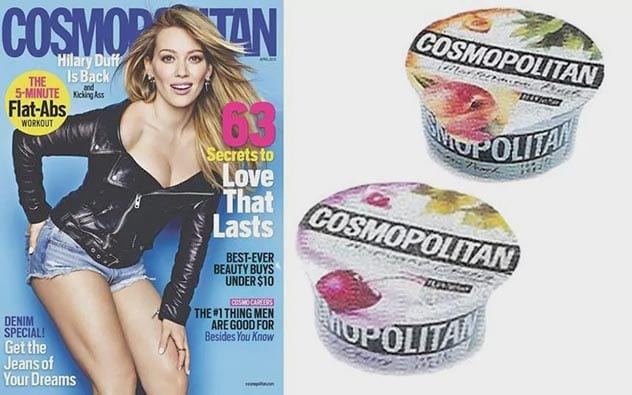 Cosmopolitan is famed for its colorful fashion, entertainment and lifestyle magazine. However, at the turn of the century, it got famous for selling yogurt, cheese, clothes, watches, sunglasses and cafés, which it called lifestyle centers. The so-called lifestyle centers helped women keep fit and offered advice on their emotional issues.

The first pack of the aptly named Cosmopolitan yogurt (or Cosmo yogurt for short) appeared in supermarkets in 1999. Like the magazine, the yogurt and cheese were targeted at women between the ages of 15 and 44. It was low-fat and was made in partnership with MD Foods. However, the yogurt barely survived for two years before it was discontinued over poor sales.[5] 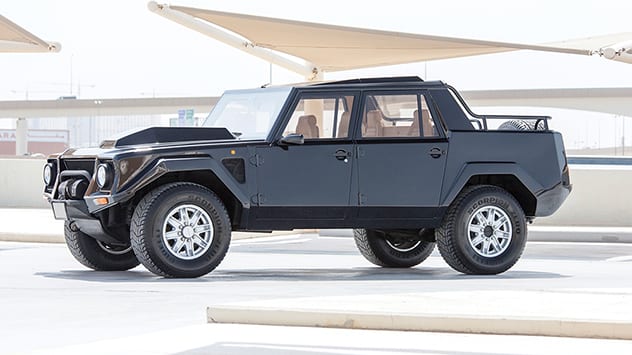 Lamborghini is world famous for its powerful and aesthetically pleasing sports cars. But did you know that Lamborghini originally made tractors? Lamborghini only started building sports cars after its founder, Ferruccio Lamborghini, got into a spat with Enzo Ferrari, the founder of Lamborghini’s major competitor, Ferrari.

While Lamborghini still makes tractors, they are not the weirdest thing to have rolled out of their factories. That title should go to the odd-looking off-road vehicle called the Lamborghini LM 002. Lamborghini actually made three off-road vehicles. The first two were the Cheetah and the LM 001. Both were prototype vehicles and never made it to the market.

However, the plans of the Cheetah and the LM 001 were merged to create the LM 002, which was exhibited at the Geneva Auto Show in 1982. The LM 002 went into production four years later. In terms of power, the LM 002 was the sort of thing you would expect from Lamborghini. It was an all-wheel drive with a powerful V12 engine that went from zero to 100 km/h in just 7.8 seconds.

However, we wish we could say the same thing about the design. For one, the car looks very odd. Some standard Lamborghini features like leather seats and air conditioning were also optional. Did we also mention that it had a cargo bed?[6] 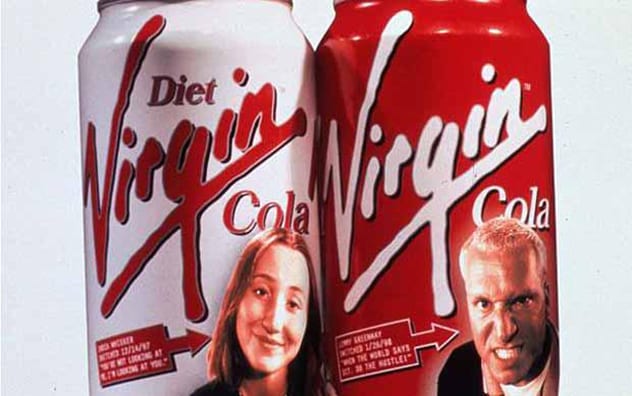 Sir Richard Branson has many businesses operating under his multinational conglomerate, Virgin Group. His businesses are as diverse as you can imagine. He has airlines, gyms and hotels amongst others. He also offers communications, healthcare, financial services and so on. But Sir Branson has also ventured into more unexpected terrains in the past. Like when he launched Virgin Cola in 1994.

Curiously, Virgin Cola was almost successful—until Coca-Cola ran it out of business. To be fair to Coca-Cola, Sir Branson fired the first shots when he drove an armored tank over cans of Coke to advertise his new drink. Coca-Cola executives got the message. Sir Branson wanted to displace them to become the dominant cola brand in the market.

Coca-Cola retaliated by offering mouthwatering deals to stores that stocked on Virgin Cola. In exchange, the stores stopped buying Virgin Cola and bought Coke instead. Virgin Cola sales declined everywhere except in Bangladesh where it remained popular. However, the Bangladeshi cola market was not profitable enough for Sir Branson who promptly discontinued the drink.[7] 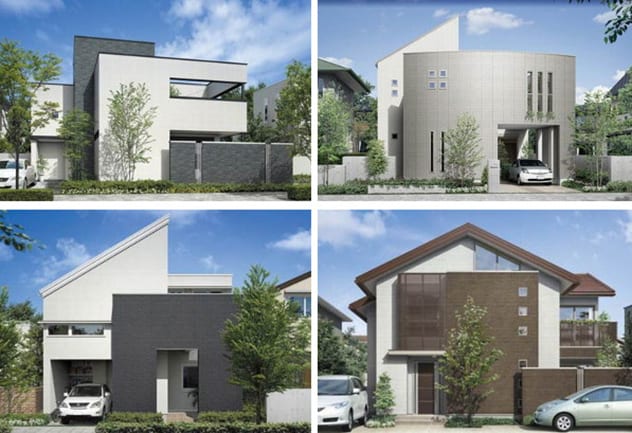 Toyota has been making prefabricated homes since 1975. It manufactured the homes under its Toyota Motor Corporation brand until 2004 when it was spun off to create the Toyota Housing Corporation. Like its cars, Toyota homes are very sturdy and can even withstand earthquakes. However, it is unlikely we will ever live in one since they are exclusive to Japan.

The homes do not come cheap though. They cost between $200,000 and $800,000 depending on what the buyer is getting. This made Toyota Housing Corporation set up a side business offering loans and other financial services to people interested in buying its homes. There are speculations that Toyota has sold over 250,000 homes since it got into the business.[8]

Peugeot is one carmaker that has always managed to escape our attention. The French automaker rarely makes the news. When they do, it is always about their cars and never about their peppermills. That is even though Peugeot has been making peppermills long before it started building cars.

The original Peugeot was a flourmill until 1810 when it divested into the manufacture of tools, clock parts, sewing machines and other steel products. The coffee mill and peppermill followed in the 1840s. The first car came much later.

Peugeot still makes peppermills today. Its peppermills are considered one of the best in the world and are said to last for a lifetime. Interestingly, many buyers do not realize their peppermill is the product of the Peugeot motor company. This is despite the fact that the peppermills and cars share the same name and logo.[9]

Despite what you think, Sony is not an electronics company. Sony is an insurance company that makes electronics by the side. Ok! In truth, Sony is a conglomerate with interests in several businesses including music, entertainment, insurance, banking and advertising. However, Sony makes most of its profits from insurance. 63% of its profits the last time we checked.

Sony’s electronics division, which is what made Sony a household name here in the west, is currently unprofitable. Yet, the multinational would rather lose hundreds of millions or even billions of dollars yearly than sell or shut down its electronics division. As its former CEO Kazuo Hirai once said “Electronics has a future. And it is in Sony’s DNA”. Sony electronics division hopes to make a comeback someday.[10]

For more lists like this, check out Top 10 Sneaky, Secret Tricks Companies Use To Make Us Spend More, and 10 Creepy Ways Companies Collect Data For Targeted Ads