The fourth of July has passed yet again with celebrations all over the United States. However, some people in other nations have nothing to celebrate. This list looks at 10 of the poorest, most impoverished nations on earth. There is not likely to be much dispute about the countries listed here being suited to this list, but do feel free to add any others you may think should be here to the comments. 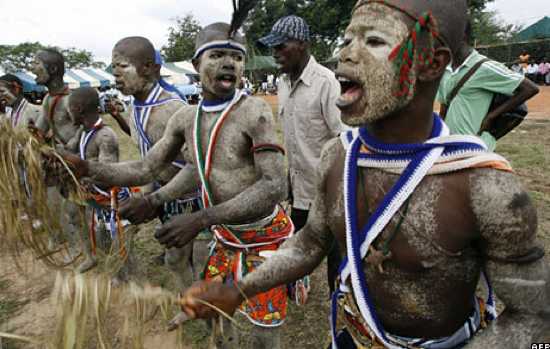 The Ivory Coast is recovering from violence which began when Alassane Ouattara, a presidential candidate, won the national election by a small, but internationally certified, margin. Laurent Gbagbo, the incumbent president, refused to step down, sparking a conflict which ended with at least 1,200 civilians dead. Because of the conflict, the economy ground to a halt. The conflict ended when Ouattara’s supporters stormed Gbagbo’s house, and took him captive. The Ivory Coast is now led by Ouattara, who must resolve these issues. 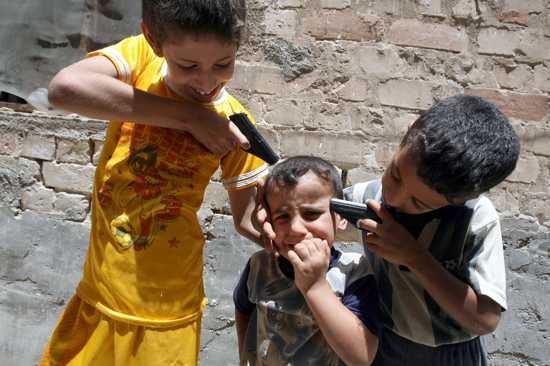 When the US invaded Iraq in 2003, we did not know that we would be there for so long. While the violence has calmed, 3 million people have fled Iraq to other states. 22.9%, of the population live in poverty, and the literacy rate is only 78%. 17.5% of the population is unemployed. Iraq is in danger of becoming an Iranian satellite once the troops leave the nation. 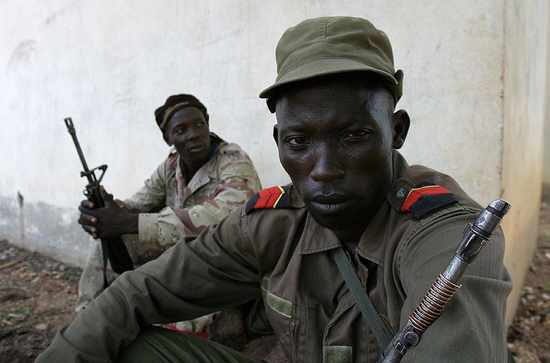 CAR has one of the lowest life expectancies in the world, and is flooded by refugees from Sudan, Chad and the DRC. CAR is recovering from a civil war which saw numerous tragedies, including 10,000 houses burnt, hundreds of civilians killed, and 212,000 people displaced. CAR is ranked as one of the least developed countries, and, ironically, CAR has four vehicles per 1000 person out of a population of 4,422,000 in 2008. You do the math. 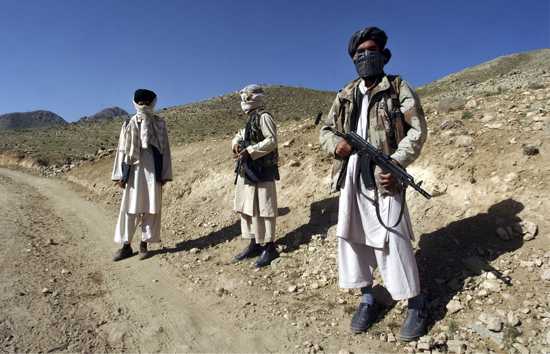 After we liberated the country from the Taliban, Afghanistan has fallen into chaos. Afghanistan is ruled by Hamid Karzai, a corrupt bureaucrat who seems unfit to rule a poverty-stricken nation like this. Abuses against women are common, and Afghanistan has the 8th largest infant mortality rate in the world. While we may be bringing troops home soon, it seems that the Taliban will be back once we leave. The life expectancy there is 44. Chances that the nation will improve over time are slim. 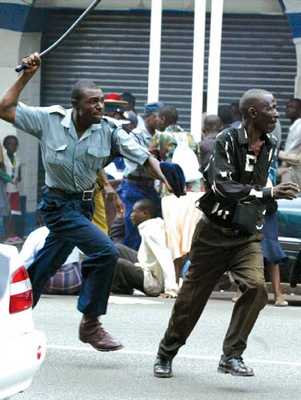 This South African nation is one of the poorest in the world, and also has one of the lowest life expectancies. The only thing keeping the ruling party in power is fear, and violence is very common. Zimbabwe has one of the highest HIV/AIDS adult prevalence rates, and AIDS claims 1,300,000 lives annually. While Robert Mugabe, dictator of Zimbabwe, lives in luxury, thousands of Zimbabweans starve. No wonder Zimbabwe is one of the worst dictatorships. 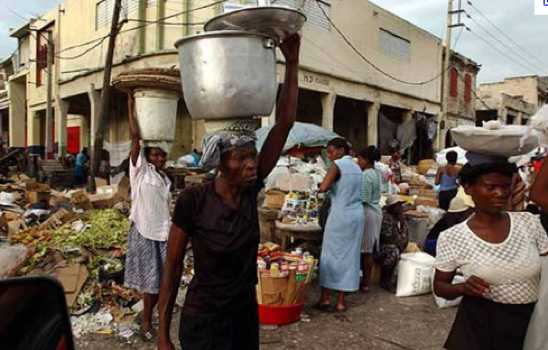 You probably heard of the earthquake in Haiti in 2010. Haiti, a near-dictatorship, was devastated by the earthquake, which killed thousands of civilians, including 20% of the country’s civil servants. International aid from other nations, including the USA, was slow to arrive. Hundreds of Haitians were displaced, and many fled. Although Haiti was already a failing state before the earthquake, the disaster shot Haiti up the list.

4
Democratic Republic of The Congo 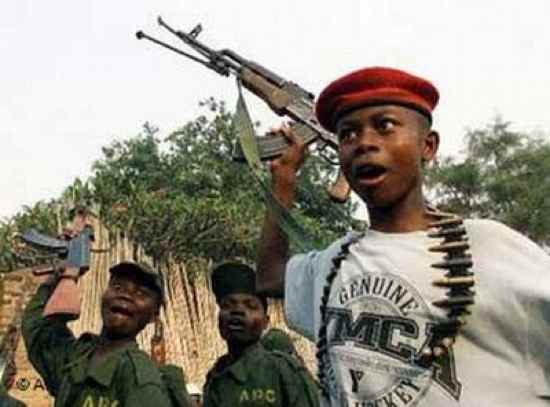 The DRC is most famously plagued by a rape epidemic. About 48 women are raped an hour, and in the east, armed militias terrorize villages. Formerly known as Zaire, the DRC is the world richest nation- in terms of resources. Instead, it is one of the poorest, most underdeveloped countries on earth. This potent combination of insecurity, impunity and existence on the edge has left more people dead over the last 12 years than any conflict since World War II. Human Rights Activists are murdered, often by policemen. You can blame many people for this; you can blame Mobutu, former dictator of Zaire, or the former colonizers of the DRC, or somebody else. Nevertheless, The DRC is one of the worst places to live. 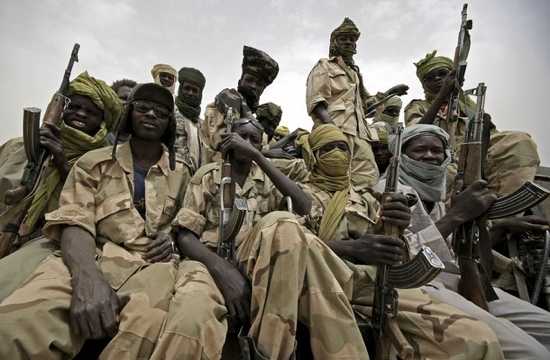 Sudan is currently the largest state in Africa, but that honor will go soon to Algeria, because after a civil war, South Sudan voted to secede from Sudan. Sudan is ruled by one of the worst dictators, genocidal Omar al-Bashir – well known for owning slaves. Fighting continues between Sudan and South Sudan, as they cannot agree on a border and both want the oil rich region of Abyei. Things look bleak for South Sudan, which has a budget of only 2.3 Million and is predicted to become a failed state itself. 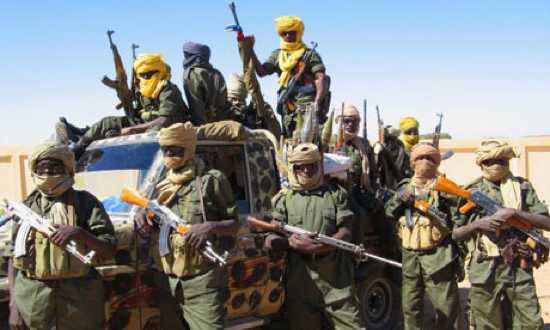 Idriss Deby is the “president” (dictator) of Chad and will be ruling for a quarter century by the time that another “election” comes, in 2016. Only 23% of Chadians have access to clean water, and while Chad has discovered oil, it has little improved the country. The life expectancy is about 49 years, and Chad is a victim of the AIDS epidemic in Africa. Nearly all of the budget of the nation go toward arms to ward off rebel groups. 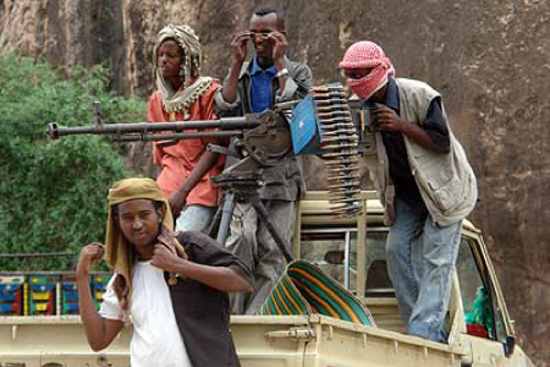 Who did you expect to be Number 1? Somalia, located at the tip of the Horn of Africa, is the closest real-life definition of an anarchy. Somalia is home to a number of Islamic Terrorist groups, and Al-Qaeda has gained a foothold there. The government has only a little area in Somalia, and is fighting to control the capital. 3 out of 10 Million People in Somalia need humanitarian assistance. Somalia is in such a bad shape that it cannot be considered a dictatorship or democracy, or even something in between.