Nobody will deny that twins are cool—except perhaps a fed-up twin. They’re adorable in their little matching outfits; and isn’t it funny watching them desperately search for ways to distinguish their own identity from that of their sibling? There are a lot of stories about twins that will amaze you, and we’ve selected ten of the most interesting for the list below: 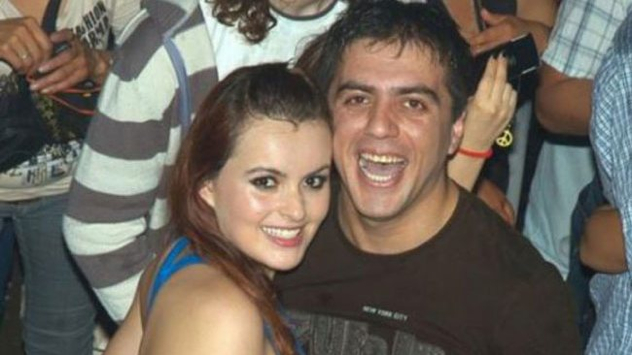 Twenty-two-year-old Edith Casas fell in love, and wanted to marry the man of her dreams. Unfortunately, in the eyes of the rest of her family, the man was a nightmare. Edith wanted to wed a man who was serving thirteen years in prison for the murder of her twin sister Johana, two years earlier. Victor, the alleged killer, had also had a sexual relationship with Johana, who was a model (pretty clear who got dumped in that relationship).

Victor was adamant that his relationship with Johana was “casual”, and that he really loved Edith. But her parents understandably intervened, and the courts postponed the wedding so that Edith could undergo mental evaluation, to clarify whether or not she was fit to make such a decision. She ended up marrying Victor on February 14, 2013, while he was still incarcerated for the murder of her twin. 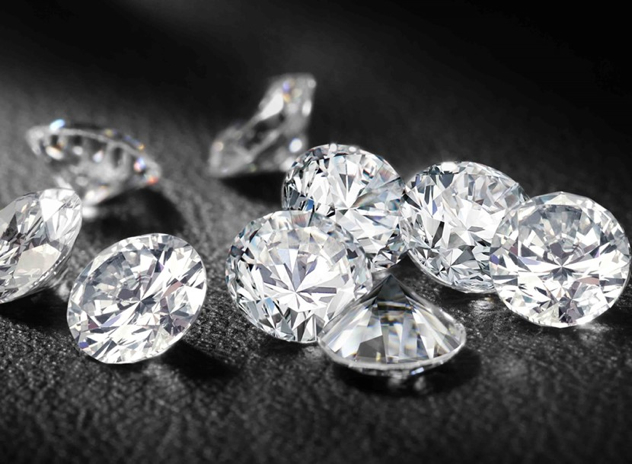 In 2009, a talented jewel thief made off with $6.8 million worth of jewelry, stolen from a luxury department store in Germany. Either Hassan O. or Abbas O. (no last names were given, as per German law) was the culprit, according to the DNA scan—but both men were released after the courts could not find out which one of the twins actually committed the crime. Similar results relating to rape have sometimes occurred, and one person even managed to escape a death sentence in Malaysia because of the safeguard offered by his twin.

8
Twins Lead Same Life After Being Separated At Birth 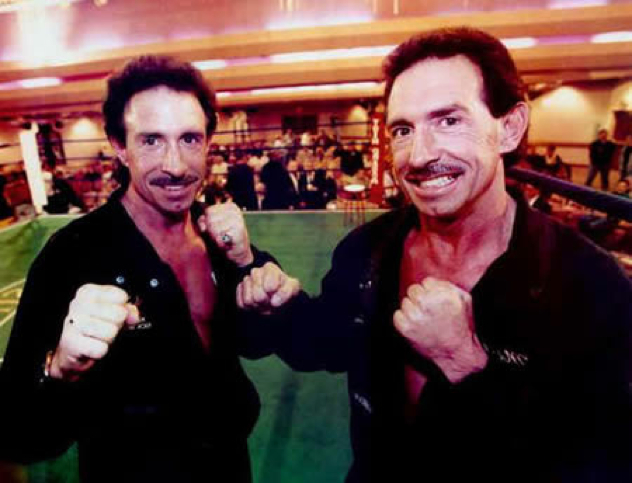 Jim Lewis and Jim Springer were separated at birth, when they were put up for adoption in 1940. They met for the first time when they were thirty-nine. It turns out that the name Jim was actually given to each of them independently, by their respective adoptive parents—and that’s only the beginning of the uncanny parallel.

Both men had married twice—first to women named Linda, and then to women named Betty. Both had childhood dogs named Toy. Their sons’ names were James Allen and James Alan. Both worked as sheriff’s deputies, drank the same beer, smoked the same cigarettes, and drove the same chevrolet. This story, unsurprisingly, is often used as evidence for telepathy. 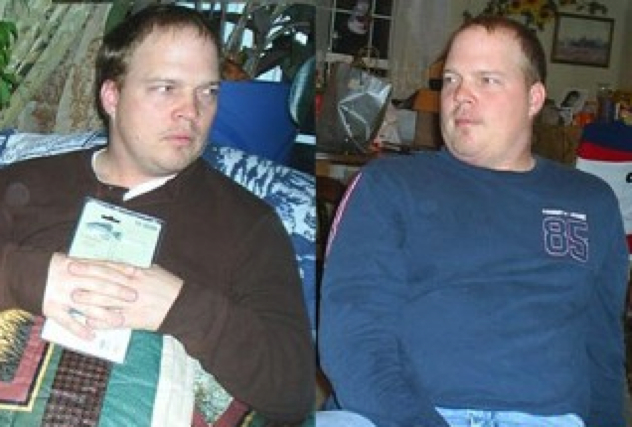 In 2004, Holly Marie Adams gave birth to a lovely, healthy baby girl. The birth certificate for the child lists Raymon Miller as the father, but he’s not content with this. DNA testing has been unable to prove that he—as opposed to his twin, Richard—is the real father.

This isn’t very much like the case of the jewel theft, which we’ve already covered. In that story, only one twin had done the deed—but in this one, Holly had in fact slept with both Richard and Raymon on the same day, without either of the twins knowing that she was sleeping with them both (there’s a word for someone like that, but I can’t quite think of it right now). Their DNA is more than ninety-nine percent identical, so there’s no way to prove which man is the father and which man is the uncle. 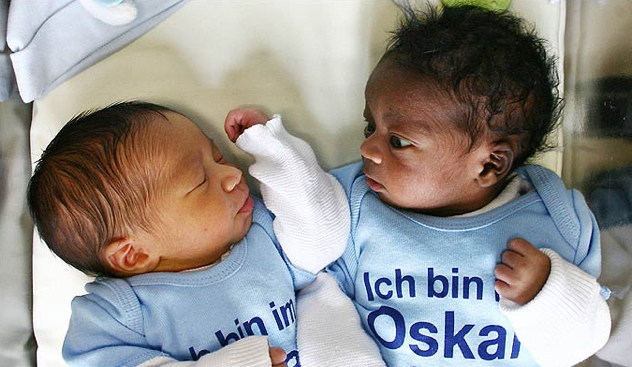 Ryan—born on July 11, 2005—has light skin and blue eyes, whereas his twin brother Leo has dark skin and brown eyes. The father of the two boys is a caucasian German man, while their mother is a dark-skinned woman from Ghana. This has actually happened multiple times: in 2005, twin girls of different races were born to an interracial couple. And in 2006, a mixed-race woman named Kerry Richardson gave birth to light-skinned twins—one of whom grew darker as she aged, and the other of whom grew lighter.

5
Twins Give Birth To Twins 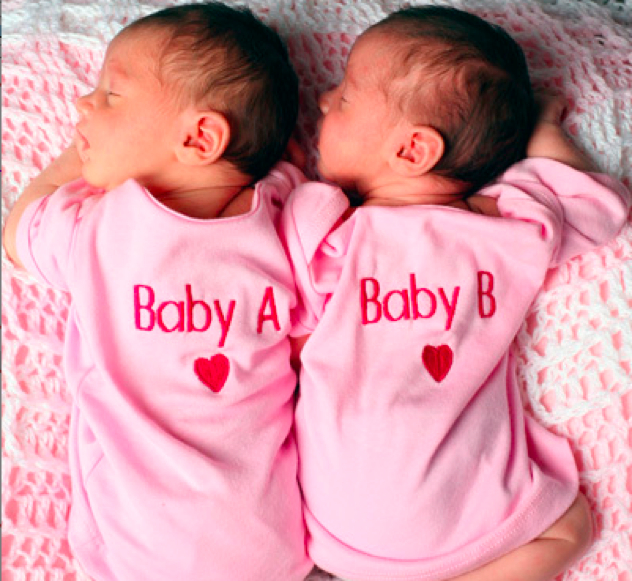 Ashlee Spinks and Andrea Springer are twin sisters. When they were twenty-one-years-old, they discovered that they were not only both pregnant at the same time, but had each been given the same due date, and were both expecting a set of twin boys (somehow this was only discovered when the women were already six months pregnant). The twins’ twins did end up being delivered on the same day—but on December 14, not January 1 as had been predicted. The women swear that they did not use fertility drugs, and that twins simply run in their family. 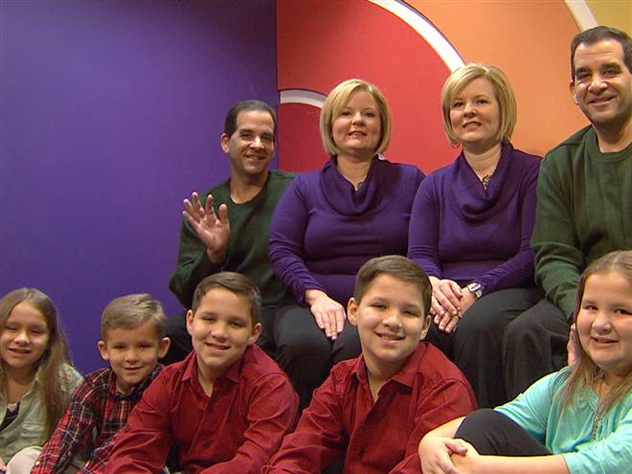 Diane and Darlene Nettemeier are twin sisters who took the cute matching-twins thing to the extreme. They married identical twins Craig and Mark Sanders, who proposed on the same day with rings of the same style; they wore the same dress at their double wedding; they bought houses next-door to one another; and they ended up giving birth on the same day.

3
A Different Kind of Twin Wedding

This is another “separated at birth, found each other in later life” story—but with a much less happy ending. The twins in this story, who can’t be named, were separated at birth and raised by different families. They met each other in later life, and felt an “inevitable attraction” to one another. They started a romantic relationship together, which eventually led to them getting married. Soon after their wedding, it came to light that they were in fact brother and sister, at which point the courts ruled their marriage invalid. 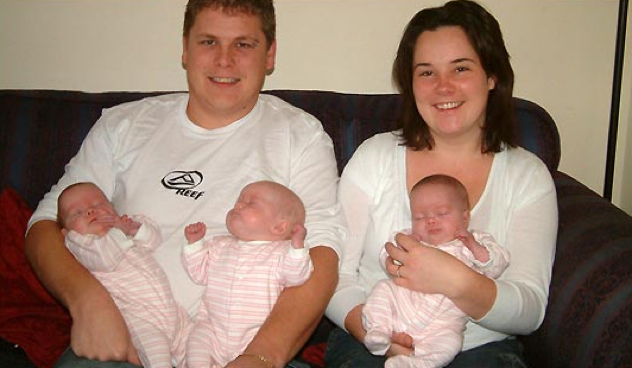 Hannah Kersey of Northam, England, was born with uterus didelphys, a malformation of the reproductive organs that resulted in her having two wombs. While this is known to affect one in three thousand women, the odds of giving birth to three healthy girls from two separate wombs are twenty-five million to one. But in December 2006, Hannah did exactly that.

Identical twins Ruby and Tilly were delivered from one womb, while their fraternal twin-sister Grace was delivered from the other. While simultaneous gestation of the two wombs in women with uterus didelphys can happen (at least seventy cases have been recorded so far), Kersey’s triplet birth was a medical first. 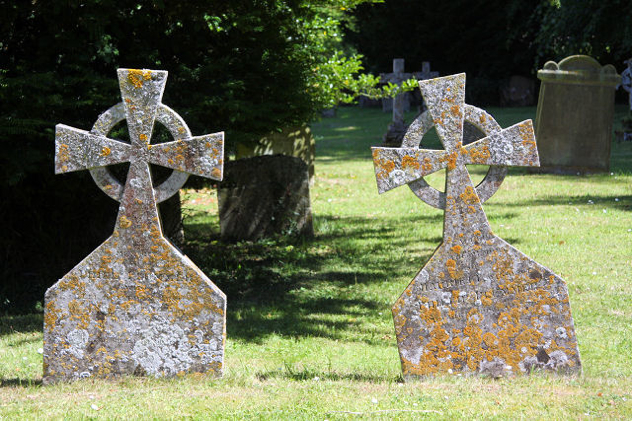 In 2002, a pair of seventy-three-year-old twins were killed on a road in Finland. There’s nothing unusual at all about that at a first glance, until you find out that they were killed separately, within two hours of each other. The first of the twins was hit by a lorry and killed while he was cycling along the road. Two hours later, his brother died in exactly same way. To make matters even more odd, police had not yet informed the second twin of his brother’s death (which means that he wasn’t merely trying to follow him to the grave).