The natural world is a wild place; both ancient and ever evolving, there are no shortage of weird stories. For all we know about animals, we are constantly surprised by their ability to adapt and survive despite the costs. Even our house pets, subject to thousands of years of domestication, can harbor dark sides we’d rather not think about. Below are ten strange animal tales; from flying crocodiles to giant rats to a sexual predator of the sea. 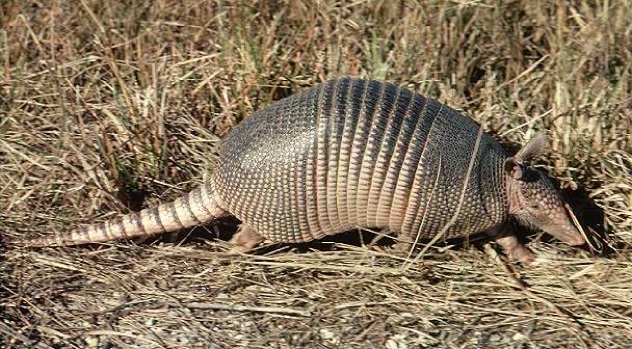 Leprosy is a horrible, disfiguring disease largely confined to more ancient times. It is extremely rare in the United States, with just 150-250 yearly cases reported, mostly amongst those who have traveled to third world countries. But there is another bizarre vector for leprosy: the armadillo. The elusive, armored creature is native to the American south, where it is most likely to be seen as roadkill. But even in this age of fast food and frozen pizza, some people still eat armadillos, mostly in Louisiana and Texas. They’re taking their lives in their hands. While leprosy is treatable if caught early, often the damage is done before symptoms manifest. Humans and armadillos are the only two animals in the world that are known to have the disease. 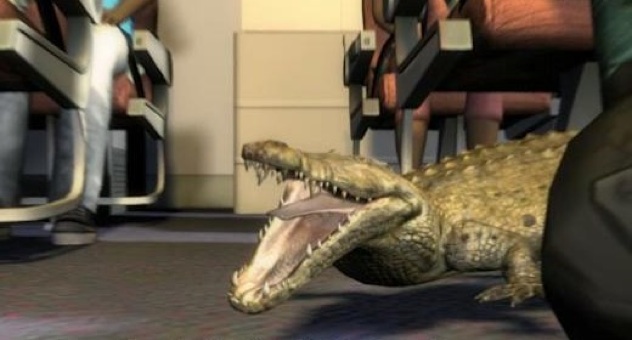 Crocodiles are some of the most fearsome creatures on the planet, responsible for many human deaths throughout the world. They are even formidable enough to feast on adult lions who wander too close to the water’s edge. But few could ever imagine such a beast terrorizing them while flying in a plane thousands of feet from the earth’s surface. Unfortunately, that is exactly what happened in 2010 on a flight in the Democratic Republic of the Congo.

The small passenger plane was flying its customary route between the capital city of Kinsasha and the Bandundu airport when the crocodile, which was being smuggled inside a passenger’s bag, broke loose. The stewardess fled toward the safety of the cockpit, with the passengers in tow. The commotion caused a catastrophic load imbalance on the plane that the pilots were unable to correct. The aircraft crashed into a house, killing the crew and 19 passengers. The crocodile survived. It was killed later with a machete blow to the head. 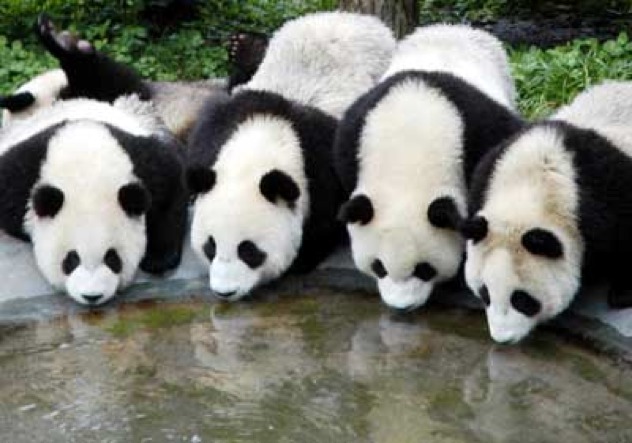 There are few creatures on the planet as cute as the Giant panda. But you may have noticed that your local zoo doesn’t have any, and for good reason. The critically endangered panda is native only to a tiny section of China. They do not breed well in captivity, and there are only a couple hundred in zoos, with another 1,500–3,000 potentially living in the wild. All of the pandas in the world currently belong to China. Years ago, the country exercised what was called “panda diplomacy”, giving pandas as gifts to powerful allies such as the United States and Great Britain as a sign of good faith. Since 1984, however, the Chinese government will only lease the animals, at a cost of up to a million dollars a year. This fee, along with the enormous cost of maintaining the panda’s diet (it costs about five times more to feed a panda than it does an elephant) make it almost impossible for all but the largest and most profitable zoos to keep them.

Although it lacks some of the high speed excitement found at the Kentucky Derby, camel racing has been popular in the Middle East for hundreds of years. In the past, jockeys were typically children (some barely more than toddlers), whose light weight allowed the camels to run faster. Today, robot jockeys are taking over. The robots are remote controlled; in one arm, they hold a whips, and the other controls the reins. Unfortunately, it has been reported that some racers use more devious methods to spur on their camels, such as electric shocks. 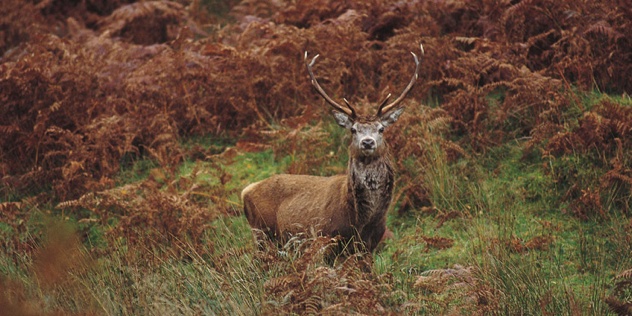 The Isle of Rum, off the west coast of Scotland, is home to only about 20 people. And some bloodthirsty deer. The diet of the Scottish Red Deer is the stuff of nightmares; they dine on the heads and limbs of baby seabirds. For some time, it was a mystery what was mutilating the Manx shearwater chicks of Rum, until the deer were observed chewing on them. It is believed this chilling adaptation has been adopted by the deer to make up for a mineral deficiency in their diet, the bones of the birds likely giving them some desperately needed calcium. The phenomenon remains under investigation. 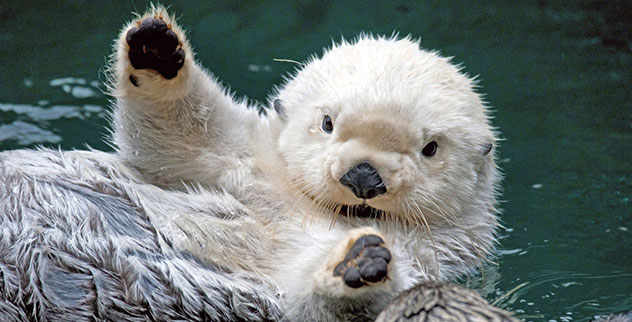 The sea otter is another adorable creature, known to bob on its back in the ocean, clutching the hands of family members to keep them from floating away. They prey primarily on shellfish, using rocks to break them open. But like many animals, the sea otter has a dark side. The males have been known to confront baby harbor seals and attack them—biting into their faces, drowning them, and raping the bodies. Indeed, the otter mating ritual is amongst the most brutal in the animal kingdom, with many female losing their lives each year. 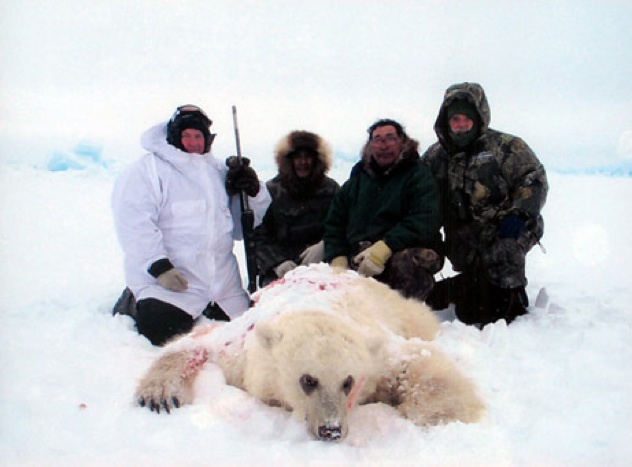 Global warming is a very real concern, with some environmentalists pointing toward some obviously imminent ecological disasters. Some effects are more unpredictable, such as the recent appearance of ‘grolar bears’ in the wild. In years past, the climate kept polar bears and brown bears somewhat separated; the polar bears kept far north, where they could hunt for seals from ice floes, while brown bears remained further south. But as winters have become markedly shorter and less cold, the polar bears are forced further and further from their original habitat in the pursuit of food. This has caused them to come into contact with brown bears, and actually mate. Scientists have asserted that these aren’t “chance encounters”, as both varieties of bear have an extended courtship ritual. In 2006, the first known wild grolar bear was shot in the Canadian Arctic. It is very difficult to determine how many such beasts might exist, but the continuing trend toward rising temperatures indicates many more will soon be born. 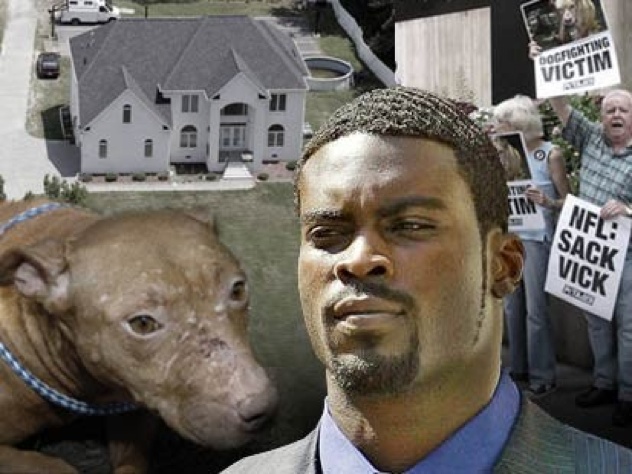 In 2007, NFL quarterback Michael Vick’s Bad Newz Kenels were raided, and dozens of pit bull terrier fighting dogs were seized. Evidence of incredible cruelty too depressing to recount was found on the scene. Both PETA and the Humane Society campaigned to have the dogs put to sleep. A public outpouring of support saved them, and a curious thing happened: when the killer Vick dogs were approached, most of them were found to be incredibly friendly. As their breed standard described, fighting dogs loved people. Of the 51 dogs rescued from Vick’s kennel, only 1 was destroyed for being too aggressive. Several are kept at sanctuaries or with experienced handlers to work through behavior issues, mostly fear due to minimal socialization. But then there are the success stories; six have earned Canine Good Citizen Awares, and some are even therapy dogs that visit cancer patients and help children practice their reading skills. Sadly enough, once Vick’s probation expired, he was able to get another dog. 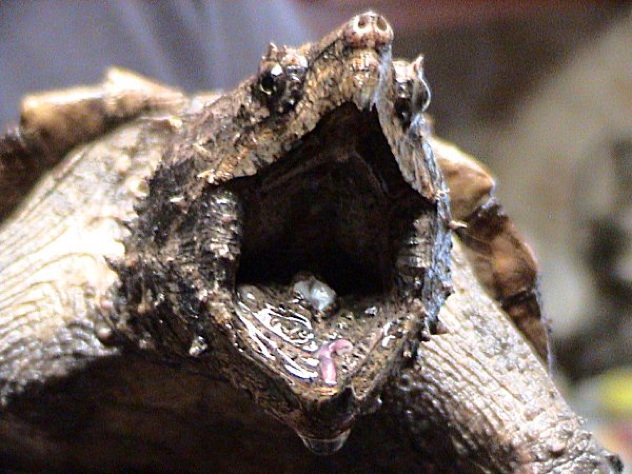 India’s Ganges River is sacred to those of the Hindu faith, with worshippers often bathing in its purifying waters. The problem is, the Ganges is actually one of the most foul and disgusting rivers in the world. In addition to industrial pollutants, it is used to dump human corpses as somewhat of a portal to heaven. Although the bodies are supposed to be burned, often the families do not have the means to properly cremate their loved ones, and partially burned carcasses are a common sight along the river’s banks. Each year, thousands of carnivorous turtles are released in the Ganges to help combat the problem. The turtles are born in captivity, and for their first year, they are fed a diet of nothing but dead flesh. This keeps them from attacking live bathers and only going after the bodies. It is estimated that a full grown turtle eats about a pound of meat a day. 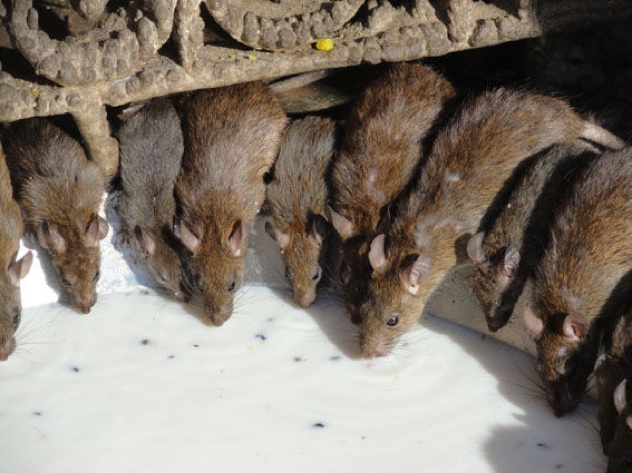 Nearly every big city in the world has its issue with rats, but the monsters that run the streets of Tehran are another thing entirely. The city is under siege from enormous sewer rats, some of which weigh over ten pounds. According to city council environment adviser Ismail Kahram, the rats are the result of a genetic mutation stemming from exposure to radiation. He said, “They are now bigger and look different. These are changes that normally take millions of years of evolution. They have jumped from 60 grams to five kilos, and cats are now smaller than them,” Some experts disagree, but no concise explanation has been given to just where the monster rats came from. The Iranian government has grown so desperate for a solution that they have employed snipers to roam the streets at night, picking off the giant vermin.

Mike Devlin is as aspiring novelist. He loves animals, especially the delicious ones.