There are many weird but interesting facts that you might not know about France. Some are cool, some are disgusting, and others are just downright unbelievable. Then there are the facts that will make you cringe.

Whatever the case, one thing they all have in common is that they are just plain weird—every one of them. Some of these facts might come as a sort of culture shock to non-French citizens if they ever get to experience any of them firsthand, like legally getting marrying the dead or engaging in mortgage or insurance schemes that only become profitable after the death of some other party involved in the deal.

10 You Can Legally Marry A Dead Person 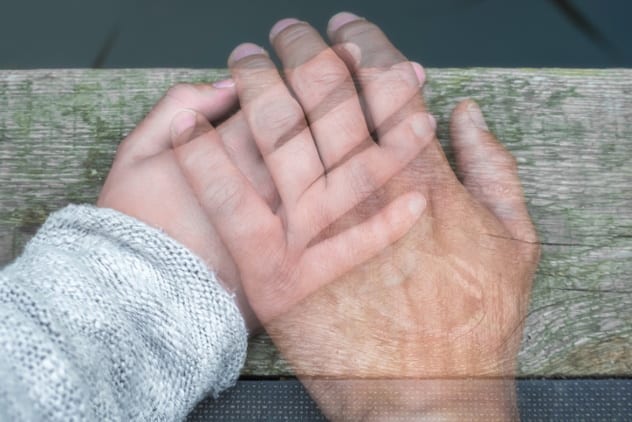 Apparently, the phrase “till death do us part” doesn’t always apply to the French, who can legally marry dead people. Necrogamy, marriage between the living and the dead, has been legal in France since the 19th century, but it wasn’t until World War I that it became prominent.

At the time, most of the marriages involved women marrying their late boyfriends killed on the front. The marriages were necessary to ensure that the children of the late soldiers would be legitimate heirs of their fathers.

However, the current necrogamy law first appeared in 1959, when 423 people died after the Malpasset Dam failed. Irene Jodar, the fiancee to one of the victims, Andre Capra, wrote to President de Gaulle, requesting to marry her dead fiance. President de Gaulle agreed.

There are strict conditions guarding necrogamous marriages, though. First, the couple must have been making marriage preparations before one of them died. The living partner must also have a good reason for wanting the marriage. When the dead partner is male, it is often because the living partner is pregnant.

Even when the marriage has gone through, the living partner cannot inherit the properties of the dead person or receive any form of settlement. However, they can receive the pension or life insurance of the dead. Women can also take the last name of dead men they’ve married. The date of the marriage is also listed as they day before the partner died.[1] 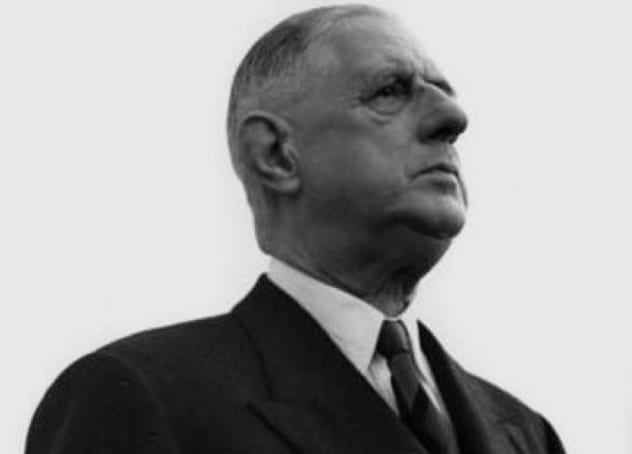 The French government is concerned that English is eroding French. In fact, in 1966, President Charles de Gaulle banned any new English word from entering the French vocabulary. He also created the Commission d’enrichissement de la langue francaise to find French alternatives for every new English word likely to creep into French.

The commission has been highly successful. It replaced “e-mail” with courriel, “dark web” with internet clandestine, and “Walkman” with baladeur. It also replaced “fake news” with infox and “hashtag” with mot-diese.

However, there’s always some failure amid successes. The commission has been unsuccessful in finding the perfect French word to replace “smartphone.” They first tried ordiphone, but it was quickly rejected by speakers. Terminal de poche was rejected, too. These days, they just call it mobile multifunction.[2] 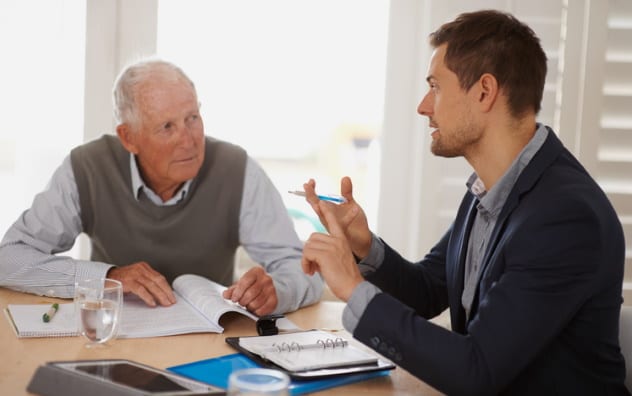 Forget mortgage; the French use the viager system—which many might consider a marriage between gambling and mortgage. The viager system is almost like your regular mortgage, except that you only own the house when the homeowner is dead. Here is a basic rundown of how it works:

An aspiring homeowner we’ll call the “buyer” makes an up-front payment to a homeowner (the seller), depending on the value of the home. The buyer continues making smaller payments to the seller every month until the seller dies. The buyer then takes over the property at this point.

The deal is a gamble, considering that it is impossible to predict when a person will die. Buyers often discreetly look for signs of ill health in the homeowner before agreeing to a deal. This includes observing their mannerisms and checking out their bathroom to confirm if they are on medication.

Some clever sellers have caught on and often put up a facade of malaise when an aspiring buyer comes over to inspect the house. They cover their legs with a cloth and sit on their couches throughout the meeting. They also avoid making any movements that could indicate they might live longer than the aspiring buyer thinks.

The system is not always a win for the buyer, who could lose the home if they stop making monthly payments. The sellers are not required to return previous payments and can even put the house on viager again.

Things can become tricky when the buyer dies first, which sometimes happens. The sellers are often widows and widowers hoping to make some extra cash to get by. The children of the buyer are required to continue making the monthly payments if dies and could lose the home if they do not pay.

One notorious case involved Jeanne Calment entering into a viager agreement with her lawyer, Andre-Francois Raffray, in 1965. Calment was 90 years old at the time, making Raffray—who was around 45—think he had found a good deal. Raffray paid a lump sum up front and 2,500 francs (around $500) per month thereafter.

Calment went on to live for 32 years until she was 122, making her the still-current record-holder for the longest a person has lived. Raffray died in 1995. His wife started making monthly payments to Calment until she died two years later. The deal was a terrible one at the time because Raffray and his widow had paid over two times the value of the house.[3]

7 The Tontine Is The Ultimate Life Insurance 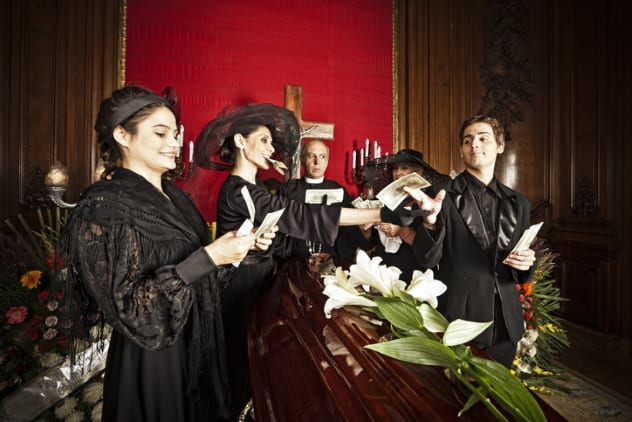 However, the tontine system really kicks in when one of the insured dies. His interest is not stopped but split among other members of the group. This continues until there is only one person left. That person receives the interest belonging to everyone in the group. The government takes whatever is left after the death of the last person.

The tontine was the brainchild of Italian Lorenzo de Tonti, who proposed it to French king Louis XIV in the 17th century. It quickly became common among French kings, who used it to borrow money to fund their numerous wars.

Interestingly, tontines were common in the US in the 19th century. By 1905, there were nine million tontines, even though there were only 18 million families in the US at the time. Some 7.5 percent of the US population also depended on them as a major source of income. However, tontines declined in the US as the 20th century progressed.[4] 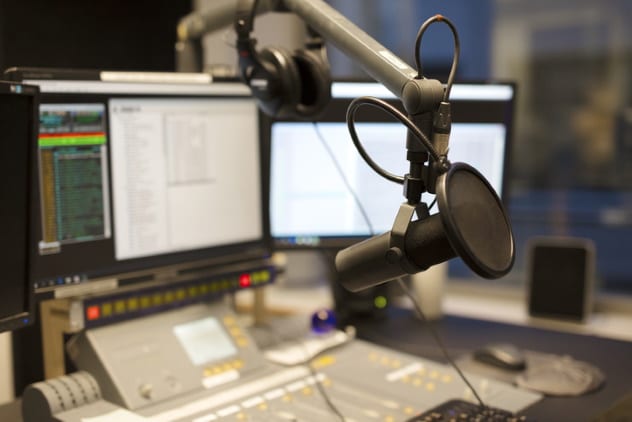 The French government does not think English words are the only belligerents involved in the war against the French language. They have fingered English-language music as another notable adversary. In 1994, the government decreed that 40 percent of songs played on radio stations must be performed by French artists in the French language.

As the years went on, this created a weird scenario where radio stations just continued playing the same song over and over to meet their local content quotas. Just ten songs were played 75 percent of the time. This was partly because there weren’t enough French songs and musicians to begin with. Many French artists were also singing in English.

5 Drivers Are Technically Required To Have Breathalyzers 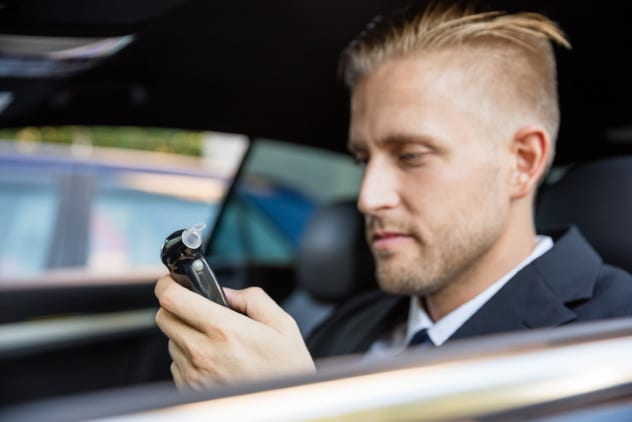 France has tried a weird way of fighting drunk driving. Instead of having cops hidden at some corner waiting for drunk drivers to speed by, it just ordered car owners to have breathalyzers in their cars. The idea is to encourage drivers to test themselves to confirm if they are too drunk to drive.

The law was controversial at the time it was passed in 2012. For a start, Daniel Orgeval, the president of I-Test, the anti-drunk driving group that lobbied for the passage of the law, worked at Contralco, one of only two businesses in France that made breathalyzers to the required standards. Orgeval only formed the group eight months before the law was passed.

Citizens believe the law was only passed to promote the sales of breathalyzers and not for safety reasons, as Orgeval and the government claimed. However, Orgeval saw no problem in this. According to him, the law was still satisfactory since it was providing jobs for French businesses.[6] The government suspended the law in early 2013 but reintroduced it later that year. Currently, however, there is no actual fine or penalty of any sort for not having a breathalyzer.


4 Drivers Cannot Use Phones, Even When Parked 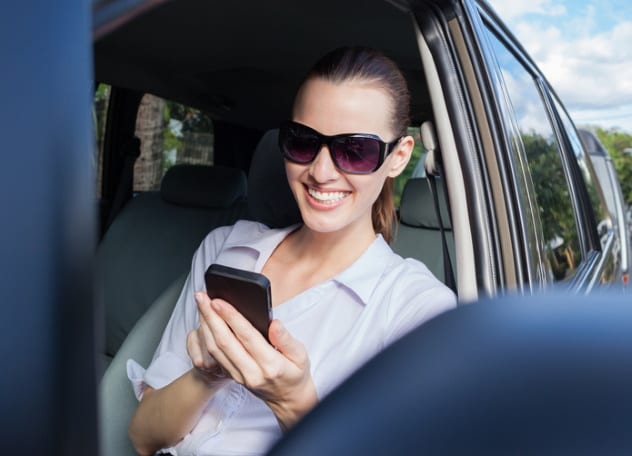 In the United States, state laws determine how drivers use their phones while driving. However, most states agree that drivers need to pull over or use some sort of hands-free tech in order to make phone calls. In France, the government does not think so.

Anything else, and they will be charged for using their phones while driving. The punishment is three points on their records and a fine of €135 ($167).[7] 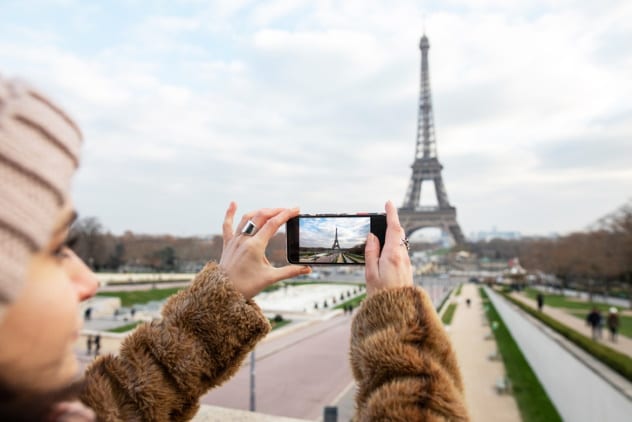 Have you ever seen a photo of the Eiffel Tower at night? There aren’t as many such pictures as you might think. That’s because it’s technically illegal to take photos of the tower at night. The lighting on the Eiffel tower is considered a copyrighted artwork, making it illegal to snap or share without permission.

The law is based on the European Union copyright law, which protects original artworks for the lifetime of their creators and another 70 years after they are dead. The Eiffel Tower was built by Gustave Eiffel, who passed away in 1923. It only became legal to take pictures of the tower in 1993. However, nighttime pictures remain illegal because the lighting was only added in 1985.[8] 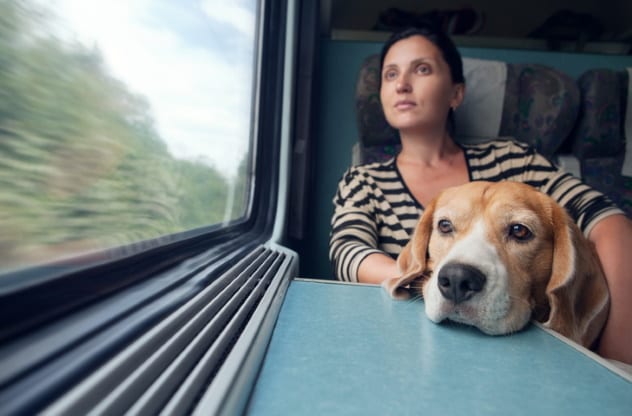 Animals require tickets to travel on French trains. According to Societe Nationale des Chemins de Fer francais (SNCF), the state operator of French railways, passengers are currently required to pay €7 for animals that weigh below 6 kilograms (13.2 lb). Tickets for animals over 6 kilograms are half the price of a second-class ticket. Only guide dogs can travel on trains free of charge.[9]

The law once caused problems for a rider who was traveling with some snails without tickets. The ticket checker informed him that he was required to buy a €5.10 ticket for the snails, which he did. The incident made the news at the time, and for some reason, SNCF later refunded the money.

1 The Government Issues Awards To Families That Successfully Raise Children 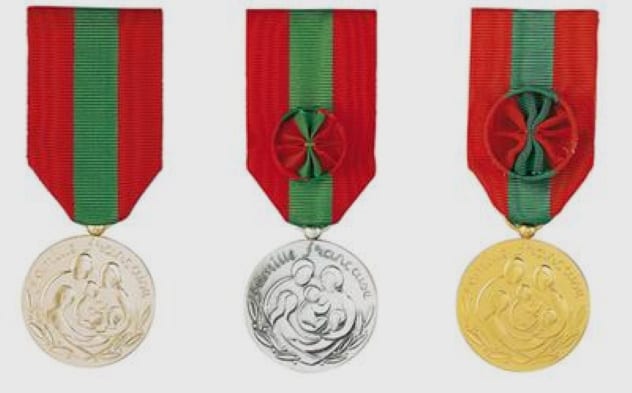 On May 26, 1920, the French government introduced the Medaille d’honneur de la famille francaise, a medal issued to women who single-handedly and successfully raised at least four children alone. The award was created to recognize women whose children were left fatherless after their spouses died in World War I.

One of the first men to receive the award was the Catholic priest Pere Mayotte, even though he could not be considered a widower. Mayotte had adopted and raised six children after the death of their mother, a widow who was his housekeeper. Today, the medal has been renamed La Medaille de la Famille, and only the bronze version is issued.[10]