Mythology is filled to the brim with monsters, and monsters have been a part of human culture since our earliest days. Alas, nowadays we have vampires that sparkle and emotionally conflicted were-beings. The days of the ancients and our ancestors, however, probably produced some of the most terrifying monsters. And so, dear reader, here are ten monsters from the ancient myths you do not want to meet. 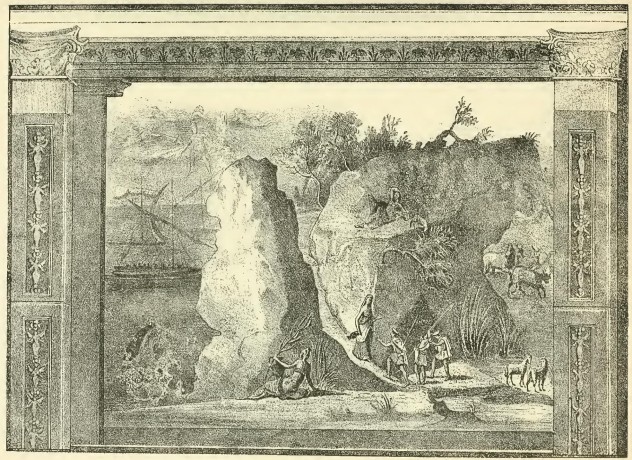 If you’ve ever read Homer’s Odyssey, you know these disturbing brutes. To those of you who haven’t, I’ll just sum these things up in three words. Unfriendly. Cannibal. Giants. Not something you want to meet in a dark alley.

The Laestrygonians were said to have lived on the island of Lamos, in a city called Telepylos. When the hero Odysseus arrives on Lamos, he finds his fleet bombarded by boulders, and when he actually makes it to harbor, his three scouts get eaten while exploring the city. When they try to escape—you guessed it—they get rocks thrown at their ships. Oh, and some of the men get spears plunged through them. Hard to say which fate is worse… 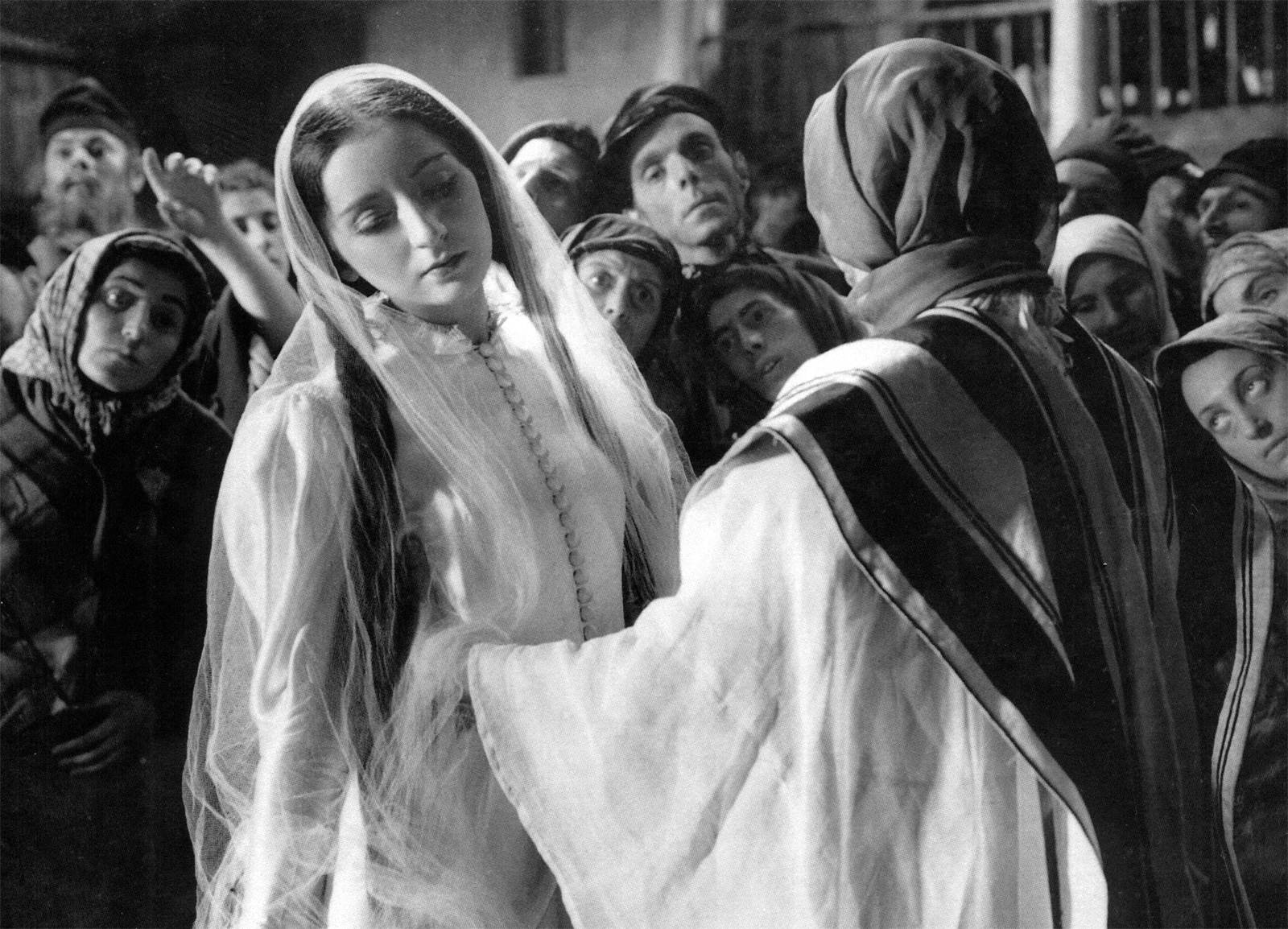 The dybbuk is the Jewish version of a demon in its mythos. If you think a run-of-the-mill demon is bad, the dybbuk is much worse. The creature latches itself onto the souls of good, honest people and causes destruction and mayhem wherever it goes.

The thing itself is a broken soul desperately trying to find something to support itself. But the creature never quite knows what is going on and can only cause pandemonium. Unlike other monsters on this list, it doesn’t quite have a physical form, which may only make you even sorrier for the poor thing. Well, as sorry as you can be for a broken soul thrashing people around from within. 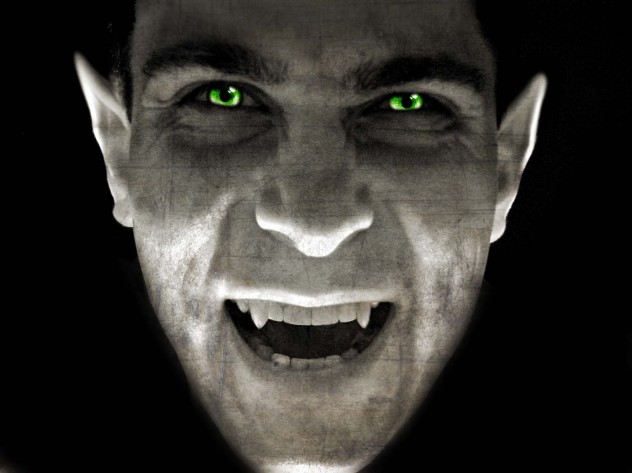 In a century where centuries-old vampires have teenage angst and bloodlust in the mix of all their problems, it’s nice to have a refreshing change to the vampire family – the Nachzehrer. Some kind of bizarre mix of ghoul and vampire, the Nachzehrer is a soul-sucking monster that is native to the northern regions of Germany (yet another place to cross of your travel list) who rises from the grave to devour his or her own kin.

The Nachzehrer can also kill you by ringing church bells that bring death to all who hear them and by making you come in contact with its shadow. Now that sounds more frightening than glittering teenagers.

The days of the ancients were littered with numerous epics–great poems and stories about mighty heroes and kings. One such epic was the Epic of Gilgamesh, and it was about a monster that tore through cities, killed thousands, and was only stopped when Gilgamesh and the wild man Enkidu came to the city.

You see, that monster was Gugalanna, a god we now know as the astrological sign “Taurus”. Why did it tear through cities and kill thousands? Gilgamesh, the great king, refused the advances of the god Inanna, so she sent the monstrous god to kill him. With myths, the reasons behind actions can be surprisingly simple. If you’re interested, read this. 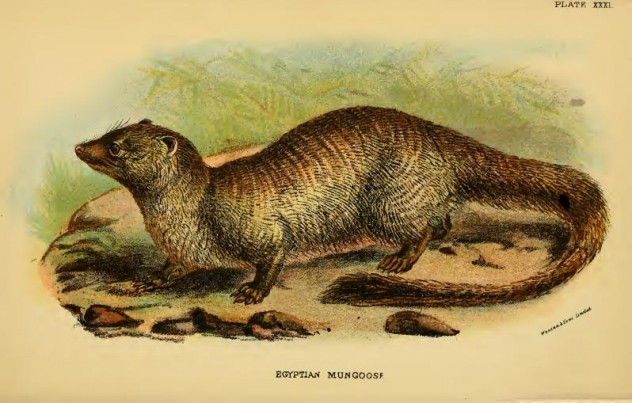 Although the mongoose isn’t technically a monster (unless you mess with the thing), it’s mythological counterpart isn’t all fuzzy and cute. The Ichneumon was said to be the only true enemy of the dragon, a creature whose sly and cleverness matched the fierce power and anger of Europe’s most famous monster.

So how did the Ichneumon defeat the dragon, whose very reputation conjures up pictures of fair maidens and burning villages and hordes of gold? Why, it crawls inside of it of course! Wait, what? The Ichneumon would cover itself in mud, and (depending on which Medieval source you read) it would crawl inside of the dragon (or some unlucky crocodile) through the nostrils and burrow from the inside out. Not exactly dramatic, but effective! 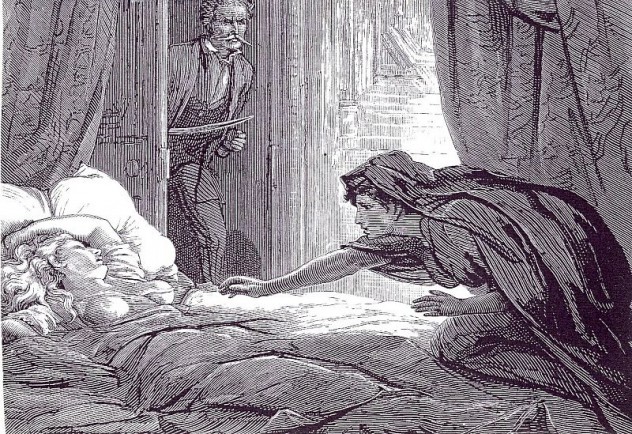 Romania is well known for its vampires, especially the infamous Count Dracula, but it also contains a myth of what is possibly the granddaddy of vampire stories—the Strigoi. Name runs a shiver down your spine, doesn’t it?

The Strigoi is a troubled soul from beyond the grave, and he is ready to devour your blood and roam the Earth once more. He can also become invisible and transform into the shape of an animal. A creature of demonic lineage, the Strigoi is so feared in the country that there are still cases of graves being dug up to eliminate the vampiric menace. 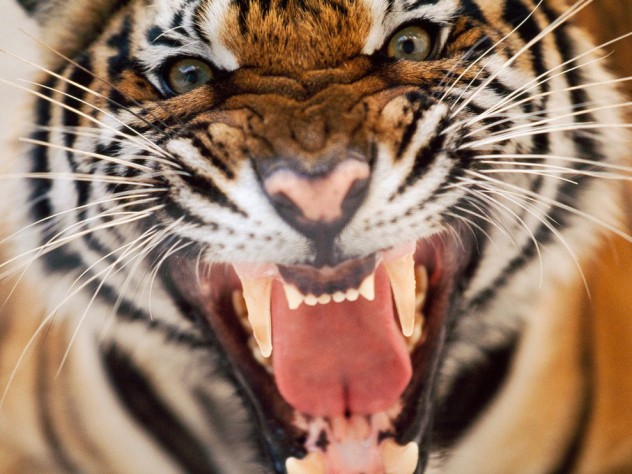 Sure, we’ve all heard of the werewolf, but the were-tiger sounds much more interesting, doesn’t it? The story goes that to become a were-tiger, one must suffer from a unique curse passed down from generation to generation—or you just really need to piss of an ancient spirit.

Other myths talk about how every other race aside from the Chinese were really animals who had forgotten who they were in the mists of time, and that the tigers were one of them. Another myth says to become a were-tiger from beyond the grave, you had to have been killed by a tiger. No matter what, this is not something you want to run into if you get lost in a Chinese jungle. 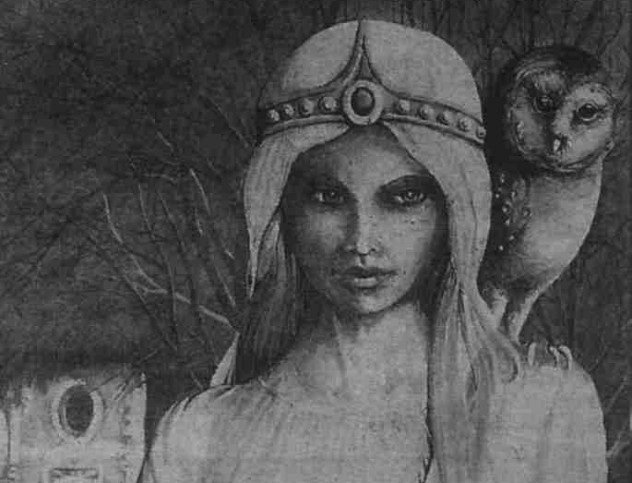 Though not technically a monster, the Dames Blanches, or White Ladies, weren’t the friendliest women on the bridge. Literally. They are beautiful women in white who meet young, strapping gentlemen who attempt to cross bridges. If one crosses her bridge, she will ask her to dance with him. If the gentleman accepts, she lets him pass with a smile and the courtesy of never seeing her bad side.

If he refuses, she may throw him off the bridge or get goblins, owls, cats and the like to torture him for a good while. Talk about rejection… 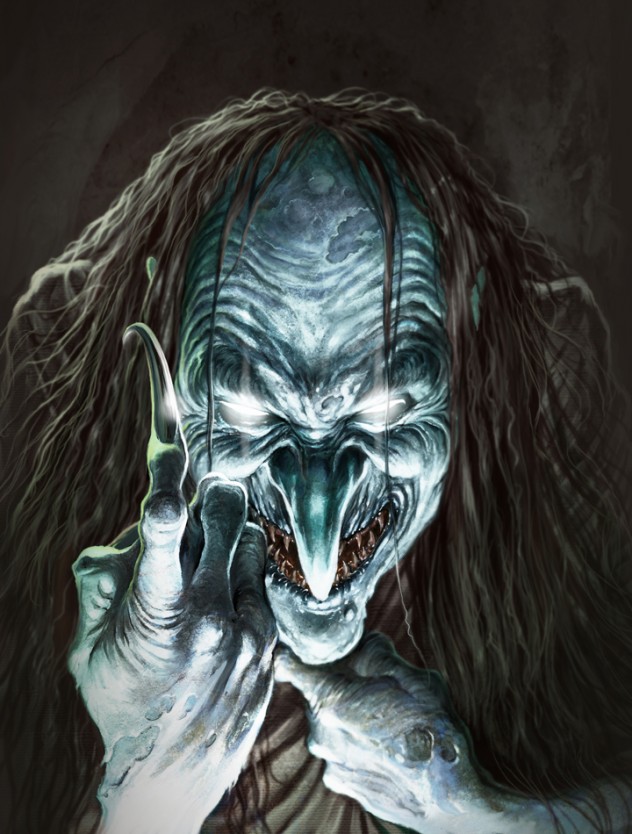 Another witch, Black Annis is the British equivalent of the Russian With Baba Yaga. A malevolent being with blue skin, she roamed the countryside of Leicestershire, England (not the scariest-sounding place in the world, but when you’re a monstrous witch, you have little options) and enjoyed meals of lambs and children. If she caught a child, she would tan its skin and wear it around her waist.

Her home was a cave she carved with her iron claws known as Black Annis’s Bower, and parents would get children to behave by claiming Black Annis would come and get them if they were naughty. I guess sitting in the corner for an hour didn’t work for 19th-century children? 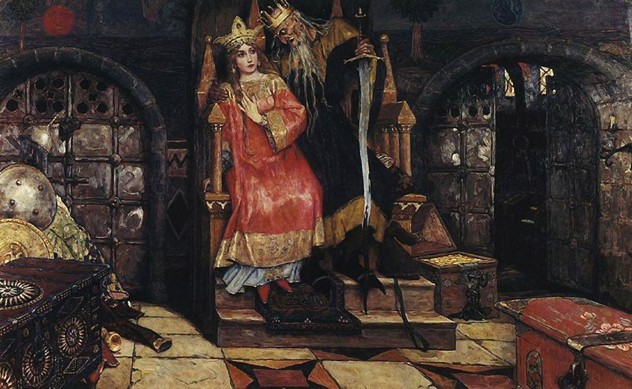 Here we go—the number one monster you do not want to meet. Koschei the Deathless is the classic mythological villain, the guy who goes and steals the hero’s wife, tries to woo her but ultimately cannot because he had forgotten he was a kidnapper, a sadist and quite hideous. Since he cannot die, nobody can beat him… right?

Well, there is a single way to kill him: you must destroy his soul. Unfortunately for you, he’s hidden his soul away in the form of a needle. And the needle is inside of an egg, which is inside of a duck, which in turn is inside of a hare. The hare itself is hidden inside of an iron box, which is buried under an oak tree, which is on the mythical island of Buyan, home of the three winds. Not exactly a trip to grocery store if you ask me.

Vlad Vekshtein is an eccentric writer and sci-fi geek desperately trying to churn out his first novel. He prays these monsters stay mythological in every sense of the word.