Within the last decade or so, 3-D has experienced a resurgence that couldn’t possibly have been predicted during its last go-round in the ’80s. Then, as with its first boom in the ’50s, it was seen largely as a novelty, and the films that employed it largely as vehicles for various things to appear to fly at the audience’s face.

For better or worse, the technology continues to improve, and appears to be here to stay. But this time, it’s brought with it a host of unintended side effects that we didn’t see coming—no pun intended. 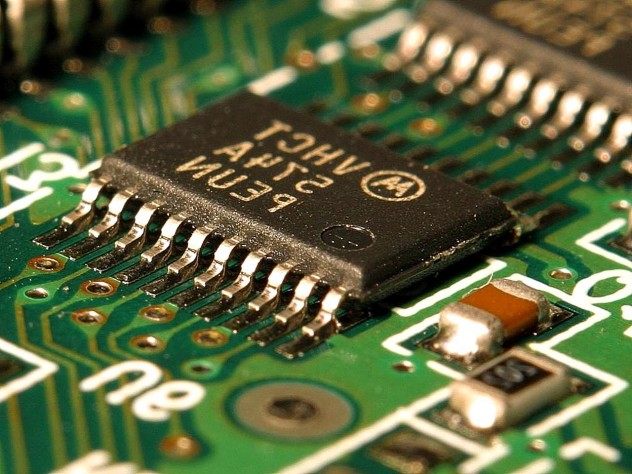 One of the biggest differences between the 3-D boom of the ’80s and the current one is the state of technology. Specifically, 3-D-rendering software and digital image-capture techniques are lightyears ahead of where they were 30 years ago.

Then, there were only a couple different ways to make things fly out of the screen at your face; today, several companies have sprung up offering competing technologies, each trying to outdo the other in terms of realism, comfort, and depth. And they’re not letting up.

While Real D is currently dominant, upstarts like 3ality and Pace (which produces the Fusion cameras used for Avatar) are angling to make things fly at your face in the near future (and provide awesome, rich landscapes and detailed renderings and so forth). We’ll give the face stuff a rest—we have to admit the technology has gotten pretty freaking awesome. Which is why, for the first time . . .

9It Created A New Price Point For Movies 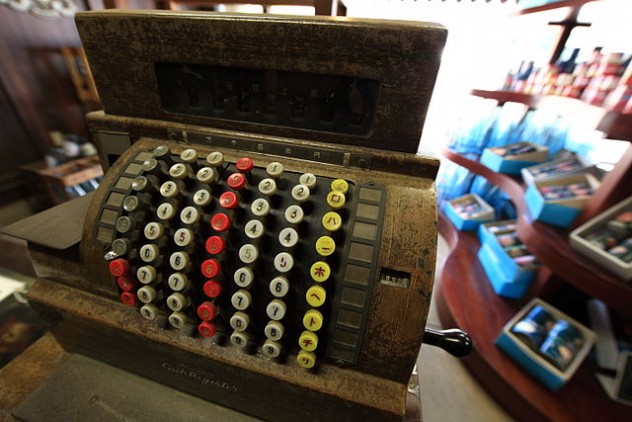 Never before the ’90s were premium prices charged for a 3-D movie. And while people are quite happy to complain loudly about it, this is not likely to change as long as those same people keep shelling out the cash. Some of these films appear to be 3-D just for the sake of being so, happily charging you the jacked-up price while offering a negligible 3-D experience.
Before you go picturing theater owners rolling around in your money, however, you should know that theaters get screwed by Hollywood worse than just about anyone, and their profit margins are extremely slim. And while the new and competing 3-D methods mean that filmmakers have to license the technology, it also means that . . .

8Theaters Have Been Forced To Spend Loads Upgrading As with the advent of Dolby sound and Smell-O-Rama (mostly Dolby), awesome new tech for displaying movies means that theaters have to upgrade, and the film studios sure aren’t paying for it. Each screen costs around $70,000 to convert.

And no, 3-D films can’t just be shown on just any old screen. In the past, the smaller number of 3-D-capable screens was enough, because only one 3-D film was being released at a time. As their popularity has skyrocketed, theater chains and independents alike have been forced to shell out millions to upgrade their facilities—well, either that or miss out on the giant crowds paying the premium ticket prices.

7Screenplays Are Being Written And Pitched Differently 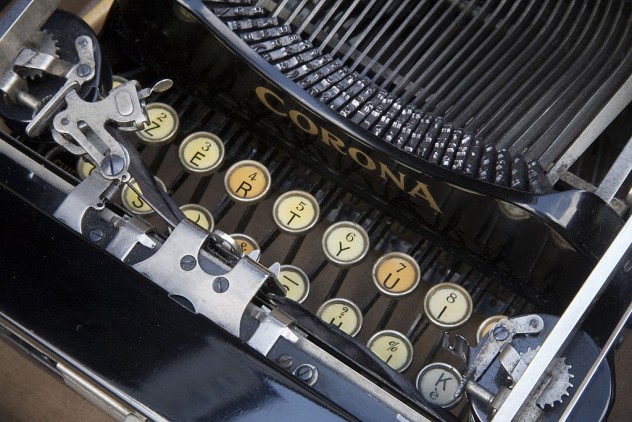 Since that premium price point remains the same regardless of the quality of the film, many hack screenwriters know that they have a better shot at getting their screenplay produced if it is pitched specifically as a 3D project. For example, a remake of the 1978 schlockfest Pirahna probably sounded a lot less questionable to producers when pitched as Pirahna 3D; likewise, the film certainly would not have made 83 million freaking dollars had it been flat.

Of course, this applies upwards as well. Prominent filmmakers such as Martin Scorsese (Hugo) have gotten films made for which there may have been a negligible level of interest if not for the 3-D aspect. And don’t take that Pirahna example to mean that people will watch any old 3-D crap; its sequel, which by all rights should have gone direct to video, had an abysmal three-week theatrical run. Turns out the movie still has to be fairly decent.

6It’s Messing With Our Vision In Unprecedented Ways 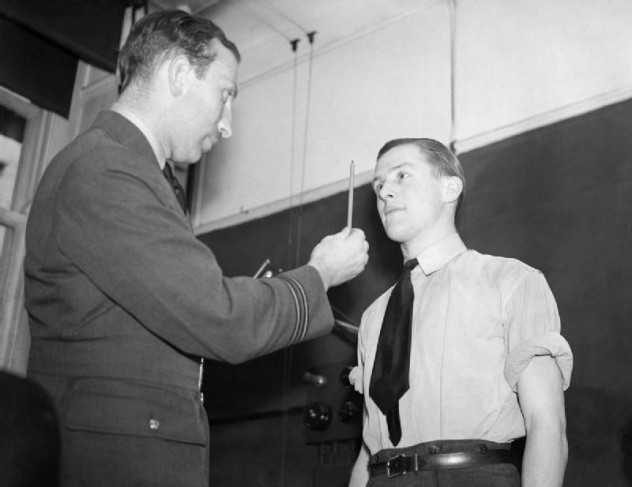 3-D has always been a strain on the eyes, and even as the technology improves, it may just be screwing them up in new and novel ways, by forcing your eyes to constantly adjust in ways that they never do in nature. Specifically, as pointed out by noted film editor Walter Murch, they force our eyes to focus on one point and converge at another, constantly changing series of points.

There’s a reason why this is exceptionally hard on our eyes—evolution. Nothing in the natural world has ever made our eyes perform this trick before. Strangely, this is a double-edged sword, for as it turns out . . . 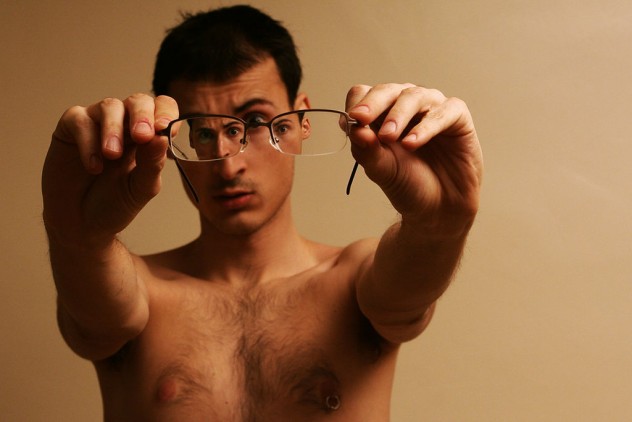 Severe instances of the aforementioned problems could mean that you are lacking in binocular vision—the ability to put two images together to form one. This could mean you have a lazy eye or problems with your eyes converging, both of which can be fixed by an optometrist.

So to sum up the previous two points, nothing screws with your eyes quite like 3-D, but the extent to which it screws with them can tell your eye doctor what’s wrong and how to address the problem. Once your eyes are healthy, you can go watch more 3-D movies and screw them up again, and on and on ad infinitum. The cameras that James Cameron used to shoot Ghosts Of The Abyss did not exist before that project—they were created specifically for it, and further modified for Avatar. Although this meant Avatar was obscenely expensive to make, it’s also the highest-grossing film ever for the same reason—all the money was up there on the screen, and it looked pretty mind-blowing.

Now, filmmakers are experimenting with higher frame rates and other ways to further improve the experience. Some of these developments have yielded highly questionable results (we’re looking at you, The Hobbit), but that doesn’t mean they’ll stop trying, and it’s probably just a matter of time before the next round of technology arises to blow our minds and perhaps our faces and noses as well. For the cost of a cheap conversion, studios can re-release old blockbuster films that have been shelved for years, many of which likely would never have gotten a re-release if not for 3-D. Several Disney and Pixar films, along with Star Wars Episode I: The Phantom Menace and Cameron’s Titanic (a hugely successful example) have gotten this treatment; films standing in line for it include Top Gun, Jurassic Park, and the rest of the Star Wars films, of course.

This is obviously a double-edged sword, as most of the films getting this treatment have been beloved classics that many are happy to see in theaters again. Whether they’re happy to see them in 3-D is up for debate, although for a kind of pilot experiment, the Titanic re-release did pretty well for itself.

2They Forced 3-D TVs To Market 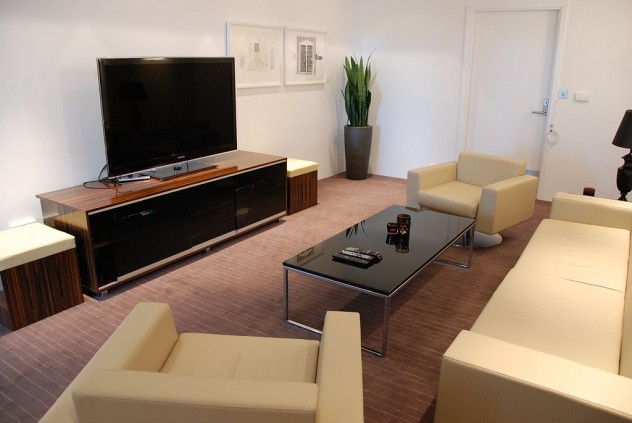 The technology has actually become pretty viable, but is still prohibitively expensive for most consumers. And even when the price points inevitably come down, it remains to be seen whether the average viewer really wants to see every single thing in three dimensions. Speaking of which . . .

1Nearly All Movies Are Now In 3-D 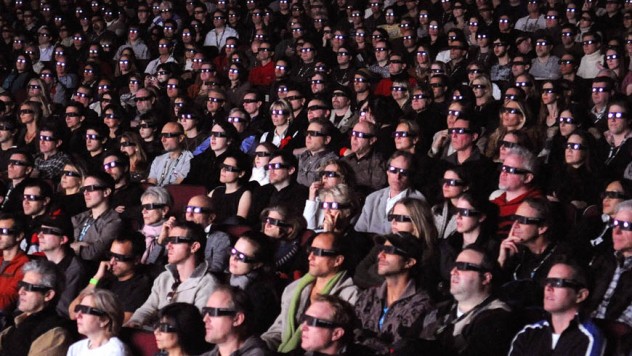 Again, this isn’t the first 3-D movie boom. It’s happened not once but twice—3-D made its Hollywood debut in the ’50s, the trend subsided in the ’60s and came back in the ’80s, with the advent of polarized (clear lenses) as opposed to anaglyph (red and blue). In both previous instances, 3-D was seen largely as a gimmick, but with each cycle the technology has improved, leading to its application in mainstream blockbusters this time around—pretty much all of them.

Indeed, an “event” film that does not see a 3-D release is increasingly rare, with the filmmakers actually having to explain themselves, while others insist that soon, all movies will be 3-D. So what do we do if we don’t like it? Simple! Wear an eye patch.