The universe is filled with mysteries we can’t explain. From mysterious creatures to unexplained paranormal phenomena, there’s no limit to the mysteries of our world. This is a list compiled of the lesser-known, but just as mysterious, phenomena that are stumping people to this day. 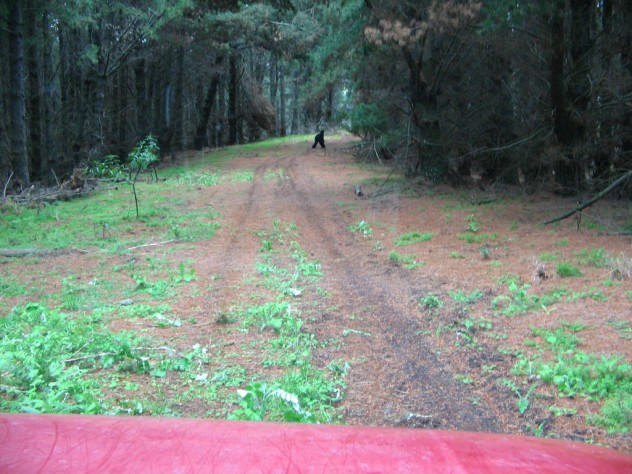 The skunk ape is a hominid cryptid that is said to inhabit Florida. It is often described as a bipedal primate with long, dark hair that has a very foul odor. It’s thought to live in the swamps around Florida, and there have been numerous sightings. In 2000, a mysterious woman sent two photos to the Sheriff’s Department in Sarasota County, Florida and wished to remain anonymous. A letter was received with the pictures from the woman, who claimed the picture was taken in her backyard after the creature snuck in to steal apples. Skeptics say the creature is just a person in a costume or an escaped orangutan. But while we’re on the topic of plausibility, I can bet the amount of skunk ape sightings greatly out number that of escape orangutan witness and men running around in monkey suits at night witnesses. Combined.

Discover more unexplained mysteries with Mysteries of the World: Unexplained Wonders and Mysterious Phenomena at Amazon.com! 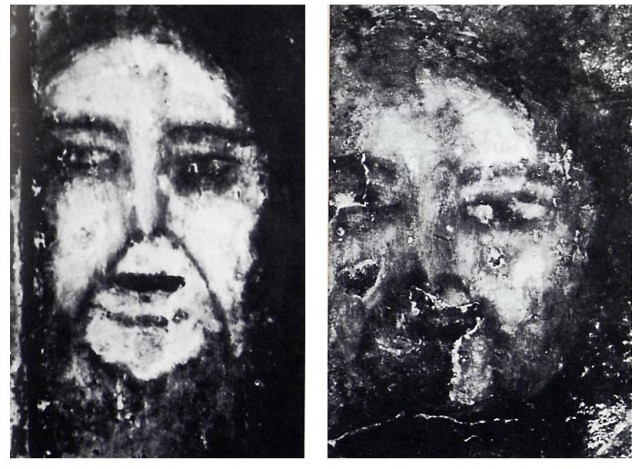 In 1979, the Pereira family began to encounter strange human-like faces that appeared and disappeared in their home without explanation. Both the locations and times that the faces appear have been irregular. According to the story, one day in August, Maria Gomez told her husband a face had appeared on the concrete floor in the kitchen. Her husband immediately destroyed the image with a pickaxe—only to have it appear again later. The mayor forbade them from destroying the new face and had it cut out for testing.

The faces persisted for the next 30 years, appearing as both males and females with an array of expressions on their faces. As with many other paranormal occurrences, it was found that the house was built on a graveyard and bodies were found under the house. Despite having the floor replaced multiple times and cleaning the faces with detergent, they continued to appear without explanation. Skeptics claim the faces are a hoax, created with the use of an oxidizing agent.

The above footage is from two surveillance cameras that caught a stick-like figure walking across the frame. There isn’t much known about the tape, but no one can explain what is going on here. The figure moves in an unnatural way—almost as if it was walking on stilts. There isn’t enough detail in the video to tell what the creature looks like exactly, but there have been other videos captured depicting similar creatures as well, dubbing them nightcrawlers. 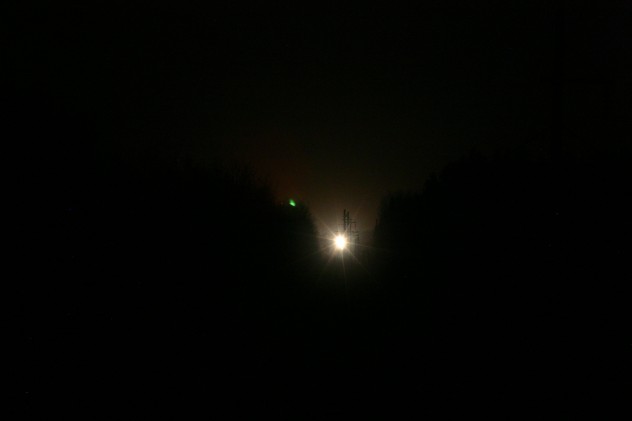 The story of the Paulding Light goes that one night an oncoming train crushed a railroad switchman as he tried to direct the sleeping conductor with his lanterns. Another story claims it’s the ghost of a man who was in the woods searching for his son with a lantern and killed by an on coming train. Regardless, this unexplained orb of light has been appearing for 40 years and remains a mystery. It still appears almost every night. Students from Michigan Tech recently claimed to have debunked the myth—calling the phenomenon nothing more than the headlights of cars on a nearby freeway, but believers disagree. The light is a large orb that takes up quite a bit of the horizon. The colors reported range from red to white to green, only one of which is actually the color of headlights. You can check the light out for yourself if you’re in the area. Park rangers have even placed signs to show the best spot to view it from.

These tracks, found in San Antonio, have become known as the ghost tracks because of an odd phenomenon that occurs to cars that park on the tracks. The backstory tells of a school bus full of children that got stuck on the train tracks. You can probably guess where this is going. It’s said that the train struck the bus, killing all the children and if anyone stalls, stops, or parks on the tracks, their car will be pushed off by little phantom ghost hands.

Along with the movement of the car itself, people have reported feeling the car shake or hearing children’s voices and whispers. To make this story even creepier, people have reported sprinkling baby powder on their bumper only to find handprints once they’ve cleared the tracks. Some skeptics feel the spot is an optical illusion and the cars are actually just rolling down hill, but it still doesn’t explain the handprints many have found. 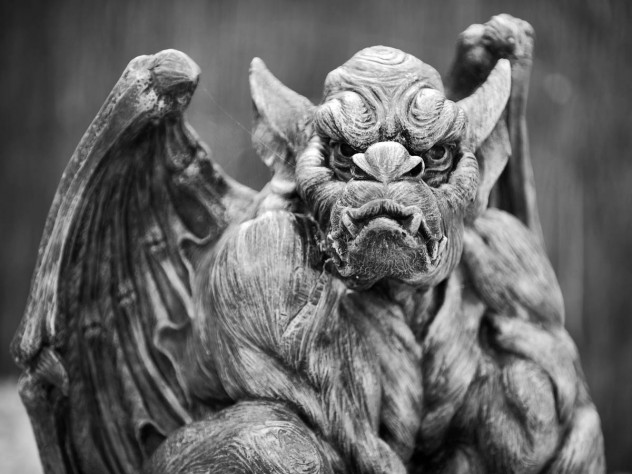 A video surfaced from Beckenham, England depicting what seems like a gargoyle jumping off a playground set. Many have investigated the area and reported a strange feeling of being watched, but no other evidence surrounding the gargoyle exists. Skeptics have tried to disprove the gargoyle’s existence, claiming that the video of it is simply CGI. The strange hominid has glowing eyes and moves in a very unnatural manner very quickly. 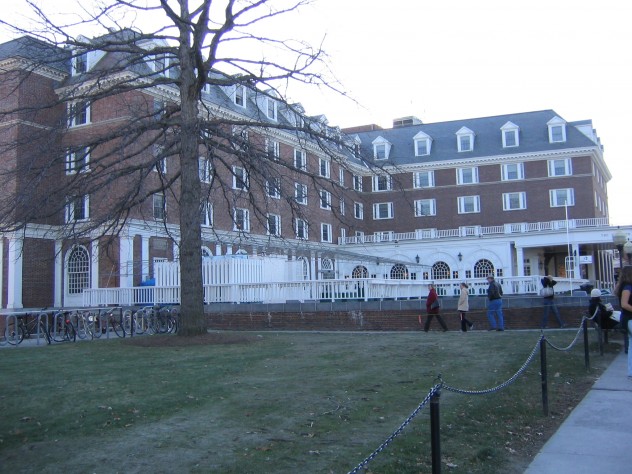 This room, located at Ohio University, is unavailable to students. It has been boarded up and closed off because of various paranormal reports regarding the room. Poltergeist activity has been felt: objects flying across the room, doors that open and shut by themselves, and dark shadows appearing and disappearing without explanation. The creepiest thing about this room is the demon-like face that appears in the wood grain of the door. The door has been replaced multiple times only to have the face appear again. The apparition is known to be playful, and is said to be the spirit of a student that committed suicide in the room. If being a freshman at a college university wasn’t stressful enough, imagine having to share your dorm with a ghost! 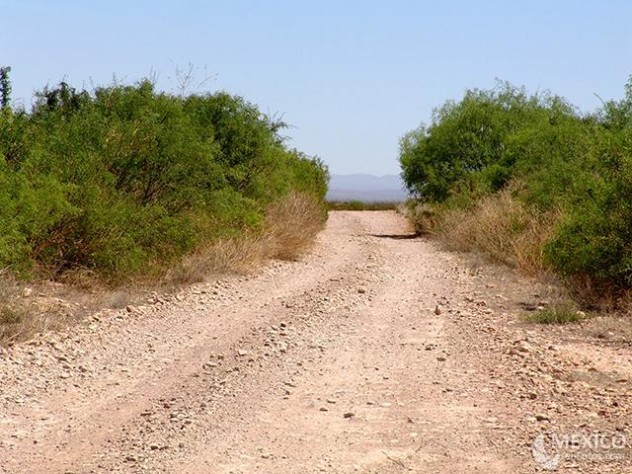 There is a patch of desert in Bolson de Mapimi, Mexico that has been the site of very strange radio wave phenomenon. In July 1970, it’s said that a US military base in Utah launched a test missile that went way off course and crashed in the desert. A team was sent out to find the wreckage, and a road was built to transport it back. The missile is said to have contained radioactive elements that contaminated the topsoil.

It has been said that no radio, TV, short wave, microwave, or satellite signals can get into the zone. Strange orbs, lights, and UFOs have been spotted in the zone as well as reports of three blond, humanoid creatures. Several people claim that they request water and nothing else, and when asked where they are from they reply “from above”. While all of these claims are starting to seem a little far-fetched, there has been scientific evidence that an odd level of magnetite resides in the soil. Scientists don’t know whether this has given the area magnetic properties or if the abnormally large amount of meteors the area is struck by have caused it. Either way, there’s something off about this place.

Mysteries come every once in awhile, but there are phenomena happening all around us! Dive deeper into a world you thought you knew with Physics of Continuous Matter, Second Edition: Exotic and Everyday Phenomena in the Macroscopic World at Amazon.com! 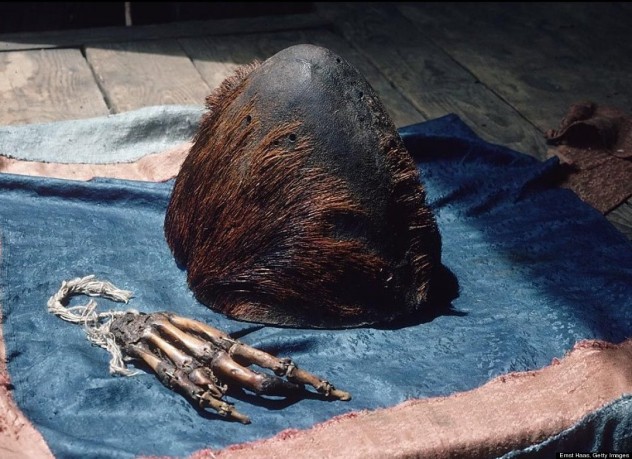 Held sacred in a Buddhist monastery in Tibet is what some claim to be the hand of a yeti. While many believe the hand is fake, many flock to the monastery to catch a glimpse. The monks consider the hand sacred and won’t allow any scientific testing. It has been said that a man named Peter Byrne smuggled the hand out of Nepal, giving it to London University for testing. William Hill ran tests on the hand with surprising results. He concluded the hand was indeed hominid, but more closely matched that of Neanderthal than modern man. In addition, tests were run by NBC for the show Unsolved Mysteries and found the hand to be “near human”. The hand was then stolen, and its current location is a mystery. It is thought to be in a private collection—traded through the black market.

1 The Battle of Los Angeles 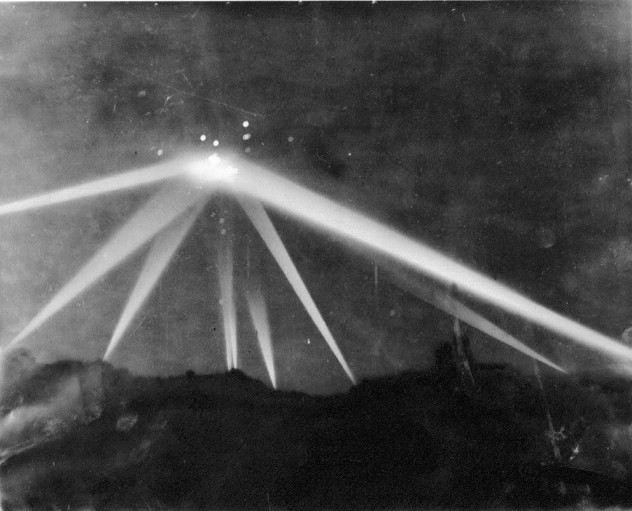 On February 24, 1942 in Los Angeles, the air raid sirens began to go off. Many believed that the United States is experiencing another attack from Japan and we were ready to go. A complete blackout was fired as the 37th Coast Artillery Brigade unloaded 1400 12.8lb anti-aircraft shells at a mysterious object floating in the night sky. The bombardment went on for a full hour with the “all-clear” being given at 7:21am.

The media went crazy after the incident, and it became front-page news. What could possibly remain in the night sky with multiple spotlights on it soaking up 1,400 rounds of anti-aircraft munitions over the course of an hour? A weather balloon of course! Well that’s what the government said when questioned about the incident. The missiles killed four to five civilians, and three people died of stress-induced heart attacks. The craft then moved over the state, hovering at certain times while it was being fired at. Some described it as one large object and others as multiple small objects. Regardless, there was something mysterious over the city of Los Angeles that night that, to this day, defies explanation.

Shelby Hoebee is an undergraduate pursuing a degree in Medicinal Biochemistry and Psychology. She hopes to go on to medical school in order to become a psychiatrist. She’s fascinated by the unexplained and macabre in the world.