The Metro-2 system is supposedly one of the most secretive underground rail systems in the world. Said to exist under the equally intriguing Moscow Metro system, the line was alleged to be used by the elites of the Soviet Union.

Some say it remains operational today. What’s more, rather than being merely an underground rail system, some researchers suggest that an entire multi-floor residence exists under Moscow, perhaps as deep as 15 levels. Might those claims be true? 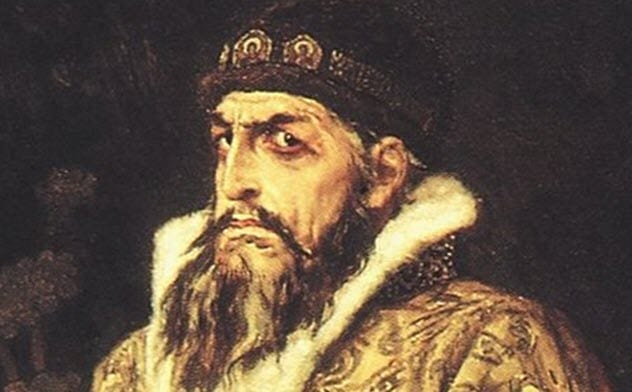 Long before the plans for the Moscow underground system were dreamed up, Russia had a long history of secretive underground structures and locations. They go back centuries.

For example, a secret chamber room housed hundreds of ancient texts under the Kremlin before they were mysteriously lost at some point in the 1500s. Supposedly, they were invaluable manuscripts from the Byzantine library. Whether they were destroyed or remain somewhere in a secret location is open to debate.

Later in the 16th century, Ivan The Terrible oversaw his own underground network. He used it to imprison, torture, and even murder anyone who crossed him.

Perhaps an even more chilling detail about these underground torture networks is the fate of those who worked on them. According to the accounts, anyone involved in them was brought to the underground rooms and executed so as to protect these secrets.[1]

9 Materials From Many Historic Buildings Make Up The Underground 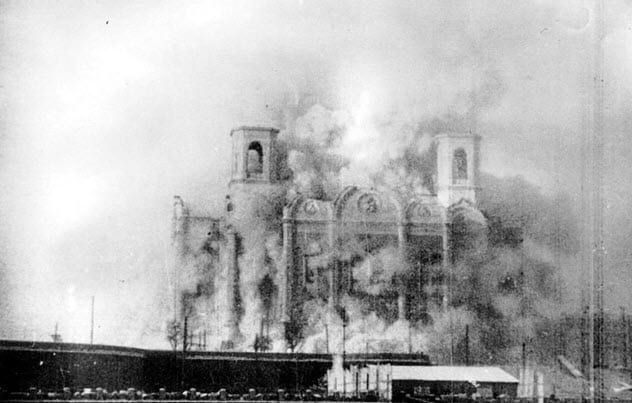 Many of the raw materials that make up the apparent Moscow and Metro-2 underground are said to come from the stone and splendor of the buildings of the Russian royal family.

Although plans for an advanced underground system had existed for decades, work did not really begin until the early 1930s. Upon Stalin’s specific orders, a large portion of the materials came from the centuries-old buildings that were completely torn down and stripped of everything that could be used.[2]

In part, this was undoubtedly related to the notion of “the elite” and the return of wealth to the people—at least in theory as it was sold to the people. In reality, it was a case of stripping down the lowest-hanging fruit. This attitude perhaps demonstrates clearly what underlies such ideology.

8 Much Was Constructed By Hand 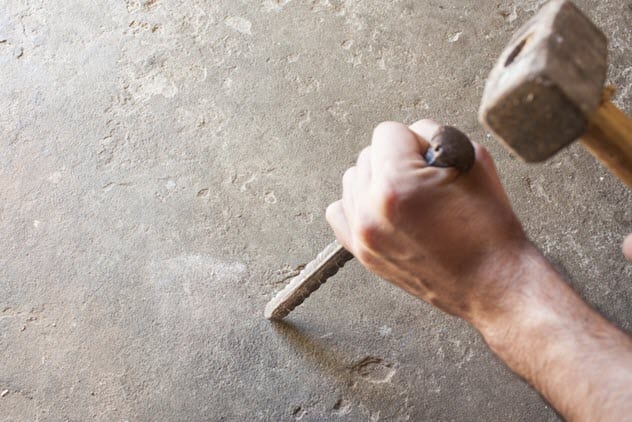 Much of the work on the Moscow Metro system was conducted by hand by citizens of the Soviet Union. Officially, this was due to a lack of appropriate tools and demonstrated the commitment of the Soviet citizens.

However, many of the workers were political opponents. We should note that this is not an officially recognized fact. You won’t find any written records of such forced labor. However, knowing what we do of how such political opponents were often treated, it is likely that the rumors are at least partially credible.

Those who claim the secretive network exists under the official rail network say that only select individuals were allowed to work on the unofficial lines. These people were certainly not those who might have had differing ideologies to the officially recognized mindset.[3]

Regardless of who toiled on what parts of the network systems, the work was long, backbreaking, and intense.

7 They Were Perhaps Created Out Of Paranoia 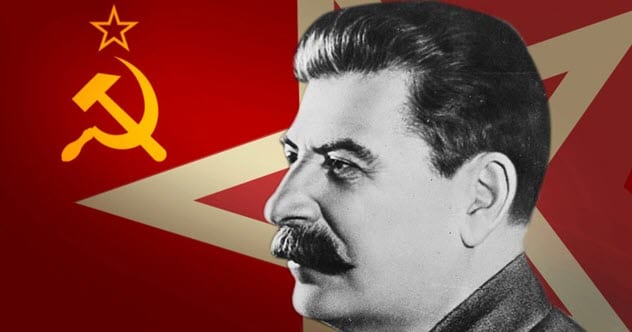 Despite any official rationale for the construction of the Moscow underground, the reason for the Metro-2 system was most likely a result of paranoia.

Following the end of World War II, there was a discreet underlying hatred of Stalin, what he represented, and those who ruled under him. In reality, this underlying animosity had been brewing for years among many in the Soviet populace.

Stalin had genuine concerns about attempts on his life. Many claim the Metro-2 system and the extensive underground living quarters connected to it were set up so that Stalin and any loyal comrades could escape if another revolution took place. Especially one that might result in an immediate danger to his life.[4]

So it would make sense that only a select few would even be told about the network, much less enter it.

6 Only Those With Clearance Could Enter Metro-2 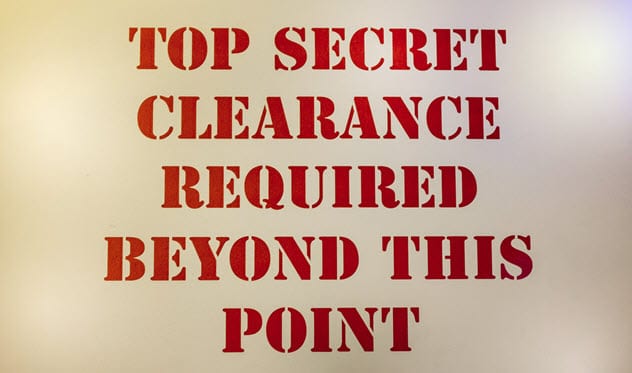 As we might expect, only those with top secret special clearance could enter the Metro-2 system. That essentially meant the elite. Furthermore, these conditions are seemingly still in place today—at least unofficially.[5]

For various reasons, many researchers have applied for permission to enter the alleged tunnels. Almost all have been refused. Perhaps that should be telling enough in itself. For example, why would a request to see a network of tunnels that “doesn’t exist” be refused?

According to some sources, as late as 2008, the Moscow Metro trade union was undertaking discreet efforts to attract select drivers for “secret routes.” Of course, these could have been for legitimate government projects.

However, given the many rumors of the secretive Metro-2 network, it is easy to see why researchers would make the connection. If the claims are true, what activity might be taking place under the city of Moscow today?

5 They Only Run Short Trains On Very Exclusive Lines 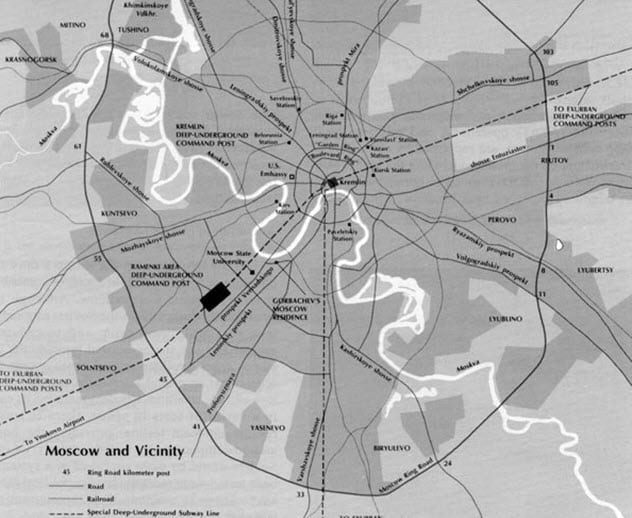 Although we should treat the reports with a pinch of salt (like all those concerning Metro-2), the claims of exclusive lines and “short trains” are of particular interest. These are perhaps to maintain safety and secrecy as much as possible—so much so that they most often feature only a single passenger car with room for a minimal number of people.

Researcher Yuri Zaitsev maintains that four exclusive and secret lines still operate today. These connect to key locations around Moscow, and from each, other important locations can be reached. (In the image above, the dotted lines supposedly reveal secret Metro-2 lines.)

These claims were seemingly corroborated by one-time government minister Mikhail Poltoranin. He declared, “I know that the Metro-2 has branches that go to the suburbs so that the command could move away from the epicenter of a nuclear attack.” He also stated that the underground network was “vast” and could easily “hide a lot of people.”[6] 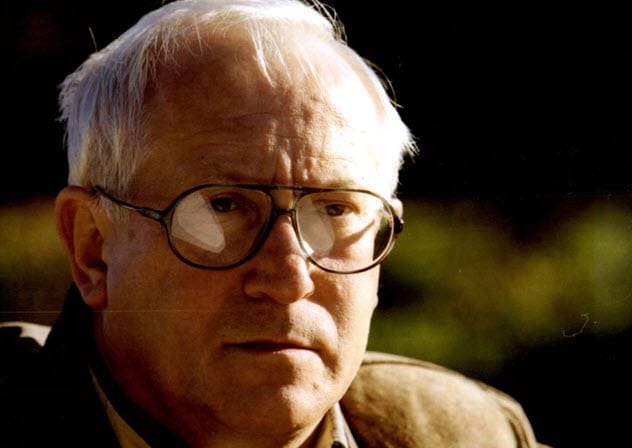 Since the fall of the Soviet Union—and, in some cases, before—many high-ranking politicians have come forward to confirm the existence of Metro-2. Although it is easy to dismiss such statements as conspiracy nonsense, the many matching claims are at least of interest to us here.

For example, former information minister Alexander Muzykantskiy said that the gigantic network was “designed to ensure the stable operation of the senior military and political leadership in times of armed conflict, including a nuclear conflict.”[7]

Oleg Gordievsky, a defector from the Soviet Union, made even more alarming claims. He warned, “You still do not know the main KGB secret yet: a huge underground city, a whole communications network of such facilities. But they will not show you. They will never, of course.”

Even now, many of these claims coming from the former Soviet Union are both intriguing and frustrating in equal measure because they appear soaked with disinformation. 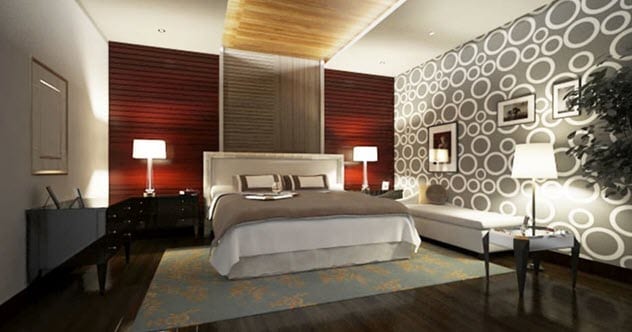 As we will discuss in a moment, much more may be under and around the Metro-2 line than just a rail network. For example, several underground bunkers are believed to exist. These were all in the name of escaping nuclear annihilation.[8]

However, it would appear that these bunkers were beyond mere emergency rooms. Many researchers claim that they were kitted out in the utmost luxury. What’s more, they were designed to accommodate long stays of many months, perhaps even years.

It is claimed by whistleblowers and defectors that these bunkers were for the exclusive use of loyal, high-ranking members of the Communist Party and the Politburo. In addition, each would be able to bring their entire families into what amounted to luxury underground apartment buildings. 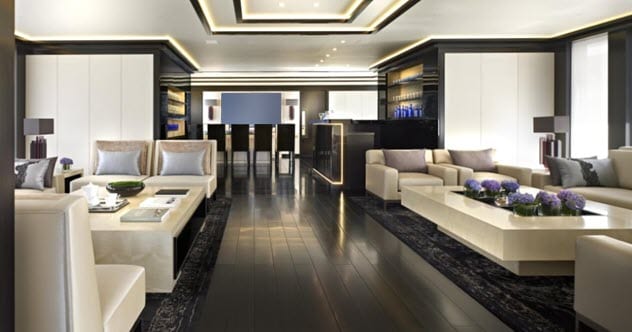 Perhaps an even stranger and more intriguing rumor surrounding the Metro-2 system is the supposed existence of a “city underneath the city” of Ramenki. It apparently goes by the name of Ramenki-43. This secret city was developed to house the Soviet elite in case of nuclear war or a similar disaster.[9]

Various researchers and whistleblowers have made claims about the secret underground city. One former KGB officer even spoke to Time magazine about it. He said that the underground network could easily house around 15,000 people. In addition, the city was on various levels and connected to other secret locations around Moscow.

Incidentally, the alleged underground city can also be accessed by an abandoned lot near Moscow State University. These alleged secret entrances are said to be dotted around Moscow.

1 Many ‘Vacant Lots’ Lead To The Underground 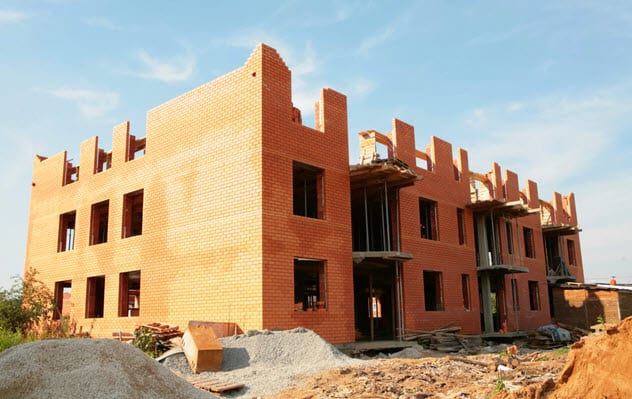 Rumors and claims suggest that secret entrances to this underground network exist. They reside in the apparently “unfinished” buildings around the city of Moscow. Surprisingly, there are several such locations.

These vacant lots come in all shapes and forms—from unfinished hospitals to parking lots and all manner of unfinished buildings. Urban legends around Moscow state that all or some of these abandoned buildings offer entrances to this secret underground network.[10]

Interestingly, many of these alleged secret entrances often attract unsavory elements of society—ranging from drug gangs to satanic cults. These locations also attract the homeless, who are merely looking for somewhere safe to sleep.

Whether any of these people have ever wandered into these secret entrances remains a mystery. If you walked around Moscow and into these out-of-the-way areas, you just might be surprised what you hear.