We don’t always think about why we do or think certain things—we just do them because they’ve always been done that way. But when we look closely at history, we find out a lot of what we assume is old is actually quite new. Here are 10 such examples: 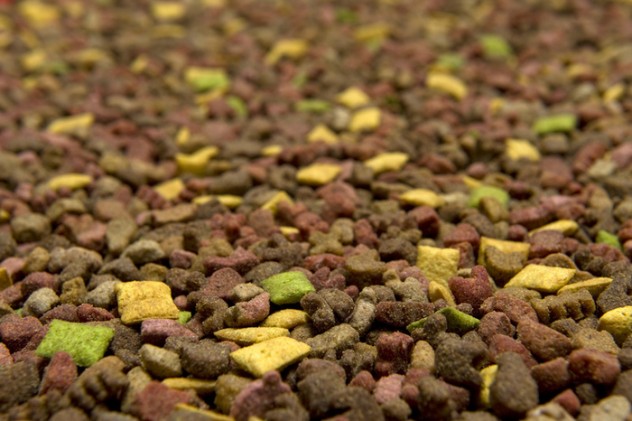 When our dogs or cats are hungry we automatically reach for a bag of Kibble or a can of strangely gelatinous meat. But if we think about it logically, we know our four-legged buddies haven’t always eaten specific animal food. We’ve had pets for thousands of years, and pre-packaged foods have only become popular with the last century.

So when did pets first get their own dedicated meals? It all started in 1860 when James Spratt came up with the dog biscuit. Before then, man’s best friend foraged, ate our scraps, and was happy to do so.

After the success of Spratt’s biscuits, other companies entered the market with their own biscuits and foods. In the 1900s, horse meat was a common ingredient in canned dog food, and many horse slaughterhouses started pet food companies as a means to get rid of the meat. During the metal rationing of World War II, canned pet food was deemed as non-essential, and dry kibble became the pet food of choice. 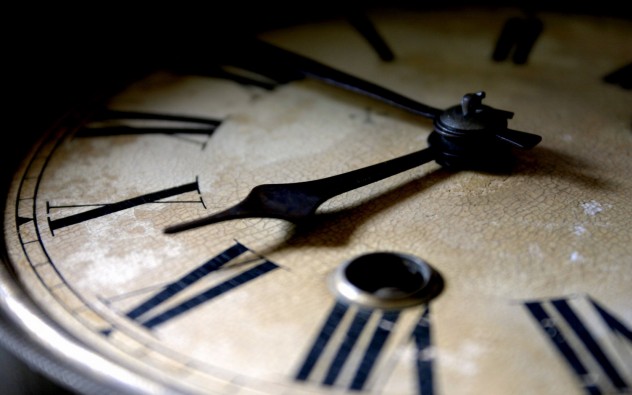 Many of us curse the clock every spring as we’re forced to “spring forward” and lose an hour of precious sleep—though we feel somewhat vindicated in the fall when we regain that lost hour. Yes, the system is a little screwy, but we’ve been doing it for hundreds of years and it helps the farmers or something—right? Well, not exactly.

As for how long daylight savings has been around, it’s not as long as you might think. Benjamin Franklin often gets credited with the idea, but he only mentioned it in jest in a satirical essay. The idea was never seriously pushed until 1895 when George Vernon Hudson, presented the idea as a way for people to have more daylight and consequently more leisure time after work. While there was interest in Hudson’s idea, it still didn’t catch on until 1916 when Germany adopted DST as a method to save fuel during World War I. Others, including the US and Great Britain, used DST during World War I and II, yet reverted to standard time during peace years. It wasn’t until about 40 years ago, during the energy crisis of the 1970s, that Daylight Savings Time was made permanent in many areas. 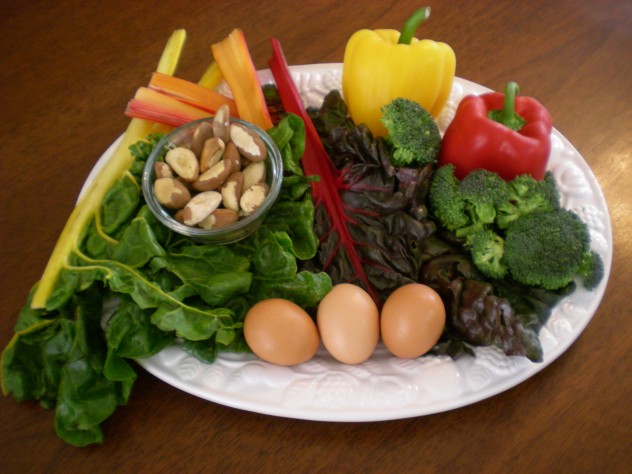 By now, most of us know the idea behind the paleo diet: humans haven’t evolved to eat grains and other “modern” foods invented after the industrial revolution, and we should go back to consuming what we ate throughout 95 percent of human existence—mostly vegetables, fruit, and meat.

At first glance, the diet appears to make sense. We know the agricultural revolution came about 10,000 years ago, and anatomically modern humans have been around for 200,000 years. But researchers at the National Academy of Sciences have recently discovered that Paleolithic people never ate the “paleo diet.” That’s right—this supposed ancestral way of eating is a contemporary diet based on assumption. 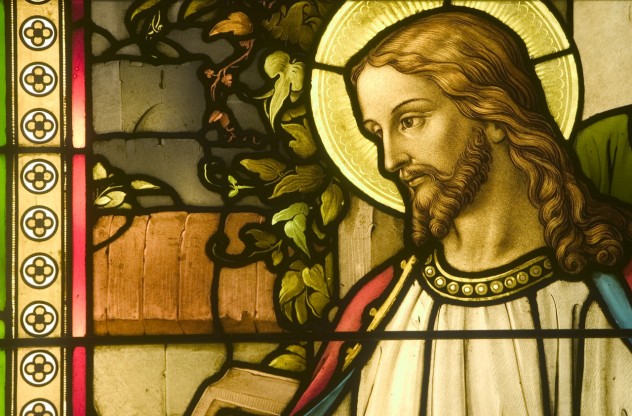 For many of us, the beliefs of modern religions like Mormonism or Scientology sound downright kooky. But Christianity has some equally bizarre tales—a guy with magical hair, talking donkeys, etc. We barely think twice about such stories because we have heard them for so long. One of the main things Christianity has going for it is how long it’s been around. But has it really?

When we look at the history of religion, we can see Christianity has only existed for about 2,000 years out of the past 200,000 years of known religion. This means for 99 percent of human history, there was no such thing as Christianity. Because of this, it’s safe to call it a relatively modern faith. Hinduism, Ancient Egyptian and Mesopotamian beliefs, and a variety of Pagan religions all predate Christianity (and coincidentally, Christianity has a lot of similarities with all of these earlier practices). If we want to go back even further we can find sacred Venus figurines dating back to 25,000 B.C., ceremonial cremation from 50,000 years ago, and ritual funerary caches from Neanderthal times.

So if we’re going to use age as an indicator for a “true” religion, we should probably all be hanging out at Stonehenge, displaying busty Venus carvings, or worshipping the Mother Goddess. 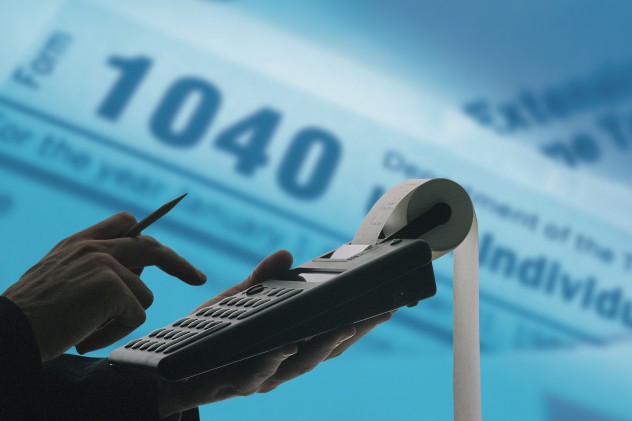 Einstein once said, “The hardest thing in the world to understand is the income tax.” For Americans, that statement is no truer than on April 15th when Uncle Sam demands his dues. Although most of us dread the day, there’s no way around it—death and taxes, as they say, are the only guarantees in life. But is that really true?

Throughout much of US history, there was no income tax. While the Constitution was ratified in 1776, the income tax wasn’t permanently established until 1913 with the 16th Amendment. Even after that point, the tax didn’t apply to everyone, which meant very few people paid any income tax at all until 1942. 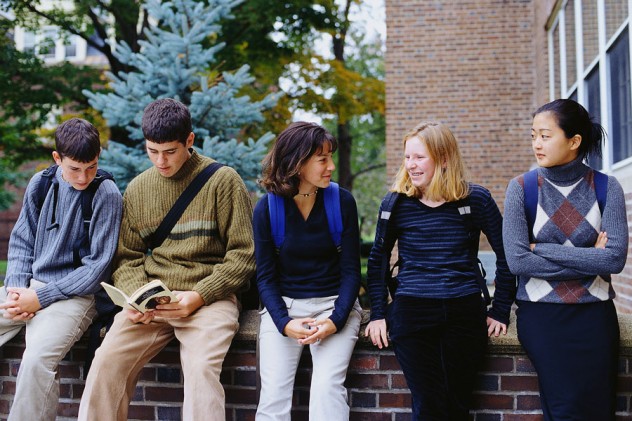 Today, the teenage years are treated as a unique phase of human development. They have their own music, books, styles, and there are even branches of psychology dedicated to studying this transitional stage of life. Considering how much significance we place on this time period, it’s amazing that the concept of a teenager is actually quite recent. In fact, the word “teenager” didn’t even exist until musician Bill Haley used the term in the 1950s.

Not only that, but people between the ages of 13 and 19 weren’t given any special treatment—they were either children or young adults, but nothing in between. Prior to child labor laws, there wasn’t much distinction between what was expected from children as compared to adults, since everyone was required to work.

So, when did people in their teens start slamming doors, whining that nobody understands them, and crying over boy bands? Perhaps they were always moody, but we’d guess our ancestors didn’t have much time to be self-absorbed when they were working dawn till dusk in a factory. It took three converging changes in society for the teenage identity to emerge: disposable incomes, the popularity of the automobile, and child labor laws. With the car, adolescents could finally get some distance from their parents, and thanks to their newfound freedom and some money in their pockets, they could actually buy things. 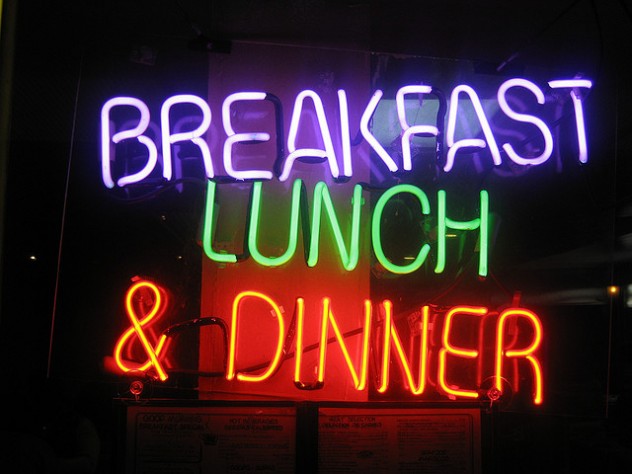 For those of us in the West, our parents and grandparents have pushed three squares on us for so long that many of us assume that consuming breakfast, lunch, and dinner is how it’s always been. In reality, eating three meals a day is a fairly recent practice that only became popular with the advent of the electric lightbulb. Before then, our third meal was virtually nonexistent since it was difficult to prepare food in the dark. In fact, eating a meal after dark became a symbol of wealth, since it meant a person could afford electricity.

In Ancient Greece, it wasn’t uncommon for people to only eat once a day, and the average Medieval European only had two meals. Those who ate twice usually had a light breakfast of only bread and ale while dinner was consumed in the afternoon. If anything was eaten in the evening, it was usually something small that required little to no preparation. Such eating habits carried into colonial times and were common among agrarian people until the early to mid-20th century. 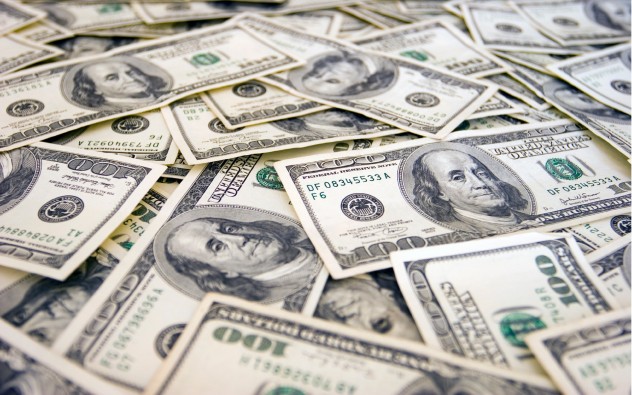 Creating money out of “thin air” has become so common many of us forget that we used to be able to exchange paper money for gold. Now, under the fiat system, paper money only has value because we collectively agree that it does.

While most of the world’s countries permanently went off the gold standard after WWI and WWII, the United States hung on until 1971 when President Nixon shocked the globe by declaring the US was switching to fiat currency. This news was alarming because many countries had fixed their own money’s exchange rates to the US dollar—because US dollars were supposed to be as good as gold.

Originally the switch to a fiat currency was intended to be temporary—to make up for the fiscal strains caused by the Vietnam War. Of course, we printed too much, so we could never go back. 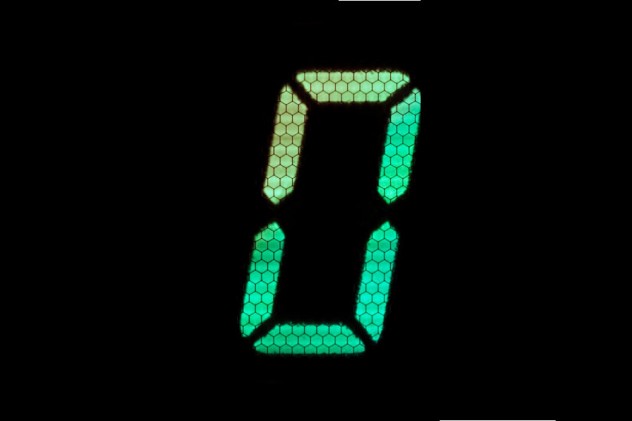 Zip. Zilch. Nil. Nada. Zero has so many synonyms and is such a fundamental concept that there’s no way it’s a recent invention. But it’s true. Though people have always understood the concept of nothing, zero wasn’t fully introduced into mathematics until the 5th century A.D., and it didn’t reach the West until the 1200s. Without zero, even basic calculations were a challenge for mathematicians.

About four to five thousand years ago, the Sumerians used it as a placeholder. The Babylonians were the first to recognize zero as a real integer that stood between negative one and one. Shortly thereafter, the Indians and Mayans also came up the number zero. 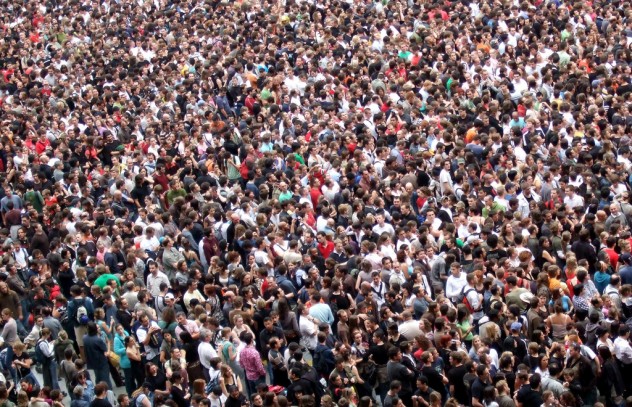 While we like to think of ourselves as important and fundamental to life on earth, humans are a relatively new and likely an inconsequential species. The Earth is an estimated 4.54 billion years old, and humans have only been stomping around for about .003 percent of that time. And with the threat of asteroid strikes, severe climate change, nuclear holocaust, and so many other disasters, there’s a good chance we won’t be around forever.

If you want to feel even more insignificant, consider the age of the whole universe. While no one knows for sure, scientists estimate it to be between 12 and 14 billion years old. When we consider how much came before us, it’s apparent humans are only a minor blip on the universal timeline.