There are many things around us that we think work but actually do nothing, like that hotel thermostat. It’s essentially a placebo, intended to trick you into thinking you’re controlling the temperature in your hotel room. Now you know why you always feel hot despite adjusting the thermostat several times.

There is no single reason why businesses and governments trick us into thinking these things work. It could be about the money, convenience, or some problem with the underlying technology. Nevertheless, read on; you will be surprised by what you will find. 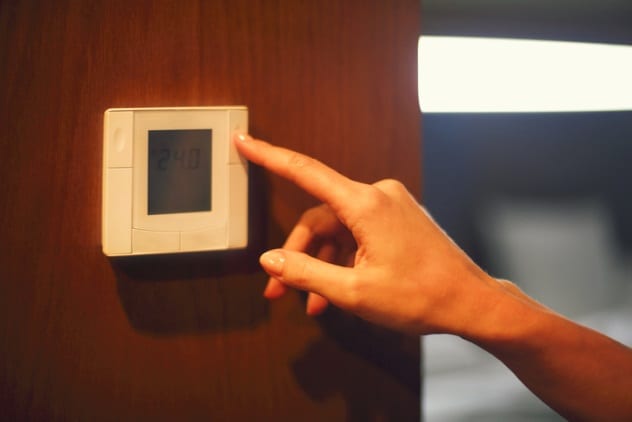 Have you ever lowered the temperature of your hotel air conditioning system yet still felt hot? That must happen a lot, considering that many hotel thermostats do not work. Hotel operators only put them there because you’ll ask them to change the temperature in your room otherwise. Besides, they don’t want you to leave a negative review on TripAdvisor.

Some hotel thermostats actually act as heat and motion detectors. The detectors automatically adjust the set temperature depending on your movements and the room temperature. Some even signal the air conditioning system to stop working when you leave the room or open a door or window.

To be clear, some thermostats do allow some control, but there is usually a minimum and maximum limit. You are unaware of these limits, and exceeding them won’t make your room any hotter or colder. Interestingly, many travelers are already catching on to this fake thermostat thing and are finding ways to bypass it.

While keeping energy use low is good for the environment, rigging thermostats is all about money for the hotels. Hotels save money when lodgers use less energy. And hotels are desperate to keep that in check, considering that guests will often waste power since they aren’t the one picking up the energy bills.[1] 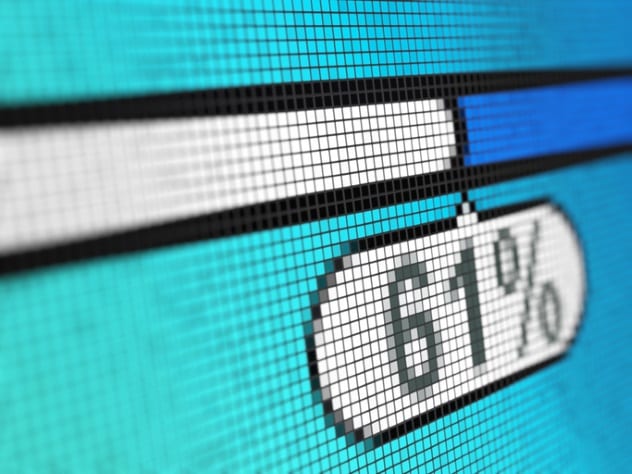 Those progress bars that show the percentage or time left to complete a file transfer or download on our phones, computers, and other electrical gadgets don’t really work, at least not in the way we think. For instance, a progress bar at 50 percent does not mean half of a file has been downloaded. Almost all of the file could have been downloaded—or none at all.

Progress bars are not accurate because downloads and transfers involve many variables beyond the control of the system. For one, Internet speeds and network availability often determine how quickly a download will complete, while hard drive speeds often determine how long it takes to complete a transfer.

The inability to correctly determine these variables is the reason programmers work with milestones instead. Computer programmers set milestones for transfers and downloads. The system only updates the progress bar as these milestones are reached. So that progress bar at 50 percent only means that a predetermined milestone has been reached.[2] 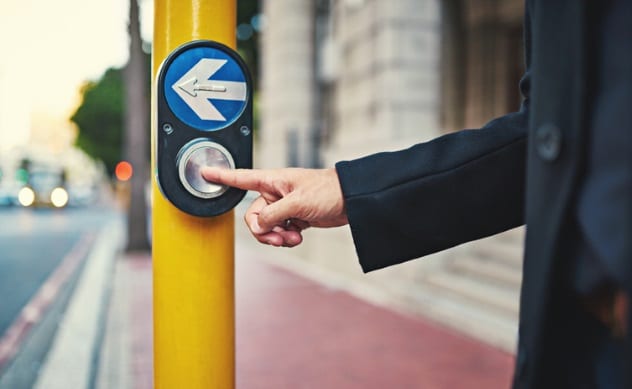 Many reading this have likely had the experience of being at a crosswalk and pressing the button hoping the “walk” signal will come up. Well, it turns out that those buttons don’t always work.

Sometimes they do work. We could divide the crosswalk button into three categories. The first works, the second does not work, and the third sometimes works.

For the first, the walk light never comes up until a pedestrian presses the button. In the second instance, the walk signal comes up at intervals, whether there is a pedestrian waiting to cross or not. Pressing the button does absolutely nothing in this instance.

The walk light is programmed to automatically come up during periods of heavy pedestrian traffic in the third instance. However, it requires a pedestrian to press the button before it will show up at other periods.

That said, it can be difficult for pedestrians to determine whether a crosswalk button works or not, so just push the button anyway. Or you could wait and see if the walk signal lights up on its own.[3] 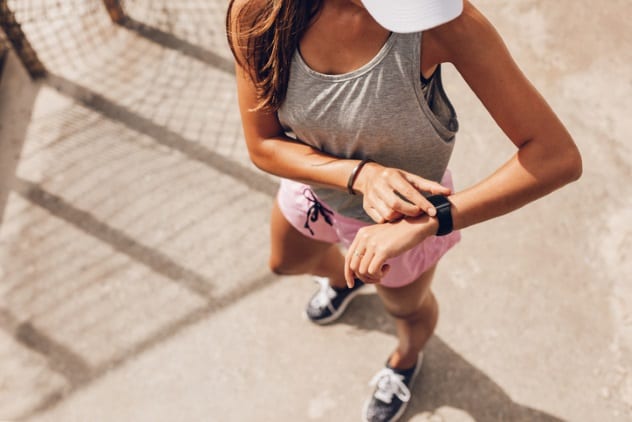 Fitness trackers and smartwatches work fine if you are concerned about monitoring your heart rate. But if you’re concerned with measuring the amount of calories you burn during exercise, then forget them, because they don’t work well for that.

This problem is one that even affects high-end fitness trackers and smartwatches, including the Apple Watch, Fitbit Surge, Microsoft Band, and the Samsung Gear S2. A 2017 study by researchers from the Stanford University School of Medicine revealed that fitness trackers and smartwatches have error margins of less than five percent when measuring heart rates. This is pretty much okay.

However, the same fitness trackers and smartwatches had high error margins when used to measure calories burned during exercise. FitBit Surge got its calculations wrong by 27 percent, which is too high. That becomes troubling when we realize it was actually the best among the seven devices tested. The Samsung Gear S2 performed worst, with an error margin of 93 percent.

Fitness trackers do not work well for measuring calories because differences in height and weight (among other factors) mean that people burn calories at different rates. However, the trackers are often programmed to use a preset height and weight for every user without considering their actual data.[4]

Tube trains operating in London have “open” buttons that passengers can press to open the train doors. Some even have a “close” button that supposedly allows the passengers to close the train doors right before it begins its journey. We say “supposedly” because the buttons do not work. The doors are controlled by the train drivers.

Passengers actually could operate the doors until the 1990s, when operators discovered that the trains spent less time at the stations when the driver controlled the doors. There were some other reasons that forced management to pass the controls to the drivers, too. One had everything to do with safety.

Some naughty passengers were fond of pressing the “close” button when other passengers were still boarding. One such prank ended in disaster when a boy was injured after getting stuck in the door.[5] In some trains, the buttons have been removed as part of refurbishing. 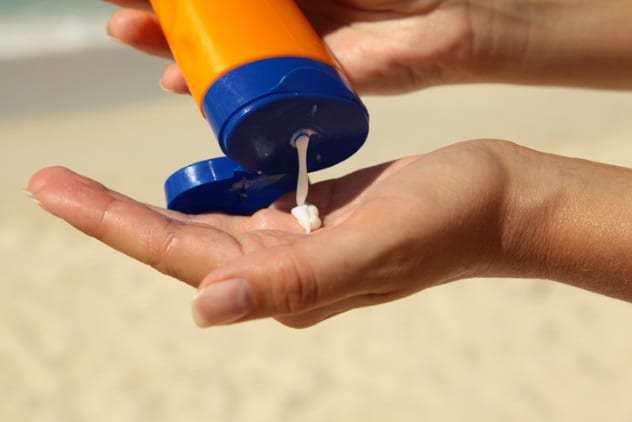 Sunscreens have only one job: to protect us from the Sun’s harmful ultraviolet rays. A study by the Environmental Working Group (EWG) has shown that they fail miserably at that. Only one in every four actually works.

EWG conducts annual studies to determine the effectiveness of sunscreens. In 2017, the group revealed that only 73 percent of the 880 sunscreens it tested worked as advertised. The rest either did not work or contained some troubling ingredients that could do more harm than good.

EWG revealed that most sunscreens did not protect users from ultraviolet A and B rays. Some sunscreen makers also claimed their products had a sun protection factor (SPF) of over 50—which should indicate a very high quality—even though the actual SPF was much lower. The misleading labeling could cause users to think they are more protected than they really are.[6] 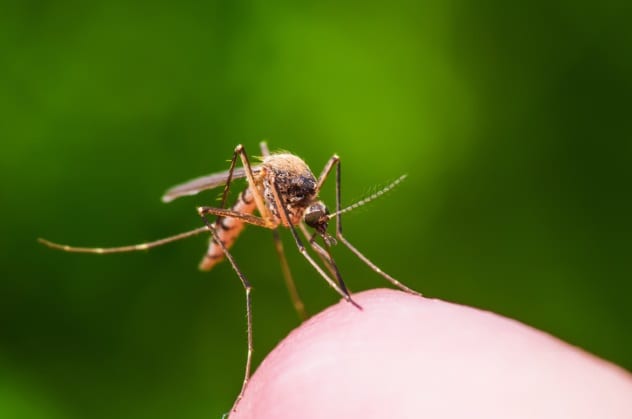 Ultrasound mosquito repellents have been around for some years. They are small, portable devices that emit ultrasonic noise that supposedly sends mosquitoes fleeing. Sometimes, they take the form of phone apps that make an annoying buzzing sound that repels mosquitoes.

The devices and apps do not work. The rumor that ultrasonic sounds can repel mosquitoes first appeared over four decades ago. One common belief is that the ultrasonic noise mimics the sound of the wings of a dragonfly. Mosquitoes supposedly flee upon hearing the sound.

This claim seems to make sense, considering that dragonflies are natural predators of mosquitoes. However, it is wrong, since the ultrasonic sounds used in the repellents are around 15 kilohertz. The flapping wings of dragonflies emit sounds that measure between 20 and 170 hertz. Besides, mosquitoes do not flee on hearing the beating wings of a dragonfly.

It has also been claimed that the sound mimics the mating call of a male mosquito. This, too, appears to make sense, considering that biting female mosquitoes are often carrying eggs and therefore will not want to mate. However, again, this is false. The beating wings of the male mosquitoes only reach around 700 hertz, which is still nowhere near the 15 kilohertz produced by the ultrasonic apps and devices.

Besides, there is little evidence that female mosquitoes are disturbed by the sounds of male mosquitoes or any other sound, for that matter. Nevertheless, the myth is one that will continue to linger for some time. Once, a Brazilian FM station even played the ultrasonic sounds on its airwaves in an attempt to send mosquitoes fleeing from its listeners.[7] 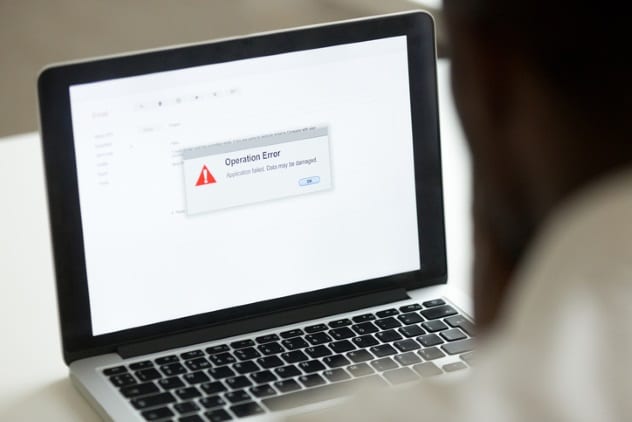 Ever come across premium PC cleaning software that promises to clean your computer and make it as fast as it was when you bought it? They, too, do not work. In fact, they have a terrible reputation in the tech community and have been described as the digital version of snake oil.

The premium third-party cleaners are often rigged to make it seem like they really work when they actually do not. They detect nonproblems and list them as problems. For instance, most will consider browser cookies and temporary files as having an effect on the speeds of the computer, even though they do not.

Various PC cleaning software programs also exaggerate smaller problems and make them seem like they are larger than they really are. Most operating systems have built-in cleaners that work fine if you ever need to clean your computer. They do not require you to dole out any extra cash, either.[8] 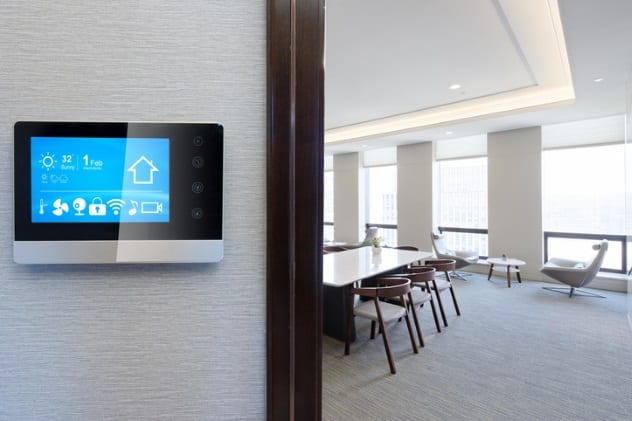 Hotel thermostats aren’t the only fake ones out there. Office thermostats don’t work, either. Estimates vary wildly, but anywhere from two to 90 percent of office thermostats do not work. Interestingly, many offices once had working thermostats, but they’ve been removed because the tenants could not determine the best temperatures for them.

However, similar to the hotel situation, the tenants inevitably began ringing the heating, ventilation, and air conditioning (HVAC) businesses that manage the air conditioning systems to complain that the preset temperature was either too hot or too cold. The complaints lessened after the HVAC businesses sent fake thermostats to the offices.[9] 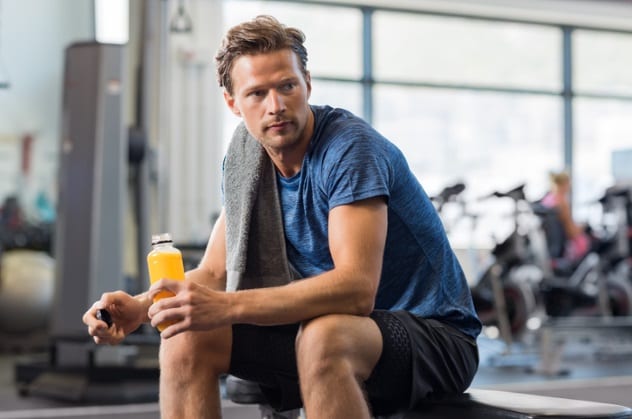 Sports drinks are often promoted as the holy grail of sportspeople. These days, advertisers advise athletes to guzzle a drink midway through their exercise to prevent dehydration and loss of electrolytes.

This is even though most people would do themselves a lot of good if they just drink water instead. Sports drinks are really just water with some minerals and lots of sugar, coloring, and flavor. Those minerals are often sodium and potassium, which are what we consider electrolytes.

No marathoner has ever died of dehydration, but as of 2012, 16 marathoners had died of overhydration and hyponatremia. Over 1,600 more had been hospitalized. That said, sports drinks can work for athletes who engage in high-endurance exercises that last for over a hour. The average Joe doing basic exercises should just drink water.[10]

Read about more things that aren’t real on Top 10 Things That Don’t Actually Exist and 10 Things Believed To Exist (That Really Don’t).