Many people are fascinated by death, and even those who aren’t can find themselves drawn to places with a dark history or creepy vibe. Not always spooky, these places can be compelling and poignant as well, and many hold an important place in history. Here are 10 places that are as fascinating as they are morbid. 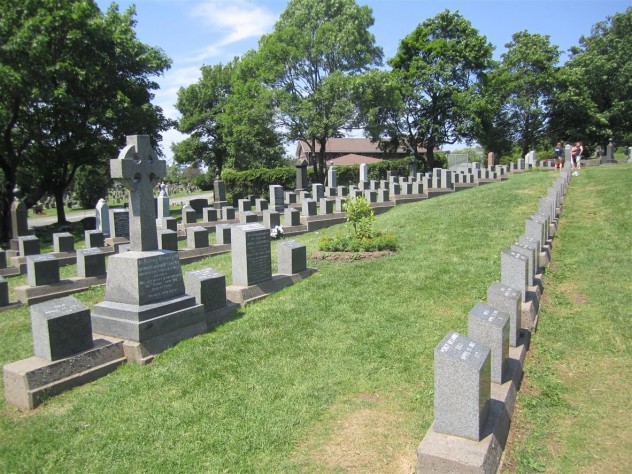 When the RMS Titanic struck an iceberg and sank on April 15, 1912, search-and-rescue teams from Halifax, Nova Scotia were sent to assist with recovery. Many of the deceased (mainly crew members and third-class passengers) were laid to rest there following the sinking.

Fair Lawn Cemetery is the final resting place of 121 of these victims. Many of these names have become culturally significant, including a J. Dawson, whose name resembles a protagonist from James Cameron’s Titanic. But the most famous of these victims is The Unknown Child, a young boy who identity was a mystery for 90 years. In 2007, DNA testing proved him to be 19-month-old Sidney Leslie Goodwin, a third-class passenger from England, whose entire family had also perished in the sinking.

Graves of Titanic victims can also be found in nearby Mount Olivet and Baron de Hirsh Jewish Cemetery. Halifax is also home to the Maritime Museum of the Atlantic, whose Titanic exhibit features items including the log of the ship’s wireless messages as well as one of the only surviving deck chairs from the doomed vessel. 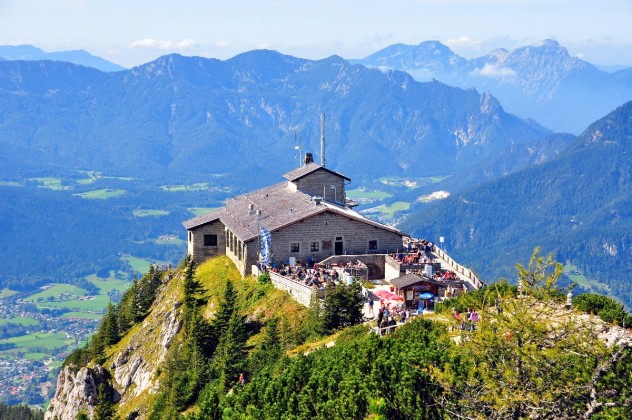 Kehlsteinhaus was built on a mountain peak as a 50th birthday gift for Adolf Hilter on April 20, 1939. It was intended as a retreat and a place to entertain dignitaries. The chalet was incredibly opulent, and cost the modern-day equivalent of 150 million Euros ($115 million). It can be reached by a 120 meter (400-ft) elevator shaft drilled through the mountain itself, a tunnel that cost 12 workers their lives during its construction. Hitler is thought to have only visited Kehlsteinhaus 14 times over the years, preferring his nearby residence of Berghof.

In May 1945, less than a month after Hitler’s death, Allied troops took the Eagle’s Nest. The soldiers helped themselves to the contents of the wine cellar, and many chipped away pieces of the marble fireplace (a gift from Mussolini) as souvenirs.

The building is currently owned by a trust and used for charitable purposes. You can even go on tours of the lower rooms, where graffiti left by Allied soldiers can still be seen on the wood paneling. 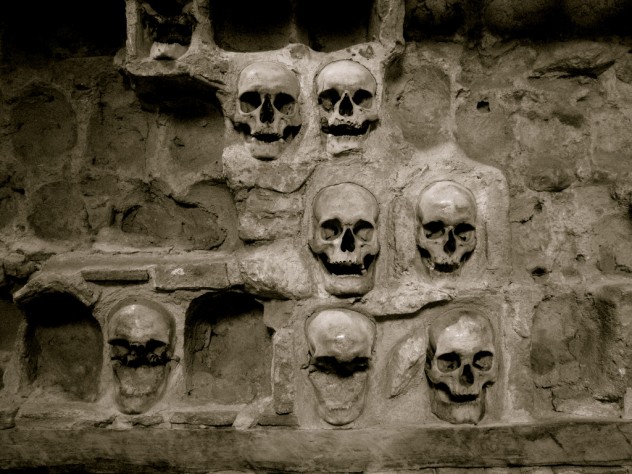 The city of Nis, in the south of Serbia, was the site of the First Serbian Uprising against the Ottoman Empire. In 1809, the rebels were facing certain defeat when 36,000 Turkish soldiers invaded the city—but rather than submit, rebel leader Steven Sindelic fired his weapon into his own powder kegs, causing a powerful explosion and killing both his own soldiers and the invading forces.

In retaliation, furious Turkish commanders constructed Cele Kula, or “The Skull Tower.” They desecrated the bodies and built 952 skulls into a 15-foot tower at the entrance to the city, with Sindelic’s skull placed at the top. The skin from the skulls was stuffed and sent to Istanbul as proof of the victory.

Over the years, many of the skulls were removed by relatives for burial, and only 58 remain in the tower today. In 1892, a chapel was built around the site in order to preserve it. The tower did not prove to be as much of a deterrent as the Turks hoped: the Serbs rebelled again in 1815 and gained independence 15 years later. 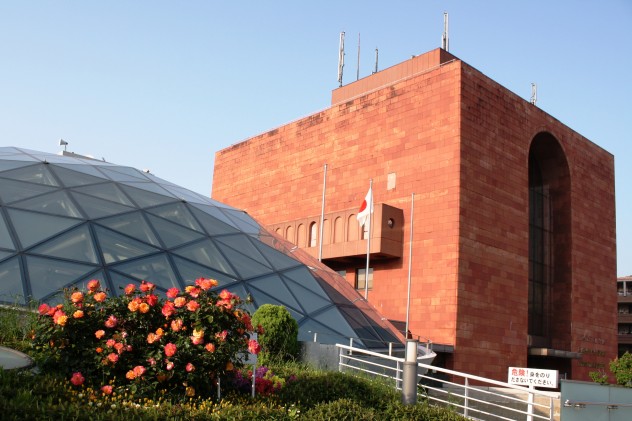 The Atomic Bomb Museum is located right atop ground zero—the place where, on August 9, 1945, the second nuclear weapon ever used in war was detonated above a civilian population, instantly killing 74,000 people and injuring thousands more. It’s a small but powerful building that highlights the effects this act had on the people of this Japanese city. Heart-wrenching photos of victims and videos of survivors’ stories are the main exhibit. Among the other moving artifacts are eyeglasses with the lenses melted out, the rice from a child’s lunchbox fused into a blackened ball, and a clock stopped at 11:02 AM—the precise moment of the explosion.

Many of the items are difficult to look at, and that’s the point. From the museum, you can descend the outer stairs to the hypocenter, which is represented by a black stone pillar overlooked by a statue of an angel. Several other sculptures around the site, as well as thousands of colorful paper cranes made by the public, reinforce the theme of world peace. 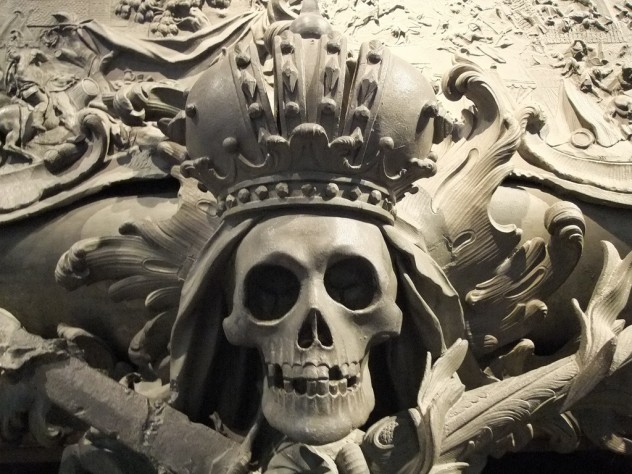 The Imperial Crypt beneath the Capuchin Church in Vienna is the resting place of most of the Hapsburg Royal family. It opened in 1633, and all but three of the Hapsburgs rest there, including 12 emperors and 19 empresses and queens. Many of the bronzed coffins are incredibly ornate, carved with angels, skulls, and crowns. The most opulent of these is the huge double sarcophagus of Empress Maria Theresia and her husband Franz Stefan, which sits under a skylit dome hand painted with cherubs.

Perhaps the most famous remains belong to Emperor Franz Josef and his wife Elisabeth, known as Sisi, who was widely beloved by the Austrian people. Sisi was assassinated in Geneva, Switzerland by an Italian anarchist in 1898. The site is looked after by Capuchin monks, and burials still take place in the crypt. The most recent addition was Otto von Hapsburg and his wife in 2011. 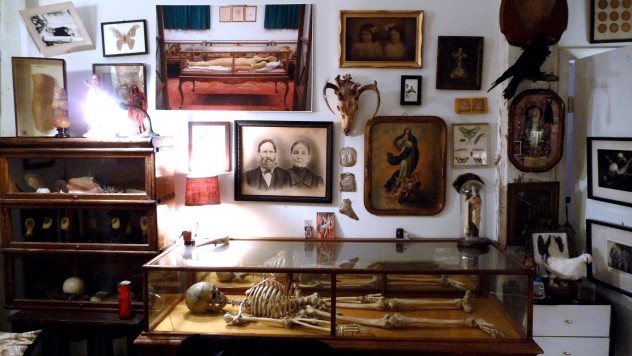 Morbid Anatomy is a collection of macabre and bizarre curiosities “dedicated to the places where death and beauty intersect.” Started in 2008 by fans of the unusual Joanna Ebenstein, the museum exhibits medical specimens, taxidermied animals, and a variety of creepy artifacts, books, and artworks. It also features photos of other morbid collections around the world (taken by Ebenstein herself) and classes in the arcane, the taxidermic, and the anatomical. In these classes you can create a shadowbox featuring a rhinoceros beetle in the scene of your choice, a stylish and wearable hat made from chicken parts, or even a diorama of stuffed mice in tiny costumes.

4 The Ruins of Pompeii
Naples, Italy 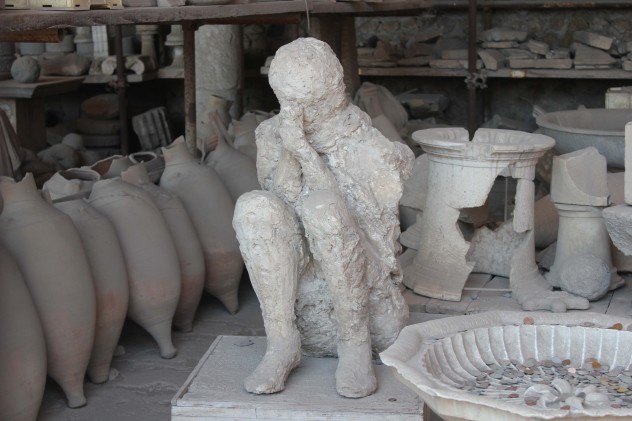 In Roman times, Pompeii was an elegant resort town, hosting distinguished citizens seeking sun and relaxation. But when Mount Vesuvius erupted in A.D. 79, it rained ash for six straight hours, burying the town and killing everyone living there. The ash had the strange effect of preserving everything there, leaving much of the city’s history frozen in time.

Almost 2,000 years later, you can roam the streets of this once-vibrant city, enter its buildings, and study its artworks and artifacts. The most eerie sights here are the casts of some of Pompeii’s estimated 2,000 citizens, which were made by pouring plaster into the hardened ash shaped by their bodies where they fell. Many of these victims have their arms outstretched in a desperate and futile attempt to save themselves from the debris. In the Garden of the Fugitives, you can find a row of these figures—including those of several children, huddled against a stone wall in a failed attempt to flee the destruction. 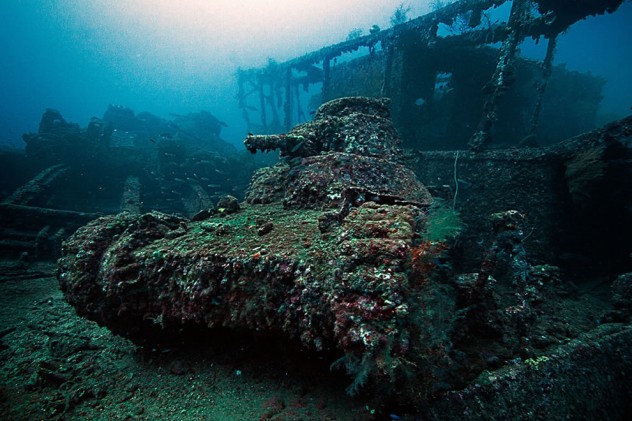 On August 17, 1944, Allied forces launched Operation Hailstorm, an attack on Japanese troops based in the waters of Micronesia. More than 50 ships and 240 aircraft were sent to the bottom of the sea, along with 3,000 people. Today, it is a spectacular and eerie underwater graveyard.

Most of the wreckage is still intact, and some sits only 4.5 meters (15 ft) below the water’s surface, making the site incredibly popular with divers and even snorkelers. Tanks, railroad cars, motorcycles, radios, and a variety of weapons and munitions can all be found in the hold of the sunken cargo ships. Up on deck, gas masks and depth charges lay undisturbed, while down below there are even human remains. 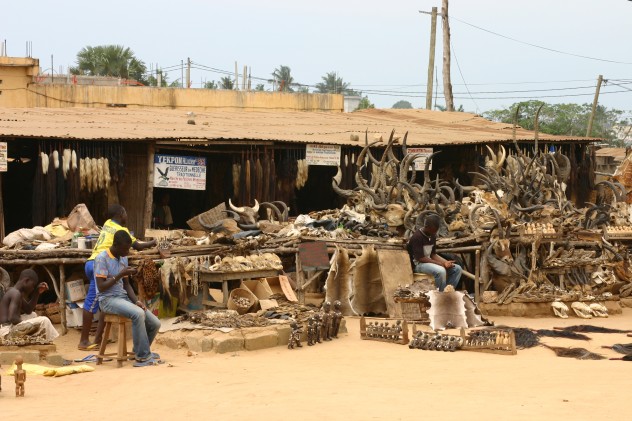 This Akodessewa Fetish Market in West Africa supplies everything you may need to practice voodoo—and it just might be the creepiest one on Earth. From crocodile heads to monkey paws, the tables here are piled high with animal parts of every description.

Followers of voodoo believe that using these items can act as remedies to any problem, from infertility to a lack of athletic prowess. Medicine is made by crushing up animal skulls, mixing them with herbs, and reducing it to a black powder—which is then rubbed into three cuts made on the patient’s back or chest. For many, it’s a last resort when all else fails.

But if you’re not into getting skull powder rubbed into your flesh, you can always pick up a nice simple talisman for protection. 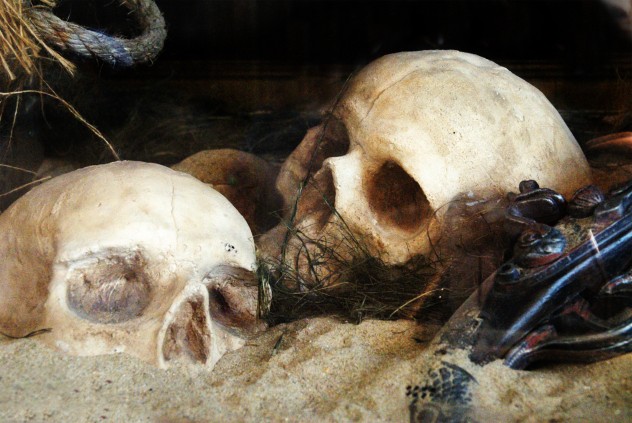 While its official name is the University of Tennessee Anthropological Research Facility, it’s far more commonly known as a body farm—and that alone puts this morbidly interesting location at the top of the list.

The Knoxville body farm sits on an 2.5-acre lot, which is strewn with up to 40 bodies at any given time. These corpses are left to the elements while the rate of decomposition and the effects of factors like weather and insect activity are carefully monitored. Bodies can be left aboveground, buried, underwater, or even in the trunk of a car in order to simulate various circumstances. The facility is also used as a training ground for crime scene investigation techniques. Surprisingly, the body farm is not short on volunteers, with over 1300 people registering themselves for participation.

Caroline spent eight years traveling the world working on cruise ships. She’s currently living the dream and traveling Europe on her own. Experiencing so many interesting people and places has inspired her to get writing.