When you were a child and lightning lit across the sky, you may have pulled the blankets tight around your face for fear of what lived under the bed or what bony fingers may have been creeping around the edge of the closet door. But maybe you shouldn’t have been scared, because there are some really, really stupid monsters out there. 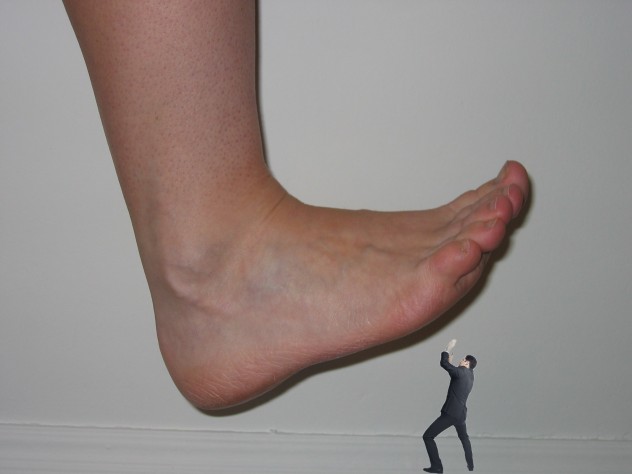 Picture this scene. You’re chilling out in your living room with your family, perhaps playing a board game or watching TV and a giant, dirty foot the size of a garbage truck comes smashing through your roof, flattening your coffee table and its owner demands you wash it. Congratulations, you’ve just been visited by the Ashiarai Yashiki. The creature will promptly vanish if you peacefully agree to wash his foot—but if you’re too shocked and horrified to wash this large (and hairy) foot, he will instead rampage through your house until you do. 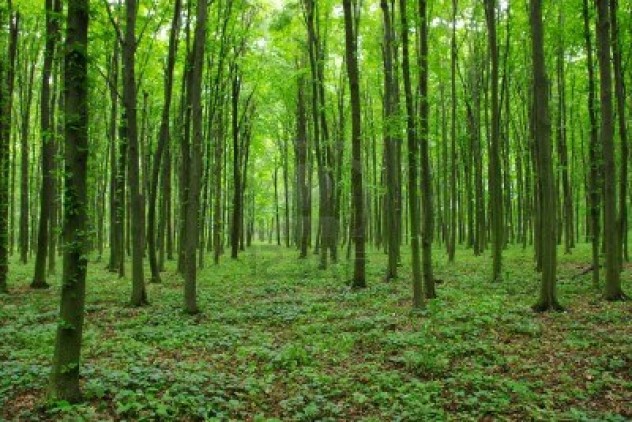 The hidebehind can never be seen because he, well, hides behind things. If you feel like one is watching you and quickly turn around to catch it, the hidebehind will instantly disappear behind a tree—continuing the worst game of hide-and-seek you never asked to play. 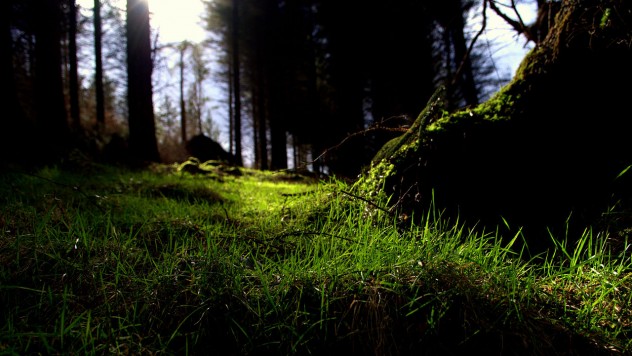 The clurichaun is the cousin of the leprechaun. Irish stereotypes aside, it’s a constantly drunken little fellow that likes to have a fight and then go joyriding on sheep or dogs. The clurichaun is considered the evil alternative to the leprechaun, kind of like Warwick Davies in the film Leprechaun. They spread bad luck and eat fairies. Like leprechauns, they also have a pot of gold—but unfortunately, their gold is cursed.

Besides, would you really want gold that smelled like booze and sheep and shame? 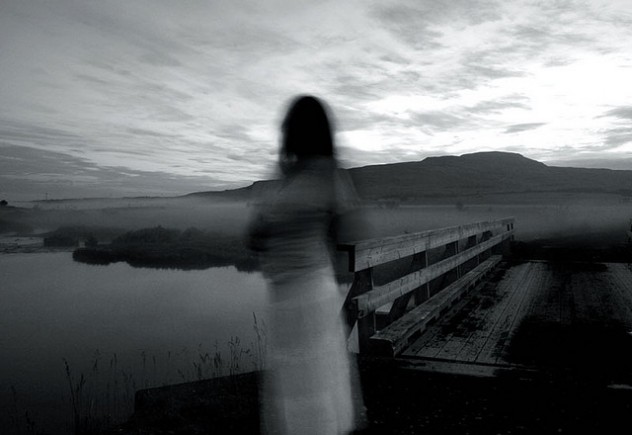 The sihuanaba of Central America appears as a beautiful naked woman seen from behind. When men see her, they go crazy and chase her through the woods and over the edges of cliffs. But the sihuanaba is actually looking for her male counterpart, not a human man, so when she realizes that the guy trying to woo her is a human, she turns around to reveal the head of a horse. At this point, the man usually dies of fright because holy crap, horse.

The Shirime is a supernatural Japanese creature with a completely smooth, featureless face. What’s simultaneously frightening and hilarious about this guy is that he stops strangers in the road by asking them innocuous questions, and then abruptly bends over to reveal that he has a giant blinking eyeball where his butt should be. In fact, the direct translation of his name is “butt-eye.”

Luckily, Shirime doesn’t use his power for extreme evil. Like Slimer from Ghostbusters, he’s content to just scare travelers. 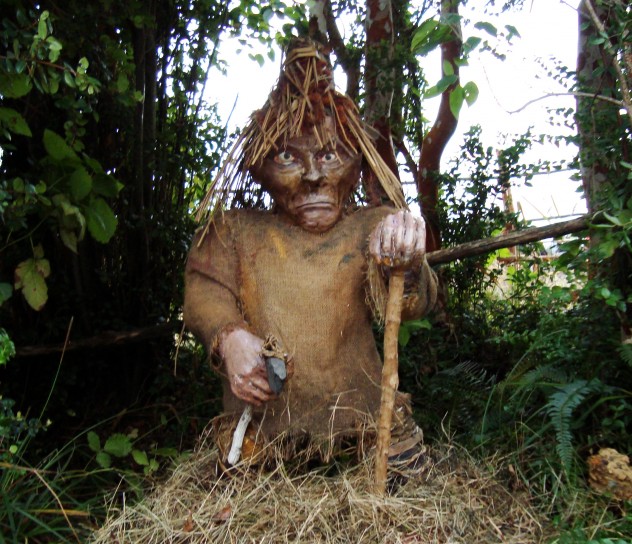 The Trauco is a malevolent, footless dwarf who lives in the forest of Chile and carries a stone axe. That’s right: this monster doesn’t even have feet. But that doesn’t affect his sex appeal, which he somehow has oodles of. Apparently, despite being an armed, footless dwarf, he’s irresistible to women and is responsible for all mysterious pregnancies in the area.

And when he’s not banging ladies, he’s banging his stone axe into trees purely to demonstrate his virility. 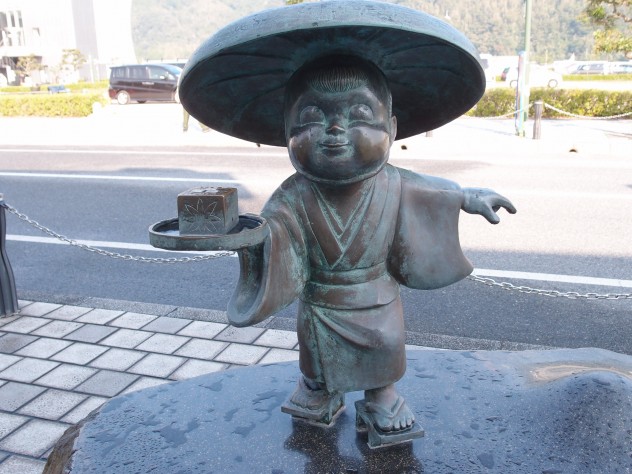 We’re trying to keep a straight face as we write this, but it’s not easy. Okay, here goes: Tofu Kuzo is a giant baby with a large bamboo hat carrying a block of tofu tastefully garnished with a Japanese maple leaf. The Tofu boy’s tofu is actually cursed and causes a stomach fungus and an agonizing death. Not that anyone would likely eat tofu offered to them by a giant baby in a bamboo hat in the middle of the night on a dark and lonely road, but there you have it. 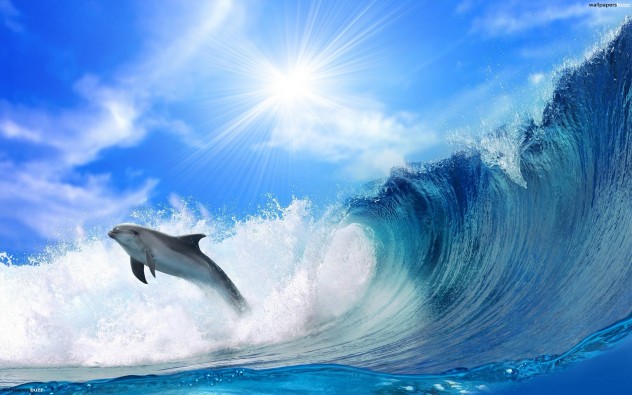 An encantado is a Brazilian demon that comes from a water realm. Due to the fact that he’s a cross between a human, a dolphin, and a wolf, he’s kind of a “were-dolphin.” The encantado in human form is a beautiful bald man wearing a hat to cover his blow hole. In dolphin form he’s a freaky fish with hands.

Encantados come on land at night in immaculate white suits, casting spells to cause sickness and seducing young ladies who have to be restrained to prevent them from drowning when they try to follow their fishy lovers back to the river. That’s right: this guy’s essentially the Ryan Gosling of bald fish monsters with blowholes. 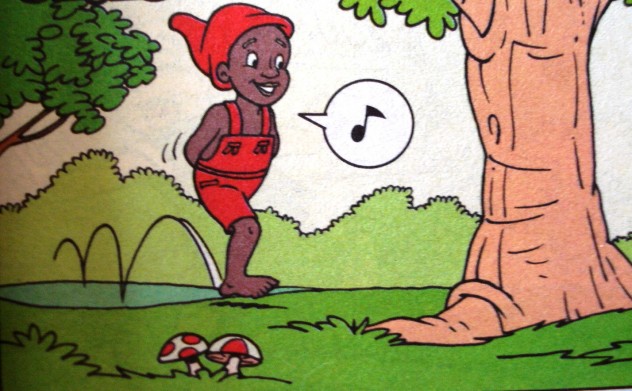 Saci is a mysterious forest trickster from Brazilian culture. He’s a one-legged little boy with a red cap who runs around the forest smoking a pipe and causing mischief. It’s said that his red hat grants wishes. But according to those who have caught him and got hold of the hat (because we know their opinions are unimpeachable) the hat stinks so bad that you can never wash the smell away.

Saci is kind of like Heath Ledger’s Joker crossed with Popeye and Chris Rock, and he causes such heinous acts as souring milk and preventing popcorn from popping.

The leshy is a blue, shapeshifting creature of Slavic mythology who lives in the forest as its protector. The leshy can shapeshift to look like nearly anyone or anything, and can only be spotted when in human form by the fact that it almost always wears its left shoe on its right foot, like an idiot.

The leshy sometimes kill humans by tickling them to death. Apparently, it doesn’t intentionally tickle people to death but sometimes get carried away and the human dies in the process.

Aaron Short has written a few articles for Cracked and runs a movie blog.