Houseflies, horseflies, fruit flies, mosquitoes and gnats are all examples of the insect order Diptera, latin for “two-winged,” and include an estimated 250,000 species around the world, from sinister parasitoids to beautiful nectar-feeding pollinators. Some, however, are adapted to such unusual conditions that they’ve lost their most defining feature; throughout the world, flightless flies include some of the weirdest, rarest and most specialized insects known to man. 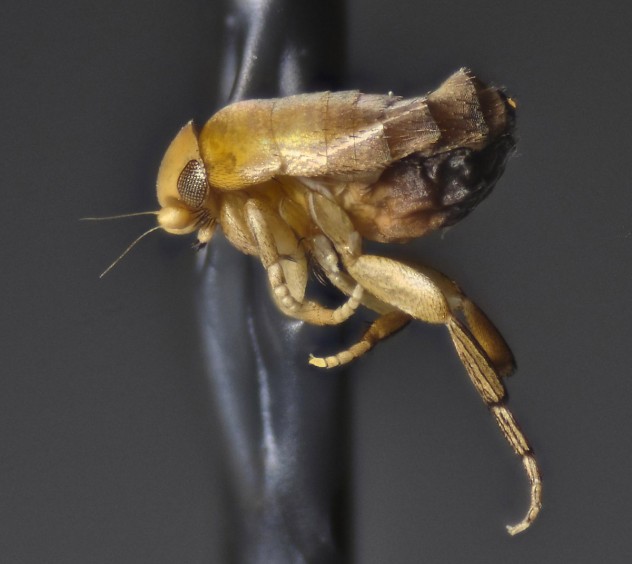 With a thin crescent head and a rounded, pill-like body, this pinhead-sized animal looks more like a mite or a beetle than a fly. This form is well-suited to creeping about their only known habitat: the nests of termites. It’s not entirely known what they eat, but it’s possible they prey upon termite eggs or make pests of themselves in their hosts’ fungal gardens. 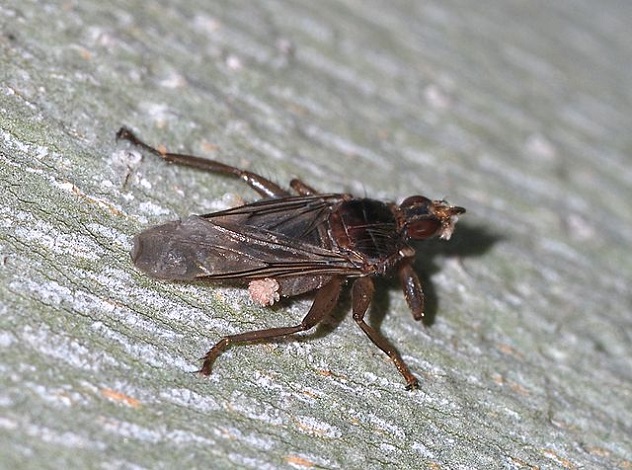 Flat and tick-like, this large group of bloodsucking flies are more devoted to the parasitic lifestyle than your usual horseflies or mosquitoes, sometimes remaining on the same host for their entire adult lifespan. Some species are winged, but only fly once before their wings rub off in a host’s fur. Others are flightless from the start, their entire life cycles spent on their host. Various species can be found on birds, deer, cattle, and particularly sheep, whose hides can be ruined by their large bite wounds. 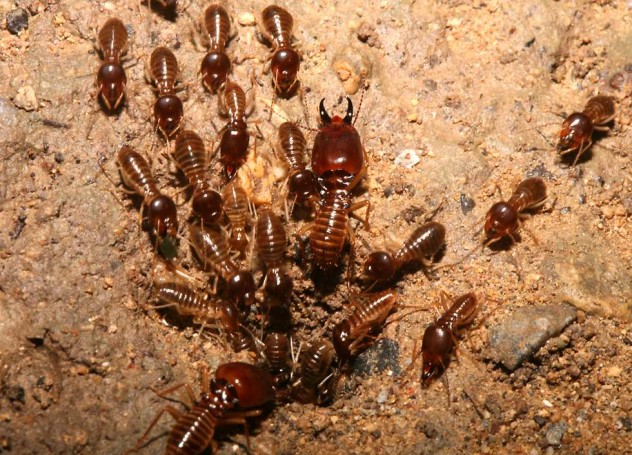 As their names imply, this is another fly that lives in the nests of termites. In this case, the female resembles a normal fly until she mates, leaving behind the male who dies shortly after. The female enters a termite mound, loses her wings, and slowly changes shape. Her abdomen swells, taking on the rough form of a young termite and blends with the colony through a chemical secretion that termites find quite tasty. 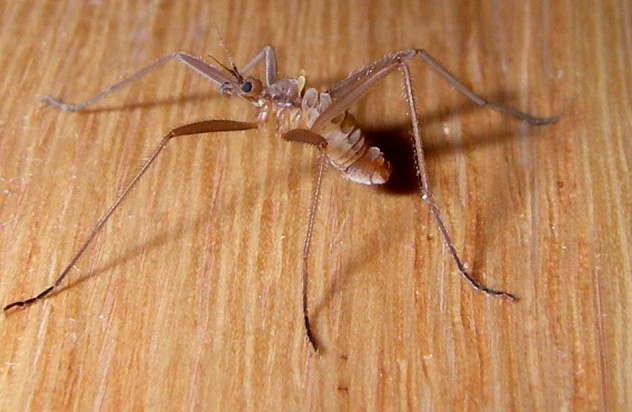 We don’t usually associate insects with snow, but crane flies (otherwise known as snow flies) are well-adapted to icy conditions, including some of the highest altitudes of any non-microscopic animal. Glycerol, a natural antifreeze, keeps the little guys from turning into bug-sicles. By giving up flight, they conserve even more heat and energy. Their larvae feed on organic matter under the ground. Adults, who live only to mate, are unable to feed; they just sip a little water from the ice and snow. 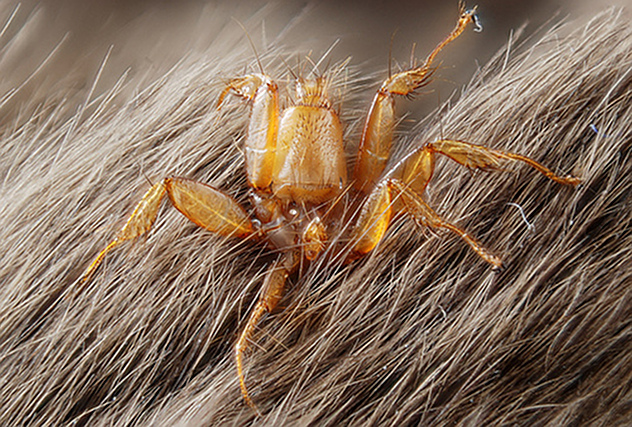 More closely resembling a crab or spider, these weird parasites feed only on the blood of bats and need those long, prickly legs to hang onto their flying hosts. Their maggots complete development still inside the mother’s body, allowing her to lay pupae rather than eggs—which is quite unusual for flies. These soon “hatch” into fully developed, sexually mature adults, ready to cling for dear life to their furry food source. 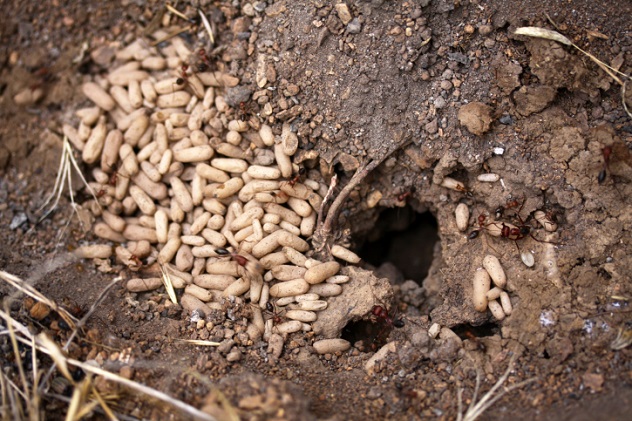 While it may resemble a maggot, this fly is an infiltrator of army ant colonies. Dwarfing her tiny head and thorax, her bloated abdomen looks, smells, and feels almost exactly like an army ant grub. The ants are fooled into carrying, feeding, and protecting this impostor as one of their own. When the ants stop to rest, the winged males sneak in to mate with these freeloaders and quickly escape. 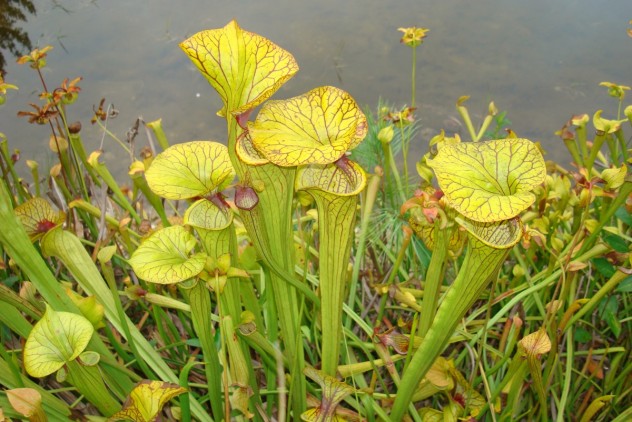 This rare Australian fly raises its larvae in the water-filled traps of an insect-eating pitcher plant, where they resist the plant’s digestive enzymes and feed on whatever else falls in. The adult flies closely resemble ants, which may be a case of defensive mimicry. Many creatures who would love to devour a juicy, defenseless fly prefer not to anger a stinging ant colony. Strangely, adults are more commonly found in arid habitats where their pitcher plant hosts are unable to grow, implying they may travel quite far between mating and egg-laying. 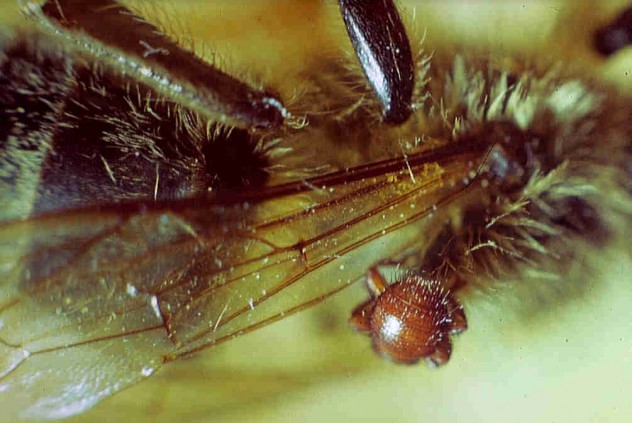 When a honeybee is feeling hungry, it can always depend on its nestmates for an emergency refueling; using its antennae, it tickles the face of a fellow worker, triggering the regurgitation of a droplet of nectar. This is how bees constantly distribute nutrients around the colony to those who need it most, but wherever there’s free food to be had, you can bet something will evolve to take advantage of it.

The wingless flies known as “bee lice” spend their entire adult lives on the bodies of social bees. They’re so small they can even wedge themselves into the sockets of their host’s wings. Whenever they want food, they scurry down to the bee’s face, and tap out that same signal used by other bees to share food. The poor host uncontrollably spits up, and most of the food is completely wasted once the minuscule parasites have had their fill. These sneaks can become numerous enough to greatly shorten bee lifespans and weaken entire colonies, creating an epidemic of insect bulimia. 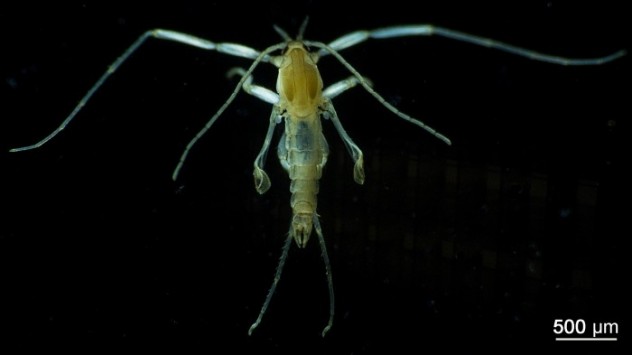 As larvae, these tiny gnats live submerged in stagnant tide pools, feeding on algae and rotting marine flotsam. This makes pontomyia one of the only known insects on our planet to colonize saltwater environments. Adult males are also the only insects who travel exclusively on their hind legs. They stand upright on the water’s surface while their tiny, flipper-like wings push them forward. Females lack wings or even fully developed legs. Their grub-like bodies simply float to the surface, where they are picked up and carried by the water-skiing males for what sounds like one of the most fun lovemaking sessions in the animal kingdom. 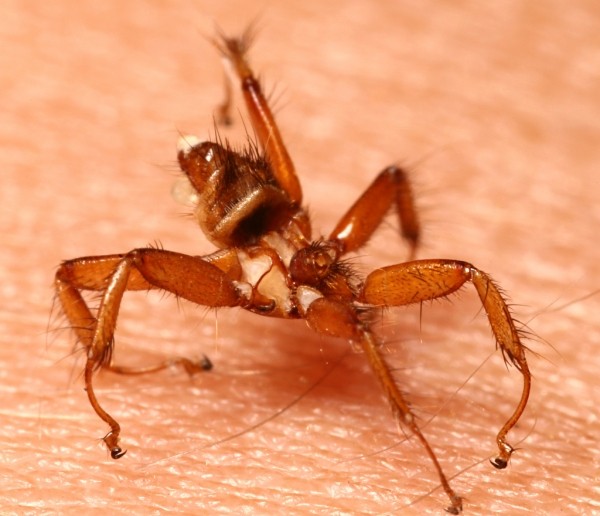 Unrelated to our earlier bloodsucking bat fly, this oddball species belongs to its very own taxonomic family. Unlike those other, less scrulupous “bat flies,” these blind insects are harmless guano-eaters. They even clean fecal residue directly from bat fur. Though they would make tasty morsels for the winged mammals, the two very different creatures have evolved a mutual tolerance for one another.

As unwholesome as their lifestyle sounds, these helpful symbiotes are among the only flies to demonstrate devoted parental care; they work together to rear larvae in communal “nurseries.” Females have been observed using their mouths to groom one another and their young, while certain special males seem to age into a sort of “guardian” caste. They watch over the nursery and emit a high-pitched noise that directs bats away from the fly’s breeding grounds. In a sense, they stand around all day screaming “don’t step on our babies! You need us for toilet paper!”

Jonathan Wojcik is a web cartoonist and avid biology enthusiast. More of his writing, as well as artwork, can be found on bogleech.com