Disneyland opened in 1955, and ever since, visiting a Disney theme park has become something of a milestone of childhood. There are currently five Disney parks—Disneyland and Walt Disney World in the United States, Tokyo Disney, Disneyland Paris, and Hong Kong Disneyland. A sixth park, Shanghai Disney, is currently under construction, with plans to open in 2016. In a previous list, I detailed some people who met untimely ends while visiting the parks. This list aims to be far less grisly, but no less weird. 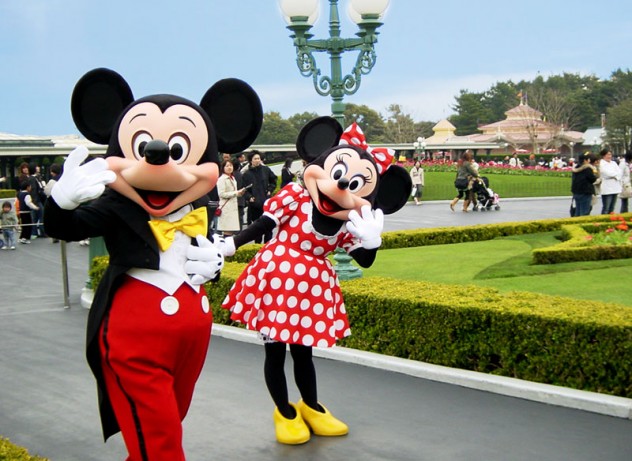 Although described by many visitors as “the happiest place on earth,” Disney parks often prove just the opposite to their employees. The staff at Disneyland Paris seem particularly hard-hit; in 2010, after a shift in management that increased their workload, two park employees committed suicide. One, a chef named Frank, scratched a message into his wall before hanging himself: “Je ne veux pas retourner chez Mickey” (I don’t want to go back to Mickey’s house).

Employees (many of whom make just over minimum wage), complain of exhausting six-day workweeks, and claim there is little chance for advancement. When management got wind that their disgruntled staff was referring to the park as “Mousewitz” after concentration camp Auschwitz, they urged them to stop. The staff complied, switching the name to “Duckau.”

9The Wizard Of Bras 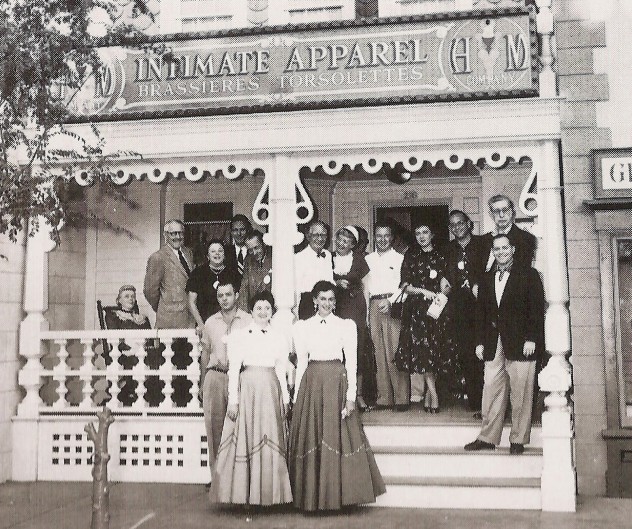 When it opened in 1955, Disneyland was far from a sure thing. Walt relied heavily on outside corporate sponsorship to keep the money rolling in. One such sponsor was the Hollywood-Maxell Brassiere Co. of Los Angeles, which operated a store inside the park called “Intimate Apparel, Brassieres, Torsolettes.” About half the store was dedicated to selling modern lingerie, the other given over to a museum of the history of the undergarment. This gallery was overseen by an animatronic, vizier-like character in a turban called “The Wizard of Bras.” Perhaps not surprisingly, the store only lasted about six months, and in January, 1956, the Wizard was relegated to history books.

Historically, those who have been cremated have requested to have their ashes scattered in some place of beauty and solace, perhaps a Hawaiian beach at sunset. In November of 2007, security cameras caught a woman dumping an unknown substance during the “Pirates of the Caribbean” ride at Disneyland. Security arrived after the woman left, and Anaheim police identified the substance as cremated human remains. The ride was shut down, and it took over an hour to clean up the mess. Strangely enough, this is not an isolated occurrence. Some people even ask Disney for official permission (the answer is always “no”). Perhaps not coincidentally, Disney insiders have asserted that the most common ride for mourners to pour ashes from is the “Haunted Mansion.” 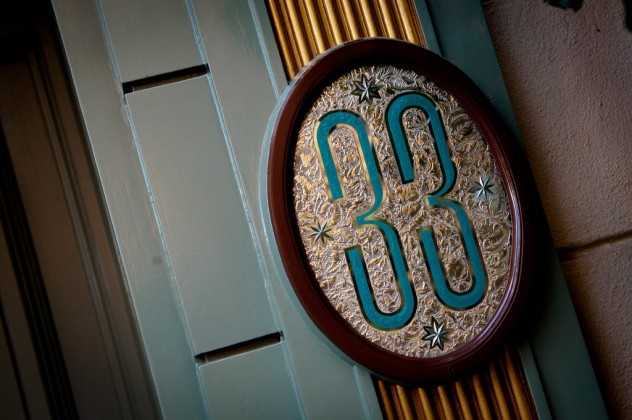 Behind a nondescript green door in the New Orleans Square section of Disneyland is one of the most elite and exclusive clubs in all the world, with a waiting list over 10 years long. Club 33 was Walt Disney’s answer to a VIP lounge, an ornate bar and restaurant that calls to mind an ornate, plantation-style mansion. In 2012, in honor of the Club’s 45th anniversary, memberships were offered at a cost of $25,000 each (with an additional $10,000 in annual dues). Club 33 is the only place on the entire grounds of Disneyland where alcohol can be purchased. It is rumored that only about 500 or so people are members, and celebrities alleged to have been seen there include Tom Hanks and Jack Nicholson. 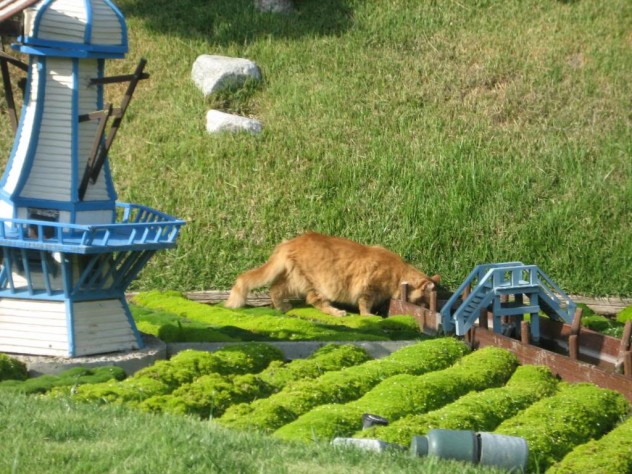 Keeping up the illusion of a pristine, child-friendly utopia on Disneyland’s sprawling 85 acres is no easy task. After the park closes, an army of workers descend on its streets, sweeping and blasting away gum stuck to the sidewalk. There are even divers that collect the garbage that is dropped in water rides. But Disney has even more unorthodox “employees,” a legion of some 200 feral cats that roam the grounds after sunset. While it might seem to behoove the park to rid itself of the cats, they serve an important purpose: keeping the rodent population in check. The animals are well cared for; Disney spays and neuters adults, and brings kittens to shelters. Food stations are set up throughout the park. For their part, the cats behave themselves, lying low during daylight hours. And should a kitty peek out at you from behind the Matterhorn, Disney management seems convinced it would be far less traumatizing than seeing a rat scamper across Main Street, USA. 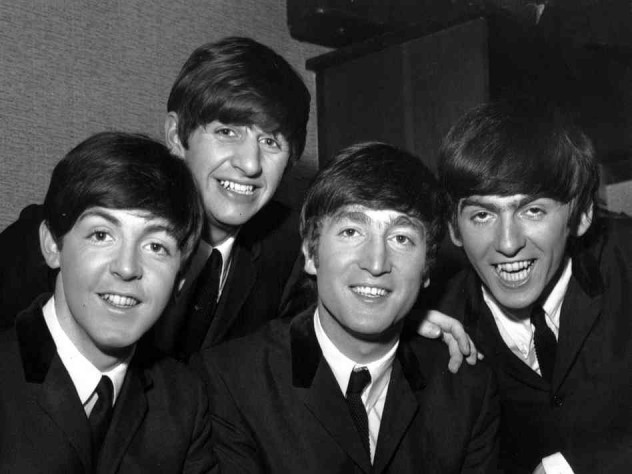 The Beatles require little introduction. Unfortunately, they were nearly as well-known for dissension in their ranks as they were for their hits. They squabbled over financial advisors, George Harrison slept with Ringo’s wife, John Lennon sought a singles career alongside paramour Yoko Ono: the list spiraled out of control. It was all over by 1970, but litigation continued until 1974. On December 29, 1974, while vacationing at Walt Disney World’s Polynesian Resort with his family, John Lennon finally signed the paperwork that broke up The Beatles forever. 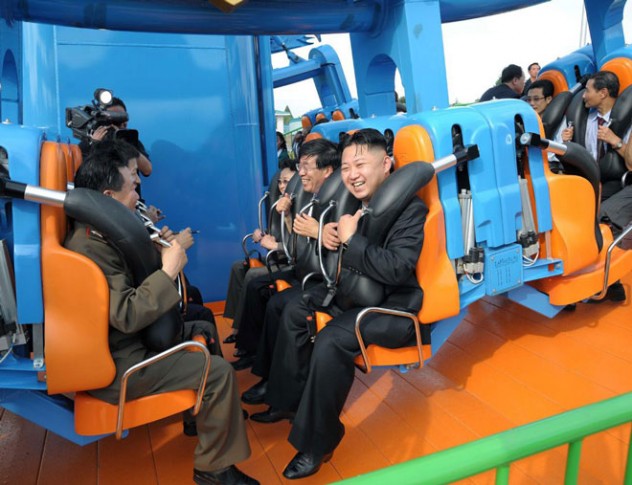 For decades, North Korea has been known as something of an “evil empire,” and its leaders have been recognized for cartoonish excesses. There seemed no limit to the superhuman extravagance of Supreme Leader Kim Jong-Il; he reportedly consumed $750,000 worth of Hennessey cognac every year, owned over 17 mansions, and (according to the North Korean state website) never pooped. Once, he kidnapped a pair of directors to make him his very own Godzilla knock-off movie. It should not seem so very strange that his sons would have similar fixations.

Using false identities, both current ruler Kim Jong-Un and his brother, Kim Jong-Chul, visited Tokyo Disneyland as children. In 2001, eldest son Kim Jong-Nam brought shame on the family (and dashed his hopes of becoming the heir to the rule of North Korea) when he was caught using a forged Dominican Republic passport trying to sneak into Japan so he could visit Tokyo Disneyland himself. 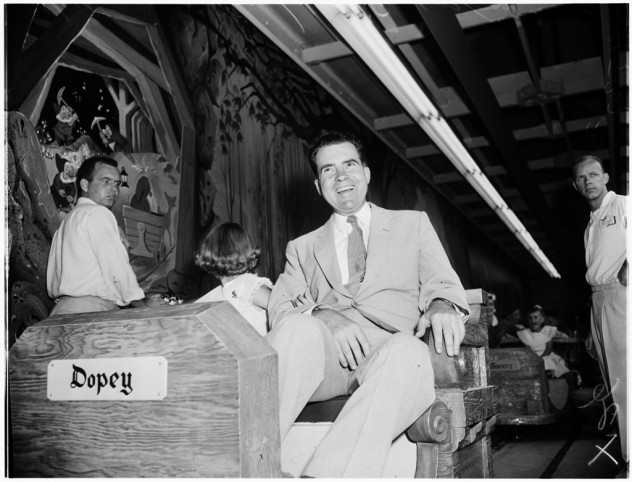 Although every commander in chief from George Washington to Barack Obama is represented with an individual animatronic figure in Walt Disney World’s “Hall of Presidents,” few have been as deeply tied to Disney as Richard Nixon. A very frequent visitor to Disneyland, he first stopped through with his family a few weeks after it opened, when he was still Vice President under Dwight Eisenhower. But his most epic moment at Disney would be held in Florida, at Walt Disney World’s Contemporary Resort, on November 17, 1973. Facing down hundreds of reporters in the midst of the Watergate scandal, he delivered his famous “I am not a crook” speech. But of course he was, and nine months later, he delivered a somewhat less-vehement speech announcing his resignation from the Presidency.

The cast of Splash Mountain may be unfamiliar, particularly to younger guests. The characters are adapted the from 1946 Disney movie Song of the South, which has not been released on video in the United States due to its overtly racist tone. Song of the South is the tale of slave storyteller Uncle Remus, who spins yarns of the clever Brer Rabbit. But Splash Mountain has long been known more for its nudity than any ties to bigotry.

Beginning in the 1990s, female guests began a campaign of baring their breasts just as the log flume began its final descent. A camera set up to take souvenir photos would catch them in flagrante. The pictures rapidly spread on the Internet, and scores can be found with a simple Google search. Soon, Disney began training employees specifically to weed out these pictures, and their frequency subsided (although recent staff cuts have allowed the phenomenon some new life). One plus side—if someone else flashes the camera while you’re on Splash Mountain, informing a Disney employee will allow you to cut the line and ride again without the boobies. 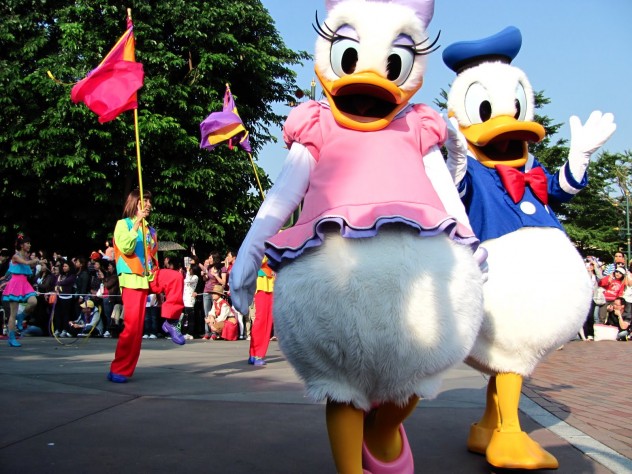 Perhaps the most bizarre tale to emerge from Disney parks is the prevalence of lewd cartoon characters. In 1976, a woman filed a lawsuit claiming one of the Three Little Pigs grabbed her (she later dropped the lawsuit after it was shown the character’s suit had inoperable arms). In 2004, a Tigger actor was acquitted of molesting a 13-year-old girl and her mother. In 2011, Disney settled out of court with a woman who claims a man in a Donald Duck costume grabbed her breast. Strangely enough, this is is not all one-sided. In 2009, a 60-year-old man named John Moyer was convicted of misdemeanor battery for groping Brittney McGoldrick, who was wearing a Minnie Mouse costume at Disney World.