Sometimes a person doesn’t want others to know who they are—maybe they do something illegal, maybe they play a character and don’t want to break that illusion for others, or maybe they just like messing with people. For whatever reason, there are people out there who have not only adopted alternate identities, but have gone to extreme lengths to preserve or maintain them.

Phoenix Jones is part of the real-life superhero movement, a group of people who have donned costumes and flamboyant personalities to help law enforcement and the general populace. Despite being a man who literally ran around in a skin-tight black and gold suit, Jones managed to avoid having anyone find out who he was by refusing to name himself in interviews and conducting all media appearances under the guise of his alter ego. These interviews were mostly to spread his message that he wasn’t going to stand idly by as crime ran rampant in his city. But it’s not just the costume that showed Jones’s dedication to maintaining his superhero persona: he leads a small team of heroes call the “Rain City Superheroes” that patrol different districts in Seattle almost nightly, stopping fights before they occur and providing medical assistance to people who need it.

After an arrest and unmasking, it turned out that Phoenix Jones was actually a fresh faced 22-year-old with a rocking flattop haircut, called Ben Fodor. After revealing his identity, Fodor vowed to continue fighting crime. After all, what would a hero be without dedication? 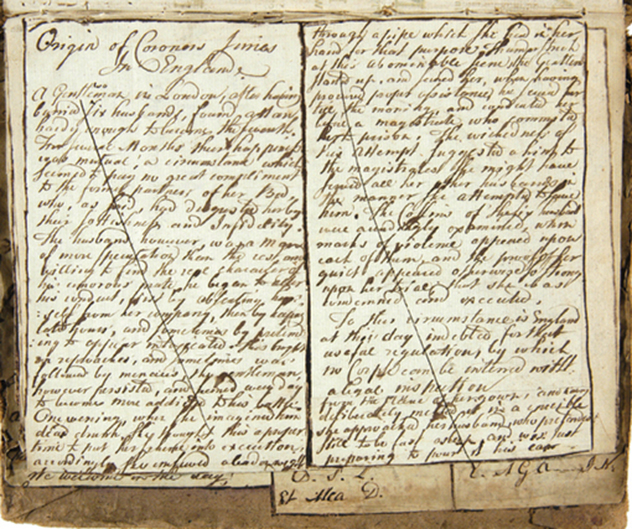 Junius was the pseudonym of a to-this-day unknown writer who contributed dozens of letters to the London newspaper Public Advertiser between the years of 1769 to 1772. What made this writer so infamous was the fact that the majority of his letters took brutal shots at the upper echelon of society: they mocked a princess dying of cancer, reveled in a duke’s wife being unfaithful, and even taunted the freaking King about his dying mother.

Using the evidence that Junius was both inflammatory and remarkably well educated, a number of people (60 in fact) have been proposed as the possible original author of the letters. However, despite centuries of research into Junius’s identity, there has never been a strong enough argument for anyone to know for sure who he or she may have been. It’s likely that Junius’s real identity will never be revealed, which is a tragedy for all the Internet trolls who will never know who their god is. 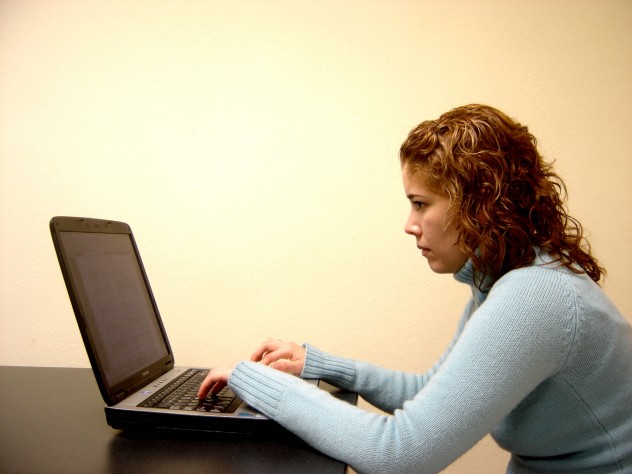 Kaycee Nicole is perhaps one of the most infamous and oddly impressive cases of Münchausen by Internet in recent history. She was the online persona of Debbie Swenson, who, via online chat rooms and blogs, managed to convince a number of people that she was a young, college-aged girl suffering from leukemia. Debbie maintained a dual role as Kaycee and her mother for two freaking years, taking phone calls, accepting gifts, and conversing with dozens of people, some of whom actually had cancer, on a daily basis.

It wasn’t until Debbie tried to kill off Kaycee that the whole lie came unraveled. People quickly began to pick up on holes in the story and clues that things weren’t as they seemed: Kaycee and her mother made similar spelling mistakes, and there were major inconsistencies in the descriptions of her condition. When the suspicions came to a head in a New York Times interview, Debbie maintained that although she’d done something wrong, her horrible, terrible lie had “helped a lot of people.” We presume she was cut off before finishing that sentence with “be distrustful of strangers online forever.”

We’d like to introduced you to Buckethead, the greatest guitarist you’ve probably never heard of. Though Buckethead’s real name (Brian Carroll) is well known, you’d be hard pressed to find out anything else about that side of his life. The details of his on stage persona, however, are public knowledge: according to his backstory, his mask and KFC-bucket hat are necessary because he was raised by chickens who pecked his face off. You can find the rest of the details by checking out his website or by listening to one of the 50 full-length albums he’s created. Yes, 50.

In interviews, Buckethead only communicates through a hand puppet known as Herbie. When he toured with Guns N’ Roses (yes, that Guns N’ Roses), he played every song in his trademark costume and even started each set by appearing on stage and dancing the robot while swinging nunchuks around. Which still made him less crazy than Axel Rose, but shows a level of dedication to his character you can’t help but admire. 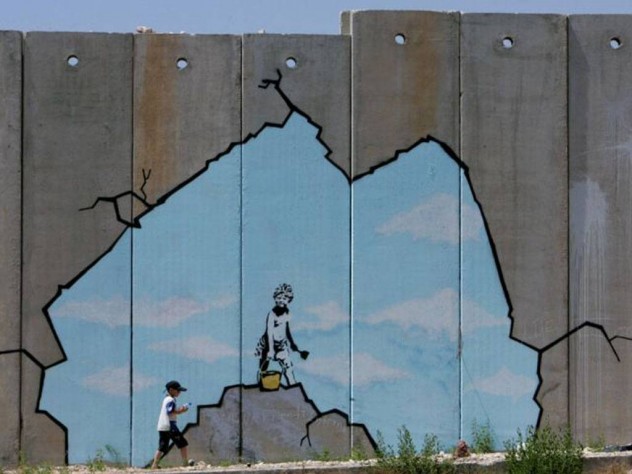 The name Banksy has leaked into pop culture over the last few years as the artist has grown from a simple graffiti tagger to a critically acclaimed artist. Through all of the media attention, interviews, and even hosting a freaking art exhibit to show off his work, Banksy has never been identified.

This is made all the more impressive by the fact that despite his fame, everything Banksy does is very illegal, and most of his work is destroyed or removed as soon as it is discovered. Private business owners, however, usually have more sense and opt to leave his work up to attract customers.

Top 10 Songs You Didn’t Know Were Written by Prince

Prince has had a hand in the creation of more songs than most artists in musical history. On top of his own massive back catalog, Prince has writing credits on tens of dozens of other songs as well as a literal vault filled with music we’ll likely never get to hear. During his long career, Prince has adopted more aliases than the Wu-Tang Clan and NWA combined: Jamie Starr, Joey Coco, and Paisely Park are just a few—and there are probably dozens more we’ll never find out about.

Despite this impressive list of alter egos, it’s probably Prince’s decision to adopt an unpronounceable symbol as his new identity that most people will be familiar with. According to Rolling Stone, this decision was made almost purely to annoy Warner Brothers, who wanted to be able to market him more easily, even though just writing “Prince” on an album cover should have made it easier to sell than ice in a desert. Prince stuck with this name change right up until his contract with Warner expired—after which he quickly changed it back to Prince. 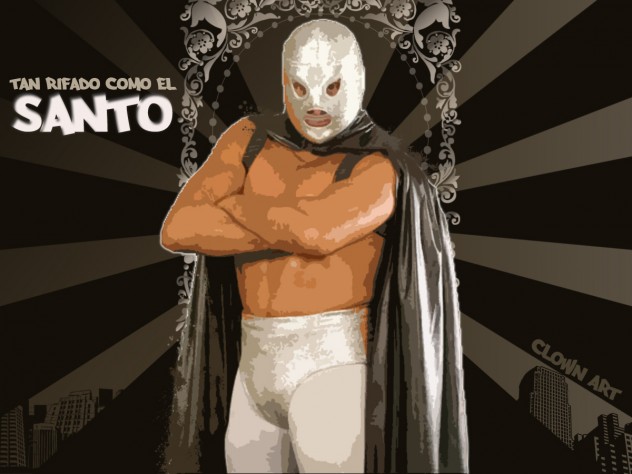 El Santo (“The Saint”) is the most celebrated Luchador in Mexican history—and no one knew he was. For every public appearance he ever made , El Santo appeared in his trademark silver mask. He ate with it on, slept with it on, and, in situations where he literally could not avoid taking it off, he’d do so behind a screen so no child would see him without it.

In fact, the only documented time El Santo ever took off his mask in public was on a national television show, and less than a month after this landmark event, El Santo passed away. He was buried wearing the mask he’d opted to wear all his life, and his funeral was attended by the many friends and “enemies” he’d made in the ring—all of whom appeared in their own masks in one of the most beautifully idiosyncratic displays of respect in entertainment history. 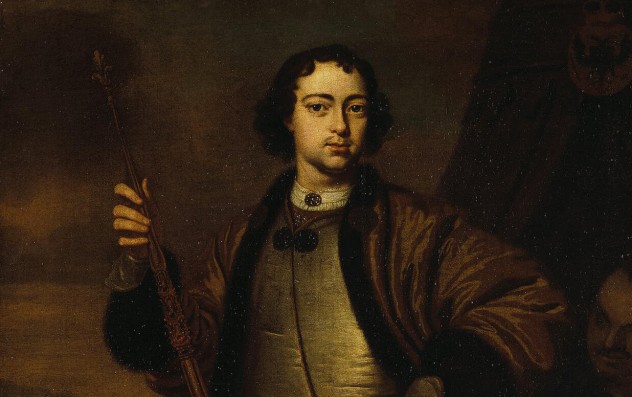 Peter the Great, as you can probably guess by his name, was one of the most famous and well liked tsars of Russia. Peter’s face was well known across Europe, but he still managed to travel incognito across much of the continent—a feat made more impressive by the fact that he was about two meters (seven feet) tall.

Despite his best efforts, Peter was invariably recognized many times in his travels (probably because of the fact that no one else is that tall). But come on, you have to give the guy points for at least trying. 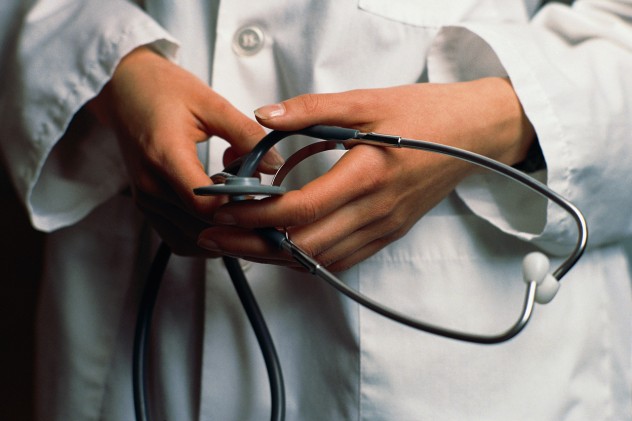 James Barry is the first biological woman in British History to become a doctor—the catch being that she accomplished this by spending her whole life pretending to be a man. By taping down her more obvious female parts and wearing thick, ill-fitting clothes, James (born Margaret Bulkley) was able to convince virtually everyone she met that she was 100 percent dude, thus allowing her to enter and study at a medical school at a time when such an option was technically only available to men.

Not only did Barry study at (and pass) medical school without anyone suspecting he was actually a she, she also managed to join the army as a hospital assistant. Barry worked to keep up her illusion by straight-up threatening anyone who questioned her suspiciously high voice and soft woman-like skin, even entering into a duel one time for that exact “insult.” Her sex was not discovered until after she died, dooming her to be remembered as “that doctor lady who pretended to be a guy” rather than “the surgeon who accomplished the first successful Caesarean-section in Africa,” despite the fact that the latter is a lot more important in the long run. 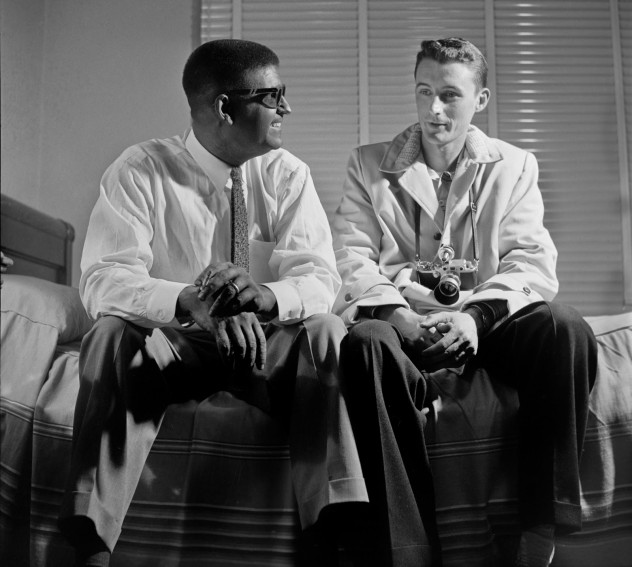 If you thought living as another gender was impressive, what John Howard Griffin did is going to blow your freaking mind. John, a white man, became and lived as a black man for six weeks. In the ’60s. In the Deep South. Why? To write a book about living as a black man.

And when we say he became black, we mean that he really went for it: he took pills, cut his hair, and tanned beneath an ultraviolet light for upwards of a dozen hours a day until his skin took on the dark, smokey hue he knew would earn him the disapproving stare of every white man he came across. During his time, John was routinely subjected to the host of inequalities black people of the time had become used to: he was denied seating and the right to go to a bathroom, was ejected from cafes, and was told point-blank that the white man was doing him a favor by “putting white blood in his kids” when he was quizzed about whether his wife had slept with a white man (which she obviously had done).

After his ordeal, John collected his experiences into a book, aptly titled Black Like Me.

Karl has a Twitter account, if you’re into that sort of thing, and often updates his own site with the work he does elsewhere online.