Who was Jack the Ripper? What really happened to flight MH370? Are chemtrails just a theory or something much more sinister? Unexplained mysteries have fascinated the world for hundreds of years and will continue to do so in years to come. Below are some mysteries related to tragic events in history, which may or may not ever be solved.

10 The Sinking Of The Lusitania 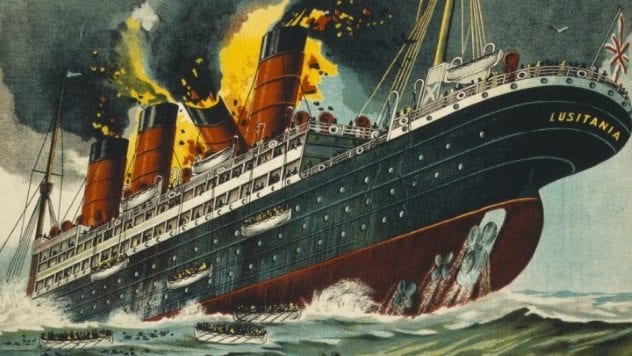 Photo credit: US Library of Congress via France 24

The Lusitania sank on May 7, 1915, 18 minutes after being struck by a torpedo fired from a German U-boat. Nearly 1,200 people died. The US press called Germany barbarians for attacking a passenger ship in a country that was neutral in World War I at that point. In Germany, citizens were being told that Britain allowed the ship to be sunk because of illegal cargo.

In the midst of all the conspiracy and confusion, another tale emerged that remains a mystery to this day. Only 15 seconds after the impact of the torpedo, a second explosion rocked the Lusitania. The cause of this explosion has yet to be determined. Some believe that cold water reacted with the ship’s boilers, causing them to explode, while others are convinced that illegal ammunition had been set off onboard. Considering that the ship could have stayed afloat after the torpedo hit, the second explosion (which presumably caused it to sink) remains a hot historical topic. 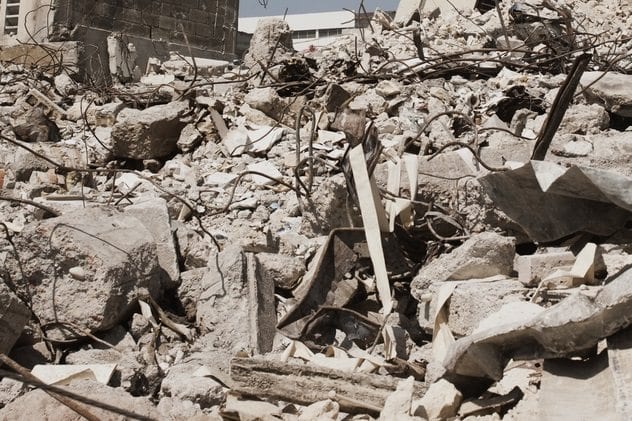 Evan Muncie survived 27 days trapped in a huge mound of rubble after a massive earthquake struck Haiti in 2010. After being rescued, doctors were amazed that he was still alive, seeing how emaciated he was after having no food or water for a month. But the story that Muncie told amazed them even more. Muncie insisted that he only survived because a figure in a white coat brought him water on a couple of occasions.

While the greater majority of people have dismissed his claims as hallucinations, it remains a mystery how he could have survived if someone had not in fact brought him water. There was certainly no evidence of another person being able to squeeze into the same space where Muncie was found. Muncie had no major injuries other than wounds on his feet, and he made a full recovery. 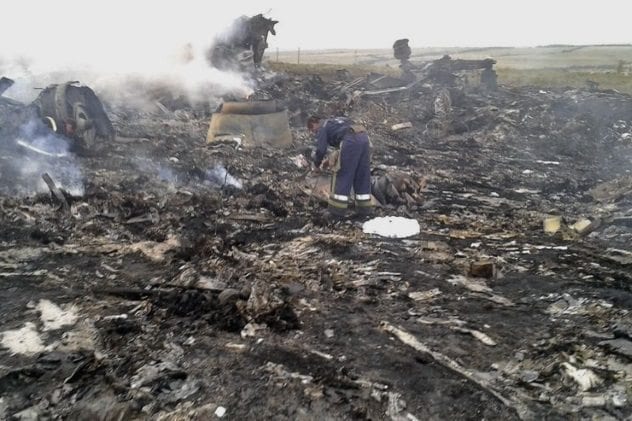 Photo via the International Business Times

While many conspiracy theories surrounding the Malaysia Airlines flight MH17 tragedy have been debunked, one incident remains an unsolved mystery: Why was an Australian passenger wearing an oxygen mask, and why was he the only one?

The plane was shot down by a surface-to-air missile, instantly killing three crew members in the cockpit. The Boeing 777 broke apart in the air after the missile strike and subsequent loss of electrical power. The impact ultimately led to the death of everyone aboard the plane. The deployment of the oxygen masks was prevented by the loss of power, though they most likely fell from their storage places as the plane broke apart.

Even after thorough investigations by experts, it remains unclear why only one passenger had a mask strapped around his neck. It could also not be determined whether the passenger had used the mask himself or whether someone on the ground had placed it on him. 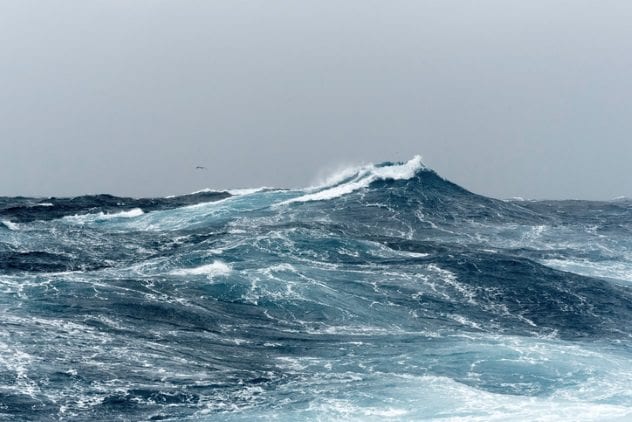 In October 1996, the passengers of a yacht called Intrepid made a distress call to the Coast Guard in Florida. The ship was sinking, and the 16 people onboard told the Coast Guard that they were going to make use of a lifeboat until help arrived. The Coast Guard immediately set off to aid the passengers but ended up searching 15,500 square kilometers (6,000 mi2) of ocean in stormy conditions, without luck.

Four planes joined the search for the missing yacht throughout the night and into the next morning. In spite of the joint effort by the aircraft and the Coast Guard, Intrepid and her passengers have never been found. 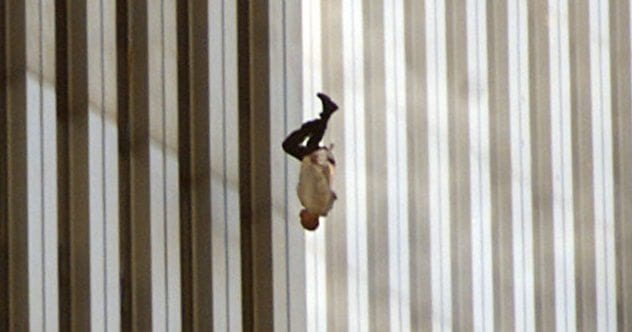 One of the most haunting photos of 9/11 shows a man falling upside down along the side of the crumbling North Tower. It reflects the tragedy of one of the darkest days in US history and was widely circulated in newspapers after the attacks. Many readers felt that the picture should not have been published and lashed out at the publications, causing the picture and the man to be nearly forgotten after a while.

It is believed that the man, who chose to escape the fire and collapsing towers by jumping from his window, may have been an employee at the Windows on the World restaurant, which was situated at the top of the North Tower. His identity, however, remains a mystery. 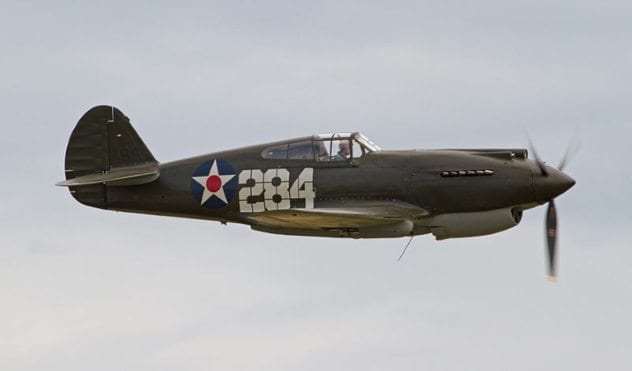 A year after the attack on Pearl Harbor, radar operators picked up a reading that indicated a plane heading toward them from the direction of Japan. Two pilots were sent to intercept the plane, and they were shocked to find bullet holes all over the aircraft and a slumped pilot covered in blood. The plane also had no landing gear. The plane was identified as a P-40 Warhawk, and it had markings hadn’t been used since before the attack. After the plane crashed to the ground, the pilot mysteriously disappeared, never to be found again.

A diary found at the crash site indicated that the plane may have been from Mindanao, but the identity of the pilot and his ultimate fate have yet to be discovered.

4 The Murder Of Cathy Wayne 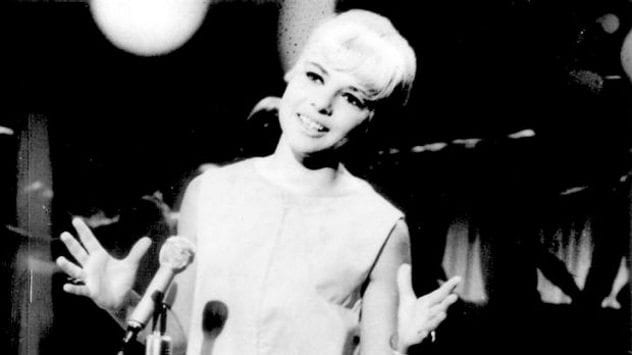 Photo via The Sydney Morning Herald

Cathy Wayne was an Australian singer who was killed by a single .22-caliber bullet while onstage in a military base in Vietnam in 1969. She died in the arms of her boyfriend, who played drums for the band she sang with, Sweethearts on Parade. She was only 19 years old.

A US Marine by the name of James Wayne Killen was found guilty of killing the singer while trying to shoot someone else. After a retrial, he was found innocent and released. Another musician named Don Morrisson believed he knew who shot her, but a lack of evidence prevented him from revealing the person’s name. To this day, Wayne’s killer remains unnamed and unknown. 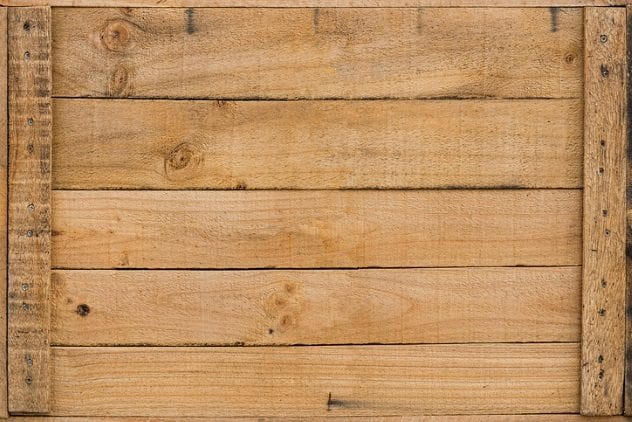 In 1967 during the Cold War, a crate was discovered floating off the coast of Florida, near Hallendale. It contained seven inflated yellow balloons and was addressed to the institute of mineral resources in Cuba, from Leningrad.

Investigations revealed that the crate had been floating in the ocean for at least eight weeks, and there was only air in the balloons. There was no indication of toxic substances inside or surrounding the balloons. A similar but empty crate was found 217 kilometers (135 mi) away, off Marathon. Both boxes were marked as weighing 50 kilograms (110 lb), but the balloon-filled crate weighed only 14 kilograms (30 lb).

The Coast Guard wasn’t convinced that it was all a hoax. The purpose of these balloons, why they were inflated, or how they ended up floating in the ocean remains a mystery. 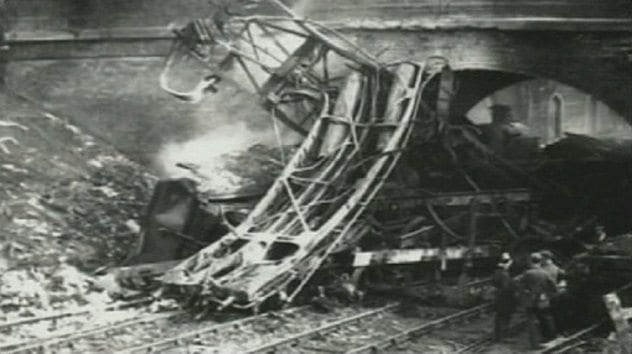 Photo credit: The BBC via the Charfield Community Site

When a night mail train and a freight train collided in Charfield, Gloucestershire, on October 13, 1928, many of the victims of the resulting explosion were burned beyond recognition and were buried in a mass grave to spare their families further trauma. Among the victims were a young boy and girl who were never claimed.

Police officers took notes from survivors about the children, including statements that the girl looked younger than the boy, who was assumed to be about ten years of age. It was also assumed that the boy and girl were siblings. To this day, no one has come forward to say the children were part of their family, and they remain unidentified.

1The Betrayal Of Anne Frank 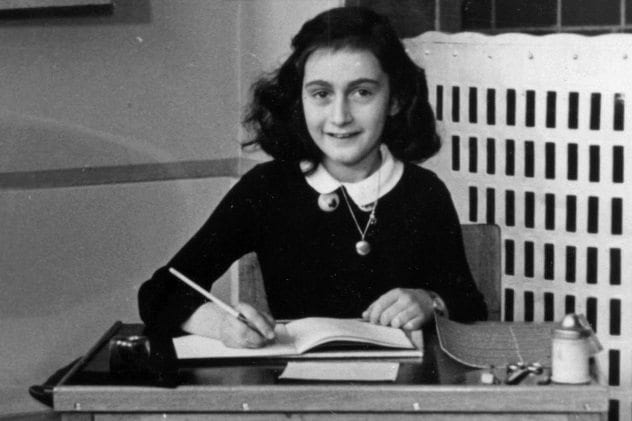 Anne Frank was murdered at the Bergen-Belsen concentration camp after being captured during the Holocaust. Her diary continues to fascinate the world, years after it was discovered. Frank’s father was the only member of her family to survive the war.

The person who tipped off the Nazis, leading to her arrest, has never been identified in spite of many suspects being named. The Nazi officer who received the phone call about Frank’s whereabouts, Julius Dettman, committed suicide after Germany surrendered, and any knowledge he may have shared regarding the phone call went to the grave with him.

Estelle lives in Gauteng, South Africa. When she isn’t reading horror books or watching horror movies, she attempts to write lists on history, horror, or mystery.