Reptiles are often stereotyped as cold-blooded, emotionless, and dangerous. But there’s more than meets the eye with our scaly friends, and upon further examination, they aren’t always what they appear. 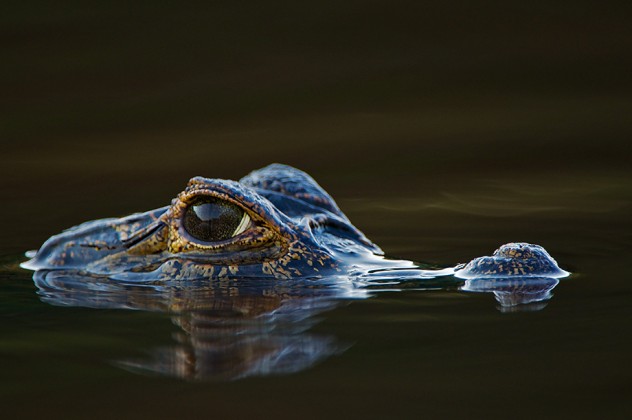 We generally imagine reptile breeding to be a relatively dull affair—those of us who consider the subject at all. The concept of hierarchy or any type of a social life may also be a foreign thought to the budding reptile admirer. But a brief look at the Yacare caiman will soon correct that. Yacare caimans are small crocodilians that inhabit open rivers in the Amazon region.

During the breeding season, male caimans engage in complex dance routines in the river. These water aerobics serve to establish dominance and order. 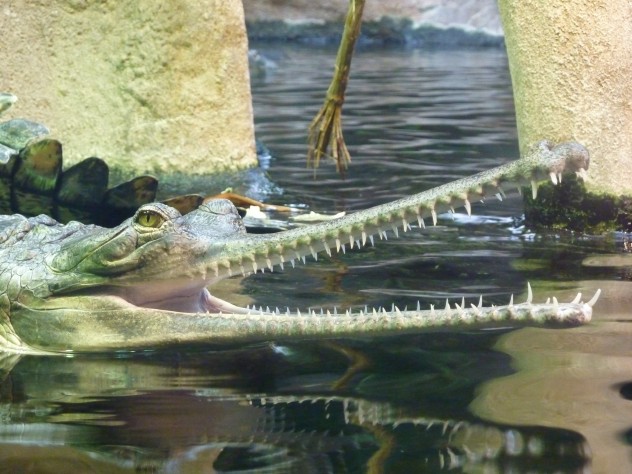 Sometimes, specialization in nature results from evolutionary pressure or a new niche becoming available. The unique gavials of India possess an astoundingly long, needlelike snout and multitudes of sharp teeth. Gavials have never been responsible for any human casualties, as their bite is extremely weak, and their demeanor is far less aggressive than the typical hunting crocodilian. Gavials may appear to be extremely creepy, or even comical at times. Unfortunately, the animals are highly endangered as a result of preventable causes, including poaching, siltation, and water contamination. 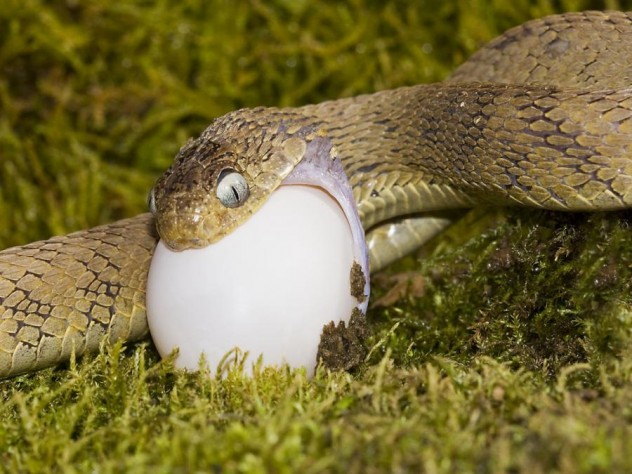 African egg-eating snakes raid nests for bird eggs, which they swallow whole with their unhingeable jaws. Lacking traditional teeth, these “soft-mouthed serpents” have knobby protuberances along their backbones. Once the egg is swallowed, these “spinal teeth” will break it open in a sawing motion as they pass it toward the stomach. The traits are truly bizarre, but fortunately, there is no human danger from these snakes. 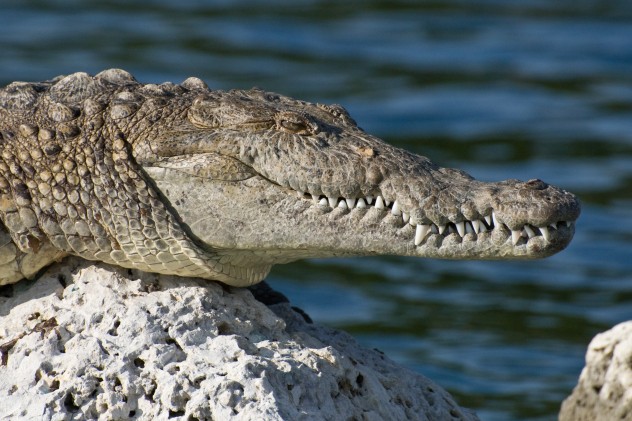 Crocodiles are often seen as heartless killers among reptiles. However, their predatory lifestyle doesn’t tell the whole story. Crocodiles take especially good care of their young, protecting them as well as any mammal would. Humans may also find themselves on the receiving end of crocodilian benevolence in exceptional circumstances.

Poncho, an American crocodile, was found and rescued by a fisherman in Costa Rica. Over the following years, the man developed a relationship with the crocodile, which not only recognized him, but swam with him, performed tricks, and refused to harm him in any way. 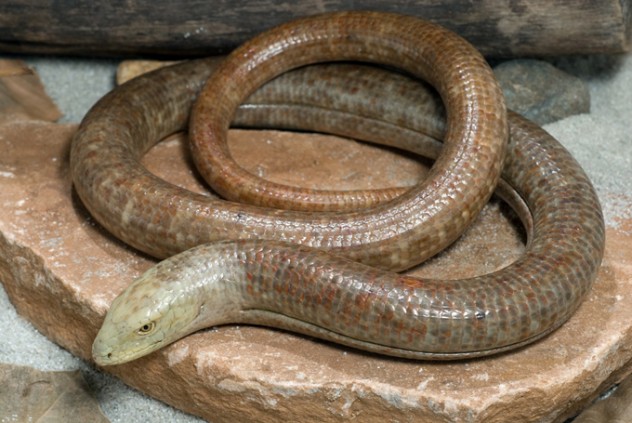 You’d be forgiven for spotting a legless lizard and assuming it was a snake. However, careful examination will reveal a more lizard-like head, ear openings behind the eyes, or longitudinal stripes—all traits of lizards, rather than snakes. Some legless lizards may grow to great lengths—over one meter (three feet) in some cases. The creatures hunt a wide range of prey and compensate for a lack of walking ability and lack of venom with a rather powerful bite. 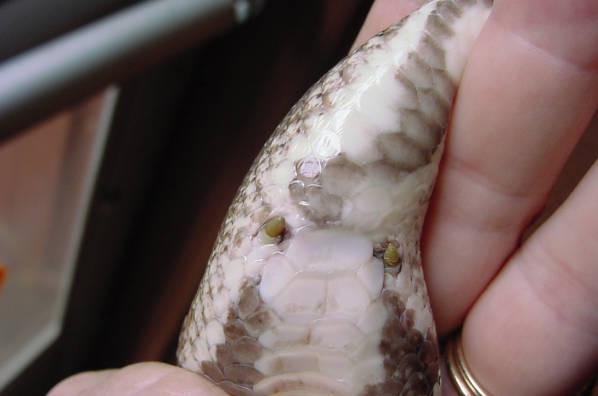 Religious stories may tell how “wicked” snakes were cursed and lost their legs, and evolutionary biologists do believe snakes once had legs. However, this change was likely spurred on by environmental pressures and natural selection—limblessness offered an advantage. 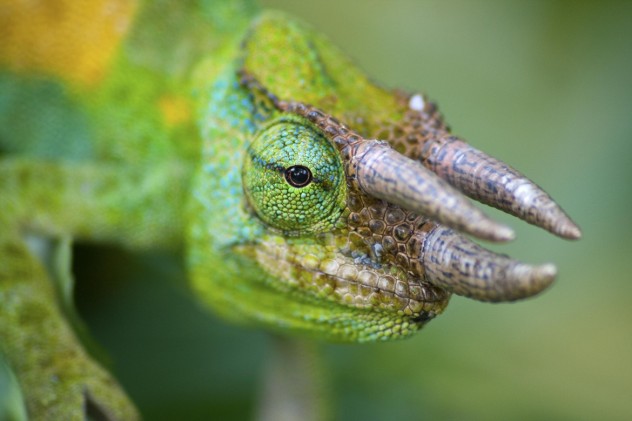 True horns are characterized by their bonelike structures encircled by hardened keratin. This is the same type of material found in human fingernails. The bizarre-looking Jackson’s three-horned chameleon is a rather prehistoric reptile in appearance, inhabiting the forests and woodlands of East Africa. Protruding from this reptile’s head are three substantial horns that are formed from the same material mammalian horns are composed of. The horns are used in rivalry disputes and displays in a manner similar to rams. A wise animal would just stay clear. 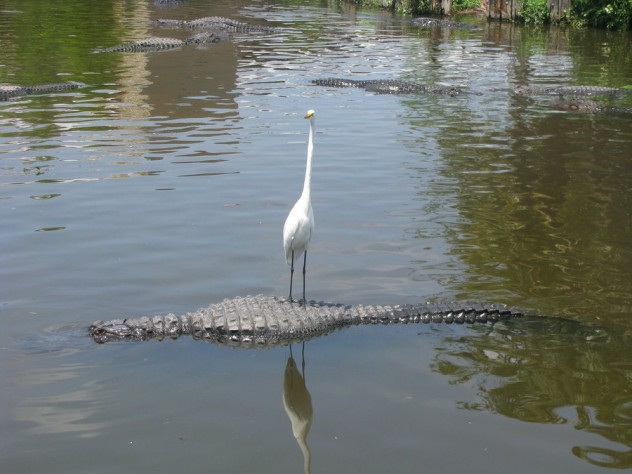 Large enough to pose a threat to man on occasion, American alligators would seem to be the worst nightmares of herons, flamingos, or storks. However, by thrashing through the vegetation and trampling down water plants, the alligators create sizable pools that remain flooded during the dry season. These areas attract quantities of fish and also provide open access points where the birds can hunt without impeding vegetation. 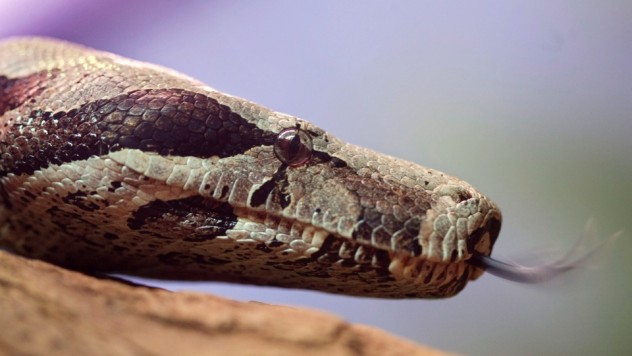 Snakes in the Boidae (boa) family, including constrictors and anacondas, are a mainstay of movie scenes in tropical settings and the fearful imaginations of vacationers. But contrary to the popular stereotypes, a small constrictor species of the Boidae family inhabits select areas of British Columbia in Western Canada. Its range extends over halfway to the Alaskan border.

The rubber boa may grow to well over 0.5 meters (1.5 ft), and strangely for a snake, like the colder temperatures—not faring well when the temperature rises too high. The rubber boa has some ability to regulate its own temperature, which is rare in reptiles. The creature looks much like a miniature anaconda or boa constrictor, but the tail is thickened, slightly resembling a second head. This may serve to confuse potential predators and prey items alike. Rubber boas seize a variety of small animals as prey, and incredibly, may live up to 70 years. 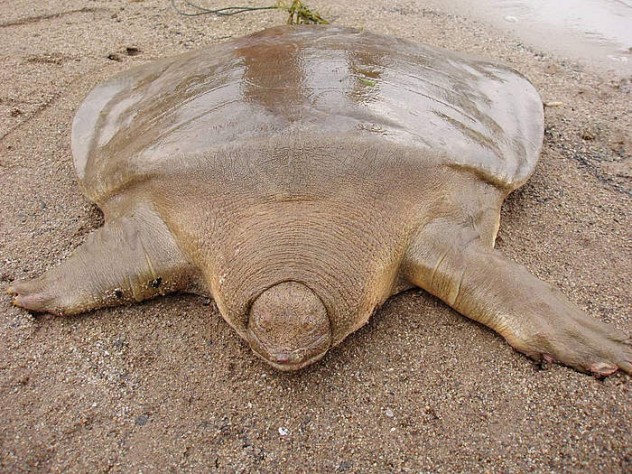 Turtles and tortoises belong to the family Chelonii. In general, “turtle” is used to define water-loving members of the group. The dome-shaped, land-based chelonians are frequently referred to as tortoises. These differences explained, the entire group boasts some exceedingly odd traits. Chelonians may resemble a shellfish, but unlike the inert calcium carbonate shell of oysters, their carapace is actually a complex bone structure that evolved from their ancestors’ rib cage structures.

Odder still is the lack of a diaphragm for breathing. As a result, turtles cannot cough, making them vulnerable to infection. Vocal cords are absent, but hissing and bellowing sounds can be produced by air pressure in many species. Finally, certain species attract their prey by using their tongue as a wormlike lure. These ancient creatures offer a true multitude of novel and bizarre characteristics.