From Adolf Hitler to Charles Manson, there is no shortage of frightening figures in our history books. However, not all of these awful people receive so much attention. In fact, many of them are barely remembered. 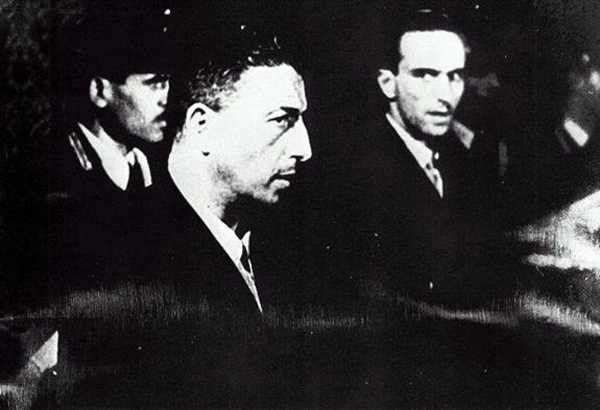 When fascist Italy aligned itself with the Nazis, few embraced the alliance more than Pietro Caruso. He was the police chief of Rome and responsible for upholding law and order. However, he ended up doing the exact opposite.

Caruso was a loyal bloodhound of Mussolini. Together with Herbert Kappler, the Gestapo commander of Rome, he participated in many horrors and gleefully pursued Mussolini’s enemies. His greatest atrocity was the mass execution of Fosse Andeatine in 1944: In just one day, he gathered over 300 people in front of Nazi rifles. Caruso was especially famous for his sadism—a notable achievement during a time when bloodthirsty Nazis freely roamed the country.

After the war, Caruso was put on trial for his crimes. He was found guilty and sentenced to death by firing squad. But he almost didn’t make it to his own execution: The furious Romans stormed his guard before the shooting and attempted to drown him in the Tiber River. 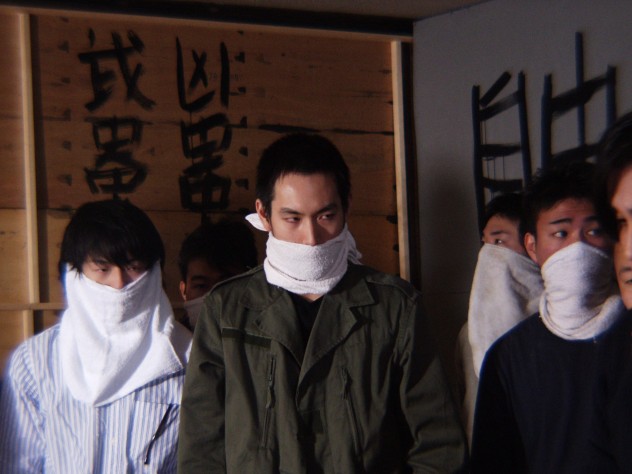 Western people often think of Japan as a restrained, misogynistic culture with little room for extremists—let alone female extremists. While this may be true to a certain extent, Hiroko Nagata managed to break the mold way back in 1972. Unfortunately, she broke it by forming a terrorist faction and killing a bunch of people.

Nagata was the leader of United Red Army, a militant leftist group that wanted a Communist revolution in Japan. Her group was notorious for its extreme brutality, and before long, she got in trouble for conspiring to kill two people who tried to leave the group. But mere conspiring wasn’t enough for her. In a single year, she led a number of horrifyingly violent group killings. The 12 victims were brutally beaten, tortured, and stabbed. These people weren’t even her enemies—they were fellow members of her faction that she said weren’t “revolutionary enough.”

She was eventually arrested in an incident that involved hostages and the deaths of two police officers and one civilian. In the end, she died a lonely death, perishing on death row after a brain tumor operation and a long illness. She was 65. 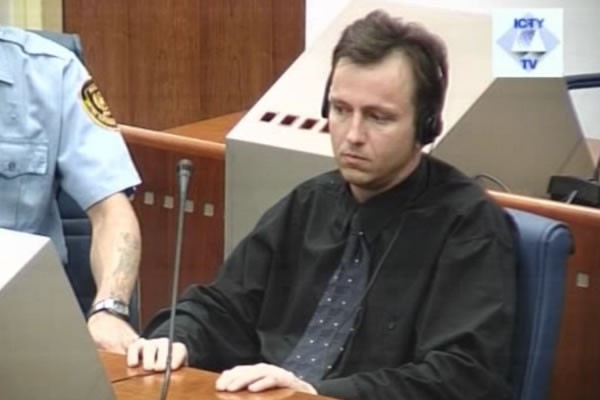 When a person is commonly known as ”Serb Adolf,” you know he’s probably not a particularly nice person. Goran Jelisic certainly lived up to his nickname. Originally a humble farm machinery mechanic, Jelisic’s talent for murder and cruelty became apparent during the Bosnian War.

Fighting for the Bosnian Serb forces, who were responsible for 90 percent of the war crimes during the conflict, Jelisic rose in the ranks until he was placed in charge of a detention camp. His camp held hundreds of Muslims and Croats, who were all tortured, murdered (often by Jelisic himself), and buried in hidden graves during the Serbs’ ethnic cleansing campaign in 1992.

Jelisic, who was only 23 at the time of his crimes, was arrested in 1998. He pleaded guilty to charges of war crimes and crimes against humanity. However, he was acquitted on the charges of genocide because the prosecution could not prove them conclusively. He was sentenced to 40 years in prison and is currently serving his sentence in Italy. 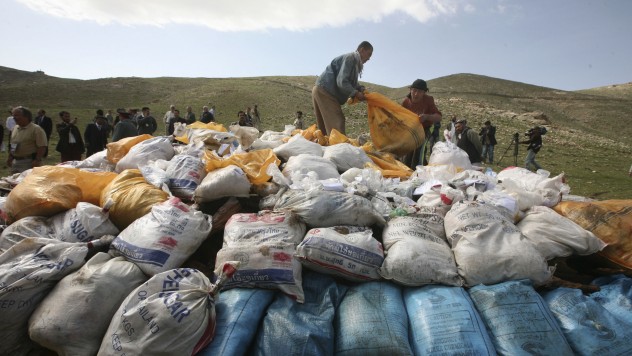 Kenji Doihara was a Japanese general during World War II. He was in charge of operations during the Japanese invasion of Manchuria, which earned him the nickname ”Lawrence of Manchuria” (a reference to Lawrence of Arabia). But this was merely because he was able to dress and act like Chinese natives—not because he was heroic.

Unlike his movie counterpart, Doihara wasn’t out to help people. He was in it for personal gain and didn’t care how many people he hurt to get there. Despite his high rank, Doihara was a rampant opium user and a thoroughly corrupt soul. He was heavily involved in Japan’s conquest of massive areas of China, which broke traditional Chinese societal structures and plunged the country in deep confusion.

Doihara seized the opportunity to become the mastermind behind all Manchurian crime. He controlled the drug trade and was the kingpin behind almost every criminal faction. Luckily, his near-total control of the underworld didn’t last. After numerous terrifying deeds, he was caught, prosecuted for a long list of war crimes, and hanged in December 1948. 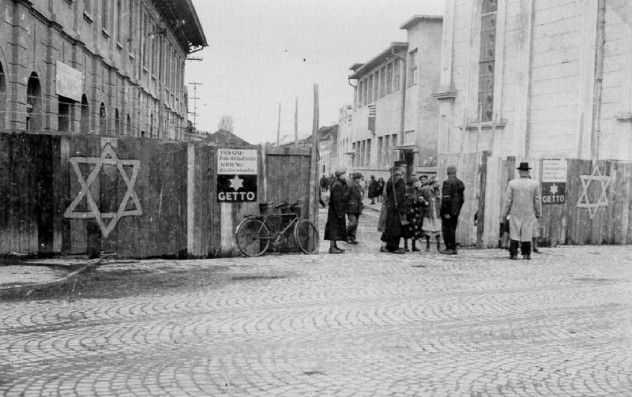 Laszlo Baky had two passions: politics and violence. His brutal, counterrevolutionary work in Hungary earned him a high-ranking place in the Gendarmerie (a military faction acting as a police force). Baky became a prominent figure in the Hungarian Nazi party and eventually rose to the rank of state secretary.

In 1944, Nazi Germany invaded Hungary, and Baky was the happiest man on earth. Teaming up with SS leader Adolf Eichmann and a fellow Hungarian Nazi named Andor Jaross, Baky became responsible for gathering Hungary’s Jews and sending them to concentration camps. Baky loved his job and was horrifyingly good at it. In a terrifying display of efficient logistics, Baky and his companions shipped hundreds of thousands of Hungarian Jews to their deaths.

Luckily, Baky was removed from power before the end of 1944. He fled the country but was caught a year later and sentenced to hang. 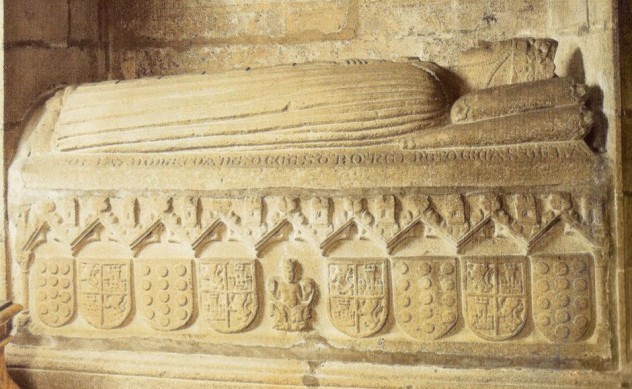 Tall, muscular, and well educated, Pedro of Castile seemed like the perfect king for Castile (a part of Spain). However, he soon proved the opposite. A petty and angry man with little talent as a leader, Pedro reacted to most situations with violence. He was an immoral and unfaithful husband and thought little of killing his wives and lovers if they became a burden.

Pedro was originally a decent ruler, but the combination of bad political decisions, a controlling mother, and a close call with the Black Death changed him. Pedro started to brutally murder anyone and everyone in Castile he perceived as a threat. A series of awful deaths followed, and it seemed that no one in Castile was safe from Pedro’s cruel madness. Ironically, he was kind of right about his paranoia: In the end, he was assassinated by his own brother. 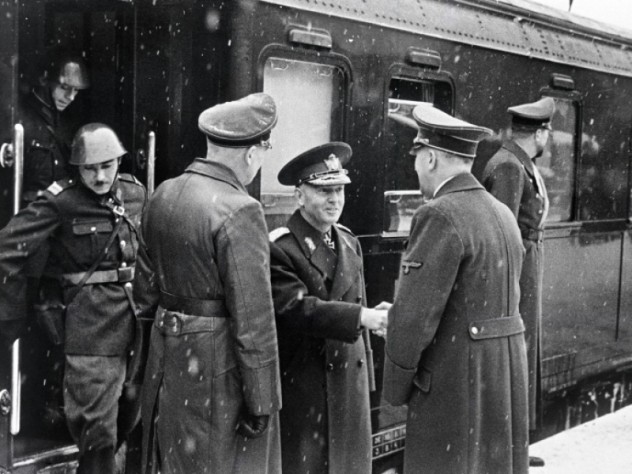 Ion Victor Antonescu was one of the lesser-known despots of World War II. He was a career officer who seized power in Romania by forcing the king into exile. Antonescu symphathized with the Nazis in their mission to ”purge” the world.

Antonescu was a cruel man who had no problem with killing hundreds of thousands of people in vain. During his rule, 300,000 Jews and up to 100,000 members of other ”impure” ethnicities were murdered. His powerful army also provided more military support to the Nazis than all other Axis powers combined.

Because he wished to keep Romania strong, he allowed most Jews within his ”Old Romania” borders to live and continue working. He even refused Hitler’s requests to deport them to Nazi death camps. Still, a death toll of up to 400,000 people and a close alliance with Hitler were more than enough to earn him a death sentence when the war was over. 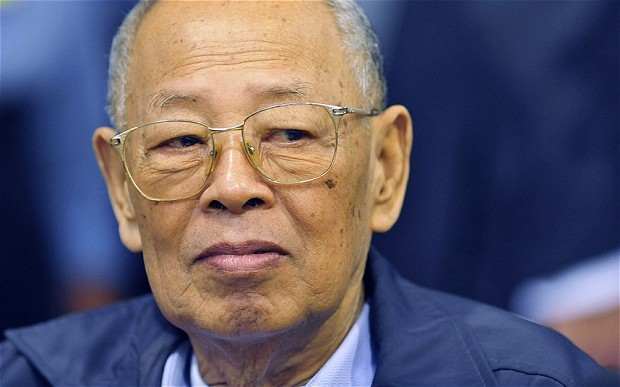 Ieng Sary was a rather strange villain. By his own admission, he only ever killed one person (who he seemed to think doesn’t count). He consistently claimed to be a nice, innocent man. As the foreign minister of Cambodia, he was the smiling face of their government. He used his charisma and diplomatic skills to negotiate support for his government and direct hatred toward Cambodia’s enemy, Vietnam.

However, behind his flawless facade he hides unspeakable deeds. In reality, Ieng Sary was Brother No. 3 in the dreaded Khmer Rouge. He was close friends with their leader, Pol Pot, and was well aware of (and actively participating in) their terrifying, genocidal rule. Ieng Sary’s task was to mask the horrors of the Khmer Rouge and gather support from their only ally, China. Sary’s propaganda was a lethal weapon in itself; he presented Pol Pot’s Cambodia as a utopia of pure Communism—where all possessions, family, and religion were truly and successfully thrown away. With such talk, he lured thousands of Cambodian students and intellectuals back to their home country. As soon as they arrived, they were thrown in jail as spies, tortured, and killed.

Ieng Sary was too slick and well-connected to suffer the fate of many other historical monsters. When the Khmer Rouge fell to Vietnam in 1979, he escaped to Thailand, where the Chinese embassy provided him with new clothes and a ticket to Beijing. There, he kept the Khmer Rouge movement going for two more decades, using his contacts to get filthy rich in the process. Although he was finally arrested in 2007, he was able to stall the process until his death in 2013. 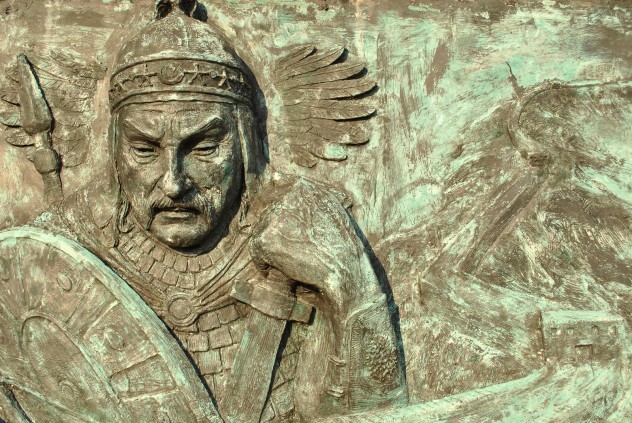 Attila the Hun was the ruler and creator of the Hunnic Empire. His sheer, over-the-top supervillain antics earned him the nickname “Scourge of God.” Bleda the Hun was Attila’s meaner big brother.

For years, Attila and Bleda ruled the Huns as equals. They fought wars, razed their enemies, and conquered everyone else’s lands together. Attila, the guy who’s now remembered as a fearsome, powerful, warrior king, was actually the small, brainy kid brother of the duumvirate. Bleda was the physically imposing barbarian chieftain type.

Bleda was not only an imposing figure and a dangerous conqueror, but a true supervillain in all senses of the word: He even got himself a Moorish dwarf that he kept around as a cruel combination of “pet,” jester, and (during battles) an Austin Powers–style, armor-clad Mini-Me.

The reason Bleda isn’t better known is that he was unlucky enough to cross the only person more dangerous than himself: Attila. The younger Hun started getting fed up with Bleda, particularly with his dwarf fixations. The brothers’ relationship spiraled into a power struggle. Soon enough, Bleda mysteriously perished in either a genuine hunting accident or—more likely—an “accident” orchestrated by his brother. 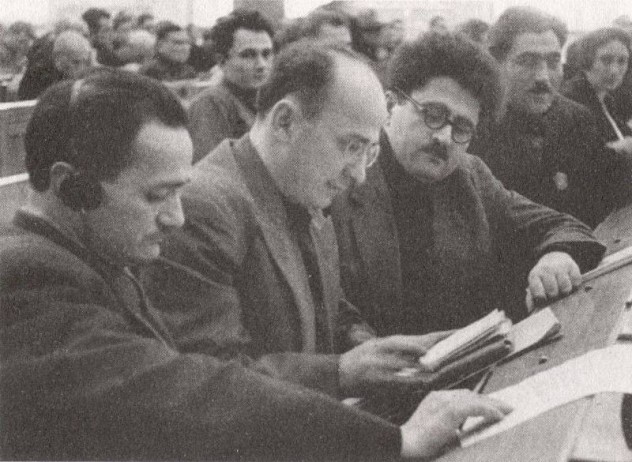 Lavrentiy Beria was, on the surface, the silver-tongued lackey of Joseph Stalin. However, his meek appearance was deceiving: Beria was one of the few men who could frighten even Stalin.

During the 1920s and 1930s, Beria rose through the Communist ranks like a rocket. He specialized in the intelligence and counterintelligence operations of Cheka (the secret police) and its many successors, ultimately becoming the leader of the People’s Commissariat for Internal Affairs (NKVD). According to legend, he personally strangled the man who held the job before him.

Beria was a skilled political player. What’s more, he was a remorseless killer who didn’t hesitate to terminate anyone in his way. As head of NKVD, he would do anything to get a confession. Wherever he went, people went missing. Beria personally oversaw many of Stalin’s political purges and used this as an opportunity to satisfy his desire for mass murder. The infamous Gulag work camps all operated under his supervision.

And then there was his main job: Beria’s NKVD charged and convicted hundreds of thousands of Russians for high treason, often under false or absurd accusations. Beria also created an effective worldwide spy system and dabbled in assassinations. By February 1941, Beria became the deputy prime minister. Along with his other duties, he oversaw strategic raw materials production for the war effort, naturally using the people he sent to the Gulag camps as slave labor.

If he wasn’t despicable enough already, Beria was also a sexual deviant of the highest order. He routinely raped and abused women who had often been taken from the street for that purpose. Those who resisted were murdered. His depravity was well known, and Stalin himself was said to be terrified when he heard his daughter was alone with Beria.