The Sun has an immense impact on every facet of life on our planet. As the hot, glowing ball of gas that sits in the center of our solar system, it influences all life on Earth and plays a major role in existing conditions on our neighboring planets as well.[1] The Sun has been worshiped by many cultures as a god, and for good reason. Without the intense energy and heat provided by it, life could not exist.

But the Sun also holds many secrets—and some of them are quite dangerous. In fact, a handful have our scientists legitimately worried! Here are ten rather terrifying dangers of our Sun that have some scientists more than a little bit concerned. 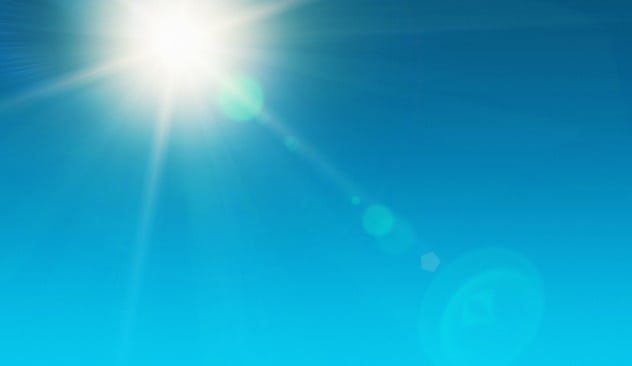 Due in part to ozone depletion in our atmosphere, harmful levels of ultraviolet radiation emitted by the Sun constantly bombard our planet’s surface.

While this is a good thing in some respects, it also comes with some dangerous downsides. UV radiation is responsible for contributing to a lot of problems, including skin cancer, premature aging, cataracts, and even immune system suppression in humans. But what makes this even scarier is that ozone depletion has actually led to an increase in skin cancers over the last 30 years, and some researchers worry that it will continue to rise.[2] 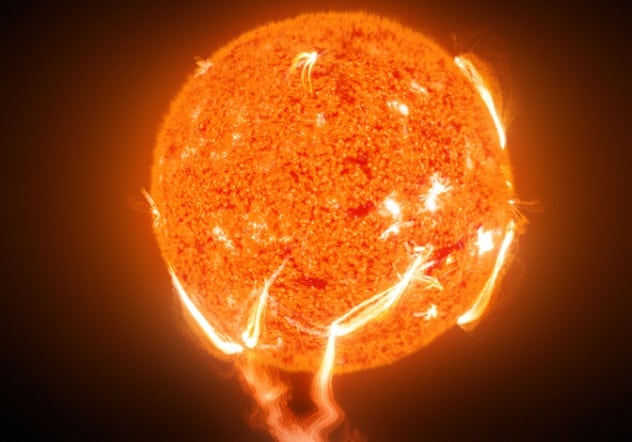 A solar flare is basically a huge, intense burst of radiation that shoots outward from the Sun’s surface. These flares are the result of the release of magnetic energy and are actually some of the largest explosive events that happen in our solar system.

But could a solar flare potentially damage or destroy the Earth? NASA says no—though they could “temporarily alter the upper atmosphere” through the creation of disruptions.[3] This could play havoc with electronics on Earth, including GPS satellites and similar technology.

In other words, they could cause an expensive mess . . . but they don’t necessarily pose an immediate danger to humans on the ground. 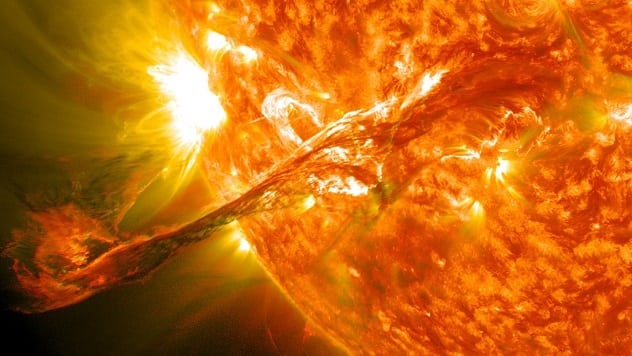 Coronal mass ejections, or CMEs, are essentially solar explosions that result in large clouds of plasma shooting outward from the Sun. They can erupt in any direction and continue onward in that direction after the eruption, pushing right through the solar wind. These ejections can contain billions of tons of matter and can accelerate until they are moving at several million miles per hour, which is pretty terrifying!

But could a well-placed CME damage Earth or possibly even destroy it?

Again, NASA scientists say no. But in an increasingly electronic world, many are worried about the effects that solar phenomena could have on our technological infrastructure. CMEs could release and propel bursts of particles that could strike Earth and massively disrupt our electrical systems. They could cause electronic fluctuations, blow out transformers on the power grid, and disrupt satellite systems.[4] 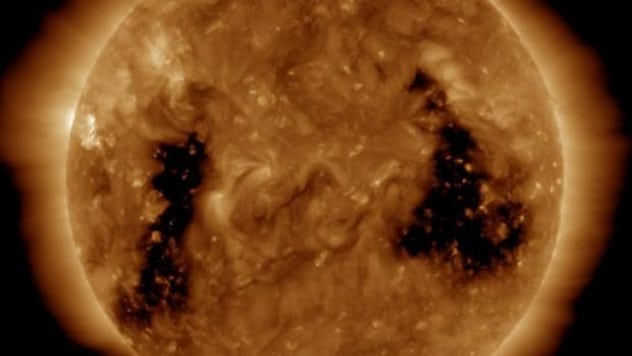 Coronal holes can form anywhere on the Sun at any time. They generally appear as “dark areas” on its surface and are more common during the years around the solar minimum in the Sun’s 11-year cycle. They appear darker because they are cooler and are actually made up of open, unipolar magnetic fields.[5]

But the bad thing about these holes is that they can allow solar wind to escape through them. If these winds impact our atmosphere, they can buffet our planet for several days at a time and cause geomagnetic storms. These storms can range from mild to dangerous and are actually pretty scary.

For the most part, scientists say that solar winds aren’t a serious or “direct” danger to humans on Earth—but they are a danger to our satellites, electronic systems on-world, and to astronauts traveling through space. The Aurora Borealis and the Aurora Australis are actually caused by solar wind, and these events can be seen with the naked eye.

Astronauts in space would face the gravest threat if caught in the path of a solar wind. They could sustain chromosome damage and/or develop cancer from the radiation. These conditions could be fatal if they were severe enough and make solar wind a dangerous challenge for the future of spaceflight. 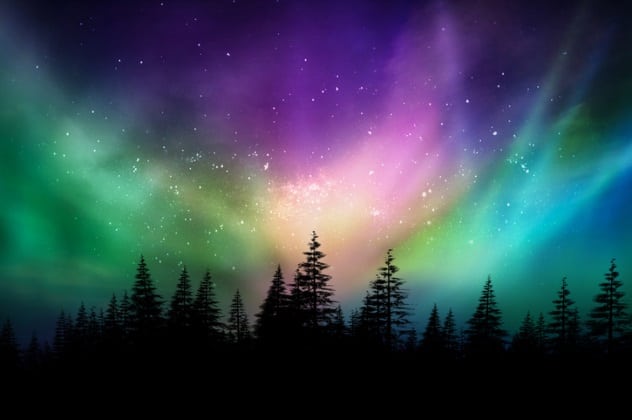 Back in 1859, the largest solar storm in modern history was recorded by scientists. It was called the Carrington Event and was the result of a “mega-flare” that created incredible geomagnetic disturbances on Earth. The event was so massive that the Northern Lights could be seen in Honolulu and the Southern Lights in Chile. At the time, there wasn’t much sensitive electronic equipment in operation around the world, but telegraph operators reported sparks “leaping from their equipment,” sometimes even starting fires!

Researchers say that a geomagnetic storm of that magnitude could paralyze modern life if it were to happen today. It could disrupt communications, affect satellites, and even bring down the power grid. Some studies even indicate that a “solar megastorm” could cripple modern satellites for a decade.[6]

But the scariest part? Many scientists believe that it is only a matter of time before a solar megastorm of this magnitude hits our planet in the future. It is a rare occurrence, but it is certainly not impossible. 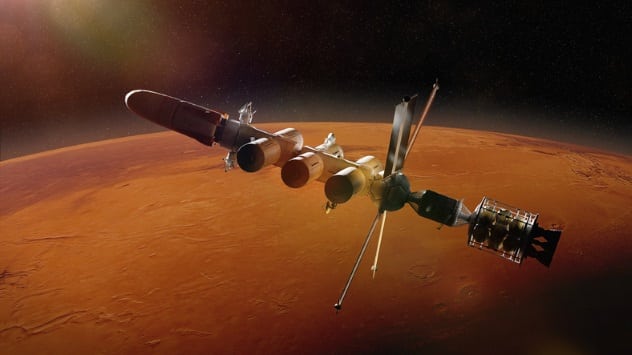 We have already mentioned that solar radiation can be dangerous for astronauts, but this creates an even scarier secondary problem. We all know that life on Earth is likely on a timer. It will only be a matter of time before our planet is incapable of sustaining life.

Many believe that we will need to become an “interplanetary species” if we hope to survive in the long term. But the Sun’s radiation could make this extremely problematic!

According to NASA, there are two types of radiation that astronauts have to deal with once they leave the protective “bubble” of Earth’s magnetosphere. Some of that radiation comes from galactic cosmic rays . . . but the rest of it comes from the Sun itself.[7]

Researchers are constantly working on new technologies to protect humans from this radiation—but even a short trip to Mars presents a lot of challenges. This begs us to ask the question: Will we figure out how to protect ourselves from interplanetary radiation in enough time to escape a dying Earth?

4 The Sun Will Eventually Evaporate The Earth’s Water Supply 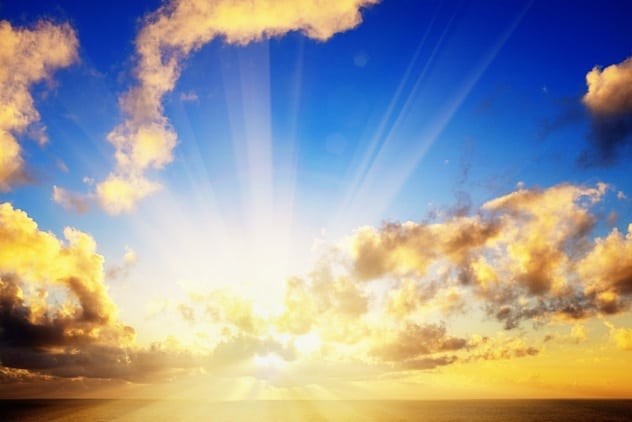 This is where things start to get pretty dark.

Our Sun is currently in the stage of its life cycle where it is classified as a main sequence star.[8] In this stage, it is mostly stable and spends its time peacefully converting hydrogen into helium.

The good news? A star the size of our Sun will usually spend about eight billion years in this phase. This means that the Sun, estimated to be about 4.5 billion years old, still has quite a bit of life left in it.

But the bad news? Well, as the Sun burns hydrogen, it also increases in brightness at a rate of about ten percent every billion years or so. A ten-percent increase in luminosity would change the hospitable zone in our solar system, which would lead to catastrophic changes for our world. A ten-percent increase in brightness will make Earth hot enough that our oceans will begin to evaporate.

3 The Oceans Will Boil 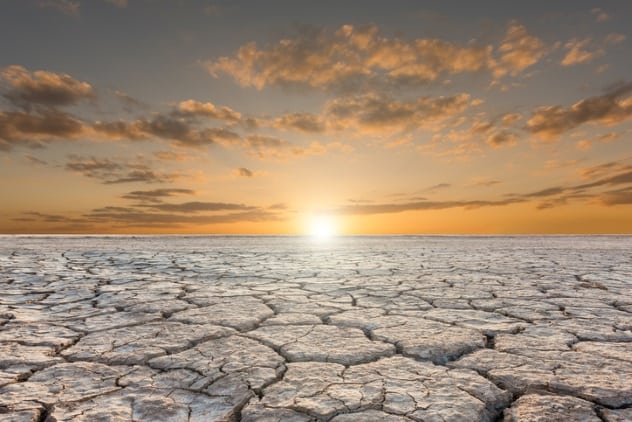 Unfortunately, after the Sun begins to evaporate the oceans, things do not get any better. There is obviously some speculation about exactly what would happen, but scientists generally agree that as the oceans continue to evaporate, more water will get trapped in our atmosphere.[9]

This will, in turn, create a greenhouse gas effect that will trap even more heat within our atmosphere, causing even more of the oceans to evaporate. Eventually, our oceans will boil . . . and the cycle will continue until the ground is mostly dry and most of the water is contained within the atmosphere at an extremely high temperature.

2 The Sun Will ‘Bleed’ The Water From Our Atmosphere 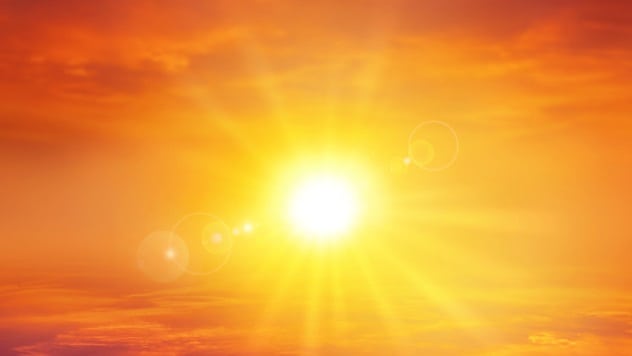 If there is water left in the atmosphere, that means that there is still hope for humans and life in general, right?

Well, not exactly. As the Sun continues its transformation into a red giant, the water that is saturating the atmosphere will be bombarded by solar energy. This will eventually lead to the molecules being split apart, allowing the water to escape the atmosphere as oxygen and hydrogen.[10]

So, basically, the Sun will “bleed” the water right out of our atmosphere after boiling our oceans dry.

1 Scientists Disagree On How Long It Will Take, But The Sun Will Eventually Die 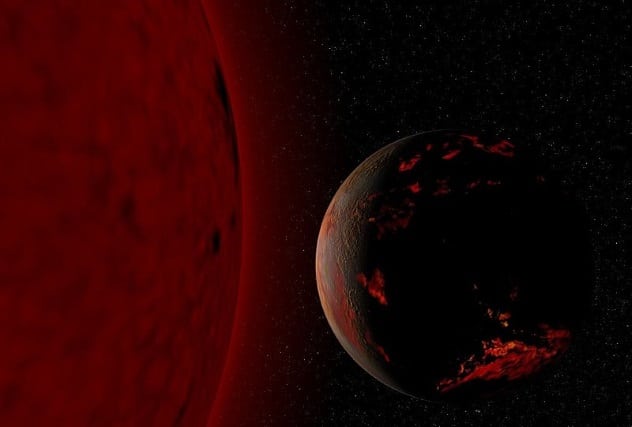 Different models predict different endings for our planet. But where the Sun is concerned, there is really only one main area of disagreement—how long it will take. Some models suggest that life will blink out quickly and that our planet will become a barren chunk of rock within the next billion years. Others suggest that some forms of life might hold on a little longer than that, based on the complexity of some of the systems at work.

Eventually, as our star becomes a red giant, forces causing compression at its center will allow its surface to expand outward. Our Sun, which is presently white-hot, will cool to become red-hot. However, it will grow larger, burn brighter, and eventually drag Earth to a fiery destruction within its massive red surface. Or maybe the Earth will move farther away as the Sun loses mass, but either way, our planet will be an unrecognizable dead husk.

That will be the end for Earth.

Many scientists agree that in the distant future, our Sun will likely one day shrink down to a white dwarf before running completely out of fuel and becoming a planetary nebula.[11] Researchers believe that this will take about ten billion years, but what are the odds of humans being around to witness it?

Let’s just say that those odds are “pretty slim.”

Joshua Sigafus is just a writer who is trying to inform readers and make the world a better place.

Read more about the Sun and its effects on 10 Unexpected Ways The Sun Might Affect Human Life and 10 Things That Will Happen Once The Sun Dies.