As I’ve mentioned before, there are some pretty weird stories out there that revolve around twins. Some of them are interesting from a genetic point of view, while others are seemingly more supernatural. Whether you decide to put these down to nature, nurture, or magic, the following are definitely some pretty incredible stories. 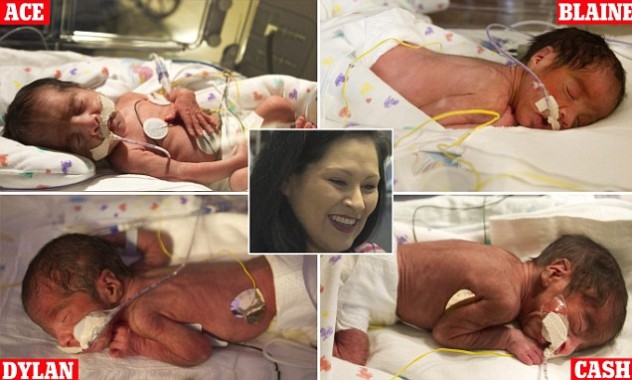 Tessa Montavio was 10 weeks into her pregnancy when she was told she’d be having twins. A while later, doctors told her that she was expecting triplets. Eventually, they got it right when it was revealed to be four boys. But not quadruplets—Tessa was carrying two sets of twin boys, at odds of 70 million to one. They decided to name the boys Ace, Blaine, Cash, and Dylan to give them an alphabetic theme (presumably in order of favorite to least-favorite kid). She and her husband said they intend to keep trying for a girl. 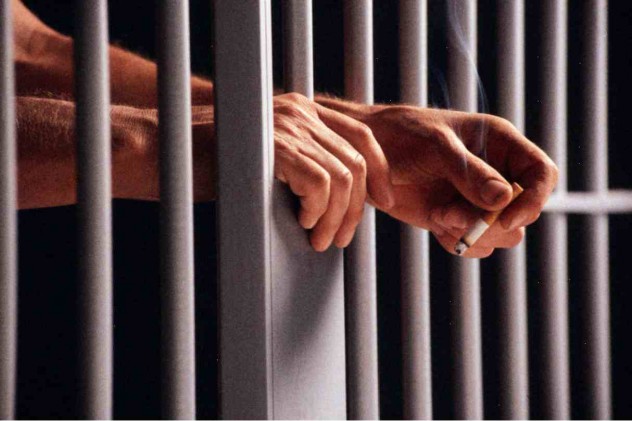 In 1994, police arrested Ronald after he tried to strangle his wife. What confused them was the fact that Ronald was already in jail for another case of spousal abuse. It turns out that his twin brother Donald didn’t think his brother would be able to handle jail and had taken his place—for the fourth time. When asked why he would do such a thing, he said it was simply out of love and concern for his brother.

Donald had also taken Ronald’s place in the army in the ’70s, and even went to Korea for him. On the face, it seems like a lovely story about one twin protecting his wife-beating brother—but Ronald must not have felt as strongly about Donald if he let him go to Korea and jail several times. Also, why would you name twins “Ronald” and “Donald”? That’s ridiculous. 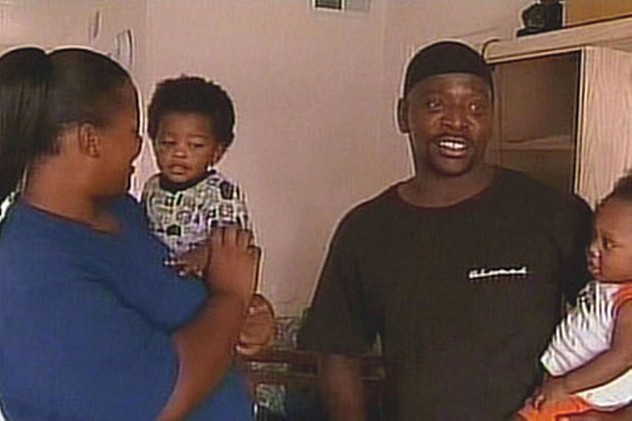 After giving birth to twins in 2008, Mia Washington noticed that they looked markedly different from one another. She decided to run a paternity test, which revealed that the twins had different fathers. Mia had cheated on her husband and been impregnated by both men within 48 hours of each other. This means that the two boys are twins, but also half brothers. Mia is still with her husband, who has decided to raise both kids as his own.

Another couple, Wilma and Willem Stuart, discovered that the twins they had conceived via IVF also had different fathers. Some of Willem’s sperm was accidentally contaminated by the sperm of another man in the lab, and Wilma ended up carrying both of their children. That man was located, and said he was happy to allow his son to be raised by the Stuarts. 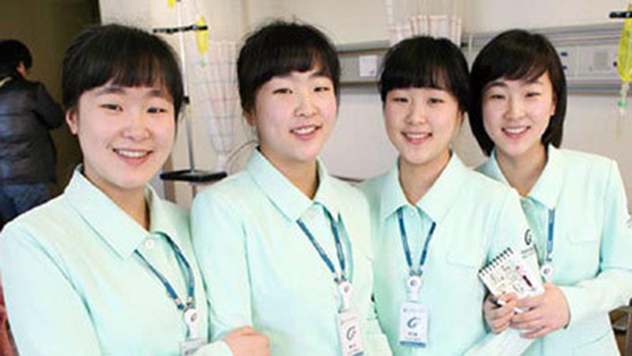 Okay, so these aren’t technically twins, but they still deserve to make the list. The Hwang sisters, Suel, Seol, Sol, and Mil all are identical quadruplets that were born in a South Korean hospital in 1989. Of course, just being a quadruplet, although it makes for a fun story, is nothing too astounding, but what makes these women special is that they all work the same job in one of the leading hospitals in all of Northeast Asia—the same hospital that they were born in. In May of this year, Seul, Sol, and Mil held a joint wedding, with Seol being left out because she had already married a year ago. 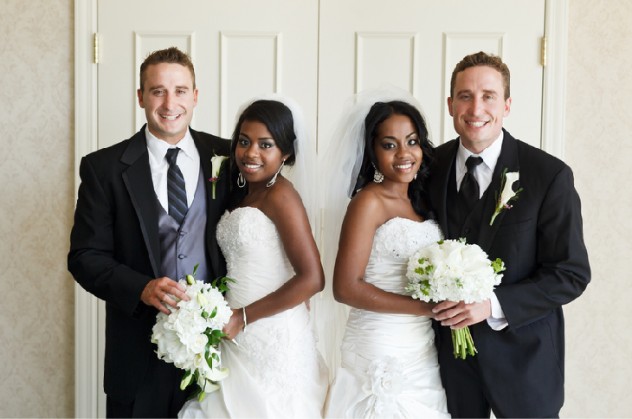 This is the nickname given by locals in Yiwu, China, to a married couple that ran their restaurant 21 hours a day, from 6:00 AM to 3:00 AM, without taking a shift off. Or so it seemed. As you have probably guessed, there is not in fact just one couple, but another set of identical twin men married to identical twin women. They work different shifts to keep the restaurant open for business as much as possible, leading most diners to believe that there was one super-couple that never slept. The truth only came out after about three years, after one of the twins did an interview with Today Morning Post.

Turns out, twins marrying twins is far more common than you might think. 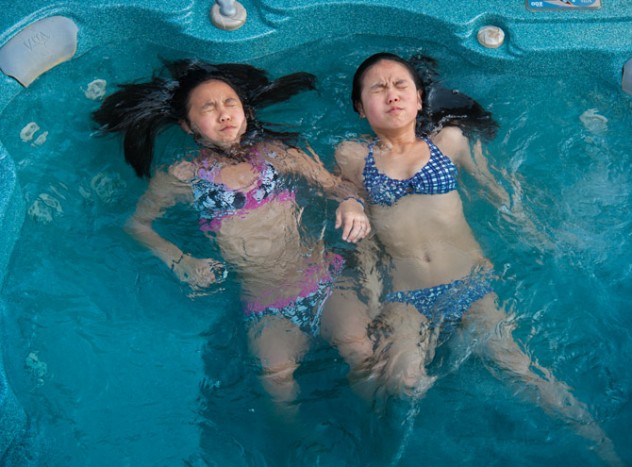 Lily and Gillian are twins who were born in China and were separated after being put up for adoption. Fortunately, both of the adoptive couples were members of the same message board, and when they were told that their papers had been approved, they all posted photos online of the children they were going to bring home. Pretty soon, they realized the girls looked very similar and asked the agency if the girls were related. The agency assured them that this was not the case, but the new parents decided to conduct DNA tests and the results concluded that the girls were definitely twins. Luckily, both of the adoptive families were from Canada, albeit 400 kilometers (250 mi) apart. The families regularly keep in touch, with the girls visiting one another every few weeks and talking online every night. Over the years, the parents have noticed startling similarities between the girls: Both took their first steps on the same day, got chicken pox at the same time, and dressed up as ballerinas for Halloween. 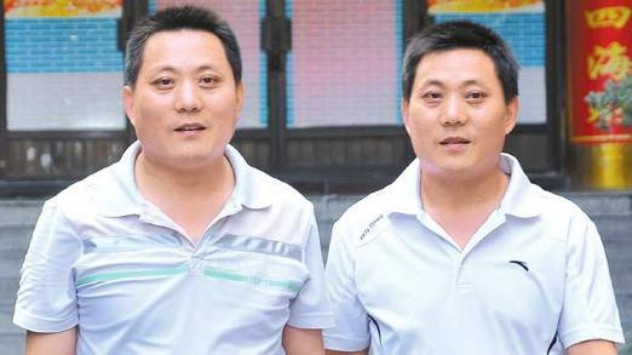 At almost 1.5 billion people, China is the most populous country in the world, which makes this story all the more incredible. Zeng Yong and Liu Yonggang were put up for adoption and separated in 1972. Zeng was taken to Chengdu, while Liu was taken to Neijiang. Over 40 years later, a friend of Zeng’s was in Neijiang, where he spotted Liu among the other four million people that live there. He found the resemblance so uncanny that he insisted on setting up a meeting between the two of them. Zeng flew 200 kilometers (124 mi) to Neijiang to meet the man, and they both immediately realized they were twins. After being reunited with one another, they managed to track down their birth mother. 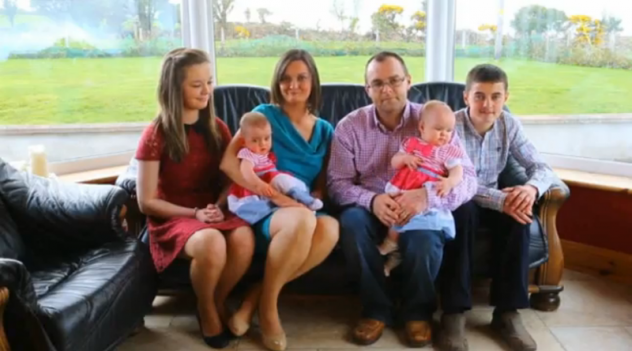 One of the most basic assumptions about twins is that they have the same birthday. Of course, any amount of thought on the topic will make you realize that they can be born on separate days. Whether it’s just because they were born around midnight, or one just happened to come a little earlier than the other, it happens. But last year, Maria Jones-Elliot from Waterford, Ireland gave birth to a set of girls with the biggest-ever birthday gap: 87 days. The first girl, Amy, was born on June 1, only five months into the pregnancy. She had little chance of survival and was placed in an incubator while her sister also clung to life in their mother’s womb. Her sister Katie was also a little early, delivered in the 36th week, on August 27. Both girls are currently alive and well. 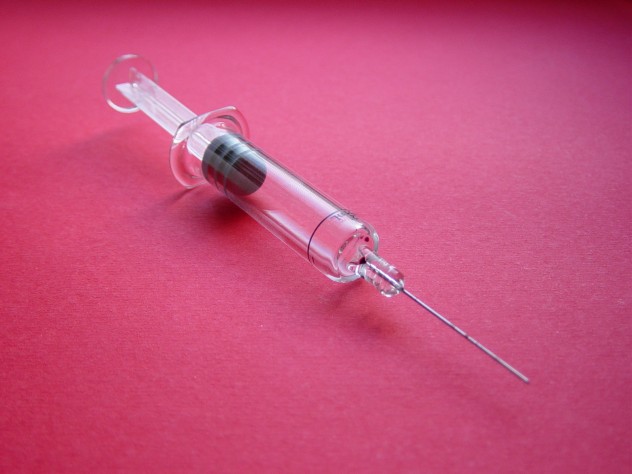 An unnamed set of twins in Belgium won the right to euthanasia near the end of last year. They were both born deaf and had been inseparable for most of their lives. They both worked as cobblers and lived together. The men made the decision to be euthanized after they discovered they were both going blind. Already deaf, neither of them could bear living without seeing the other. They passed away on December 14, 2012. This case caused a lot of controversy the world over, as assisted suicide in Belgium is normally only available to the terminally ill.

Sanju Bhagat was just a normal kid, growing up in Nagpur, India. Like anyone else, Sanju had insecurities—specifically, he was a bit rotund. But in 1999, he was brought to the hospital. Doctors feared he had a massive tumor putting pressure on his diaphragm, which made it difficult for him to breathe. During an operation, the surgeon put his hand in Sanju’s abdomen, and felt another tiny hand inside: Sanju’s dead twin. This is a condition known as fetus in fetu, and occurs when, in the womb, one twin is absorbed inside of the other and can survive inside its sibling as a sort of parasite. Usually both twins die, but the larger twin will sometimes survive. In rare cases, the “inner” twin can actually survive for a while after the “outer” twin is born. In Sanju’s case, the twin had survived by attaching itself directly to his bloodstream, and although it was not a functional, conscious human, it continued to grow until it began to harm his health.

Simon is a 23-year-old university graduate who likes to adhere to Irish stereotypes, such as drinking, loving the potato and giving birth to twins 87 days apart. You can follow him on twitter, or like his extremely long tongue on Facebook to see if he can break the world record.