Parents are always terrified for their children’s safety, but the longer you’re a parent, the more grounded you become about how real the dangers out there are. Leaving the child for the first time is a big thing for new parents, but eventually it just becomes normal. Still, good parents will always make sure that the child isn’t being left in the care of some complete stranger. But the following stories prove that nannies, friends, boyfriends, girlfriends, and even family are capable of doing unspeakable things to those in their care. The details of some of these murders are highly disturbing, so read at your own risk. 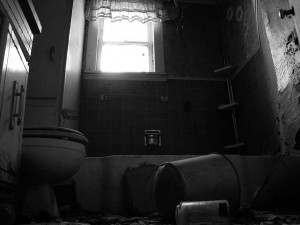 Yoselyn Ortega, 50, was hired by the Krim family to look after their three children. Their mother, Marina Krim, returned home after taking her three-year-old son to a swimming lesson, to find the bodies of her other two children in a bath filled with bloody water. Six-year-old Lucia and one-year-old Leo, had been stabbed to death by Ortega. As soon as Marina entered the room Ortega slit her own wrists and began stabbing herself so violently that she pushed the kitchen knife she was using out the other side of her neck. Ortega and the children were taken to hospital, where she was stabilized and they were pronounced dead. Their father, Kevin, was returning from a business trip and was met by police at JFK Airport.

There is no clear motive for the killings, other than the stress Ortega was under trying to move her son from the Dominican Republic to the US, and her anger at failing to get a pay raise. She has not given a confession.

Marina and Kevin are currently expecting a baby boy. 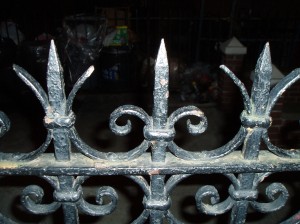 Now nicknamed “The Monster of Worcester,” David McGreavy was a young man staying with a family in Worcester, England in 1973. One day in April, he was asked to take care of the family’s three young children. Instead he gruesomely murdered them before carrying the bodies outside to the garden railing, where they were impaled and put on display.

He was arrested that same day and sentenced to life in prison. In a controversial 2009 ruling, he was granted anonymity, when his lawyers argued that it was his human right to have his identity kept a secret. McGreavy had already been assaulted by other prisoners twice, and lawyers argued that identifying him would result in further attacks. The anonymity order was lifted this year, although McGreavy may be allowed to change his name in the future. He has unsuccessfully applied for parole eight times so far and will plead again later this year. 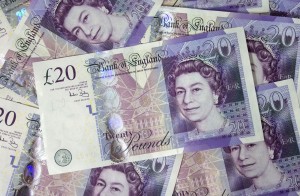 In 2007, Agnes Wong was hired to look after 16-month-old Hugo Wang for a while. On January 25, Hugo was taken to a children’s hospital in Manchester after incurring serious head trauma due to being swung around by his ankles. Wong had been abusing the child for the past few weeks, and by this point he was covered in bite marks, bruises, and burns, and had been severely beaten. Wong claimed she only disciplined the child when he was being naughty and that he got the burn marks from messing around with a hairdryer. Hugo died on January 26, and Wong was charged with his murder a few days later.

Wong was sentenced to five years in jail for the crime, but in a highly controversial decision, she only served two years, after which she was paid £4,500 (about $7,000) to go back to Malaysia. The logic behind this method of dealing with criminals is to save taxpayer money by getting the criminal out of the country and out of the system. The money given to the criminal is a sort of bribe to get them to waive their human rights, so they don’t try to appeal deportation and stay in Britain. 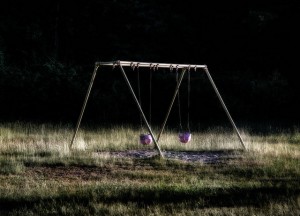 Karl McCluney was 15 years old when he was asked to look after two-year-old Demi Leigh Mahon for an hour and a half while her mother ran some errands, including buying a birthday card for Karl. After going to the park, the kids returned to Demi’s home, where Karl beat Demi, bit her, and shaved her head. When her mother returned, Karl was watching TV, while Demi was barely alive and was rushed to hospital. Karl denied any wrongdoing, saying she had sustained her 69 injuries by falling in the park. The toddler was severely brain-damaged and was taken off life support two days later. Karl eventually confessed to his psychiatrist, who said the boy had a low IQ and came from a broken home. Karl claimed that nobody can punish him as much as he will himself, but he was still given 15 years for his crime, having been tried as a minor. The only apparent motive for this brutal infanticide is that Demi was annoying him. 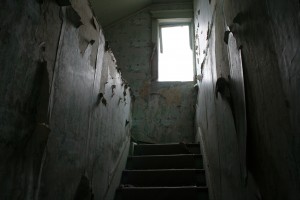 In May 2012, when William Cunningham was just one year old, he was being looked after for a few weeks by Marquita Burch, a friend of his mother. On Friday the 25th, Burch told police that the toddler had wandered off while they were in a park that night. While police, firefighters, and neighbors searched for over five hours, Burch’s story started to unravel. She eventually confessed that the toddler was dead, hidden in the closet at her cousin’s house. Burch claims she wasn’t responsible for his death and that she just found him at the bottom of the stairs on May 23, having given him ibuprofen before putting him to bed the previous night. Upon finding him (still alive), instead of taking him to a hospital, she panicked, put him in a garbage bag, and stashed it. According to the coroner’s report, by the time police found the child, he had been dead for at least 48 hours, having suffered an intracranial hemorrhage. Burch originally pleaded not guilty, but then changed her plea and was found guilty of endangering a child, involuntary manslaughter, and abusing a corpse. She was sentenced to 19.5 years in prison. 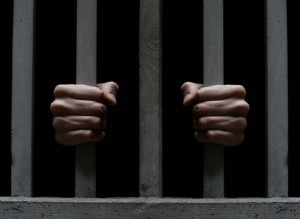 In March of this year, Frederick Mitchell, a 21-year-old man from Cincinnati, was babysitting six-month-old Elliot Magrditchian, the son of one of Mitchell’s housemates. At some point during the day, Mitchell threw him into a wall for reasons unknown. Elliot was taken to hospital, where he died a few days later. Mitchell’s mother, Angela, claims he suffers from blackouts and stresses that she firmly believes the tragedy was just an accident. Mitchell was initially charged with felonious assault and had his bond set at $1 million, but after the coroner ruled Elliot’s death a homicide, the charges were increased to felonious assault and two counts of murder, for which Mitchell could spend life in prison. He’s currently awaiting trial in the Hamilton County Justice Center. 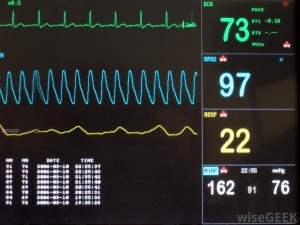 Twenty-five-year-old Gabriela Gonzales was smuggled illegally into the US and forced into prostitution six years ago. She managed to leave that life behind and moved in with a number of people in Richmond, Virginia. In October 2011, one of the women she lived with went to Maryland in search of work, and Gonzales was left in charge of her two-year-old daughter, Kiery Nicole. Unfortunately, Kiery was suffering from a bad rash, and Gonzales couldn’t get her to stop crying. Her frustration with the toddler grew until she snapped. Gonzales violently shook the two-year-old, and beat her head against either a bath or a toilet. The autopsy revealed both brain and spinal cord hemorrhages, as well as a severely fractured skull. Kiery was placed on life support, but died after three days.

Gonzales claimed that Kiery was injured after she fell while jumping on the bed, and even attempted to convince the police that she had accidentally strangled herself. Even during her hearing, she is said to have shown no remorse. Gonzales was given the maximum sentence of 20 years and is no longer allowed to see her own child. Kiery’s obituary can be found and signed here. 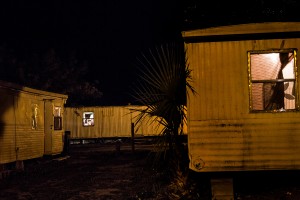 Aliahna Lemmon and her two sisters were being looked after by their neighbor, Plumadore, as their mother was sick, and their father worked nights. On Friday, December 23, 2011, Aliahna went missing. Plumadore told police that he had just assumed she had left his trailer and gone back to her own. Christmas came and went without any sign of the missing girl. Then, the following Thursday, the FBI became involved in the case, and Plumadore admitted that he had beaten her on his front steps with a brick before working through the night with a hacksaw to dismember her body. He then separated the pieces, freezing her head, hands and feet for unknown reasons, and disposing of the rest of the body in a dumpster.

Plumadore never provided a motive for the killing, which is especially odd considering the other two girls were left unharmed. He was originally facing the death sentence for the crime, but upon pleading guilty, this was changed to life in prison without the possibility of parole. 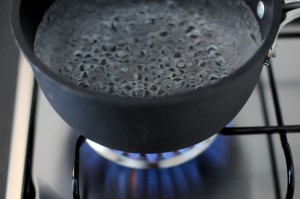 William Howard Lail is being charged with one count of murder and two counts of child abuse after his girlfriend left her two children in his care. On a Saturday night, a panicked Lail ran out of the house looking for help, ran back in, and reemerged with 20-month-old Jaydon’s body. Jaydon was dead, but paramedics came for his three-year-old sister, Kylie, who was with another neighbor by that point. This neighbor noticed that not only did Kylie have fresh marks from being scalded on her head, shoulders, and legs, she also had ones that were obviously there from a while back. She was taken to hospital and treated, while Lail was arrested.

The arrest warrant for Lail states that he had intentionally scalded Jaydon from the waist down, and when CPR was attempted on the night, a large amount of water came out of the child. Although bail has been set at $100,000 for the charges of child abuse against Lail, the charge of murder means he can’t get out. He is currently being held in Catawba County jail, and was told while appearing in court that he faces either the death penalty or life imprisonment. 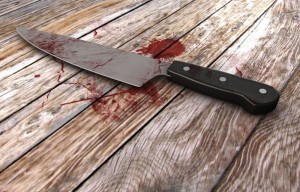 On October 30, 2012, Elzbieta Plackowska was looking after her friends’ five-year-old daughter, Olivia, along with her own seven-year-old, Justin. That night, she stabbed her son 100 times, and Olivia 50 times, killing both of them.

After being arrested, Plackowska repeatedly changed her story. At first, she adamantly denied having murdered the children, saying somebody had broken in and killed them while she was out for a smoke. Soon after, she admitted to killing them because she thought they were possessed by the devil. Later, “the devil” was replaced by “the evil of society.” She also claimed to have heard voices in her head and tried to use her father’s recent passing as an excuse for her instability.

Finally, she admitted to murdering Justin in order to get revenge on her husband and to killing Olivia because she had witnessed the first murder. Artur Plackowski was a truck driver, and consequently spent a lot of time away from home. Elzbieta said he took her for granted and ruined their marriage. Artur claims that this was not the case and that things were fine at home. The petty motive, the multiple confessions, and the fact that she apparently only murdered Olivia because she witnessed the other murder, even though she could have carried out the murder anywhere other than Olivia’s house, all make it hard to know what to believe. In spite of her many confessions, Elzbieta pleaded not guilty in November last year and is undergoing psychiatric evaluation to determine if she can be deemed fit to stand trial.