New technologies and innovations linked to old ones are unlocking scientific mysteries in ways never thought possible. These revolutionary new techniques are allowing unprecedented insight into the natural world.

Whether they reveal an obscure and unseen galaxy billions of light-years away or a cryptic message from millennia ago, these pioneering methods are game changers in their fields. 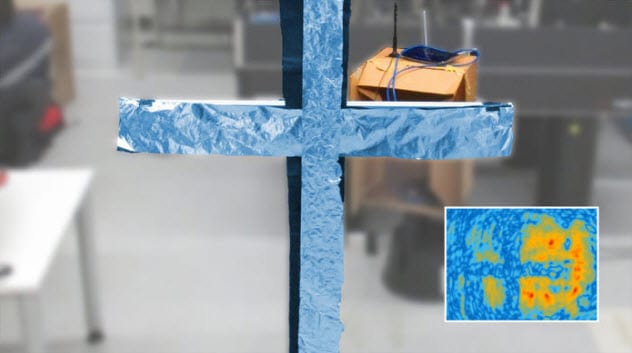 Researchers wanted to see the world “through Wi-Fi eyes,” so they placed a cross made of aluminum foil, a Wi-Fi emitter, and two receivers (one stationary, one mobile) in a closed room. They recorded the Wi-Fi waves as they reflected off the cross to encode its image in 3-D within a hologram.[1]

This technique could eventually reveal the interiors of closed structures even if the receivers are placed outside, with lifesaving consequences for victims trapped under snow or in collapsed buildings. Alternatively, in 5–10 years, Wi-Fi surveillance may be used to organize and supervise factories full of robot workers. 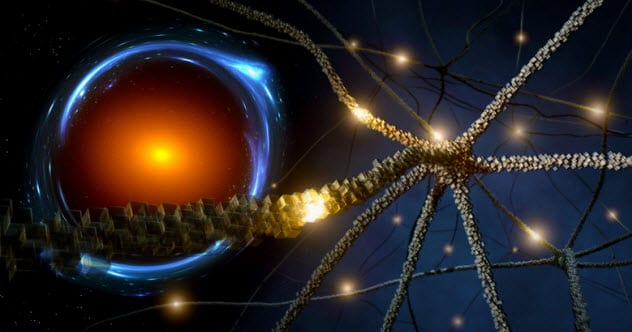 Large enough objects like galaxy clusters can bend light around them, revealing and magnifying the objects behind them.

“Reading” a single lens can take months of work and many tedious comparisons between actual images and numerous computer simulations. But neural networks, or artificial brains based on biology, can decode these lenses 10 million times faster—in a few seconds instead of months.

Scientists fed the aforementioned AI half a million simulated images and tested it against Hubble images. The AI proved itself as accurate as traditional analysis but in a fraction of the time. This tech will open up the universe like never before, with an unprecedented amount of data set to flood in from the next generation of observatories and telescopes.[2] 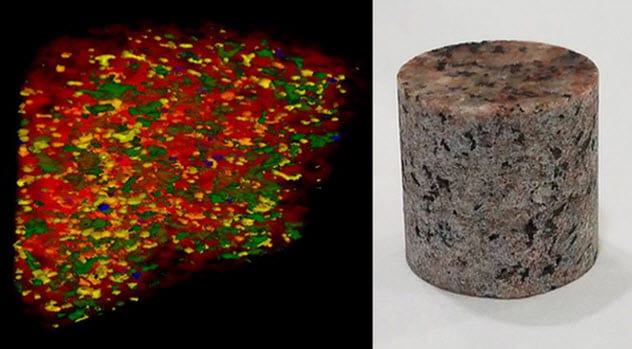 A brand-new imaging technique peers through solid objects by hitting them with a focused beam of neutrons.

Instead of a conventional lens, the new technology uses silicon wafers to split and redirect a neutron beam. The waves strike the object and ricochet into each other, producing an interference pattern.

Unlike other methods, this revolutionary type of neutron interferometry can zoom in and out to detect very small and very, very small objects alike, ranging from 1 nanometer to 10 micrometers. Neutron interferometry was previously a supplement to other imaging efforts, but this advance may turn it into a unique “main course” option.[3] 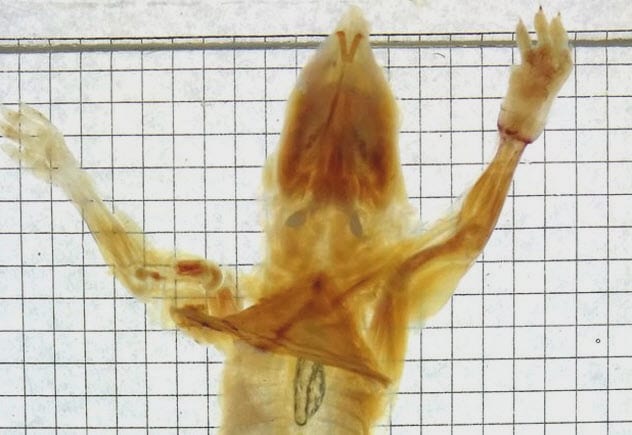 Scientists dunk the animal into a dehydrating solvent that removes water and fat, which shrinks the specimen up to 65 percent and effectively turns it into a translucent mummy.

It doesn’t damage fluorescent proteins engineered into the rodents’ bodies like previous techniques did, so scientists can observe these markers once the animal has been transpar-ified. They hope to use this to one day map the human brain, a feat that would take 1,000 years with conventional methods.[4] 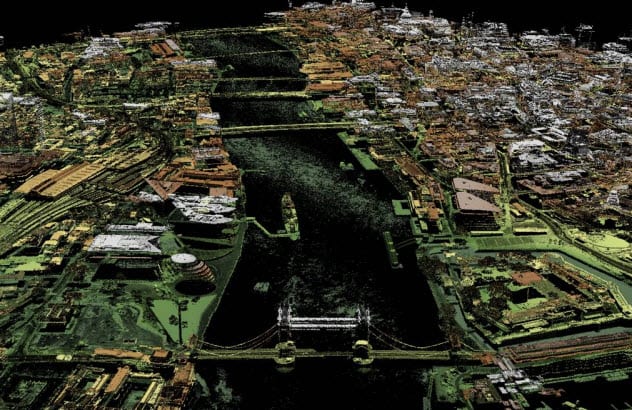 The entirety of England is being mapped by aerial lasers, or LiDAR, a technique that has already scanned 75 percent of the country. From above, researchers pelt the landscape with a million light wave pulses per second, building a 3-D topographical map based on the waves’ return time.

It began as an effort to map changing coastlines. But as an added bonus, it has revealed four Roman roads that snake invisibly beneath the modern terrain.

As a double bonus, it could disrupt the £1 billion a year illegal dumping racket by quickly detecting changes in landscape and allowing the authorities to apprehend dumpers.[5] 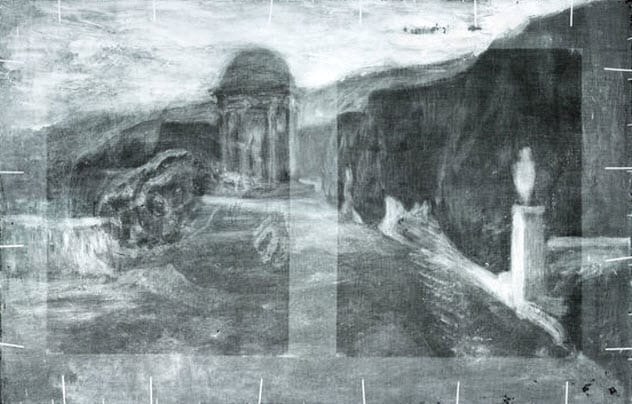 Researchers can peer through layers of paint and reveal secrets beneath some of the world’s most famous masterpieces.

It started with Picasso’s 1902 oil painting La Misereuse accroupie, or The Crouching Beggar. Curious colors and textures peeking out from between cracks in the oil didn’t match the surface layers. So scientists shot different wavelengths of light at it because oil is transparent to some wavelengths. They confirmed a 1992 study that found another artist’s landscape beneath Picasso’s beggar.[6]

X-ray analysis then revealed an entirely new feature, that the women’s hand (obscured by the robe) is clutching a piece of bread. More revelations will undoubtedly follow now that scientists can use this method in situ at museums and such.

4 Detecting CTE And Brain Damage In The Living 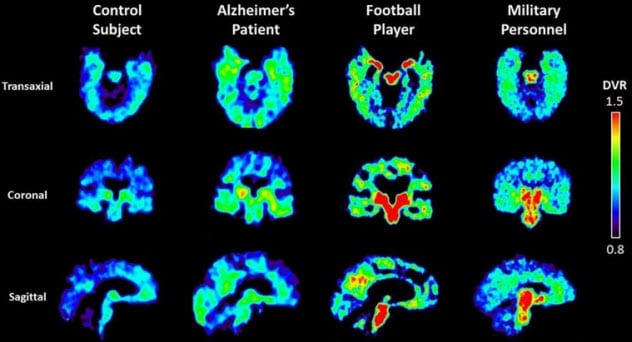 For the first time ever, researchers have confirmed the detection of chronic traumatic encephalopathy (CTE) in a living patient.

The patient, along with 13 other ex-NFL athletes, underwent brain scans. They revealed a protein called tau which smothers damaged cells and migrates across the brain, killing neurons.

In 2015, one of the retired players in the study, identified as former Minnesota Vikings linebacker Fred McNeill, died. The autopsy confirmed that McNeill was suffering from CTE as well as ALS, or Lou Gehrig’s disease.[7]

If validated, such technology would be good for more people than just ex-athletes. It would also benefit the military by detecting brain irregularities in soldiers exposed to the concussive forces of an explosion, for example.

3 Exposing Cancerous Cells With A Pen 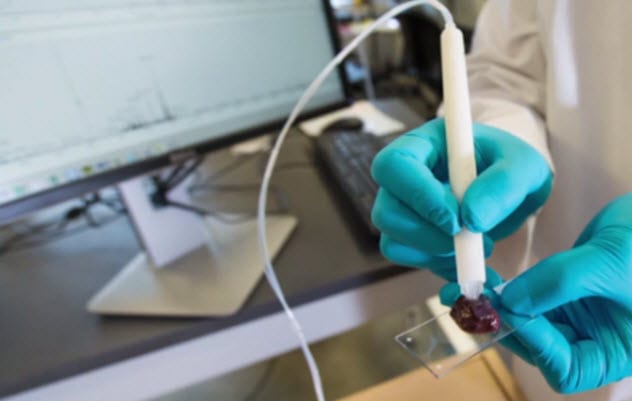 One of the trickiest parts of treating cancer is making sure that every unwanted cell is removed during surgery. Now, a new pen-like device can scan potentially infected areas 150 times faster than current methods.

In proof-of-concept testing on 253 patients, the “MasSpec pen” detected cancerous tissues with 96 percent accuracy and it did so in only 10 seconds.

The pen releases a drop of water onto suspect tissues and then drives it into a mass spectrometer to detect the telltale waste products produced by cancerous cells, even specifying their subtype.

If approved for widespread use, the MasSpec Pen will offer faster, more precise, and safer surgery.[8]

2 Peeking Inside Mummies With A Particle Accelerator 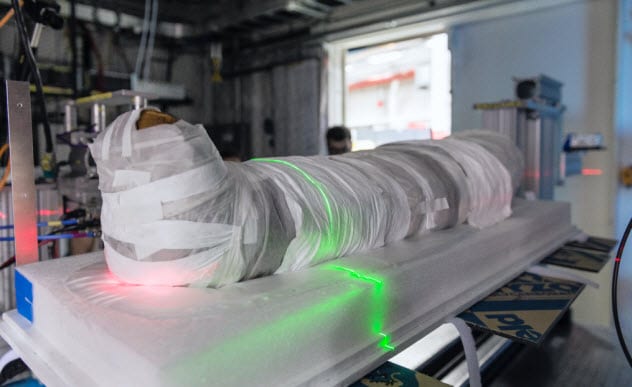 Researchers can now look inside mummies without damaging them, thanks to the Argonne National Laboratory’s Advanced Photon Source, a particle accelerator.

For the first time ever, scientists trained the high-energy X-rays on the Hibbard mummy, a five-year-old Egyptian girl, which dated to the end of the first century AD.[9]

The Hibbard mummy was chosen because of its intact “mummy portrait,” a wooden face panel with a painting of the child’s likeness. Without disturbing the brittle material, researchers saw through its shroud and found unexplained objects therein, like wires in the girl’s teeth, a weird bowl-shaped object in her skull, and some kind of small stonelike item wrapped to the girl’s abdomen.

Pompeii wasn’t the only town buried by Vesuvius’s famous outburst: Little Herculaneum was also smothered by hot ash and lava.

As were its legendary scrolls of Herculaneum, part of the world’s oldest surviving classical library. Unfortunately, they were crisped by temperatures exceeding 260 degrees Celsius (500 °F). Recently, scientists were able to read the letters on one of these scrolls despite its 2,000-year interment and volcanic ash bath.

Scientists analyzed the distortion of X-rays as they passed through different materials. Like the letters on the scroll, which didn’t penetrate into the papyrus and remained in relief by an amazingly tiny tenth of a millimeter, just enough to allow detection.[10]