In 1963, Joseph Valachi became the first Mafia member to publicly acknowledge the existence of the Cosa Nostra (meaning “Our Thing”). Since his testimony, hundreds of connected men have turned state’s evidence. Some of the most influential Mafia leaders of the 20th century have been sent to prison by former members of their organization. 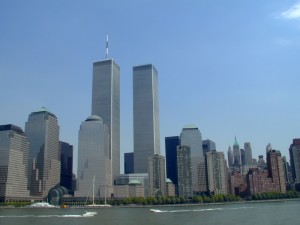 On January 14, 1998, three men robbed the Bank of America offices inside the World Trade Center and stole $1.6 million. It was a poorly planned heist and two of the robbers were caught on camera. The tape allowed the police to track down the leader of the group, a gangster named Ralph Guarino. After Guarino was confronted by the authorities, he agreed to go undercover and infiltrate the DeCavalcante crime family of New Jersey.

Guarino made his way into the inner circle of the family through his friendship with Vincent “Vinny Ocean” Palermo. He wore a wire and planted bugs in order to record valuable information. Eventually, a leak inside the police department threatened Guarino’s undercover work and he was forced into the Witness Protection Program.

Since that time, Guarino has testified against many members of the DeCavalcante family, including Palermo. After being faced with life in jail, Palermo also turned state’s evidence against the family. Largely because of Guarino, about 45 men, including the family’s consigliere and seven capos have been sent to prison. This has allowed the Five Families of New York to seize territory in North New Jersey. 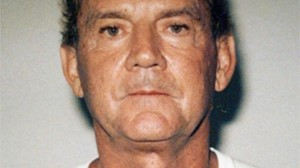 Francis “Cadillac Frank” Salemme is a former boss of the Patriarca crime family of New England. In 1972, he was arrested for a bombing and sentenced to 16 years. When Salemme was released, he took control of the Patriarca family and forged ties with powerful underworld figures like Stephen Flemmi and James “Whitey” Bulger.

In 2012, it was claimed by the associates of new boss Anthony DiNunzio that Salemme was “giving up everybody,” including information on DiNunzio. In response, Salemme’s lawyer denied the claims. Currently, Frank Salemme is in the Witness Protection Program and living in an unknown location. 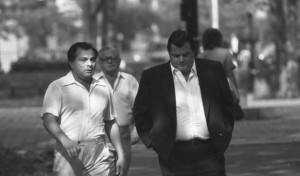 Joseph Massino is one of the few bosses of the Five Families of New York to become an informant—he was the leader of the Bonanno crime family from 1991 until 2004. He became known as “The Last Don” because he was the only New York boss of his time that was out of prison. In 2002, gangster Frank Coppa became the first Bonanno made man to turn. He implicated a large number of high-ranking Mafia leaders, including Massino. The Last Don was arrested and accused of seven murders.

In response, Massino became a federal witness. He was sentenced to life in prison, but after cooperating in a high-profile trial, Massino was released from jail on July 10, 2013. He entered the Witness Protection Program and will receive Social Security from the US government. It has been reported that the new boss of the Bonanno family is Michael Mancuso. 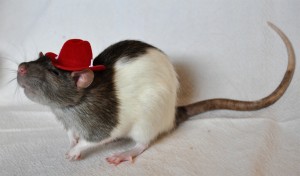 John “Sonny” Franzese Sr. is the underboss of the Colombo crime family (he is currently imprisoned). Born in 1917, he is the oldest active member of the American Mafia. In 2010, his eldest child, John Franzese Jr, became the first son of a made man to turn state’s evidence against his father.

At his trial, Sonny’s lawyer argued that his client hadn’t been a threat to law enforcement since “the age of Eisenhower and Lyndon Johnson and maybe the age of George Washington.” Sonny was dubbed the “Nod Father” because he was seen sleeping during his trial. Despite his age, Sonny was convicted of extortion and sentenced to eight years in prison on January 14, 2011.

John Franzese Jr. entered the Witness Protection Program and receives a monthly Social Security check from the US government. He is not allowed to profit from his story as a mafia member and lives with HIV, which he acquired via drug use. 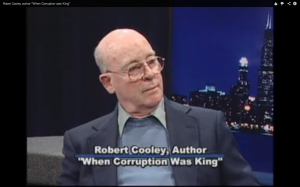 Tony “Big Tuna” Accardo was the boss of the Chicago Outfit from 1947 to 1992. During his time as boss, Accardo increased the power of the Outfit and secretly employed many corrupt officials, including a lawyer named Robert Cooley. Cooley was a “mechanic,” meaning he helped to fix court cases and bribe judges to get lenient sentences for mobsters. According to Cooley, he also paid city officials to influence government decisions.

During his time with the Outfit, Cooley lived an extravagant lifestyle and attended the “last supper” of friends who had been targeted for murder. However in 1986, Cooley became an undercover FBI informant. He provided evidence that put 26 men in prison, including mobsters, judges, politicians, and police officers.

One of the most notorious figures that Cooley put in jail was Harry Aleman. Aleman was the enforcer responsible for the murder of William Logan in 1972. He was initially found innocent, but was later convicted after Cooley testified against him. The ruling was a landmark decision in the US because Aleman had previously been found innocent of the crime. However, it was ruled not to be double jeopardy because Aleman’s first trial was a fraud.

After testifying against the Mafia, Robert Cooley decided not to enter the Witness Protection Program, but was given an alternate identity by the police. He is currently living in California and receives a Social Security check from the government. 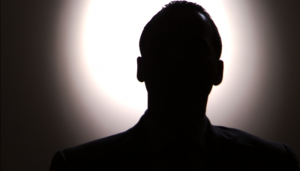 Alphonse “Little Al” D’Arco is one of the few New York crime family bosses to turn state’s evidence. During his time with the Lucchese crime family, D’Arco gained a reputation for violence and was involved with 10 murders. He is quoted as saying, “When a job needed to be done, whenever they needed to do something unpleasant to someone, I was the prick chosen by them.”

In 1986, Victor Amuso became the boss of the Lucchese crime family and Anthony “Gaspipe” Casso was named underboss. As leaders, Amuso and Casso ordered a large number of murders. In 1991, Casso gave D’Arco a list of 49 people that he wanted killed, which caused D’Arco to begin privately doubting the organization’s leadership. In 1991, Amuso and Casso were forced into hiding after they received information that a federal indictment was coming. D’Arco became the acting boss of the Lucchese family.

In September, D’Arco became fearful that he was being targeted for death by Amuso and Casso. In response, he became an FBI informant and testified against some of the highest-ranking members of the New York families, including Victor Amuso. Since becoming an informant, D’Arco has entered the Witness Protection Program. 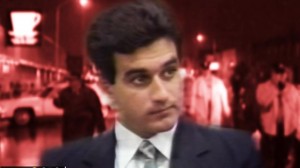 From a young age, Phil Leonetti was mentored by his uncle, Nicodemo “Little Nicky” Scarfo, to become a hit man for the Mafia.

As boss, Scarfo gained a reputation for being a ruthless leader. He named Phil Leonetti underboss and expanded the drug trafficking operations of the family. In 1984, Scarfo ordered the death of Salvie “The Crowned Prince” Testa, causing turmoil in the American Mafia. In 1988, Little Nicky was convicted on racketeering charges and given a 45-year sentence.

The following year, Phil Leonetti was also sentenced to a lengthy prison term. In order to escape the sentence, Leonetti became a FBI informant and helped get Nicodemo Scarfo convicted of first-degree murder. He also testified in a large number of high-profile mafia cases. Initially, Leonetti entered the Witness Protection Program, but he has since left the program and is living with his family in an undisclosed location. 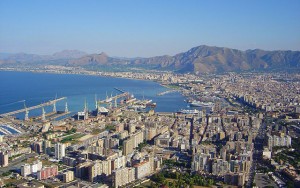 Francesco Marino Mannoia was a high-ranking member of the Sicilian Mafia who became a pentito (government witness) in 1989. Mannoia’s decision to become an informant came after an unsuccessful attempt to replace the local mob boss left him marked for death. In the aftermath of his testimony, he moved to the United States and entered the Witness Protection Program. In retaliation, the Sicilian Mafia killed his mother, aunt, and sister.

In 2011, Mannoai returned to Italy after being disappointed with his living conditions in the United States. He attempted suicide in July 2011. Mannoia is quoted as saying: “Many believe that you enter Cosa Nostra for money. This is only part of the truth. Do you know why I entered Cosa Nostra? Because before, in Palermo, I was Mr. Nobody, afterward, wherever I went, heads lowered. And this for me was worth any price.” 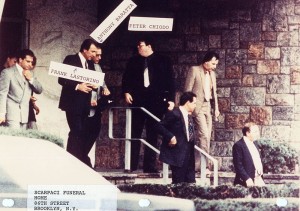 In 1987, Peter “Fat Pete” Chiodo became a made man in the Lucchese crime family. He was a capo in charge of payments collected from the Ironworker’s Union. In 1991, Chiodo was arrested and pled guilty to racketeering. This angered Boss Vittorio “Vic” Amuso who put a hit out on Chiodo. In May 1991, Chiodo was attacked by two men and shot 12 times. He survived the attack (largely because he weighed 500 pounds), but decided to turn state’s evidence against the mafia in return for the safety of his family. When asked why he decided to talk, Chiodo simply responded, “I was shot 12 times.” His testimony helped to put Amuso behind bars.

Chiodo was officially sentenced to 17 years in prison for his crimes, but served no jail time because of his cooperation. He is currently living in the Witness Protection Program with his family. 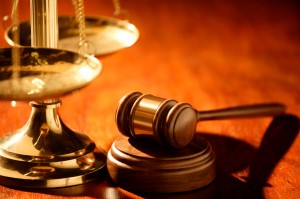 In 1995, Ralph Natale and Joey Merlino took control of the Philadelphia crime family after John Stanfa was sentenced to life in prison. Four years later, Natale was arrested on drug charges and became the first American mafia boss to turn state’s evidence.

He participated in four separate trials and exposed the inner workings of the Philadelphia mob to the police. Natale testified against Merlino, but was unable to provide enough evidence for a murder conviction. Instead, Merlino was convicted on racketeering charges and given a 14-year prison sentence. He was released on March 15, 2011, and currently denies any connection to his past life.

In 2005, Ralph Natale was given a sentence of 13 years, but escaped life in prison due to his testimony. He was released in May 2011 and entered the Witness Protection Program. Natale has since sued the United States Government for depriving him of proper treatment in jail. He has alleged that the government let him “willfully sink into darkness,” which caused health problems later in life.