Terrorism has been a buzzword for people in the media and the government ever since the infamous September 11 attacks on the World Trade Center and the Pentagon in 2001. According to Merriam-Webster, a terrorist is defined as “an advocate or practitioner of terrorism as a means of coercion.”[1] This can be pretty broad but in today’s world, but everyone seems to know what a terrorist is, as many people have seen them on the news networks or, unfortunately, experienced their damage through the awful acts they execute.

A lot of the time, when terrorists are seen on the news, it is because their plots have been successful and have managed to injure or kill innocent people. However, sometimes, the terrorists’ plans don’t always pull through, and they are busted prior to the act being committed or are foiled by their own incompetence. Either way, terrorist groups have been a recurring problem, not just in the United States but in the entirety of the world for most of modern history. Luckily for innocent people, sometimes, terrorist plots are thwarted or fail, and below are ten examples of just that. 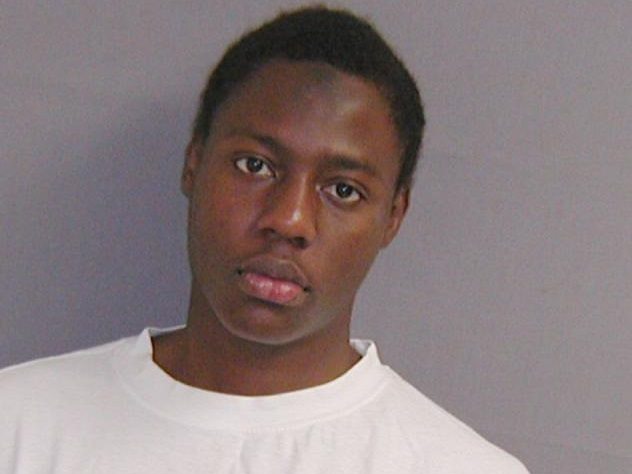 Christmas is usually filled with joy and merry wishes, but Umar Farouk Abdulmutallab was looking to make Christmas Day in 2009 a dark and violent day to be remembered in history. Abdulmutallab became known as the Underwear Bomber when he attempted to smuggle a bomb onto a commercial airliner in, you guessed it, his underwear. On this almost fateful December 25, Abdulmutallab was able to successfully get through security and board a Northwest Airlines flight from Amsterdam to Detroit with the homemade explosive securely on his person. Fortunately for everyone on the flight, when he attempted to detonate the device as the plane was descending, it malfunctioned. There was a much smaller explosion, which some onboard said sounded like a small firecracker, and Abdulmutallab himself caught on fire from the device in his pants.

He was immediately detained by Good Samaritans on the flight, who put out the fire he had caused and escorted him up to the first-class section, where he was restrained until they could land and he could be taken into proper custody. After an investigation, it was uncovered that he was a part of an Al-Qaeda plot stemming from Yemen. Abdulmutallab was ultimately sentenced to life in prison after he changed his plea from innocent to guilty.[2] 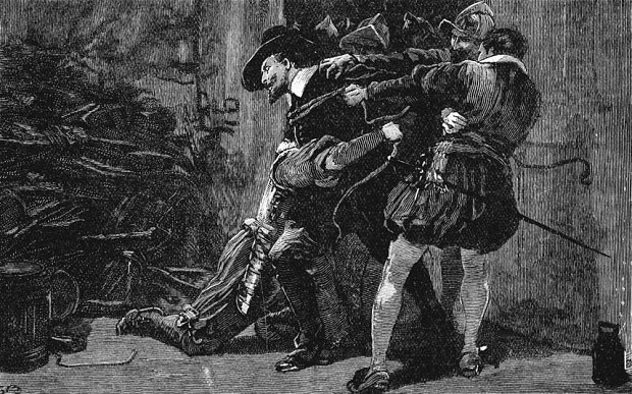 Although terrorists seem to be prevalent in today’s society, terrorism certainly did not start in recent times and has been around for centuries. An earlier example is that of the Gunpowder Plot of 1605, in which several men attempted to blow up the House of Lords in London on November 5, 1605. The king was present for the State Opening, along with many members of Parliament, making this a plot to assassinate the king and many of his high-ranking constituents. The plan was thwarted due to an anonymous letter sent to Lord Monteagle, pleading with him to not go to the State Opening. Unsure whether the letter was valid or not, the building was searched on November 4 for any unusual items. Sure enough, while searching the cellar at midnight, a man named Guy (or Guido) Fawkes was found with barrels of gunpowder.

After the plot was foiled, Fawkes and the surviving conspirators were sentenced to death for treason and subsequently executed by hanging, drawing, and quartering on January 30 and 31, 1606. To deter future terrorist behavior, the limbs and decapitated heads of the traitors were posted around the city.[3] 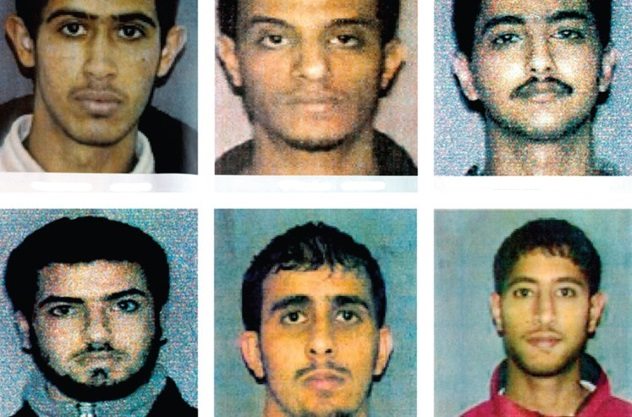 Western New York, known usually only for mediocrity or the antics of the Buffalo Bills, also served as a breeding ground to six men who were arrested for terrorist ties in 2002. The six men from Lackawanna, New York, were arrested after it was uncovered that they had attended an Al-Qaeda-sponsored training camp in Afghanistan. The FBI received an anonymous letter stating the suspicious activities of the men, all of whom had Yemeni ancestry, and they did the rest.

The men’s support for the terrorist group was seen as alarming behavior, and they were arrested. The men pleaded guilty to aiding Al-Qaeda and were sentenced to prison.[4] As they had not actually engaged in any planning or taken any action, they received sentences of seven to ten years, rather than life sentences, and have since been released. They currently work and reside in the same neighborhood they once lived in and are said to have put the whole thing behind them with great remorse. 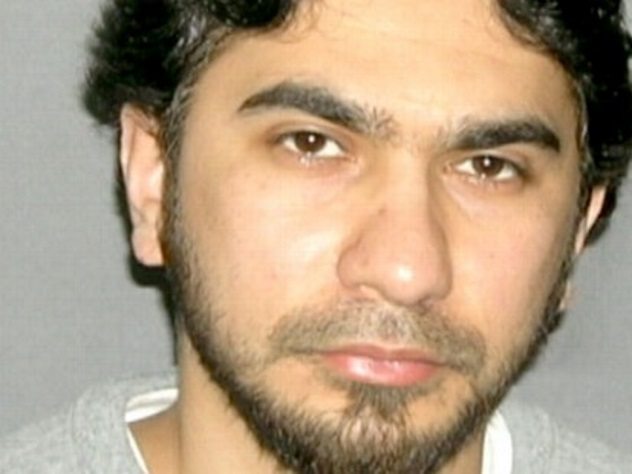 When planning an attack against their enemies, terrorists are looking to inflict two things in particular: fear and death. Looking for places to bomb usually means seeking out high-traffic areas with a high volume of people flowing through. This is why Times Square stands out as a big target for terrorists to plant explosives, and Faisal Shahzad knew this. In 2010, he loaded up his vehicle with a crude bomb and drove near Times Square, where he illegally parked before fleeing the vehicle.

Prior to fleeing, he lit the fuse for the bomb, hoping chaos would soon ensue, but due to a wiring failure in the bomb, the explosives were rendered useless, and Shahzad’s suspicious behavior caused people to notice what was going on and step in. He was promptly arrested. Shahzad was sentenced to life in prison.[5] He claimed, “If I’m given 1,000 lives I will sacrifice them all for the life of Allah.” 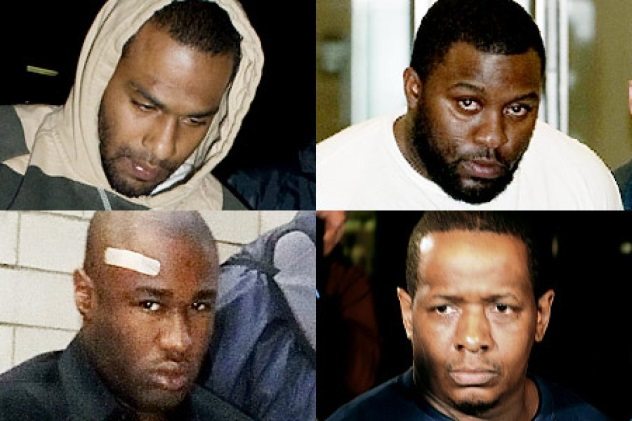 With the immense amount of diversity present in New York City, it only seems fitting that someone looking to attack people with specific beliefs would choose the metropolis for their plot. That is what happened in 2009, when four men thought they could bomb some local synagogues and get away with it.[6] It was thankfully busted when an undercover agent infiltrated a local mosque where these men belonged and continued to hatch their devious plan.

As the men attempted to purchase their supplies, they were led into a trap by the undercover agent and were ultimately arrested. The four conspirators, David Williams, Onta Williams, Laguerre Payen, and James Cromitie, were each sentenced to 25 years in prison. 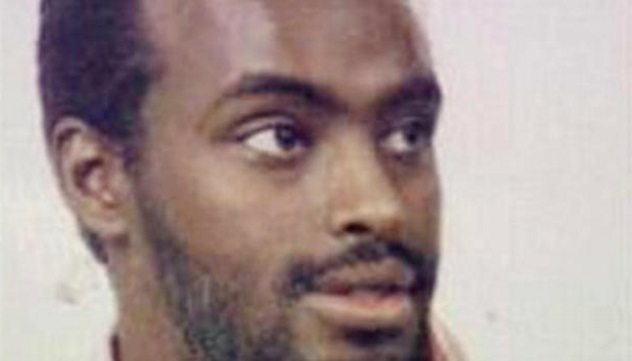 US government agencies such as the FBI, NSA, and CIA all work tirelessly to ensure that innocent American lives are preserved and that the general public does not have to worry about being attacked every day. In the case of Nuradin M. Abdi, these agencies did just that and prevented this man from planting and exploding a bomb inside an Ohio shopping mall. Nuradin is a Somali national who had gone to various parts of Africa to obtain the training and skills needed to carry out an attack that would have left hundreds dead or injured. Linked to Al-Qaeda, he received instructions on how to manufacture explosives and worked with two co-conspirators who lived in Ohio.

According to Department of Justice documents, Nuradin made many false statements and claims about entering and leaving the country, which aroused suspicion and prompted the government to keep a watch on him. Luckily, officials were able to uncover the plan and prevent the attack. Nuradin was arrested in 2003 and received ten years in prison after pleading guilty to conspiracy to provide material support to terrorists.[7] 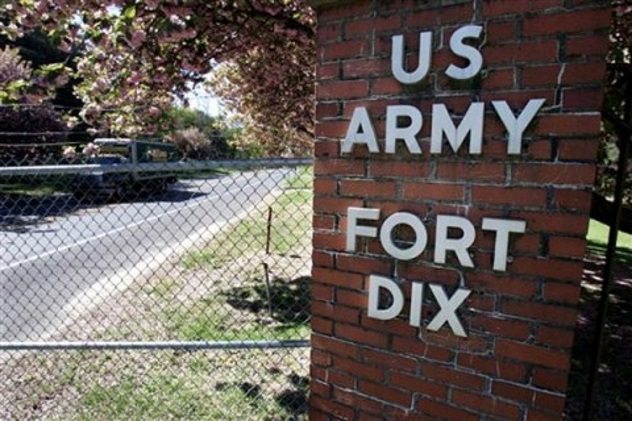 The soldiers of the United States work to fight enemies both foreign and domestic, and with this failed plot, terrorists attempted to bring the violence right to the American home front. In 2007, six men were arrested in connection to a plan to use assault rifles and grenades to attack American soldiers at Fort Dix in New Jersey. The plot was uncovered when the group attempted to have a video tape, which contained scenes of them shouting and waving guns above their heads, converted to DVD.

After a thorough investigation and infiltration by an undercover agent, it was uncovered that the men had been on a training mission in the Pocono Mountains and were equipped to carry out their planned attack.[8] Luckily, they were arrested prior to any violence being committed. One of the six men, who had the smallest role in the plot, accepted a plea bargain and got five years in prison. Of the remaining five, one was sentenced to 33 years, while the other four received life in prison. 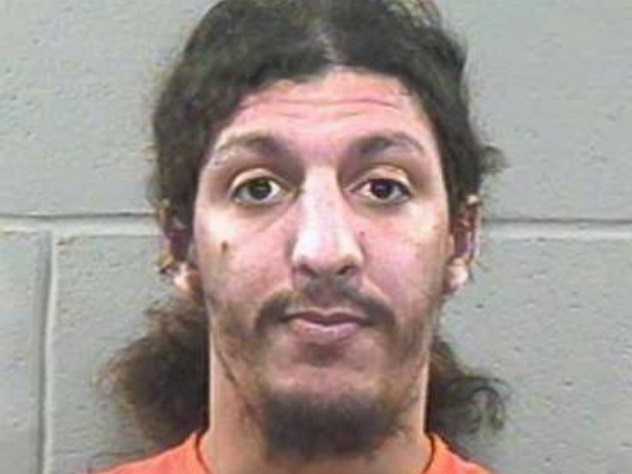 After the terrorist attacks on September 11, 2001, the US was on high alert. One might think it would have been a bad time to try another attack, but Richard Reid was not that one. Just months after 9/11, he thought he would be able to swiftly take down a plane from Paris to Miami in mid-flight. Reid, who was later connected to Al-Qaeda, became known as the “Shoe Bomber” when he attempted to detonate an explosive device he had secretly hidden in his shoes. Reid was able to pack enough explosives into his footwear to destroy a commercial airliner.

Luckily, the plan was thwarted when he was unable to light a match that was needed to ignite the explosive. A few minutes later, he got the match lit, but the shoe bombs were useless from how sweaty his feet were. Noticing this strange behavior, passengers immediately restrained Reid, and a doctor sedated him until they were able to land and have him arrested properly. He pleaded guilty to terrorism in court and was sentenced to life in prison.[9] 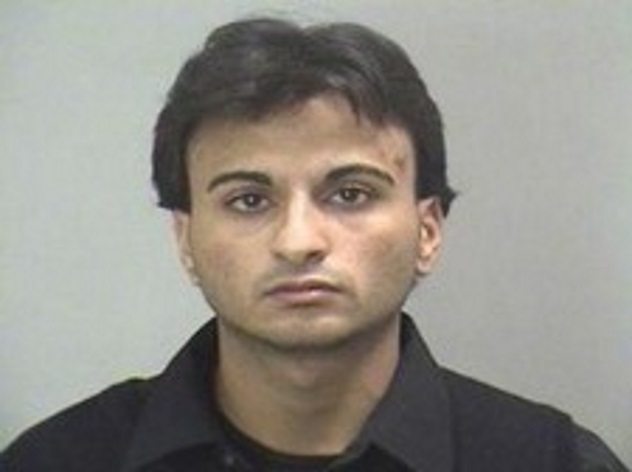 The FBI is there to protect the American people from threats against them, and this failed terrorist plot exemplifies their hard work. Hosam Smadi was the subject of a ten-month-long investigation which resulted in his arrest and sentencing to 24 years in prison. He was noticed when he began posting worrisome writings on a known website for radical Islamists in 2009. His visa from Jordan was expired, which raised more red flags.

The FBI began to surveil Smadi, and three agents began communicating with him, leading Smadi to believe he’d found an Al-Qaeda sleeper cell. Smadi was ultimately supplied with a fake bomb, which he intended to use to blow up the Fountain Place skyscraper in Dallas. He drove the bomb under the building and tried to use a cell phone to detonate it. Obviously, nothing happened. Smadi was promptly arrested.[10]

1 Al-Qaeda Plans To Attack The US Navy 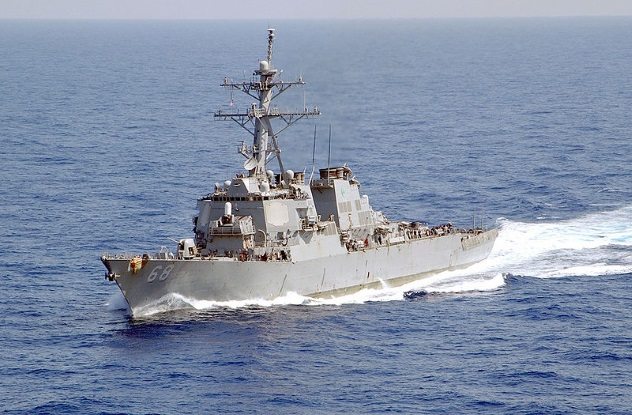 While most terrorist attacks are thought to be on land or focused on buildings, the attack on the US Navy vessel USS The Sullivans shows that terrorists will attack anywhere that will instill fear. In January 2000, a group of Al-Qaeda terrorists planned to attack the USS The Sullivans, which was docked at Aden, Yemen.

Their plan was to load a smaller boat full of explosives, simply drive it up next to the ship, and detonate it. Unsurprisingly, this simplistic plan was not fully thought through. After the boat was loaded with the explosives, it immediately sank.[11]

Unfortunately, a similar plot to attack the USS Cole in October 2000 was successful, resulting in the deaths of 17 sailors.

I am an accountant trying to be a writer. Bear with me.