We tend to think of heroes as wearing capes and hurtling through the sky, but real heroes are all around us, wearing everyday clothes and working mundane jobs like the rest of us. We honor police, firefighters, and soldiers all the time in parades and holidays, but there are so many other heroes—good Samaritans in the right place at the right time who reach inside themselves and act selflessly. 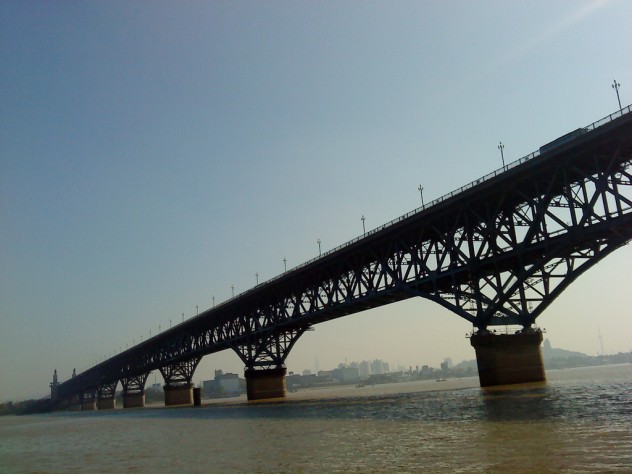 Unfortunately, China suffers from one of the highest suicide rates in the world. With gun ownership severely restricted, many distraught people choose to commit suicide by jumping. But those who decide to end their lives by leaping from the Nanjing Yangtze River Bridge might just find themselves pulled back from the brink by a guardian angel. Chen Si is a family man of humble means who spends much of his time patrolling the length of the bridge, looking for desperate people. Over the 10 years he has served as the “suicide watchman,” he has saved well over 100 lives.

Chen Si does not merely swoop in and talk people off the ledge—he actually rents a house where he takes those he’s rescued to receive psychological help. The work is taxing, and while he receives donations, he is often forced to contribute from his own pocket. His wife complains about the investment he makes, but Chen refuses to abandon the lost souls on the bridge. 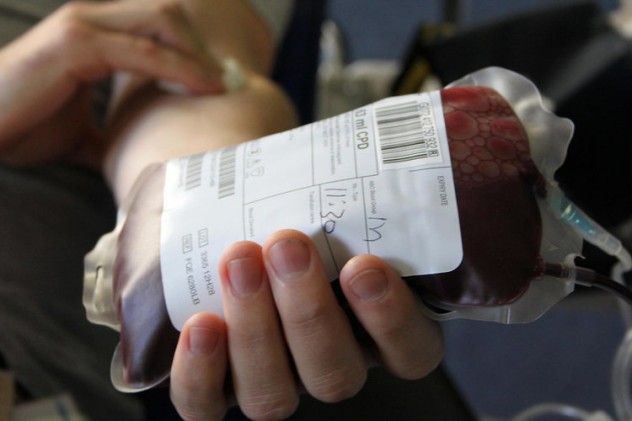 Australia’s James Harrison had a rough start. At the age of 13, he endured a near-fatal surgery to remove a lung infected with metastasized pneumonia. The operation required a heavy blood transfusion. Grateful that the blood had saved his life, Harrison pledged to donate often. It was soon discovered that his blood contained an antibody that protects against Rhesus disease, a disorder that occurs when a mother and child have incompatible blood types. His blood eventually formed the basis for a vaccine against the disease called Anti-D. “The man with the golden arm” has given blood over 1,000 times and saved more than 2 million lives, including that of his own daughter, Tracey.

8 A Mayor And A Bishop
Greece 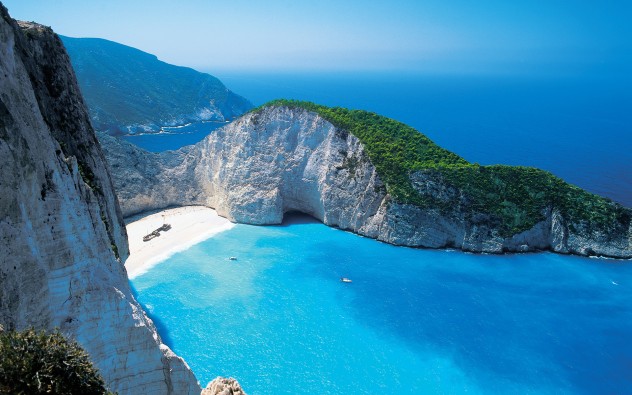 Zakynthos is an idyllic Greek island in the Ionian Sea. During the Nazi occupation of Greece, the governor of Zakynthos went to the local mayor, Loukas Karrer, demanding a list of the Jews on the island. After consulting with clergyman Bishop Chrysostomos, the mayor reported to the Nazis, refusing to give any names. When the infuriated governor once again asked for a list of the Jews, the men handed over a piece of paper with only two names on it—their own. They also handed over a letter from Karrer to Hitler himself, insisting that the Jews of Zakynthos were under his protection and would not be surrendered. In the meantime, the Jews scattered across the island, hiding in Christian homes. When the Nazis withdrew from the island in October 1944, all 275 Jews had been saved by the actions of two brave men. 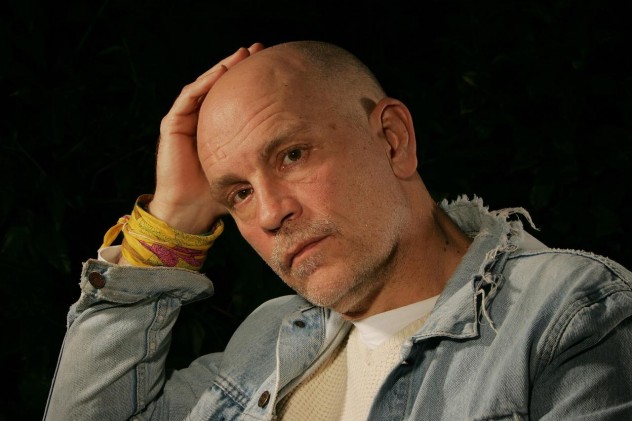 John Malkovich is an actor of stage and screen, best known for his expertise at being a bad guy. While he might play sinister in front of the camera, in real life he’s the kind of guy you really want around in an emergency. In June 2013, elderly tourist Jim Walpole tripped outside his hotel in Toronto, Ontario. Walpole fell against some metal scaffolding and gashed his throat open. As he lay bleeding profusely on the sidewalk, his wife screamed for help. Almost immediately, a stranger stopped and applied pressure to the wound. The stranger was none other than actor John Malkovich, who was in the city appearing in the play The Giacomo Variations. Two others stopped, keeping the 77-year-old Walpole from bleeding to death until an ambulance arrived. Jim claimed, “I owe them all my life, but the first guy really seemed to know what to do.”

When asked about the incident, Malkovich downplayed his role, saying, “Any citizen would do the same—it’s nothing special.” 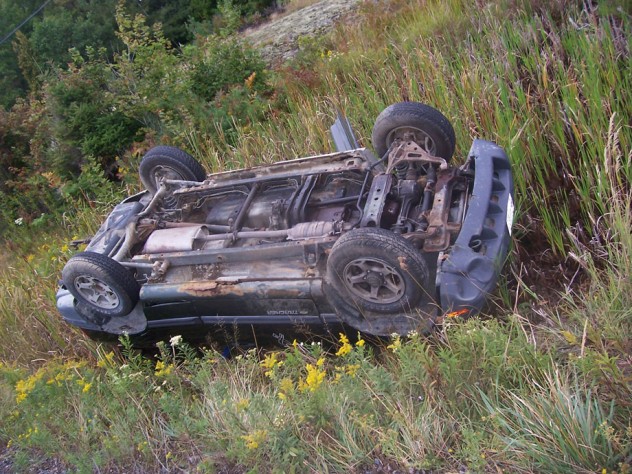 Discovery Channel’s Shark Week is a dubious form of entertainment, but the programming can be credited for saving at least one human life. When four teenage boys flipped a Jeep in Boston, New York, in August 2013, 16-year-old Bailey Mcgroarty was trapped inside. He’d suffered a broken wrist and elbow, and his arm was badly gashed, with arterial bleeding. The teen could have bled to death if it hadn’t been for Robert Nicholas, a passerby who applied a tourniquet. Nicholas had no medical training—he’d learned the technique, he said, from watching a Shark Week show. Mcgroarty was eventually freed from the vehicle and airlifted to the hospital, where an emergency surgery replaced his damaged artery with a vein. 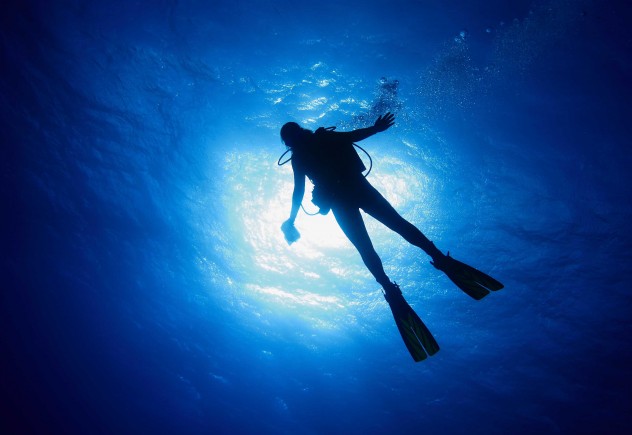 Japan’s 2011 Tohoku earthquake was the most powerful known earthquake in the country’s history, so powerful that it moved Honshu, Japan’s largest island, 2.4 meters (eight feet) to the east and shifted the Earth’s axis. The earthquake and the resultant tsunami were responsible for well over 15,000 deaths, a number that would have been far higher if it hadn’t been for the quick, selfless actions of heroes all over the nation. When towering waves flattened the city of Ishinomaki, 43-year-old Hideaki Akaiwa thought he might have lost his family forever. But the surfer threw on some scuba gear and plunged into the dark waters in search of his house.

He descended into what could only have been an undersea nightmare—icy waters choked with corpses, broken glass, and live wires, and riptides that could drag him out into the ocean or crush him against submerged buildings. Against all hope, he reached his home beneath the water. He found his wife on an upper level, gasping on the last bit of air trapped inside. Akaiwa’s mother was still missing, and he continued to search for her, eventually finding her days later on the second floor of a flooded house. Even with his family safe, he continued to help, setting out on a bicycle to search for survivors for a week after the tsunami laid ruin to his city. Although he received a great deal of media attention for his heroism, Hideaki was reticent about his role, telling reporters through a translator that he went on his desperate search for his wife because “She is very important for me.” 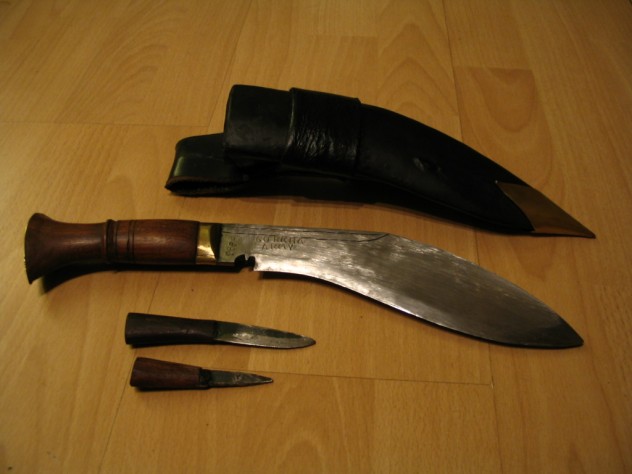 The Gurkhas are soldiers from India and Nepal who have proven over hundreds of years to be warriors of seemingly limitless courage. They are well known for carrying the kukri, a large, oddly curved fighting knife. In September 2010, Bishnu Shrestha was on a train after his Gurkha retirement ceremony. He was on the way to Gorakhpur, a city in Uttar Pradesh, India, when the train was besieged by a gang of 15–40 armed thugs who began robbing the passengers.

Shrestha was prepared to surrender his valuables, until they grabbed the 18-year-old girl who was sitting beside him, with the intent of raping her. Bishnu leaped into action, attacking the men with his kukri. After some 10 minutes of vicious fighting, the robbers fled. They left behind their haul as well as three of their dead and eight more too grievously injured by Shrestha’s blade to escape. Bishnu suffered a wound on his left hand that took two months to heal. Grateful to the veteran soldier for saving the girl, her family offered him a large cash reward, which he declined. He said, “Fighting the enemy in battle is my duty as a soldier. Taking on the thugs on the train was my duty as a human being.” 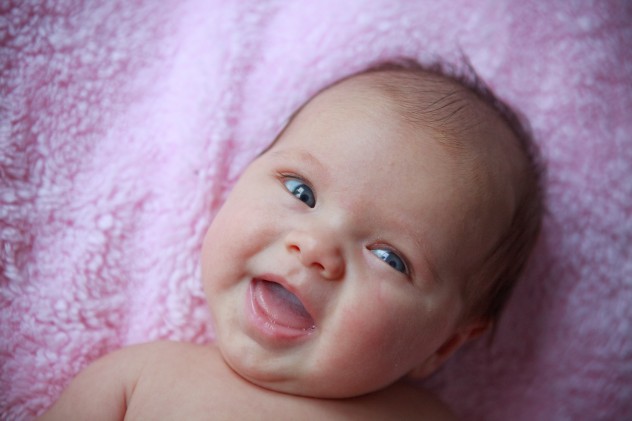 Most heroes are celebrated for their efforts, but the world can be a bizarre place—when bus terminal employees Fiona Bainbridge and Anita Smith leaped into action, they were insulted and abused by the people around them.

In October 2012, a terrified woman approached janitor Bainbridge as she cleaned the bus terminal in Rotherham, England. The woman explained that her five-week-old baby had stopped breathing. Fiona and her colleague Anita Smith rushed over to the baby, which was blue and limp. The women administered CPR to the infant as a crowd gathered, hurling insults and claiming they were using the wrong technique. But something must have worked—just before the paramedics arrived on the scene, the lifeless tot began to breathe again. Later, Anita, a mother herself, would say, “I’ll never forget that baby’s face smiling up at me for as long as I live.” 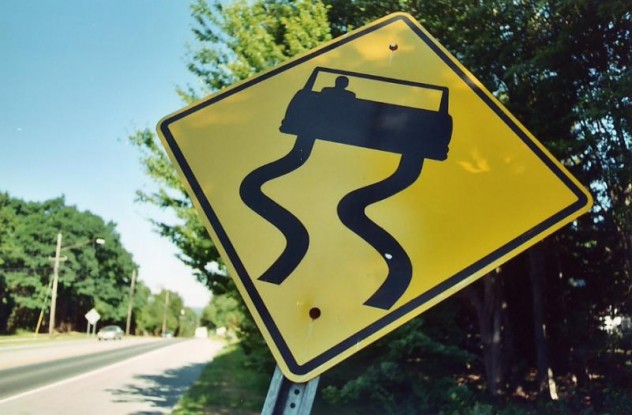 In 2011, six-year-old Ramona Gibbs and her little sister Trixie were playing on the sidewalk outside their home in Bristol, England, when a car mounted the curb and hurtled toward them. The car’s 94-year-old driver had mistakenly stepped on the accelerator instead of the brake. Ramona selflessly pushed Trixie aside and took the full impact. The car crushed her tiny body against a parked Land Rover. She suffered a laundry list of injuries, including a broken leg and rib, damaged liver and lung, a bruised pelvis, a smashed knee, and internal bleeding. Ramona stayed in the hospital for 16 days and required five surgeries. Doctors asserted that had three-year-old Trixie been hit, the smaller child would have undoubtedly been killed. 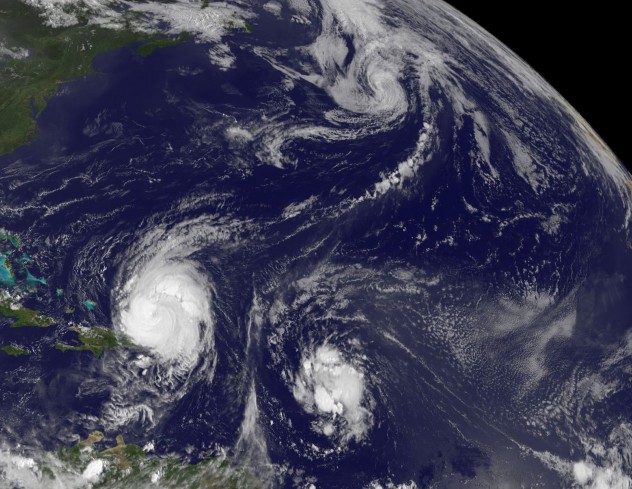 The Philippines are well-versed in storms—monstrous tropical cyclones called typhoons sweep over the island nation several times a year. But 2009’s Typhoon Ketsana was an altogether different beast, one of the most devastating storms in the country’s history, dumping record amounts of rain. Soon, the streets of Manila raged with floodwaters. As neighbors were swept away, 18-year-old construction worker Muelmar Magallanes leaped to their aid. He plunged into the the water again and again, saving more than 30 lives.

At last, he spotted Menchie Penalosa and her six-month-old daughter clutching a styrofoam box as the torrent carried them away. Muelmar swam after them, eventually dragging them to safety. But the teen was exhausted by his superhuman efforts, and moments after rescuing Penalosa and her baby, Magallanes submerged beneath the water and was gone. The young hero’s corpse was found the next day, several miles away. When Menchie Penalosa went to pay her respects beside Muelmar’s coffin, she said, “He gave his life for me and my baby and I’ll never forget his sacrifice. I’ll be grateful to him for the rest of my life.”