As far as stars go, ours is fairly ordinary and straightforward: a giant ball of absurdly hot gas that showed up a few billion years ago and has about a few billion left. But our sun is just one of at least 70 sextillion stars in the universe; with a number that huge, there are bound to be many far more interesting and bizarre than our own. 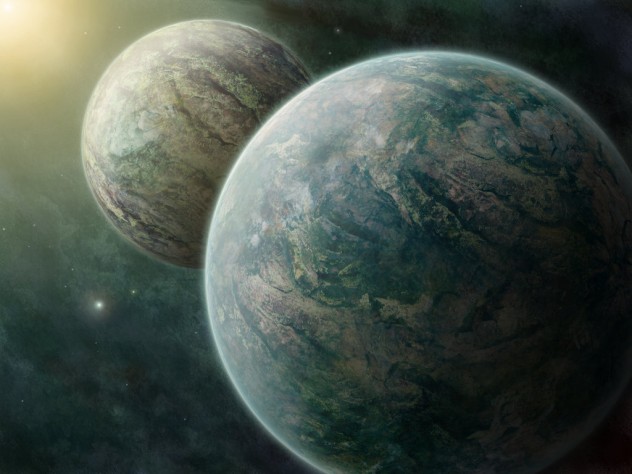 To date, only four planets have been discovered orbiting a double-star system, which means Tatooine is even less likely to exist than you might have imagined. So when a recent double-star system was discovered with not one, but two planets orbiting around them, the reaction within the scientific community was nothing short of pure shock.

The Kepler-47 system has two stars, one roughly the size of the Sun and another three times as small. Orbiting those two are a couple of planets; one of which is within the fabled “habitable zone,” the distance from a star equal to our own, and a signal of potential for life. Or rather, it would be if the planet in question wasn’t a gas giant. Regardless, the existence of the Kepler system renews hope among astronomers that habitable planets do exist and that they could turn up just about anywhere.

9 A Cold, Dying Star That’s Still Brighter Than Our Own 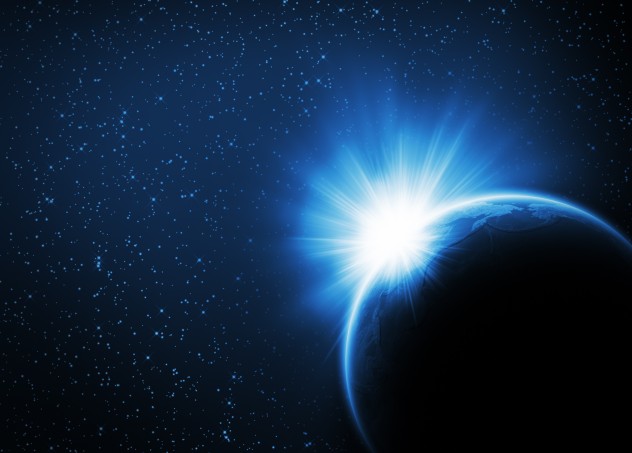 Our Sun, like most stars, is a tad hot. It isn’t until they begin to die that stars cool to a level only slightly less tolerable than swimming in molten lava. Once that happens though, these stars become virtually invisible, especially to the naked eye.

Someone forgot to tell that to La Superba though, a dying red giant about 710 light-years away. At around 2,400 °C (4,400 °F), La Superba is practically frigid as far as stars are concerned. And yet it shines with a brightness that makes our Sun look like a mere nightlight, with over 4,400 times more luminosity (mostly attributed to massive amounts of infrared radiation). This radiation helps give La Superba an incredibly bright red appearance, which allows it to be seen with the naked eye.

8 The Star That Has Turned Another Star Into Diamonds 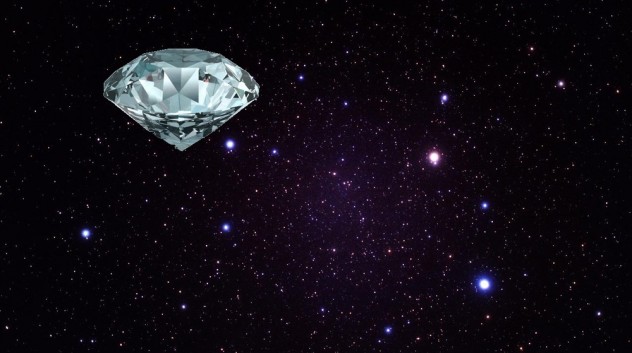 In many cases, a binary star system includes one star that actually does stuff, while the other is too busy being dead to contribute. One such relationship, between PSR J1719-1438 and its deceased brethren PSR J1719-1438b, has resulted in the dead star being altered in a highly unusual fashion. 1438b, an extinguished white dwarf, has been stripped of virtually all of its starlike qualities, leaving behind a rocky core that’s more planet than star. More than likely, the murderer is the host star, whose gravity sucked away all of 1438b’s mass, leaving behind nothing but a core.

If that’s not enough, it might as well be renamed Planet Rihanna, since it literally shines bright like a diamond. Though tiny and stripped of all elements save for carbon and oxygen, 1438b is actually incredibly dense and heavy, even more so than Jupiter. This ultra-compact composition appears to be crystalline in nature, which means that much of PSR J1719-1438b likely resembles a giant diamond. 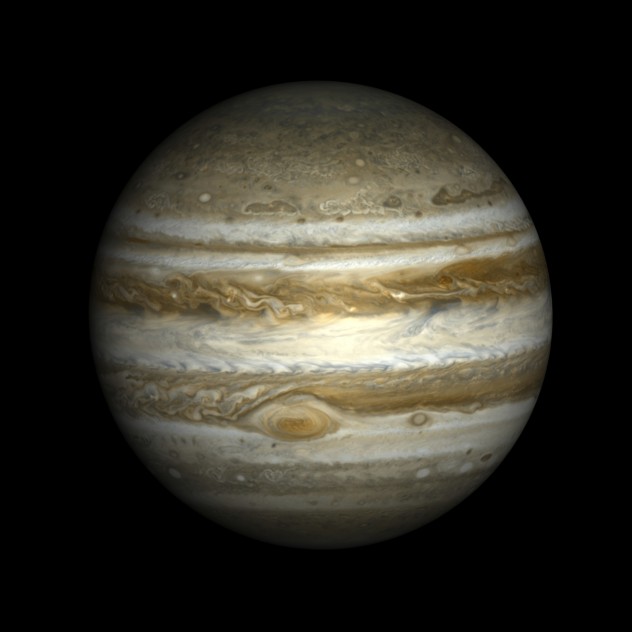 One of the first things you think about stars, aside from “they’re hot” is “they’re big.” Our Sun can fit about 1.3 million Earths in it, and it’s still one of the smaller stars out there. But compared to OGLE TR-122b, it’s a total gargantuan. OGLE is a brown dwarf, which means it never gained enough size, heat, or nuclear energy to be an effective star on its own. It can thank its lucky stars (its lucky self?) that it has another, far larger star in its system to orbit.

But even the weakest of brown dwarfs are usually quite large—not this guy. OGLE is only 16–18 percent larger than Jupiter, making it the smallest star scientists have ever seen and smaller than many known planets in other solar systems and galaxies. Yet it remains a full-fledged, living star, somehow shining just as brightly as any other star out there. However, being so small and so weak, it likely wouldn’t have survived without big brother to back it up.

6 The Most Massive Star In The Universe 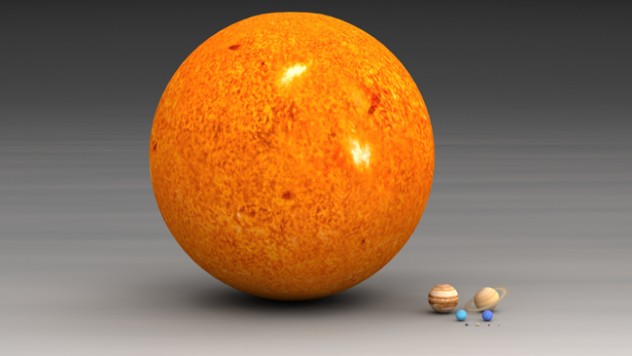 In this case, “massive” doesn’t mean “big.” No, we’re focusing on pure heaviness and mass, and the current grand champion is R136a1. This brickhouse of a blue giant is 265 times heavier than the Sun, a feat once thought to be a physical impossibility. Even freakier is how scientists believe this star has actually lost weight over time; when it formed several million years ago, it might have weighed 320 times as much the Sun. And if that’s not enough, it also dwarfs the Sun in size, measuring roughly 35 times wider than poor old Sol.

Something this stupidly large and heavy can’t last long, as is evidenced by the rapid weight loss. Scientists expect R136a1 to explode in just a few million years. On the plus side, it’s over 170,000 light-years away, so we won’t be affected by it.

5 The Stars That Stole Moons From Planets 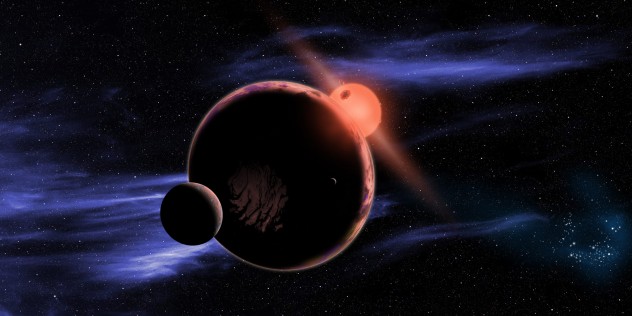 In our solar system, the tiniest planets are the ones closest to the Sun; all our gas giants are safely tucked away in the frozen food section of our little corner shop in the cosmos. Other stars, however, store their largest subjects close to them—quite close. These humongous planets are called hot Jupiters, and many are far closer to their star than even Mercury. And recent evidence has shown these planets might be the victims of thievery.

A hot Jupiter is actually formed far away from its star, a scenario similar to our four friendly neighborhood gas giants. There, satellites can form and orbit with no difficulty. However, the often-gargantuan star’s enormous gravitational pull gradually inches the planet closer and closer, and once it gets within slapping distance, the star will confiscate any moons orbiting the planet, forcing them to revolve around itself for a spell, ultimately sucking them in all the way and completely incinerating them. 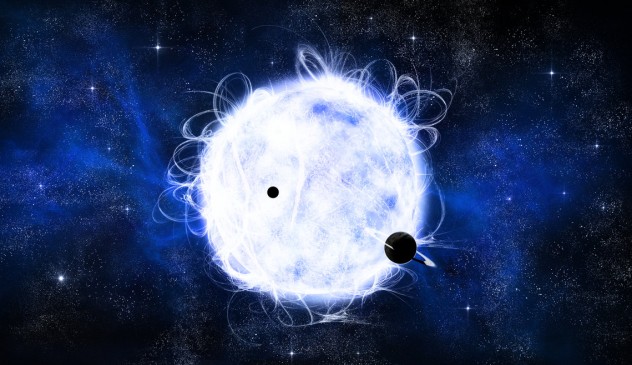 For the most part, a star sporting anything other than pure gas is a rarity—our own Sun has 10 billion times more hydrogen than it does lead, for example—so when two stars are found that are positively packed with metal, scientists tend to pay attention. Blue subdwarfs HE 2359-2844 and HE 1256-2738 have been observed sporting gigantic amounts of lead—10,000 times more than our Sun. In addition, the stars also contain 10,000 times more yttrium and zirconium than the Sun, prompting science to create a new descriptive category: “heavy metal subdwarfs,” comprised solely of these two stars, and Lars Ulrich.

But the surface metal on these stars isn’t scattered on some strange sunny ground or anything. It’s still a big ball of gas, after all. Much of this metal, particularly the lead, is found in a huge cloud layer over 100 kilometers (62 mi) thick that tips the scales at roughly 100 billion tons. Other metallic elements could be producing other, possibly heavier, layers as well.

3 The Widest Triple-Star System Ever Discovered 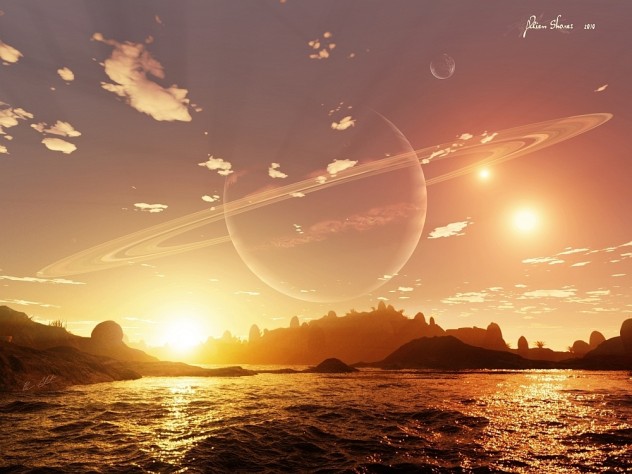 Triple-star systems are not a new thing or even a record-holding thing; we’ve found a quintuple-star system, after all. But usually, these stars are fairly close to one another. Not the case with the Fomalhaut system. Once thought to be a regular double-star system, notable for a large disc of debris and not much else, a third companion has recently been discovered—one very much isolated from the rest of the gang.

LP867-10 had long been familiar to astronomers, but was considered a mere neighbor of the Fomalhaut system. However, new data regarding the star’s velocity and patterns of movement have placed it firmly within Fomalhaut, earning it the creative name of Fomalhaut-C. It’s extremely far away from Fomalhauts A and B (if we observed all three stars from our sky, C would sit roughly 11 Earth moons away from the other two,) but all signs point to the three stars working together to warm up their little part of the universe.

2 The Star Currently Getting Eaten By A Black Hole 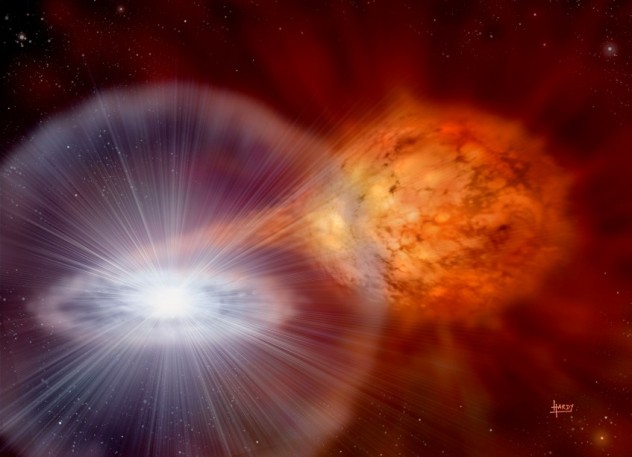 It’s common knowledge that black holes are like hungry, hungry hippos, slowly swallowing anything that veer too close to their gravitational maws. But it’s extremely rare that we actually get to see it happen, and even rarer when the main course is an entire star.

Well, that’s happening right now. Scientists have discovered a star, named Swift J1644+57, that is currently being devoured by a black hole over a million times more massive than the Sun. This discovery occurred because scientists noticed bright gamma-ray bursts that were different, brighter, and that moved more rapidly than most other gamma rays they’d seen. In fact, as the rays were approaching the center of its galaxy, they were moving at 99.5 percent the speed of light, which pretty much never happens.

The only conclusion scientists could reach was that the source of the rays was dinner for a massive black hole, which usually form at a galaxy’s center. Cameras were pointed at the source, and several pictures of the star’s final days were recorded for posterity. 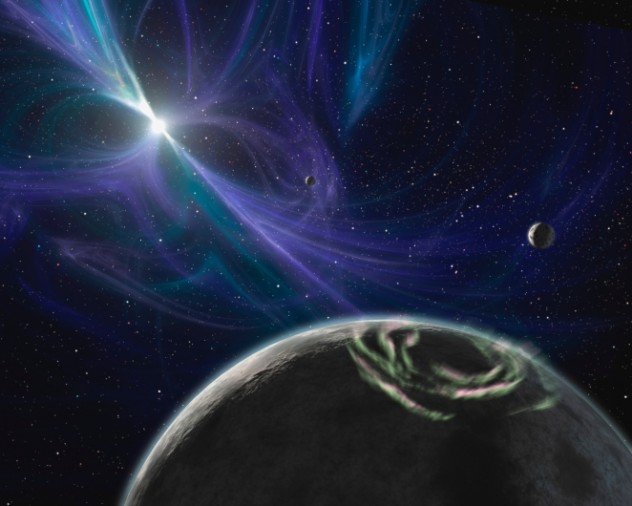 PSR J1841-0500 is a pulsar, an ultra-light, ultra-speedy star that can complete a rotation in as little as half a millisecond. Such a ludicrous speed causes immensely bright rays of light (known as pulses) to shoot out at regular intervals.

However, back in 2009, researchers noticed that the regular pulses of light simply stopped. If this had happened with our Sun, we’d have been too busy freezing to death to really notice. But pulsar stars regularly shut down, typically only for a few minutes at a time. However, PSR J1841-0500 shut off (and stayed off) for 580 days. After a while, researchers all but declared the star dead.

Then, in August 2011, the star reappeared, regularly pulsating again like nothing ever happened. No one is sure why the star turned off, what caused it to turn back on, or if it was still rotating (albeit far more slowly) during its break. Its reappearance, however, opens up the possibility that more pulsar stars out there could slow down and vanish at any time, effectively catching their breath without actually drying up and dying.

Jason Iannone is a Cracked columnist and freelance editor. Join him in laughing at our pitiful, boring-ass Sun at Facebook, Twitter, and Tumblr.