LEGO has captured the imaginations of children for several decades and continues creating a wide range of products to this day. The famous colored bricks made their debut in Billund, Denmark in 1958 as a creation of the LEGO Group. Considered the toy of a million possibilities, the main focus for LEGO was to create something children can play with, over and over, any way they see fit. Despite the company’s focus on an imaginative, child-friendly product, several incidents over the years have provided dark blemishes on LEGO’s otherwise untarnished name. 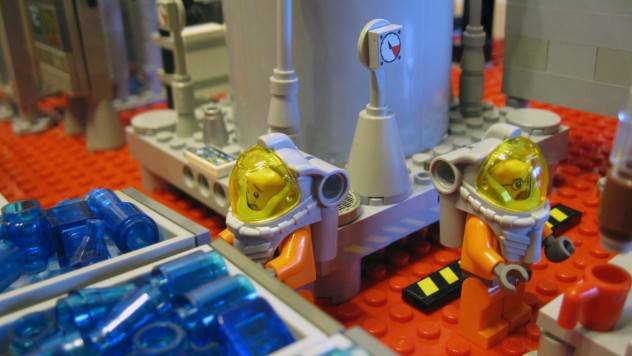 The AMC show Breaking Bad focused on the exploits of a chemistry-teacher-turned-meth-cook and his drug dealer ex-student. Naturally, a Breaking Bad set made from LEGO bricks that became available for purchase online for $250 caused quite a stir. Several Twitter followers posted concerned comments suggesting the set is highly inappropriate for children and the use of LEGO bricks is misleading.

If you’re thinking “There is no way LEGO signed off on that,” you would be correct. LEGO has in no way endorsed or acknowledged the set, though the entire thing is made from their product. The independent company Citizen Brick purchases LEGO pieces and then redresses them into sets that would never make it into the actual toy line, such as drug- and sex-themed sets. 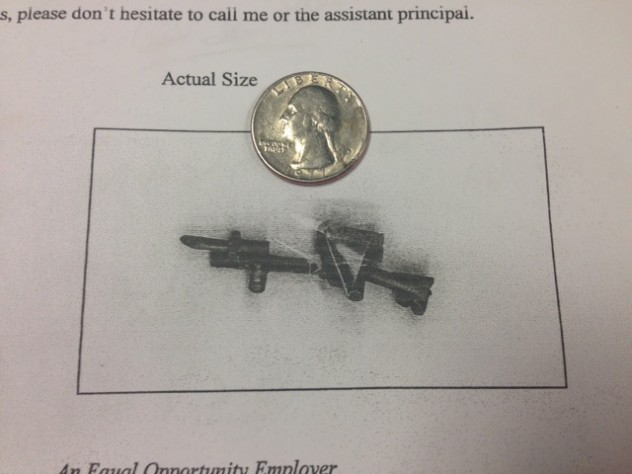 In this modern age of domestic terrorism and paranoia, sometimes all it takes is a single word to send everyone into a panic. In the case of a 6 year old boy from Massachusetts, that word was “gun.” During a morning trip to Old Mill Pond Elementary, the kindergartner pulled out a quarter-sized LEGO minifigure rifle in front of the other students. The other children began to panic, rousing the concern of the bus driver, who immediately slammed on the brakes.

Although the boy obviously did not face any legal repercussions, he was given detention and ordered to write an official apology to the driver and all the children on the bus. The mother of the boy declared the school “overreacted” and that the toy did not pose a threat of any kind. The bus driver, however, stated that several of the children were still in shock and the ordeal was quite disruptive. 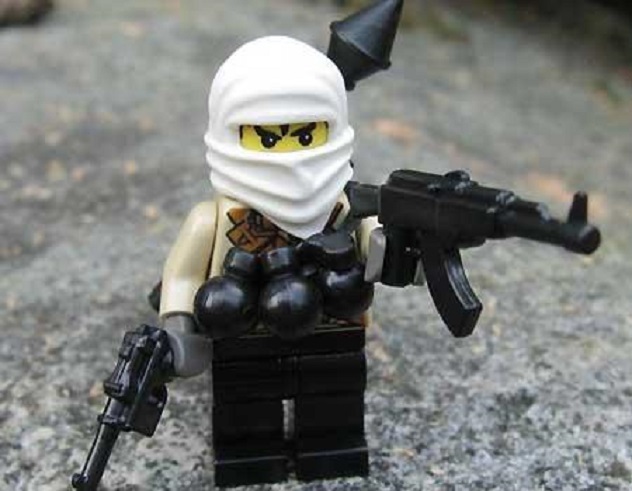 In a similar trend, a company known as BrickArms created a controversial minifigure bandit, affectionately named Mr. White. The minifigure wears a tan militant shirt and black pants, accessorized with a pistol, an assault rifle, an RPG, and several grenades. The figure also sports a white head wrap that bears a striking resemblance to an Islamic terrorist.

At least that is what a Muslim organization called the Ramadhan Foundation believes. The foundations members viewed the minifigure as highly obscene and labeled it as “glorifying terrorism.” BrickArms founder Will Chapman has stated that the minifigure is not a terrorist, but simply a run-of-the-mill bandit with no specific skill set or personality. 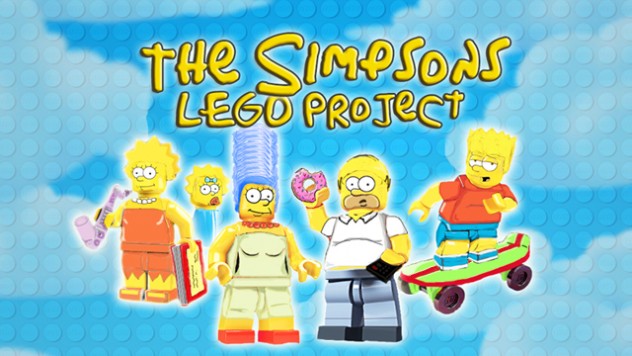 The Simpsons, for those who have been living under a rock for the last 25 years, is an animated television show that focuses on the mishaps of a dysfunctional, yellow-skinned family set in the fictional town of Springfield. The colorful denizens of Springfield are good candidates for collaboration with LEGO—however, the adult subject matter of the show certainly did not fit the age group of the toy line.

When LEGO announced that Simpsons-themed sets would be release in 2014, parents grew concerned that the series wasn’t child appropriate. While LEGO has not made any official announcements involving the concerns, one company spokesman assured detractors that the series of sets were intended exclusively for fans of the television show. 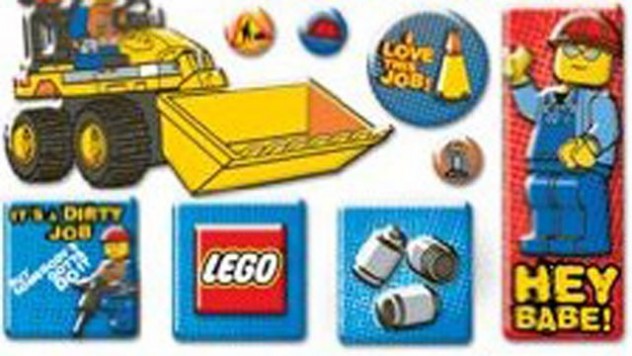 Anyone who has ever played a LEGO video game will know that humor goes hand-in-hand with those colorful bricks. One father of two, however, did not find the humor in a sticker of a construction minifigure accompanied by the catcall “Hey Babe!”

Josh Stearns, who is also a Campaign Director for Free Press, posted the complaint online upon discovering the sexist statement. The complaint gained enough awareness that LEGO saw fit to send Stearns not one reply, but two. The first email, sent by Charlotte Simonsen, Head of Corporate Communications, was considered by Stearns to be insulting, as it insinuated that the company was sorry he couldn’t take a joke. The second email, sent by Andrea Ryder, Head of Outbound Licensing Department, contained a more amiable message that apologized for the sticker’s appearance, while assuring him that the product was discontinued and future decisions would not be made so careless.

It is a fact of life that sometimes lovable creations have a dark side lurking beneath the exterior that the rest of the world sees. The factories that make the LEGOs children love are no different. Earlier this year, LEGO announced that, due to a change with their parent factory in Denmark, 380 workers will be laid off by 2015.

The Denmark factory has always produced, decorated, and packaged a large portion of the available sets, while other factories around the world picked up the slack—but the Denmark factory will no longer package or decorate their bricks, instead sending them to factories closer to distribution points. The Chief Executive of the Denmark plant has stated that while certain employees can retrain and find other positions within the factory, a significant portion will simply be laid off. 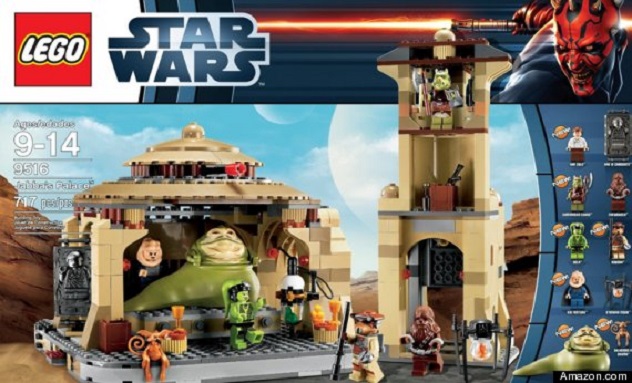 Following in the footsteps of Mr. White, the “Jabba the Hutt’s Palace” set from the LEGO Star Wars line is said to resemble real mosques in Istanbul and Lebanon. A Turkish community in Austria has declared the set is an affront to the principles of their religion, and that depicting an intergalactic gangster as the palace’s owner is offensive.

When word traveled around the Internet that the Jabba set would be discontinued in 2013, the Turkish sympathizers claimed a victory for their cause. LEGO has since corrected the rumors that they were withdrawing the set due to prejudice. In an official announcement, LEGO stated the set had run its course after two years on shelves, and that it was simply time to retire the model. 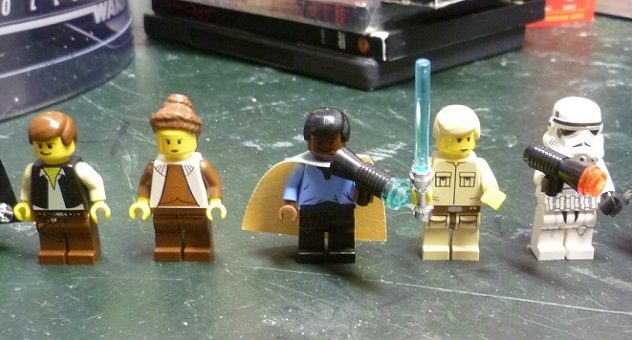 A long time ago, in a brick factory far, far away, a decision was made to unite all the minifigures under one race of color. That color was yellow. According to Michael McNally, the choice for the color was so that the individual playing with the figures could imagine any person from any walk of life. For several decades the LEGO sets have included the bright yellow faces on every single figure—that is, until they ran into Lando Calrissian.

You see, when LEGO acquired the rights to create sets for Star Wars, everything was fine for the yellow-faced characters—except Lando did not receive a figure at all. When LEGO showed no signs of creating the epic character, the public cried out for racial equality among the minifigures. LEGO finally had to address the fact that making every figure yellow would exclude members of races with a darker skin tone. Since that time, LEGO has made strides to include skin tones that not only depict actual races, but also show a wider spectrum of colors. 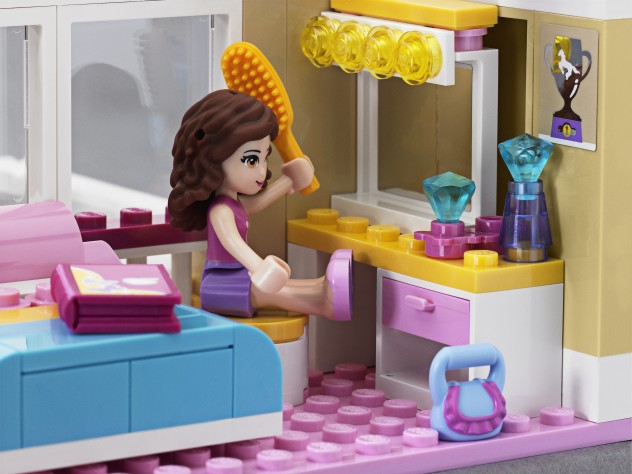 It is no small secret that most would consider LEGOs to be a boy’s toy, regardless of the fact that LEGO has stated that is a unisex product. In opposition to these claims, LEGO released the “Friends” theme of sets that were specifically intended for girls. The sets feature pink and purple bricks, accessories like lipstick and purses, and professions such as baker and beautician.

Upon the announcement that such a line would exist, several Facebook commenters became outraged at the apparent prejudice towards women. Instead of depicting a female scientist or doctor, the sets reinforce the stereotype that women are only concerned with their looks. While the sets have increased in popularity since their initial release, many still find them unsuitable for the world of the modern girl. 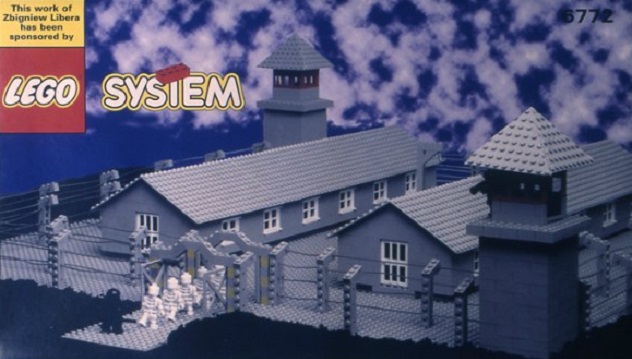 In 1996, an artist from Poland named Zbigniew Libera requested bricks from the LEGO Group in order to make his latest creation. Hoping for some pleasant attention, LEGO agreed to supply the artist with the bricks, not knowing what they were intended for. To everyone’s shock, Libera had used the acquired bricks to construct a concentration camp, eerily similar to the infamous Auschwitz.

Initially, the concept was considered a poor take on some dark humor—however, Libera claimed it was an artistic statement and not an attempt to lighten the tragedies of the Holocaust. LEGO initially asked Libera not to show the artwork publicly, yet after a period of time, they dropped the matter altogether. After several years of attempted censorship and public scrutiny, Libera’s works can now be viewed at The Museum of Modern Art in Warsaw, Poland.

Robert Butler is an aspiring writer and LEGO enthusiast.