The right item at auction can bring instant wealth. Where there is a chance to make quick money, things often turn controversial, strange, or utterly dark. 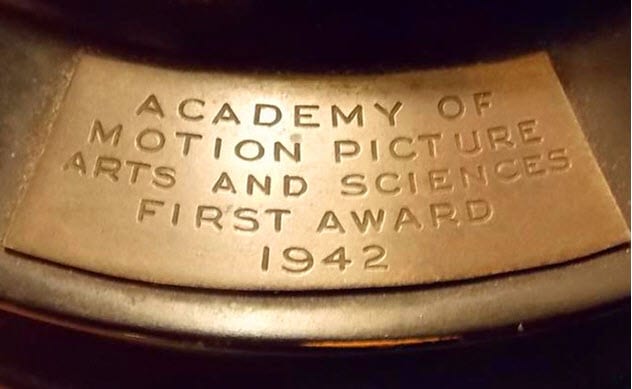 Few might recognize the name, but in 1942, Joseph Wright won an Oscar. He was not an actor but received the prestigious prize for color art direction for the movie My Gal Sal. After he passed away, the statue was inherited by his relatives.

In 2014, the family put the Oscar up for auction. Briarbrook Auction House oversaw the sale, and the winning bid was $79,200. The family turned a tidy profit, the auction house received a commission, and the unnamed buyers could snuggle with their golden trophy. The Academy of Motion Picture Arts and Sciences decided to sue the lot of them.

It claimed a legal right to make the first offer to buy back an Oscar. The Academy then offered a measly $10. This hinged on the fact that a decade after Wright won, Oscar winners had to sign a waiver to that effect (and a lousy price which later dropped to $1). Even though Wright never signed the contract, it did not stop the Academy from throwing a tantrum.[1] 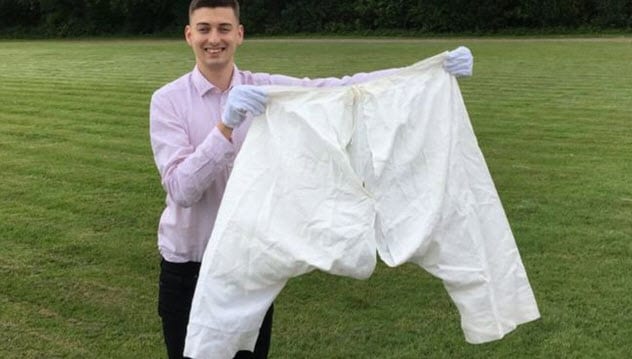 They are big. They are beautiful. Well, at least they are big and royal. This was enough for a buyer who snapped up a pair of Queen Victoria’s underpants for £1,000 at auction. Measuring around 112 centimeters (44 in) at the waist, the silk garment was embroidered with the numeral “2” and her initials “VR.”

The number meant that it was her second pair of bloomers. She wore her underpants in rotation so that none would wear out. It was also a classic example of the “open drawers” style. This meant that the bloomers had a hole in the middle for bathroom purposes.

The seller received the royal pants from a great aunt who was friends with Susan Heard, a lady’s maid from London. How did Heard get her hands on the undies? Apparently, it was normal back in the day for ladies-in-waiting to get together, have tea, and swap clothing worn by their employers.[2]


8 A Laptop With Six Viruses 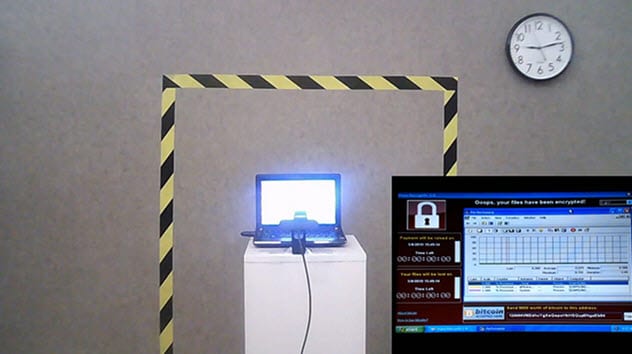 In 2019, Guo O Dong made his million. The digital artist from China wanted to make a statement about the dangers of the web. He created an unusual piece of art—a laptop infected with half a dozen of the world’s deadliest viruses. He called it The Persistence of Chaos, and somebody bought it for $1.3 million.

Dong chose a Samsung laptop running Windows XP and loaded six malware programs. They included the email worm ILOVEYOU (2000), which caused billions of dollars in damage. Another stronger worm was Sobig (2003), for a while the world’s quickest-spreading malware.

Mydoom (2004) was even worse than the other two and is still the fastest-spreading email worm. BlackEnergy (2007) was not a worm but a remote tool used to bring down computers and servers. DarkTequila (2013) and the infamous ransomware WannaCry (2017) are both out to wreck victims’ finances.[3]

To make sure that the digitally-diseased artwork was not purchased by an evildoer, Dong worked with a cybersecurity firm to load the code and block the viruses from spreading to other networks. 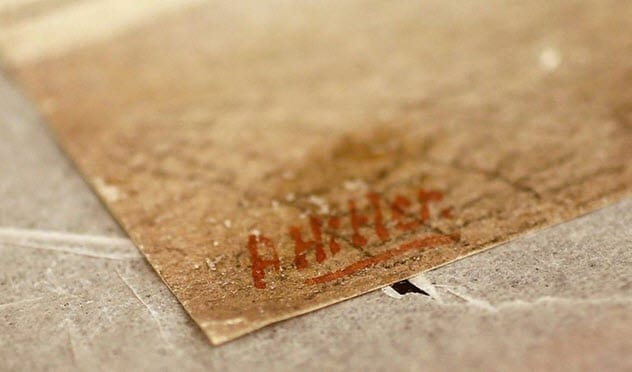 Adolf Hitler needs no introduction, having exterminated millions of Jews and other “undesirables.” Apart from megalomaniacal and sociopathic tendencies, Hitler also had an artistic side.

The Nazi leader tried his hand at painting, and the general opinion is that the work is mediocre. Despite this, during a 2015 auction in Nuremburg, an anonymous buyer purchased a Hitler collection for $450,000. The 14 paintings were watercolors depicting castles and flowers.

It is definitely not Hitler’s skill that earned the large sum at the auction. He was a failed artist who was famously rejected twice when he applied to art school.[4]

Selling bad art from the world’s most notorious dictator has raised questions about the ethics of auction houses. This is not the first time that contentious art has been sold, but Hitler was also responsible for the wholesale suppression and destruction of priceless artworks during his time in power. 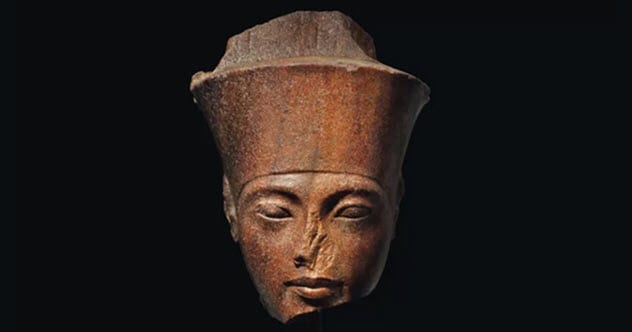 During ancient times, an Egyptian artist created a sculpture of King Tutankhamen. In 2019, it sold at Christie’s for almost $6 million and a furor erupted. That the statue was genuine and valuable was not the issue. It was how it left Egypt. According to Egypt’s antiquities ministry, the artifact was stolen from Karnak Temple in the 1970s.

The London auctioneers insisted that the statue had been legally owned by the late Prince Wilhelm von Thurn und Taxis (1919–2004). However, his son and niece denied this claim outright. When journalists investigated the case, they also found evidence that the prince had never owned the artwork.

To make matters sketchier, both the seller and the buyer stayed anonymous. It was a simple sale that turned into a diplomatic incident that might end with the quartzite sculpture being repatriated if Egypt lodges a complaint with UNESCO.[5] 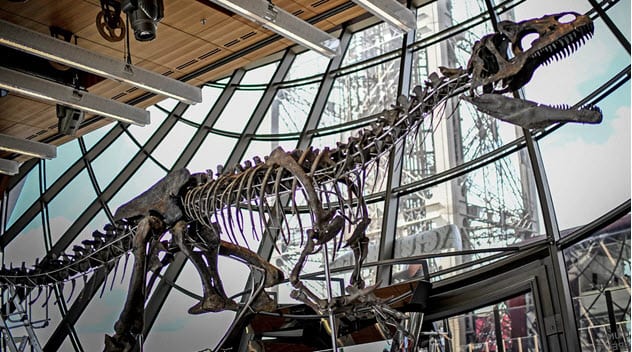 In 2018, a dinosaur skeleton sold for $2.36 million in Paris. The sale rubbed paleontologists the wrong way. The meat-eating creature was part of a new trend that harms the efforts of researchers. Under US law, any dinosaur bones found on private land can be sold by the landowner anywhere in the world.

As fossil sales rake in big bucks, scientists fear this will encourage people to auction off their finds instead of allowing researchers to study the fossils. Worse, fossils stolen from federal land might be peddled as something the owner supposedly found on his property.

Beyond the fact that researchers cannot afford to compete at dinosaur auctions, moving a fossil from its original location removes a lot of contextual information. However, the Paris sale was controversial for another reason.

The catalog said that the creature was probably an Allosaurus, a common predator. Additionally, in what paleontologists described as pure hype, the catalog suggested that it might be an unknown type of allosaurid. If true, however, the loss to science would be all the greater.[6] 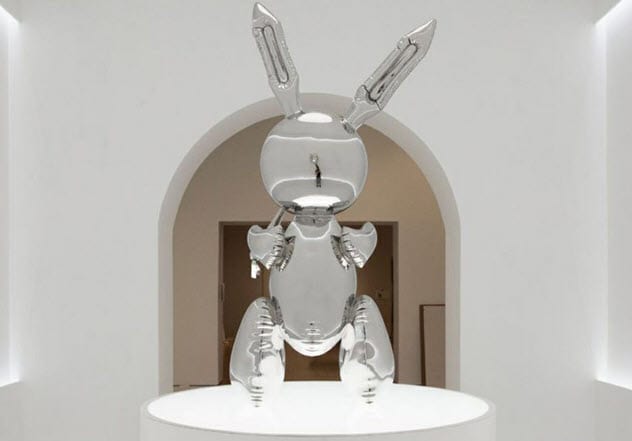 In 2019, Christie’s hit another record, this time for the most expensive artwork sold by a living artist. As the sculpture sold for $91.1 million, one might expect a little more than what it actually was. A big rabbit.

To be fair, the bunny was cute. Forged from stainless steel, the 91-centimeter-tall (3’0″) herbivore was made to look like a balloon animal. The effect was achieved with such realism that the statue appeared weightless.

A Christie’s statement added that the rabbit’s reflective surface was “reflecting us, incorporating us within the ever-shifting drama that plays out on its surface.” In other words, it was really shiny.[7]

The artist, Jeff Koons, did not mull over the perfect name for his record-breaker. He simply called it Rabbit. Although not exactly controversial, the anonymous sale was symptomatic of billionaires flooding the auction scene to outbid other buyers by putting down the big cash.

3 A Painting That Self-Destructed

The British artist known as Banksy achieved fame through anonymity. When nobody looks, he spray-paints his creations on buildings. Banksy’s themes made statements against commercialism, and he even told people not to buy art. Fine words for somebody whose record sale at auction was $1.4 million.

In 2018, another Banksy painting came under the hammer at Sotheby’s. It showed a little girl reaching for a red balloon, and when the auction ended, the simple scene was sold for an amount that equaled his previous record.

However, the moment the sale concluded, the painting self-destructed. A confused crowd watched the image slide into a hidden shredder and emerge in strips from the frame.[8]

Banksy admitted that he was responsible because “to destroy is also a creative urge.” Sotheby’s was not aware of the stunt beforehand. Neither the auction house nor the buyer could be too upset. The world of high art being what it is, the destruction made the work 50 percent more valuable than before. 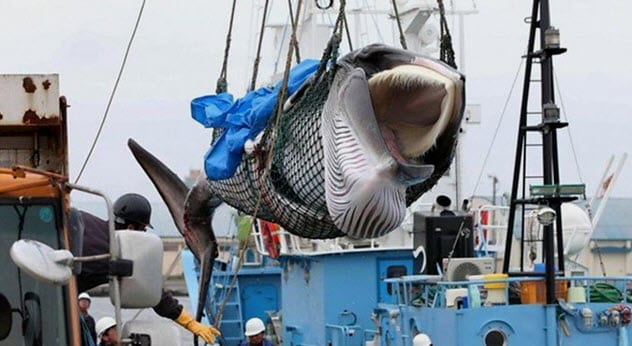 In 2019, to the dismay of conservationists, Japan picked up their harpoons again. Countries that belong to the International Whaling Commission (IWC) uphold an agreement not to hunt whales, a motion that was greenlighted in 1986 due to many species being endangered.

Japan left the IWC in June to lift the ban. Even as a member, Japan had hunted. The country claimed that it was for research and not commercial whaling even though most of the 333 animals killed in 2018 ended up being sold to the country’s popular whale restaurants.

In 2019, Japan dropped the pretense and caught two minkes for commercial purposes. Their meat was sold at an auction with some cutoffs hitting gold at 15,000 yen ($140 or £110).

Despite the international controversy it caused, Japan announced plans to net another 227 whales for the year. The haul would ensure high profits as restaurants are willing to pay premium prices for the meat.[9]

In the end, the whales might have the last laugh. In 2015, the Environmental Investigation Agency found that every dolphin and whale sample they tested was contaminated with unsafe levels of mercury. 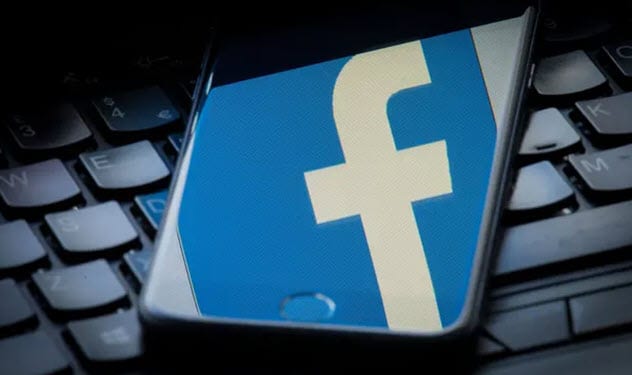 In 2018, an auction was advertised on Facebook. The object being sold? A 17-year-old girl from South Sudan. The event was condemned by human rights lawyers, anti–human trafficking organizations, and local and international communities.

In South Sudan, the tradition of selling child brides is hard to stamp out. Young girls are given to the man who provides the highest “dowry.” In this case, five men fought each other in a bidding war and not one asked the teen if this was what she wanted. She was handed over to a man in his forties as his ninth wife. He paid with luxury cars, 500 cattle, $10,000, bikes, phones, and a boat.

What angered activists—besides the selling of a child—was that she was advertised on Facebook for days before the social media giant responded to complaints and removed the post. Even then, other posts singing the auction’s praises remained. Later, a picture was published showing the sad-looking girl with the buyer.[10]

Read about more surprising auctions on 10 Human Body Parts Offered For Sale At Auction and Top 10 Historical Items That Surprisingly Failed At Auction.