There is no time more shrouded in mystery than prehistory. Because it all happened before the invention of writing, our ancestors weren’t able to leave many clues about how they lived during those undated times.

Thankfully, through scientific persistence and advances in archaeology, we are able to get a better peek at the life of the prehistoric human. Because of these innovations, we continuously discover that not only did prehistoric people live colorful and interesting lives, they also lived lives that are surprisingly similar to our own.

Note: In this list, “prehistoric people” refers to any type of people who lived before the invention of formal writing. 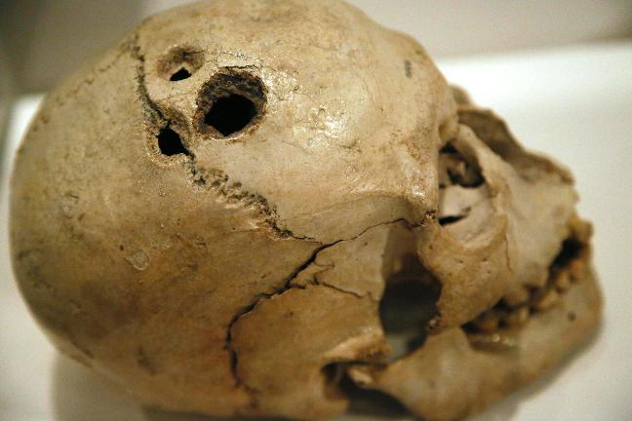 Brain surgery is a recent specialty for medical practitioners. Because of our advancing knowledge in psychology and neuroscience, the idea that one’s mental or neurological disorder can be treated by a few tweaks on our brain is taken for granted. Of course, it’s obviously more complicated than that, since the brain is an extremely complex organ. The delicacy and intricacy of the brain suggests that brain surgery can only be achieved through modern knowledge and technology.

However, brain surgery might not be as modern as many people think. There is evidence to suggest that our prehistoric ancestors were performing brain surgery to cure headaches and convulsions, and most findings suggest they were successful.

Dr. Giorgo Sperati, a medical historian who has studied craniotomies throughout history, noted that half of the prehistoric patients who underwent this primitive surgery survived and lived years after the surgery, evidenced by the regrowth of the bone tissue around the area of the skull that was operated on. Archaeologists claim that these surgeries were done as early as 8,000 B.C. To put that into perspective, the last Ice Age was only just coming to an end during that time.

While sex toys are a topic many of us are uncomfortable talking about, we’re clearly comfortable enough to spend a whopping $15 billion a year on them in the US alone. With that number, it is clear that the sex toy industry has deeply penetrated its target market. And while sex on its own already sells, the use of sex toys as complementary “tools” for adult relationships clearly sells just as much.

Though it’s obvious that the concept of sex has been around since the dawn of man, it might come as a surprise to know that sex toys were also being used during the Paleolithic era. A polished, elongated piece of siltstone recovered from a cave in Germany suggests that early women liked the idea of pleasuring themselves with sex toys. The piece measures 20 centimeters (7.9″) in length and 3 centimeters (1.2″) across. According to the scientists on site, aside from sexual purposes, the phallic object might have also been used for secondary purposes like splitting flints. 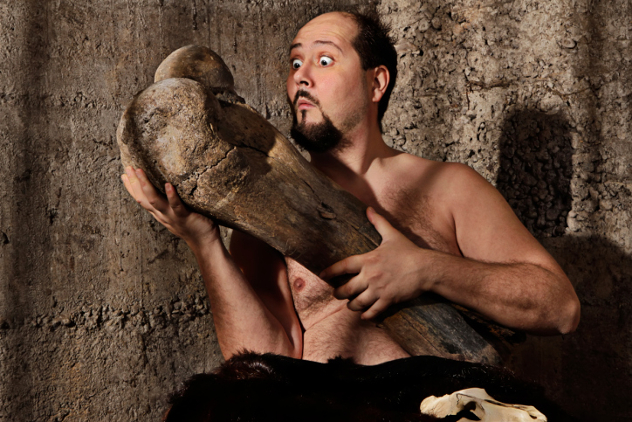 One of the most infamous drug lords in history, Pablo Escobar, was reported to be worth $3 billion at the height of his career. That should prove there is an insanely huge market for drugs around the world. Whether it’s magic ‘shrooms, marijuana, or cocaine, there will always be people who will pay to alter their consciousness.

If you imagined our Ice Age ancestors leading clean, pure lifestyles, you might be surprised. Like many people today, prehistoric people also had a liking for recreational drugs. An archaeological dig in the Caribbean island of Carriacou uncovered ceramic bowls and tubes that were used to inhale hallucinogenic fumes and powders. The surprising thing is that the procedure by which they got their high was really similar to how modern users do it. Archaeologists believe that prehistoric people, akin to some modern drug subcultures, used drugs to achieve a trance-like state for spiritual purposes.

Roughly 37 percent of American households, around 43 million, own a dog. In Europe, 1 out of 4 households do. Suffice to say, having dogs as pets is a big thing for modern humans. Perhaps it’s because in our current world full of sad and alienating things, a fluffy fellow can give us a real connection. We have come to love them so much that the average dog owner spends an estimated $1000 dollars annually to ensure that their dogs get the care they deserve (and the ridiculous costumes they don’t).

And while we previously thought that dogs were viewed more as working animals in our prehistory, science proves otherwise. There is good archaeological evidence that suggests that, similar to present-day dogs, prehistoric canines were also loved as family pets during ancient times.

Fossils of dogs in Eastern Siberia were found in specially made burial vessels. Their stomach contents revealed they had been fed seafood, and they had even been given jewelry by their owners. These dog burials, dated to 33,000 years old, proves that our cultural bond with dogs goes way, way back. Anthropologists at the site even suggested that prehistoric dog-owners might have regarded their pet pooches as “the same as themselves.” Haven’t we heard that sort of sentiment from dog lovers today? 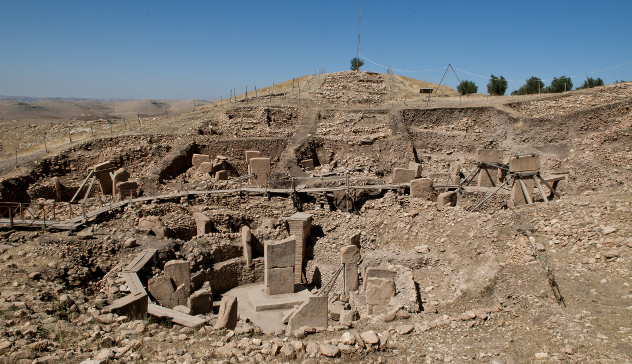 Our love for beer is phenomenal. Currently the US spends almost $48 billion on our favorite alcoholic beverage. And why not? It is a staple beverage at almost all social gatherings we have, from frat parties to Christmas parties. Many of us drink it regularly and most surely had at least had a sip of the beverage. There is no doubt that beer, who has kept parties alive for decades, remains king of party beverages.

Serving beers at parties isn’t a recent development in humanity. Research suggests that prehistoric parties might have also served beers to party-goers. Only last year, archaeologists uncovered a site in Cyprus that had been used by our ancestors to brew beers and hold religious ceremonies.

The ancient brewing station was operated almost 11,000 years ago and contains complete equipment for making primitive beer. Scientists believe prehistoric beer had an important function in strengthening bonds between ancient communities—much like the social lubricant it is today. 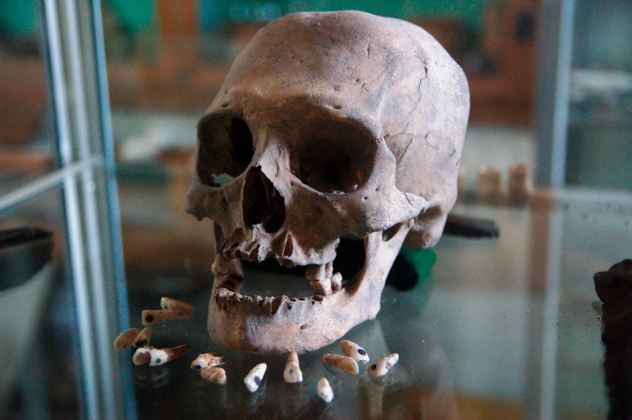 Modern humans spend a great deal of time and energy on oral hygiene. Dentists constantly remind us about the importance of flossing and brushing, and most would cringe at the thought of skipping these routines for more than a day. Without toothpaste, mouthwash, or orthodontists, surely our prehistoric people’s teeth were horrendously decayed?

Astoundingly, no—they had amazing teeth. In fact, they had stronger, healthier teeth than their tooth-brushing descendants. Anthropologists blame the rise of agriculture, since sugar and carbohydrate-rich foods like rice and corn aren’t tooth-friendly. Prehistoric diets meant there was little need for dentists. 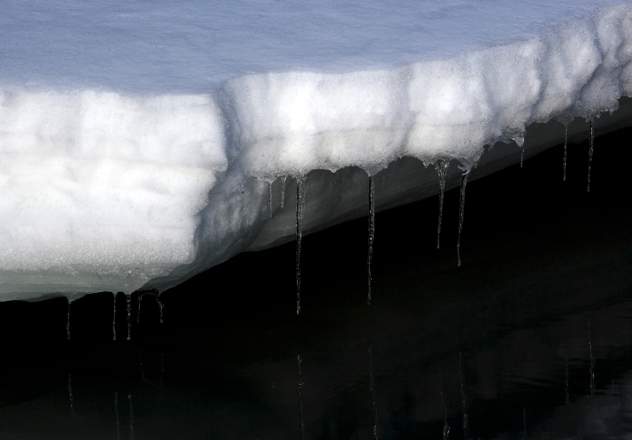 Climate change, defined as the long-term change in the weather patterns of the Earth, has been a controversial topic both in science and politics ever since its discovery. Whether it’s exacerbated by human activity or not, we are going to have to find ways to adapt. Aside from advanced technologies such as renewable energy and drought-resilient crops, over 500 international treaties have been drawn up to mandate policies to help us adjust to the changing climate.

Our prehistoric ancestors did not have written laws or treaties, but that doesn’t mean they weren’t aware of climate shifts, or that they didn’t devise ways to survive and adapt to them. Plotting the advancement of primitive technology during the Middle Stone Age, archaeologists find out that there were “pulses” or bursts in the creation of tools during particular periods. Specifically, when there were dramatic shifts in weather conditions, especially in Africa.

The evidence suggests that prehistoric people created more tools when there were shifts in the climate, suggesting that they were preparing themselves for the changes. Then as now, climate change drove the creation of new technology. 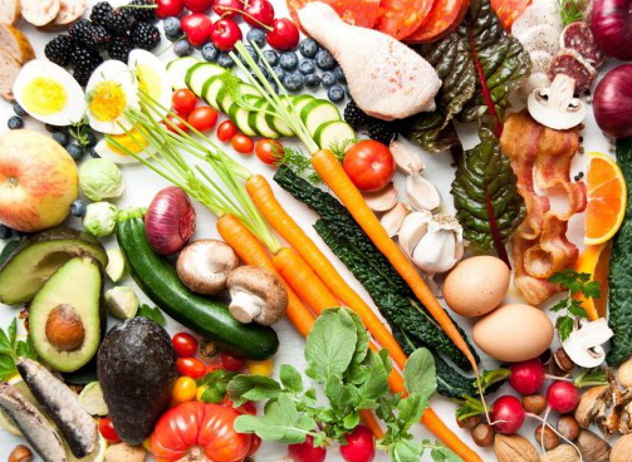 Humans are omnivores. Sure, we might get a bit obsessive about bacon, but we still watch what we eat, and try to eat a balanced meal of meat and veggies approved by modern science. Despite myths of the carnivorous caveman, prehistoric humans were the same, and they didn’t need weight-loss shows or well-being gurus to figure it out.

The influential anthropologist Glynn L. Isaac spent a big deal of his research on prehistoric food and found out that early people also preferred a balanced diet of meat and vegetables, pretty similar to that of modern humans. He and his team discovered that prehistoric people had a set of tools for cutting meat and another set of tools for gathering nuts and other edible plants. 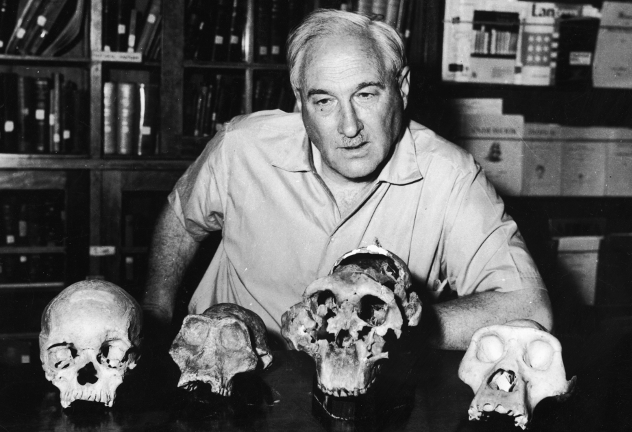 We perceive cancer as a disease of modernity. Factories pump heavy metals into our water supply, while carbon monoxide, a powerful co-carcinogen, pollutes our skies. Nuclear testing, air travel, and medical imaging have all increased our exposure to radiation. The newspapers report on a new cancer-causing agent every other day. It wouldn’t be surprising to learn that cancer is a condition that only proliferated after the Industrial Revolution.

Only that would be false. The world’s most famous archaeologist (after Indiana Jones), Louis Leakey, discovered many things that would revolutionize the science of archaeology. One of these discoveries was the early human Homo Kanamensis, found at Kanjera, Kenya. Leakey noticed that it had an unusual lump on its jaw. Upon having it inspected by a specialist, he found that the lump was a tumor, and the proto-man H. kanamensis had osteosarcoma—otherwise known as bone cancer. 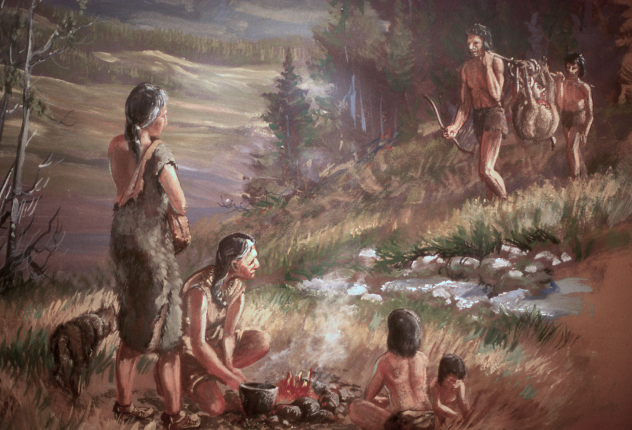 Because of the millenia gap between us and our prehistoric ancestors, it is only safe to assume that there would be an insurmountable language barrier between us. After all, many of us believe that early humans only spoke in grunts. The idea that they didn’t have a well-structured language is common among us and is even popularly portrayed in films and TV commercials. One thing many of us are sure of—if our ancestors spoke to us today, we wouldn’t understand a single thing they said.

Amazingly, that might not be accurate, as researchers from both the UK and New Zealand have discovered. Some of our most fundamental words date back to the Mesolithic period, 15,000 years ago. It’s theorized that some of the words used today, for concepts like “hand” and “fish,” are strikingly similar to the words prehistoric people used.

These words, called “cognates,” sound the same and mean the same across many different cultures and have persevered through millennia, only experiencing slight alteration.

You can listen to some of these words being spoken here.

Asher B is currently in grad school to become a cognitive psychologist. In his spare time, he watches lots of sitcoms and eats lots of ramen.